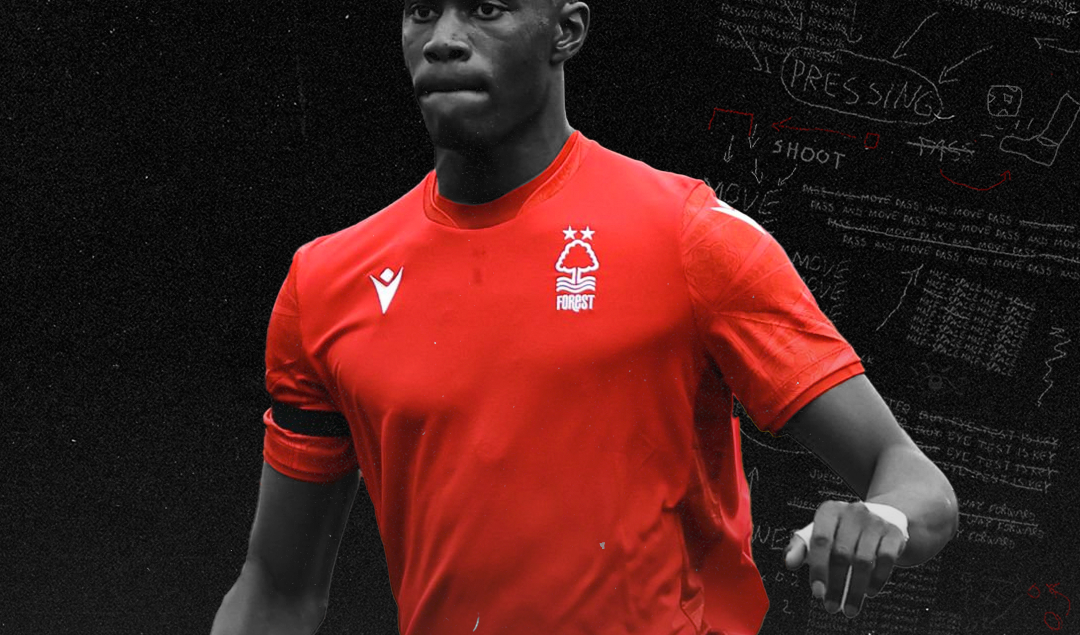 As Nottingham Forest adjust to life in the Premier League following an agonising 23-year absence, it appears that the defence has come under the most scrutiny from fans and experts alike.  But let’s get this straight, this is by no means a marauding criticism of Forest’s back line. Joe Worrall, Scott McKenna and Steve Cook have largely defended resolutely, but have been caught out in moments, accentuating the lack of pace in Steve Cooper’s defensive lineup.

The signing of Moussa Niakhaté looked to be an absolute coup, and one which would enthuse Cooper’s defence with some much-needed speed.  With pace to burn, the 26-year-old ex-Mainz captain arrived from the Bundesliga, and bar a nervy first few minutes at St. James’ park in the season opener, looked oven ready for the top flight. But amongst the carnival celebrations following Forest’s maiden win of the season against West Ham was the devastating news that the promising Frenchman would be out for ‘months’ with a thigh injury sustained during proceedings.

As a result, opponents have capitalised on this weak link in Forest’s back line.  Jordan Pickford’s wonderous ball over the top to Demarai Gray for Everton’s late equaliser would have looked far less like prime Steven Gerrard if Moussa Niakhaté was present.  But having said this, Forest fans will largely agree that our current defensive line isn’t one to be looked down on.

In Joe Worrall, Forest fans are lucky enough to have a player who embodies the people of the City and drives standards on and off the pitch.  Known affectionately as ‘Mr Nottingham Forest’, the people’s captain showed against Tottenham exactly why he is ready for top-flight football; strong both aerially and in the tackle and a great ball carrier going forward. Despite lacking blistering pace, Worrall’s leadership ensures organisation at the back and sets the tone for the intensity that Forest wish to play in under Steve Cooper.

Equally, Scott McKenna was undoubtedly Forest’s most consistent performer last season, receiving a call up to the Scottish national side that almost qualified for the World Cup in Qatar.  Forest fans sing the same song about McKenna as they did to the legendary Des Walker.  “You’ll never beat McKenna” is becoming more fact than fandom.

With the indomitable Scotsman next to Steve Cook, the experienced and solid ex-Bournemouth captain, Forest certainly have a back three that is capable of keeping the door shut on some of the Premier League’s best.  But as ever, as we witnessed at the Etihad stadium, against the Erling Haaland’s of the world the steely and solid Garibaldi guardians are going to need some speed if they are to take their high-pressure game to the best in the league.

Enter Evengelos Marinakis.  The Forest owner promised, in-front of the entire City during our playoff winning parade, that he would provide the necessary ‘ammunition’ for Steve Cooper to assemble a squad the was capable of not only surviving, but thriving in the Premier League.

Boy, has the Greek shipping magnate put his money where his mouth is. On Monday, Forest secured the loan signing of rapid, Brazilian international wingback Renan Lodi (with an option to buy) from Atletico Madrid.  The Colchoneros rejected advances from Manchester City for the out of favour wingback and Forest swooped in to announce yet another blockbuster name on the their roster.

Whilst there is no doubt he will provide some much-needed cover in counter-attacking situations for the Reds, the noises coming out of the City Ground is that the Forest hierarchy won’t disappoint in bringing in a pacey central defender to plug the gap while Niakhaté seeks to recover from his hamstring injury at the same pace as his sprints.

It would seem that Willy Boly is the man Forest have set their sights on.  Whilst he will no doubt provide some much-needed depth and Premier League experience, the recently injury-prone Ivory Coast international has not necessarily excited some of the passionate Forest fanbase.

Nevertheless, Forest’s transfer business this summer is all the evidence you need to understand the ambition of this great club.  And with Steve Cooper giving the green light to all the new acquisitions, most Forest fans will affirm that ‘in Cooper we trust’ and rest in the knowledge that if he sees Boly and Badé as the answers to Forest’s issues around speed in the defence, then fans need not worry too much.