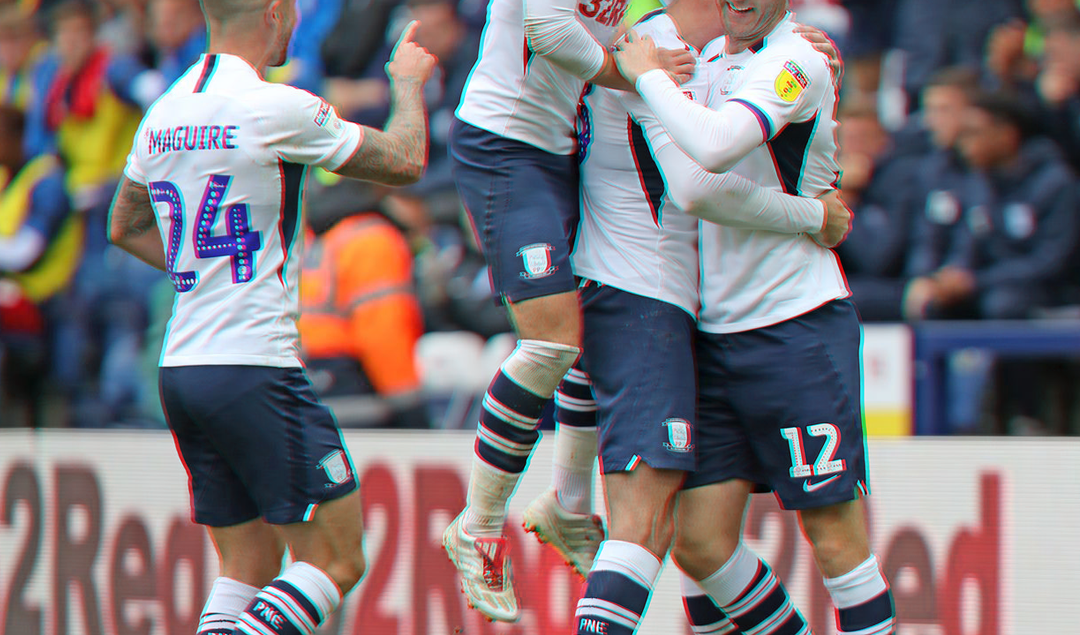 Preston North End have made an impressive start to the 2018/19 EFL Championship season, sitting 3rd after 17 games. The Lancashire outfit, who boast a squad primarily made up of British players, have established themselves among the leading pack in the race for promotion to the Premier League.

North End always seems to be labelled as “dark horses” for promotion before every Championship season, alongside the likes of Brentford and Bristol City.

They have a talented manager and a good squad but critics are unsure if they can really sustain a prolonged promotion push. This season is Preston’s chance to prove these critics wrong.

Preston primarily operate in a 4-2-3-1 formation with a quartet of attacking talent spearheading the side. The majority of their attacks come from either wing with the focus mainly being getting balls into the lone striker.

They go against the grain in terms of what a stereotypical Championship team is perceived to play like as they have a fair share of possession, don’t pump long balls into the attackers and generally play a watchable style of football.

They are also a versatile squad that are capable of playing different styles of football from game to game, depending on the opposition.

Whilst they don’t play with overlapping centre-backs or dazzle opponents with tika-taka football, Preston’s system seems to be effective. One weakness within their squad that could be exploited is their inconsistent goalkeeper, Declan Rudd, hence the rumours of Caoimhin Kelleher joining on loan from Liverpool surfacing.

The Lillywhites appear to be similar to the likes of Burnley and Sheffield United in the sense that they don’t seem to have any huge egos or big-money signings that think they’re bigger than the club.

Having a happy, united dressing room is a key factor in a team’s success and from the outside it looks like Preston have this in abundance. Neil has established a tactical system and an ethos that suits the club well and he is reaping the rewards from this.

Whilst Preston have a balanced squad, there are some stand-out players who have been influential in their success so far this season. Daniel Johnson, Paul Gallagher and Patrick Bauer all play centrally and form the solid spine of the team.

Daniel Johnson is a skillful attacking midfielder who has been doing well in the Championship for some time now but is really excelling this season. He has scored 8 goals and assisted 4 so far this season which is a brilliant return after just 15 games.

The Jamaican international can be considered one of the best bargains in the Championship, signing from Aston Villa for just £50,000.

Johnson can be deployed almost anywhere in central midfield, turning out as both a defensive midfielder and a number 10 so far this season. It is very easy to “go missing” whilst playing behind the striker but Johnson has contributed a fair amount this campaign and wouldn’t look out of place in a Premier League side.

Paul Gallagher has aged like a fine wine and is still pulling his weight in the Championship despite being 35-years-old. Gallagher has 6 direct goal involvements whilst pulling the strings in defensive midfield for Preston.

His playtime needs to be managed as the demanding schedule of the Championship can be brutal at times but the Scotsman is showing no signs of da decline in ability, unlike many of his age mates. Gallagher has had an admirable career and the nomadic midfielder would love to cap it off with a promotion.

Patrick Bauer, one of the only non-British players in Preston’s squad, has been a stalwart in the North End defence all season.

Another astute pickup, Bauer joined on a free transfer after scoring a 94th minute winner for Charlton Athletic in the League One play-off final. He has taken to Championship football like a duck to water and has slotted seamlessly into Preston’s back line.

Bauer is 6’4 and able to deal with some of the league’s more powerful strikers whilst also being capable of playing with the ball at his feet. He’s formed a formidable partnership with Ben Davies at the back which has acted as the springboard for Preston’s success.

Preston’s manager, Alex Neil, has been quietly making waves in management since he hung up his boots. The 38-year-old’s CV is already pretty stacked despite his relative juvenility.

Starting as a player-manager at Hamilton Academical when he was just 31, Neil quickly impressed the Accies’ hierarchy and was made permanent, full-time manager at the end of the 2012/13 SPFL season.

Hamilton have historically been a “yo-yo” team, bouncing up and down the Scottish football pyramid and Neil was able to get them back into the SPL after just his first full season, winning the play-offs.

He showed no signs of being phased by the jump up to the SPL and Hamilton were third in the league by January, beating Celtic away was a highlight of the progress they had made.

This was an applaudable achievement which didn’t go unnoticed as Neil was offered the Norwich City job. He took the Canaries from 7th to 3rd in the Championship and won another play-off final as Norwich beat Middlesbrough at Wembley.

Two promotions in two seasons was a baptism of fire for Neil and showed that he had a natural talent in the dugout.

Operating on a modest budget in the Premier League, Neil found it tough to recruit quality players and his side were relegated straight back to the Championship.

Norwich then suffered from a “relegation hangover” and an inconsistent run of form led to Neil getting the sack in the March of the 2016/17 season. A tenure that began with so much success and promise petered out into an uninspiring end.

The Scotsman wasn’t out of a job long and was appointed as Preston’s manager in the summer of 2017. Preston flirted with the play-offs in Neil’s first season, finishing 7th, but then struggled and languished in mid table for most of last season, ending up in an unremarkable 14th place.

Neil shook off this disappointment and has started this season brilliantly, leading many to believe that he can guide Preston to the Premier League. Neil is a young, hungry manager who’s already experienced the highs of promotion and the lows of relegation.

He will be itching to have another shot in the Premier League after his frustrating lone season in the top flight, this season may be his chance to get back to the promised land.

Preston are a small club who’ve never played in the Premier League and haven’t been in the top flight of English football since the early 1960’s. They rarely attract crowds of over 15,000 and have an averaged sized trophy cabinet.

Despite these factors working against them, Preston are determined to clinch promotion to the Premier League after almost 60 years away from the promised land.

The Lilywhites have a well gelled, experienced squad and an ambitious manager so you’d be a fool to rule them out simply because of the modest size of the club.

They’ll be up against teams with bigger stadiums, bigger fan bases and more financial muscle such as West Brom and Leeds but maybe, just maybe, the plucky underdog can surprise everyone…