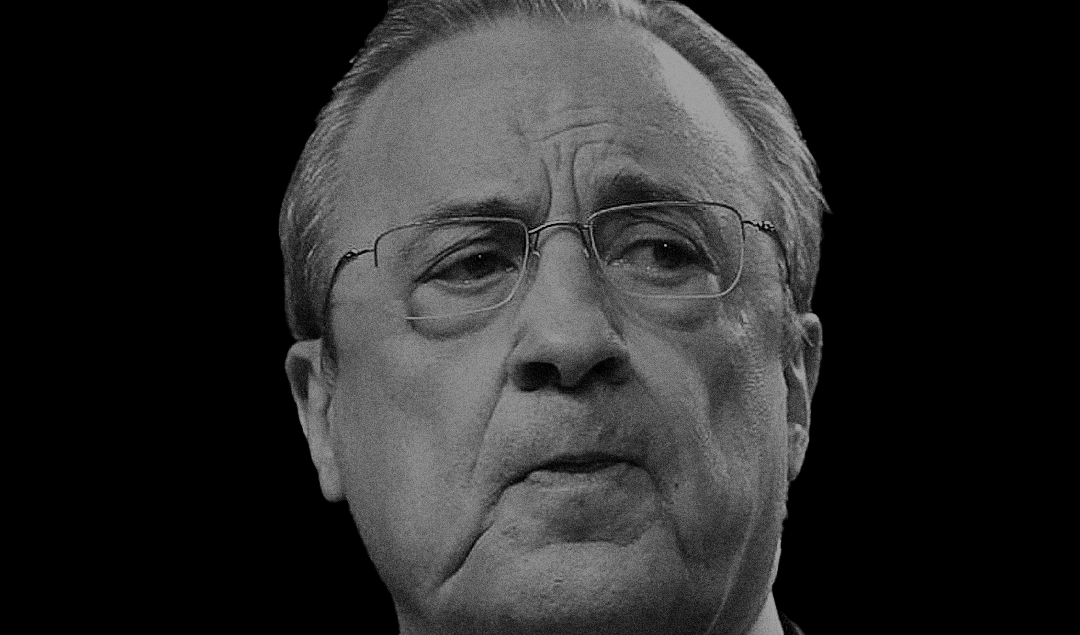 Born and bred as the favoured sons of the imperious Spanish oligarchs, given the central, all-inclusive spirit which only the capital city can convey, Real Madrid have seldom encountered any barriers in their quest for global domination.

From the times of Santiago Bernabeu to Florentino Perez, the club has churned out success in almost every facet of its privileged history.

The mere exposure to the name ‘Real Madrid’ strikes fear into the hearts of all footballing entities present, with its every step recorded and seeped deep into the annals of football history. Such is the colossal hold the club has on the history of the game.

For that reason, the club have never, and can never possibly lose their taste for success – an expectation that comes naturally upon a club bestowed with the moniker of being the greatest of all time.

So it only seems natural that the club would like to hold on to its unparalleled history – albeit through slightly fortified and unconventional ways.

The advent of new money into the sport introduced a level playing field for ambitious clubs looking to upset the established order. No longer are opposing clubs in danger of being blown out of the water by their superiors – football has never been more competitive.

Teams like AC Milan and, to an extent, FC Barcelona have been ill-equipped to deal with the changing times, while others have looked to circumvent rules and navigate newer and better ways to climb to the top of the footballing food chain.

The practice of remaining two steps ahead of the curve has helped Los Blancos flourish while their competitors struggle to adapt to the fiscally overbearing nature of business.

Speaking of circumventing rules, Manchester City and their governing City Football Group have expertly dealt with changing times and the absence of supporting teams in lower divisions.

Their deep-rooted venture into the underbelly of the football world is consistent with their principles of sustainably growing their project in all regions of the world. Their network of 8 teams allows the parent club to offload their players and supply them to their procreated ‘feeder’ clubs.

Chelsea too, have eluded the collective tirades of the football purists by offloading their overwhelming burden of young talents.

Real Madrid can, in a way, draw parallels to Chelsea’s youth-setup, with the only difference being in the Spanish and English infrastructure of their respective leagues.

While Chelsea are tasked with jettisoning their 400 kids off to Vitesse each year, Real Madrid can effectively store or park their players in relative lower echelons of the game while simultaneously making it convenient to uproot said players from Real Madrid Castilla and into their first team if deemed necessary.

As is evident in their recent additions, Real’s business acumen coupled with their scouting nous has given rise to multiple world-class talents who possess the potential to become world-class players, or at least, prospective profitable sales.

Not only do they possess one of the best academies in the world in La Fabrica, but also one of the best scouting networks to complement their hunger for sustainable development and all-conquering success for the years to come.

Vinicius Junior, Rodrygo Goes, Reinier Jesus, Federico Valverde, Casemiro et al, have all been blooded and given the chance to prosper in Real Madrid Castilla, not long before they were phased into the first team.

The introduction of loan restrictions imposed upon clubs (from next season) presents an opportune, undue advantage to the 13-time European champions.

With their promising position partly facilitated by their already talent-laden squad and the construct of the league system wherein two or more representatives of the same organisation can play in different tiers of the Spanish leagues.

What sets the Real Madrid Castilla side apart from their big-time counterparts can perfectly be expressed in the dismayed words of their opposition. 5th place Coruxo, a promising Segunda Division B club in the hopes of gaining promotion – were thwarted by the Castilla side as they were beaten 4-0.

They hit out at Real Madrid for their constant use of big-name stars in the lower leagues, in this instance – Reiner and Rodrygo who amounted to a total of €75 million – according to Transfermarkt.

“All [the rest] of the 80 clubs in our division [of four, 20-team groups] don’t have that much money between us. And let’s not forget that two weeks ago, Rodrygo, who cost 54 million [sic], got Castilla out of a tight spot late on against the bottom team in the table.”

Hoarding players and keeping them at bay can simply be considered as a futile task. Football’s newfound obsession with the now has increased its demand for youth players who show the teeniest glimpse of maturing into world-beaters.

It is not hard to recall the multiple bloated academies of teams in the top-five divisions; most of whom prove and highlight nothing more than the business’ myopia in selecting talent which proves to be inconsequential in the grand scheme of things.

However, with Real Madrid – it is not just about mere acquisitions of highly-rated prospects, there is a sense of something more meticulous and definite.

Countless teams, even Barcelona have been used as a foil in the preparations of their expansive network. Considerable research and years of development have led them to the possession of arguably the greatest squad in the world.

The formation and execution of such a project takes time, and Madrid are seemingly lightyears ahead of everyone else. The constant additions to the squad help in maintaining their image as one of the best-run clubs in the world, even if it means encountering the stern gaze of the aforementioned football purists.

Though one would assume the Madridistas have little problem in getting their hands dirty at the expense of others’ criticisms, given their supreme position in the sport since the dawn of time, they have simply gotten used to it and may even relish it.