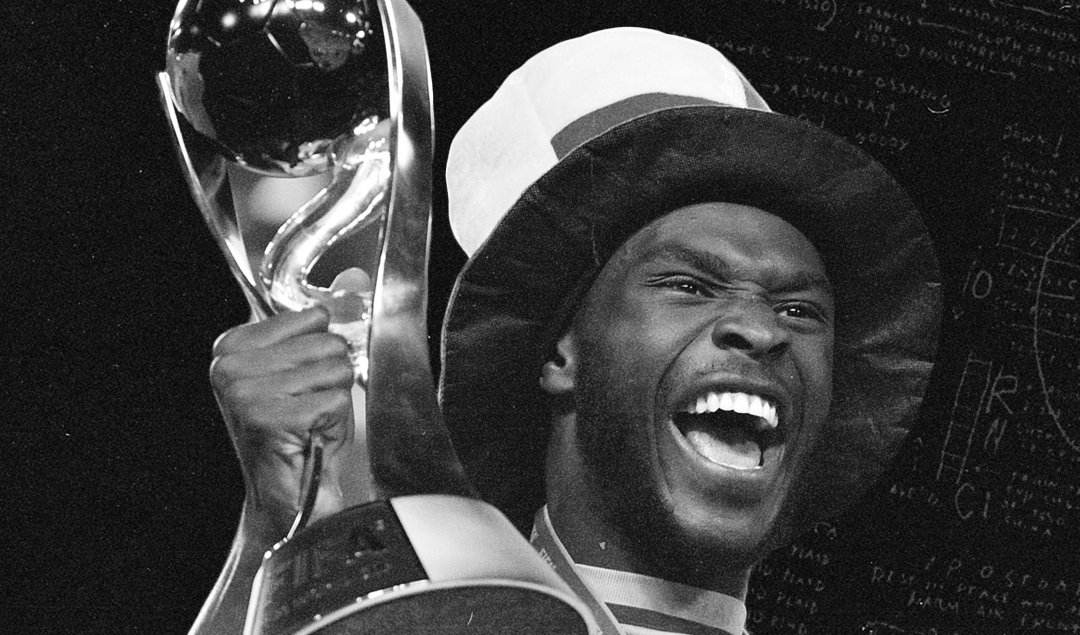 2017 was undoubtedly a historic year for English youth football, as England U20’s won the World Cup in May and England U17’s followed suit in October. Having two of the country’s youth teams winning such prestigious trophies was a much needed morale boost for English football after the horror show of Euro 2016.

More importantly, having both finals featured on free to air television gave exposure on a much wider level, a chance to see the country’s young talent be victorious at the highest level of youth football.

Such achievements quickly led to calls for young English talent to be given more first team opportunities in the Premier League. The clamour grew after England’s loss to Iceland in Euro 2016, but the U20’s and U17’s victories in their respective World Cups reinforced it. Three years since English youth football ruled the world, how have they fared? 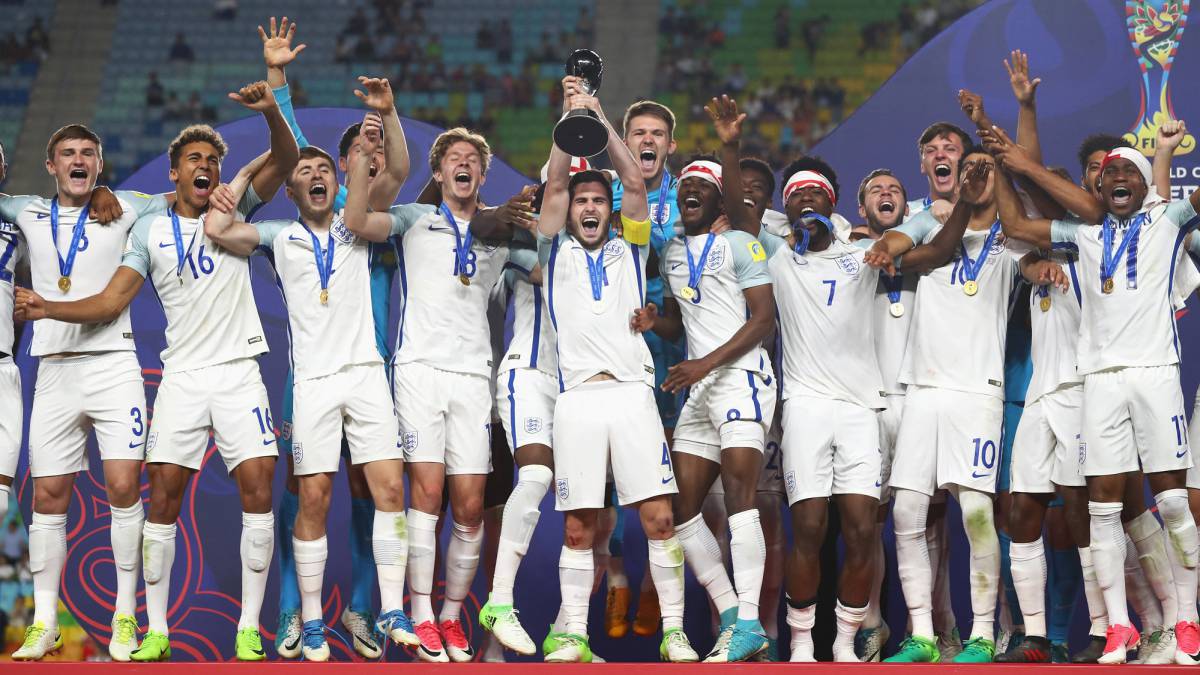 We shall primarily look at the fortunes of England U20’s squad than the U17’s, as three years later, these players are nearing the prime age bracket of their career when potential needs to be realized.

Freddie Woodman – Being England’s No.1, Woodman’s stock rose during the tournament, especially after saving a penalty in the final against Venezuela and winning the Golden Glove. Alas, it did not stop his parent club Newcastle United from loaning him to Scottish clubs Kilmarnock and Aberdeen on short term deals.

However, Woodman’s loan to Swansea City this season has borne ample rewards, excelling under the gruelling rigours of the Championship. Playing 37 league games this season has yielded 11 clean sheets, the fifth highest in the division.

Dean Henderson – Despite making just one appearance in the U20 World Cup in the group stages, Henderson has enjoyed a meteoric rise since 2017. After his loan spell at Shrewsbury Town ended in May 2018, Manchester United sent the young goalkeeper on loan at Sheffield United for the 2018-19 season.

Under the stewardship of manager Chris Wilder, Henderson was a vital cog in the Blades’ promotion to the Premier League, topping the division in clean sheets with 21 from 46 games.

With Manchester United extending his loan to the end of this season, Henderson has been fantastic. In the Premier League he is joint second in clean sheets with 10 in 27 league games and part of a defence ranked second lowest in goals conceded.

Such form has led to talk of him being David De Gea’s replacement sooner rather than later and whether he should be England’s No.1 ahead of Jordan Pickford.

Luke Southwood – The third choice keeper’s career trajectory since the 2017 has resulted in his parent club Reading repeatedly sending him out on loan. 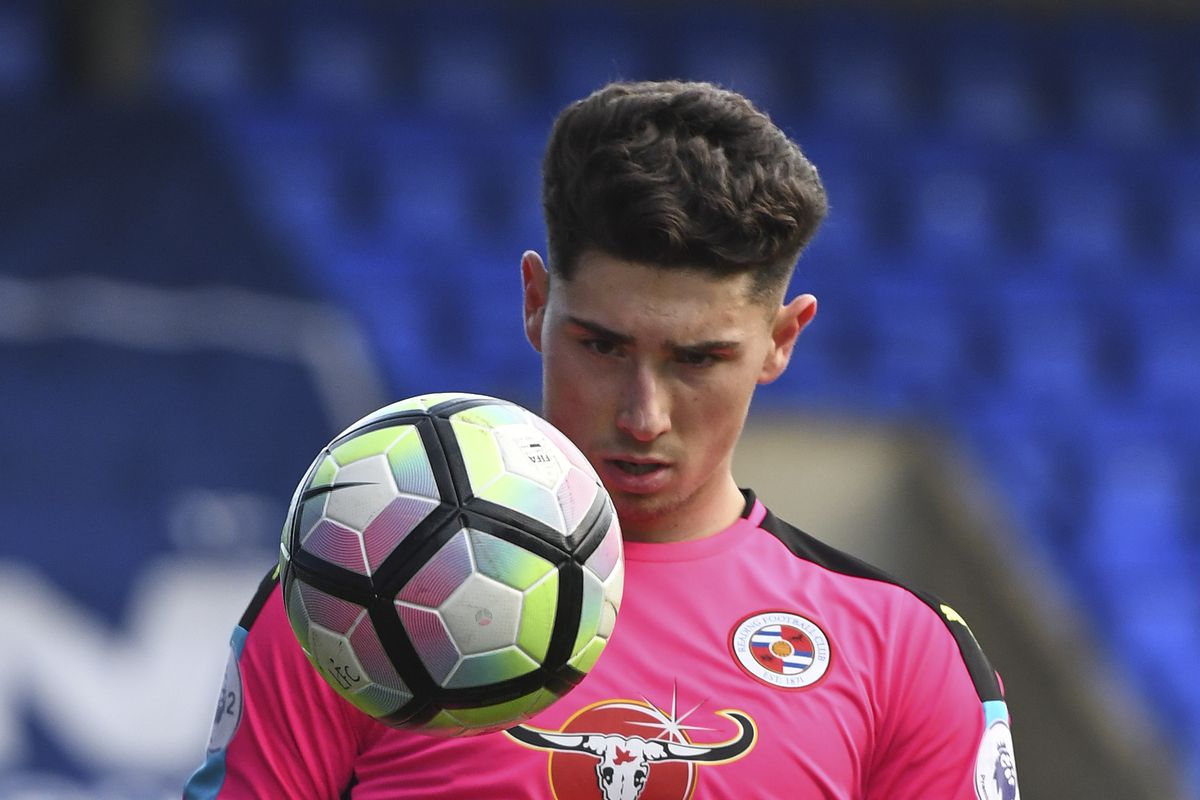 Southwood spent the rest of the 2017-18 season at non league Bath City, spent the 2018-19 season at non-league Eastleigh and this season been in Scotland at Hamilton where he helped avoid relegation from the top flight. With just one year left on his contract at Reading, his future is uncertain.

Jonjoe Kenny – Starting all of England’s seven games in the tournament, the right back initially enjoyed regular first team football at Everton, making 25 appearances during the 2017-18 season.

However, the 2018-19 season would be a step back, as Kenny played second fiddle to Seamus Coleman and made just 13 appearances. Lack of first team football at Everton caused Kenny to leave on loan in search of playing time. 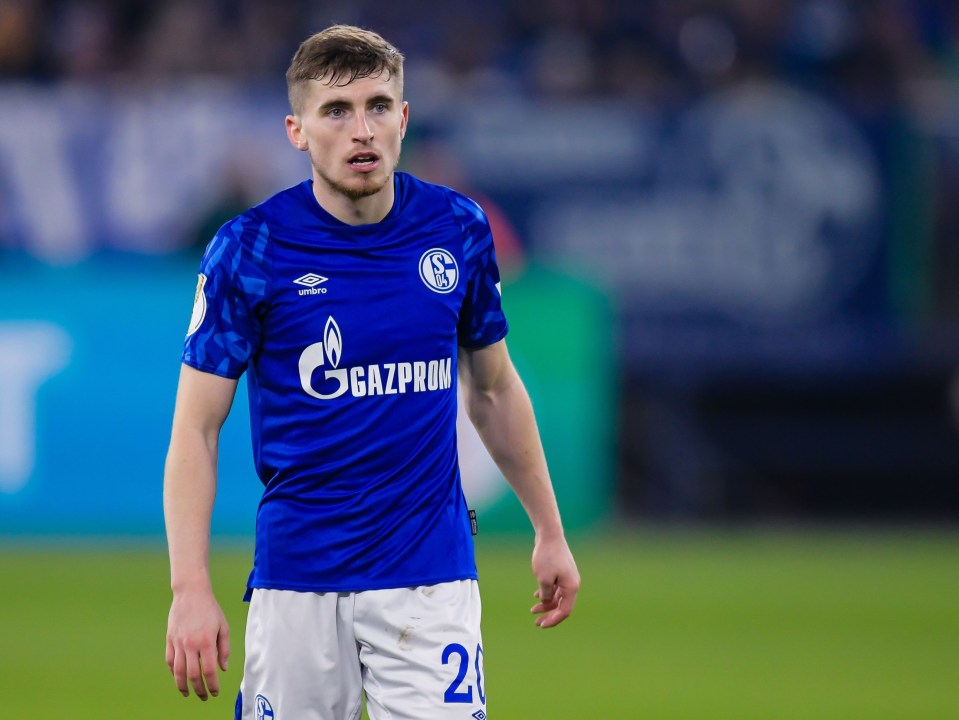 To his credit, instead of moving to a Premier League club, Kenny decided to test himself in the  Bundesliga at Schalke. First choice at Die Königsblauen, Kenny recently scored a classy long range drive at Union Berlin last week.

Schalke may have struggled since the Bundesliga resumed in May, but Kenny will use his time in Germany as a springboard for his career, whether at Everton or elsewhere.

Callum Connolly – Another product of Everton’s academy, the versatile Connolly would start just two games in the group stages for England. Alas, his story since the tournament has also been one of continuous loan spells.

Regular first team football for Ipswich Town in the Championship, with 34 league appearances during the 2017-18 season, resulted in four goals. The 2018-19 season proved to be one of disruption for Connolly, as he was loaned twice to Championship clubs Wigan Athletic and Bolton Wanderers respectively.

The loan spell at Bolton wasn’t helped by their financial difficulties, which led to their relegation into League One. As for this season, Connolly was sent on loan to League One side Fleetwood Town where under Joey Barton has made 24 appearances in the league.

Fikayo Tomori – The Chelsea defender has been one of the success stories from the squad. Spending the 2017-18 on loan to Championship side Hull City, it would be his loan spell the following season at Derby County that led to his break.

Under new manager Frank Lampard, Tomori was one of the first names on the team sheet, making a hefty 56 appearances in a season where the Rams lost 2-1 to Aston Villa in the playoff final. Tomori’s impressive performances led him to win the club’s Player Of The Year. 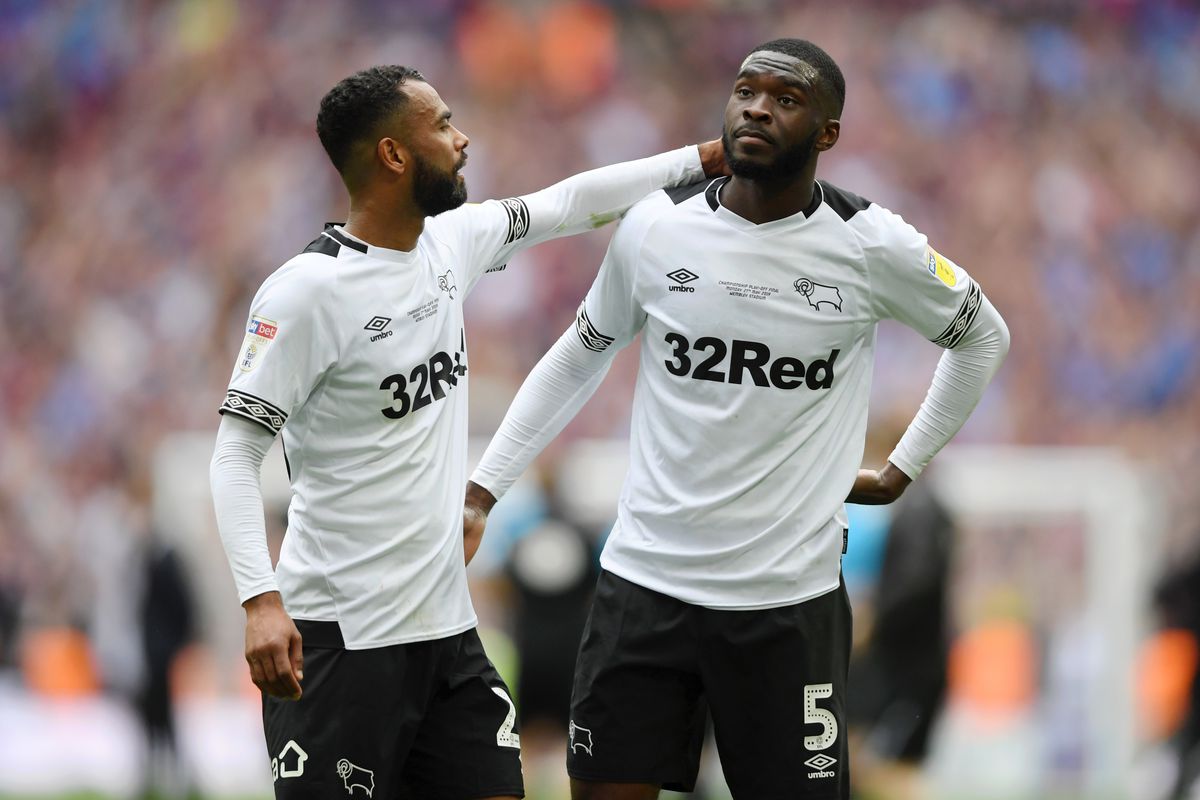 Returning to Chelsea, Tomori further benefited from Frank Lampard’s appointment as manager, being part of Lampard’s drive to give academy graduates a chance.

Making 22 appearances this season, Tomori memorably scored a brilliant long range strike at Wolves back in September, while also featuring in the Champions League. Furthermore, his performances in 2019 led to him being called up to the England squad, making his debut in November against Kosovo in the Euro 2020 qualifiers.

Jake Clarke-Salter – Things initially seemed good for Clarke-Salter upon his return from the 2017 U20 World Cup, as he signed a four year contract in July. Unfortunately, his six-month loan deal to Sunderland in January 2018 stunted his progress, as from his 11 league appearances he was sent off twice, as they were relegated from the Championship.

Clarke-Salter spent the entire 2018-19 season on loan at Vitesse Arnhem where he benefited from first team football in the Eredivisie. On the international stage, the centre back captained the England U21 team for their European Championships, but England crashed out of the group stages.

This season has resulted in another injury-filled loan deal at Birmingham City, with Clarke-Salter recording just 14 appearances.

Ezri Konsa – Despite one substitute appearance in the U20 World Cup, Konsa has had a meteoric rise up the English football pyramid since 2017.

Putting in a string of hard working displays for Charlton over the next two seasons caught the attention of Championship side Brentford, signing him for £2.5m in August 2018. Immediately, Konsa slotted into the heart of the defence, coping well with the step up from League One to the Championship. 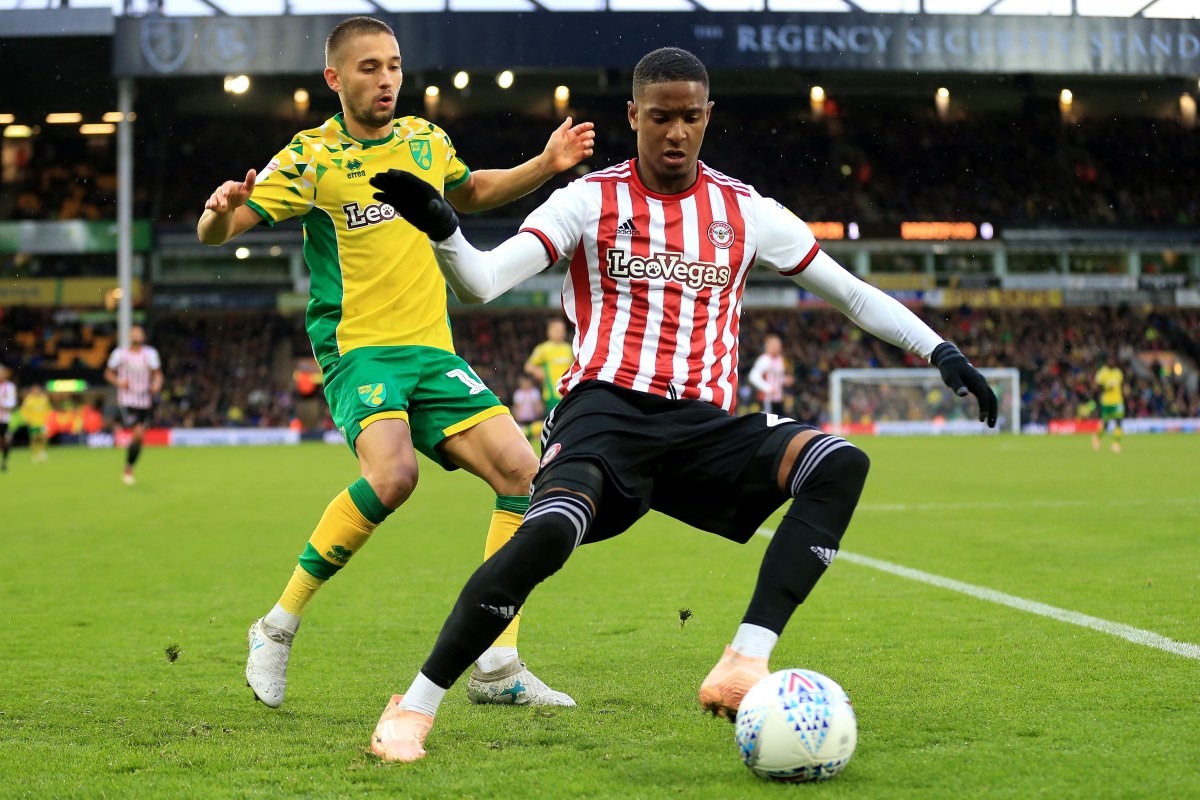 After just one season, Konsa got the attention of recently promoted Premier League club Aston Villa managed by Dean Smith who signed him from Charlton. Konsa moved to Aston Villa for £12m in July 2019 to cap a stunning journey from League One to the Premier League in the space of 15 months.

Despite being on the bench at the start of the season, Konsa has started eight of the last 10 league games prior to the COVID-19 break and will hope to guide Aston Villa away from relegation.

Kyle Walker-Peters – The right back’s performances in the U20 World Cup reinforced the view at Spurs he was a promising talent from the academy.

Starting the youngster ahead of the injured Kieran Trippier in the opening game of the 2017-18 season at Newcastle, Walker-Peters repaid manager Mauricio Pochettino’s trust in him with an assured display. However, with Trippier being the first choice right back, Walker-Peters made just nine appearances that season.

Despite making just 10 appearances the following season, Walker-Peters did make his mark in one league game against Bournemouth in December, where he created three assists in a 5-0 win. Spurs showed their faith in the right back by offering a five year contract in that very same month, which the youngster duly signed.

Regrettably, the sacking of Pochettino in November has curtailed Walker-Peters’ progress at Spurs. New manager José Mourinho loaned the right back to Southampton in January, where injury has restricted him to just one league appearance.

Dael Fry – Since the tournament ended, the centre back has enjoyed a steady career at Middlesbrough. From playing just 13 games in the 2017-18 season, Fry consolidated himself at the heart of the defence in the 2018-19 season with 34 appearances, part of a tight defence under Tony Pulis that kept 19 clean sheets.

Although Boro have struggled with the threat of relegation this season, Fry has impressed with his performances, several Premier League clubs reportedly scouting the defender.