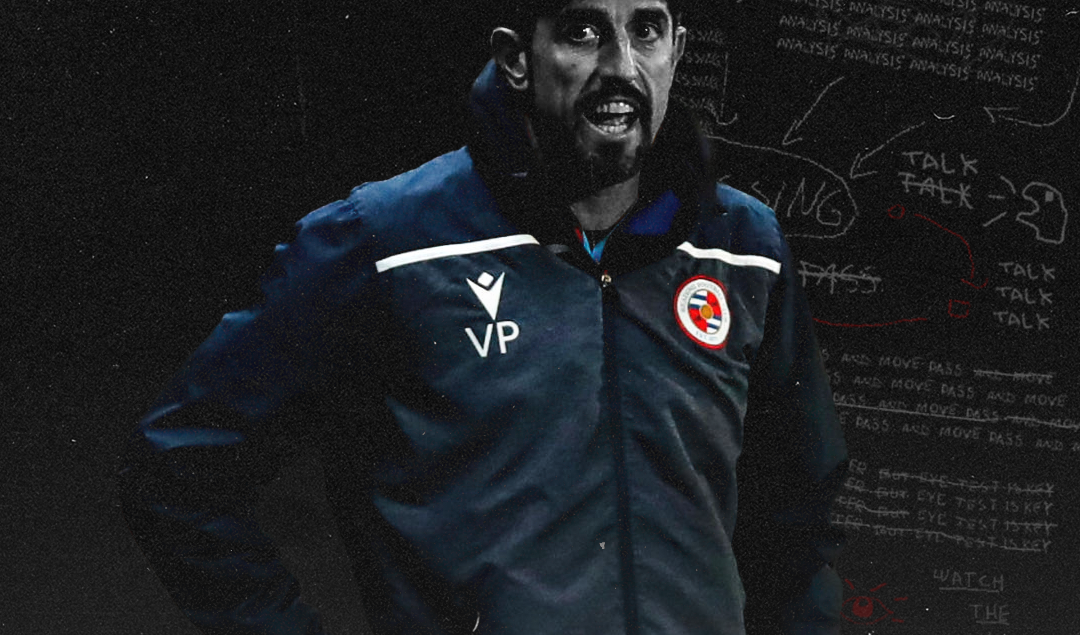 Reading FC have made an unexpectedly extraordinary start to the 2020/21 Championship season. Under the tutelage of new manager Veljko Paunović, The Royals have won seven of their first eight games, netting 15 goals and conceding just three.

Reading were predicted by many to settle for mid table mediocrity this season so it comes as a huge shock to see the Berkshire outfit sitting six points clear at the top of the league after eight games. Although Reading have their doubters, they have assembled a very competitive Championship squad and, on the surface, Paunović’s side look like they could be a real threat this year.

Despite this, some question marks linger over the team. Many pundits and critics suspect that Reading are rather fortunate to have accumulated so many points and are sceptical over the team’s ability to string together a consistent set of results over the course of a 46-game season. So, have Reading just so far been “lucky” or are they actually the real deal?

Over the past few years there has been some interesting transfer business going on at The Madejski Stadium. Reading have dipped into both the domestic and European market recently, meaning that there is a nice blend of Championship experience and youthful exuberance within the squad. The Royals are also supplemented with a very exciting array of homegrown talent due to the productive academy system at the club.

Rafael Cabral arrived at Reading in the summer of 2019 after being released from Sampdoria and has proven to be an absolute steal for The Royals, establishing himself as one of the best goalkeepers in the Championship. Cabral has an 86% save percentage, the fourth best in the entire EFL pyramid. The decorated Brazilian, who has had lengthy spells at Santos and Napoli, has been a revelation in the Championship and, now in the prime of his career, is helping keep Reading watertight. 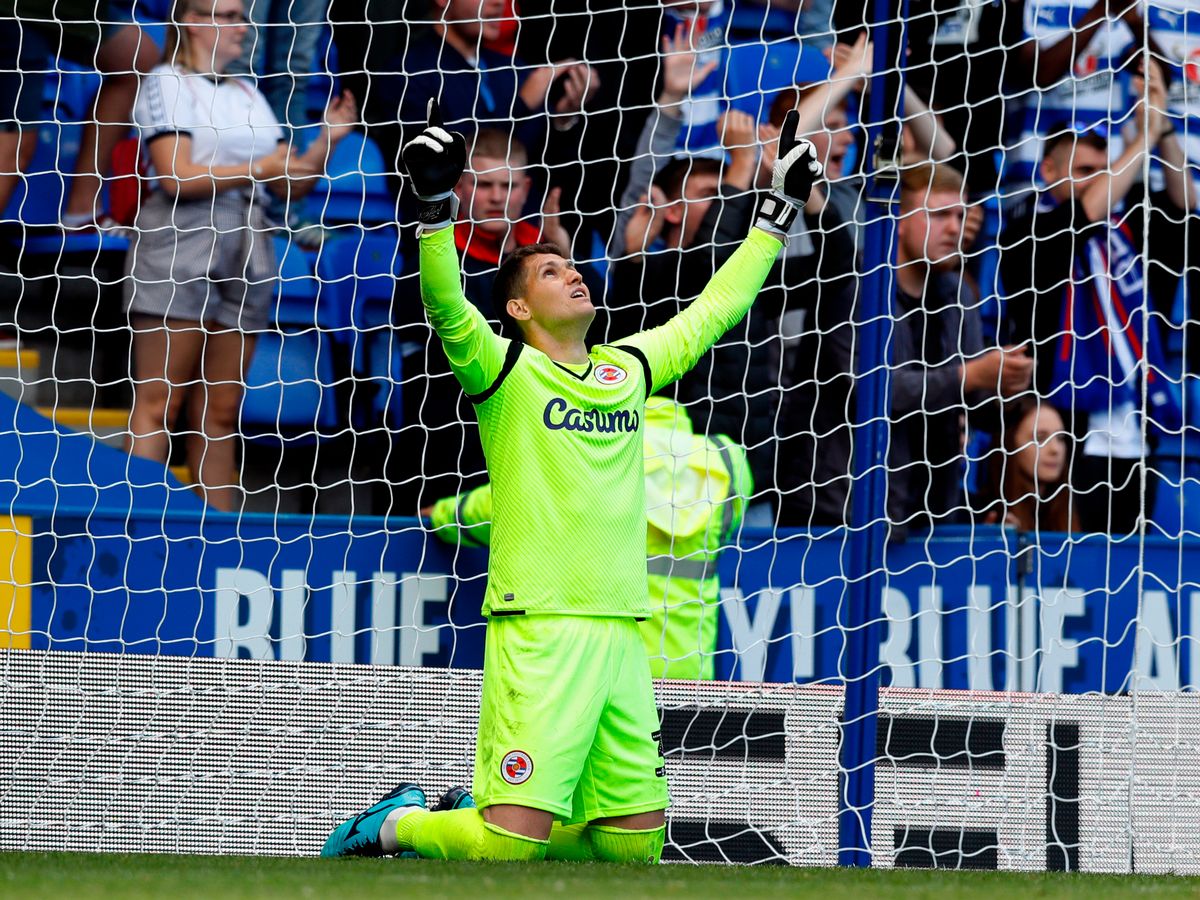 Reading’s defence – which has only shed three goals this season – is anchored by Liam Moore and Michael Morrison. Moore and Morrison are two seasoned Championship centre backs who have amassed over 19 seasons worth of experience at this level. Moore, who has gained a second wind following the appointment of Paunović, has been linked with a move to the Premier League throughout his career.

He’s partnered by Morrison – an aerially dominant, combative defender who, like Cabral, joined Reading on a free transfer. Paunović’s side are very compact and, even against Wycombe, played a very low defensive line, meaning that they are incredibly difficult to break down.

One of the surprises of this Championship season has been the progress of Reading’s Tomás Esteves, an 18-year-old right back who has joined on loan from Porto. Esteves was a left field signing who arrived in Berkshire as an unknown quantity, his adaptation to the rough and tumble of the Championship has been remarkable.

In his first senior season in England, Esteves has wowed both Reading and Porto fans; the marauding full back is a threat going forward – recording an average of two successful dribbles per game. Esteves is so silky and comfortable with the ball at his feet.

He is also a fierce defender and he carried out five tackles during a 33 minute cameo on his Reading debut at home to Wycombe. In recent years the Championship has been a productive breeding ground for full backs and it looks like Esteves is really going to excel this season.

Reading currently have the tightest defence in the Championship after conceding just three goals in their first eight games. The Royals have also conceded the lowest amount of expected goals (xG) in the Championship which is reassuring. Paunović’s side are made of stern stuff and, unlike many free scoring sides in this division, don’t have a soft underbelly. They have shown grit and determination to grind out results on multiple occasions this season.

Two of the unsung heroes in this Reading side are their holding midfielders – Andy Rinomhota and Josh Laurent – who screen the back line so effectively. The energetic duo plug in gaps left by the Royals’ offensive fullbacks. They are tireless, dogged and tenacious and really are the heartbeat of Paunović’s team, keeping play ticking over as well as being organised and resolute out of possession. 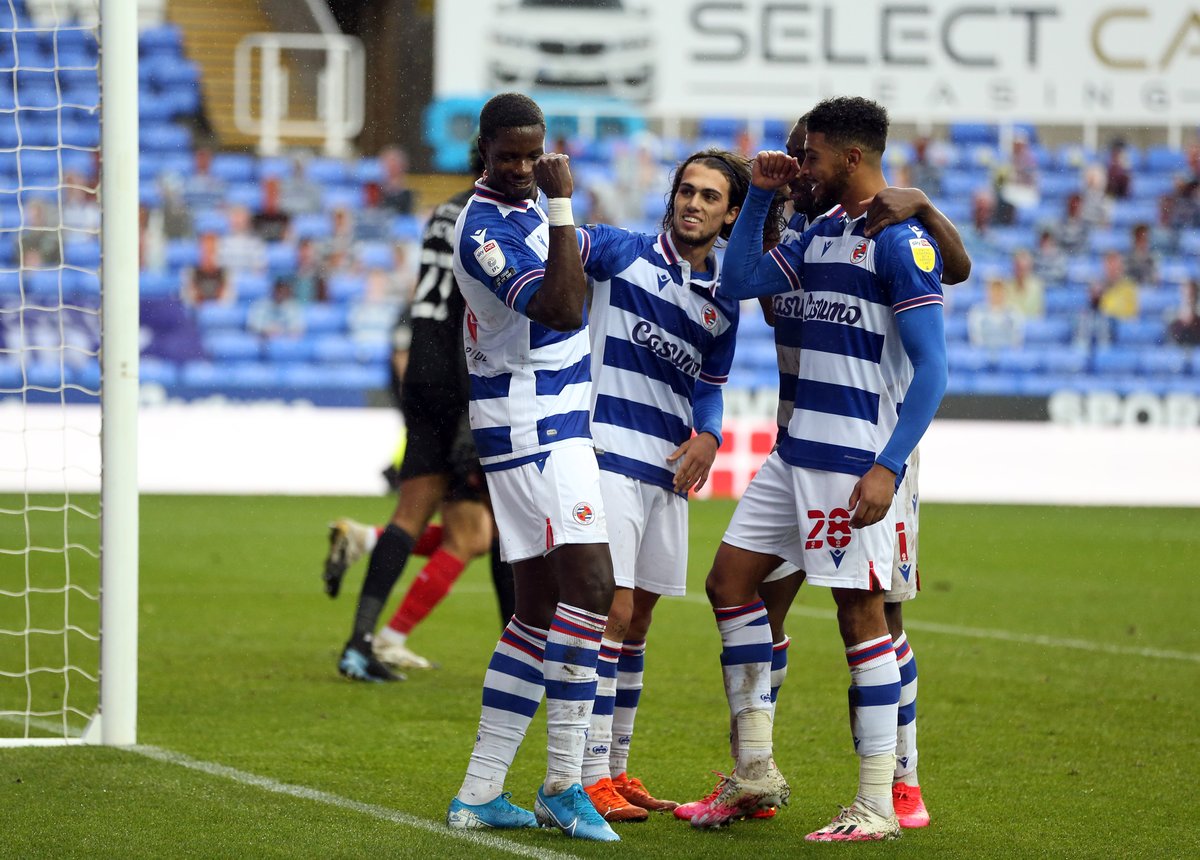 Laurent, in particular, has really shone in midfield after arriving in Berkshire on a free transfer following his release from League One outfit Shrewsbury Town. Reading fans were doubtful over Laurent’s ability to make the step up to the second tier but, so far, he’s proven his worth – it speaks volumes that the 25-year-old has started every Championship game to date.

Paunović prefers a 4-2-3-1 set up meaning that there is a trio of talent who sit behind solitary striker Lucas João. This usually consists of Yakou Méïté, Michael Olise and Ovie Ejaria. Ejaria is arguably the pick of the bunch – the Liverpool academy graduate completed a permanent move to Reading this summer, following his loan spell there last season. He is an incredibly exciting and enjoyable player to watch, usually occupying the left half space for The Royals.

Ejaria is to Reading what Jack Grealish is to Aston Villa, he is an exceptional ball carrier who is able to find pockets of space across the pitch. It feels like the 22-year-old is on the cusp of really setting the Championship alight and establishing himself as one of the best attackers in the league. Like Grealish, Ejaria really has the potential to almost become a talisman for The Royals this year, although he will be looking to improve on his eight direct goal involvements last season.

Reading fans will no doubt be exhausted by pundits and fellow Championship fans questioning how long they can maintain this extraordinary form for, but it should be said that the underlying attacking numbers are a cause for concern. They are defying xG. According to Infogol’s model, Reading have accumulated just 6.21 xG which is the lowest in the Championship. Paunović’s men are currently overperforming their xG by 8.79 goals – a huge margin at this stage of the season.

At the moment it seems like anything Reading touch turns to gold as their forwards are extremely clinical in the final third. The Royals currently have a conversion rate of around 26% which is incredibly high considering the average for most Championship sides is generally between 10% – 15%.

They demonstrated their goal scoring efficiency in a smash and grab win away at Blackburn Rovers on Tuesday night. Reading recorded just five shots, two of which were from outside the 18-yard-box, but managed to score four goals. Blackburn paid the price for their lack of cutting edge as Adam Armsrong spurned two great chances.

Whilst xG isn’t totally conclusive and often doesn’t tell the full story of the game, it does show just how efficient Reading have been in front of goal this season. 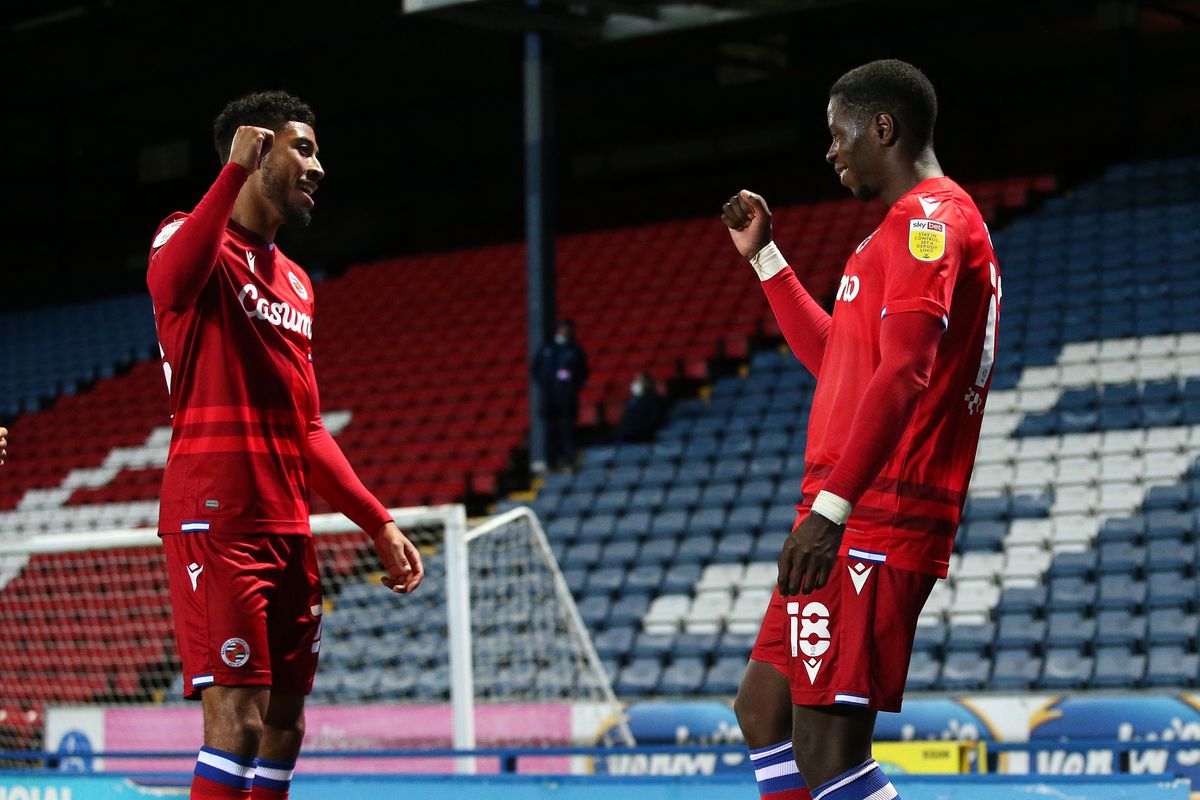 Lucas João, their top scorer, currently has five goals to his name despite recording 2.2 xG, Yakou Méïté has scored four goals and has an xG tally of just 1.8. Up till now, João has been a fairly average, run-of-the mill Championship striker – he has played in the Championship for five years and his best return during a single campaign has been just 10 goals. He hasn’t shown this level of ruthlessness in front of goal before and it’d be a big surprise to see him keep this form up for much longer.

Can Reading maintain this extraordinary form for the next 38 games? Probably not. This overperformance of xG is simply unsustainable and Paunović’s side will need to start creating more opportunities, in better positions. João and Meite won’t be able to score goals across a full season at the same rate as they’re doing now, it’s foolish and naive to think otherwise.

It may be slightly disrespectful to say the pair are just going through a “purple patch”  but the goals will inevitably dry up unless Reading begin to carve out higher quality chances. The Championship is a long, hard slog and, while many successful teams do often get rather fortunate, it’d be incredibly strange to see a team defy xG in the same manner as Reading are doing now over a full season of football.

There does seem to be one side who usually has an unexpectedly strong start to the season in the Championship, Charlton were sitting pretty on 17 points after the first nine games of the 2019/20 campaign. The Addicks were ultimately relegated which just demonstrates the unpredictable nature of the league.

Although Reading fans obviously shouldn’t worry about following in Charlton’s footsteps, their squad is far too good to be sucked into a relegation battle, it does show how quickly a team can be knocked off their pedestal in the Championship. One loss can snowball into a poor run of results and, before they know it, teams can find themselves quickly sliding down the table.

A drop of in form is expected, although they may not sink as deep as many people are anticipating. The Royals have made a great start to the season and, even if they do begin to struggle once the goals dry up, they have enough quality within their squad to still challenge towards the top end of the division. Reading fans dreaming of the Premier League will have to temper their expectations somewhat but The Royals may not just be a flash in the pan. It’ll be intriguing to see how this season unfolds with Paunović at the helm.