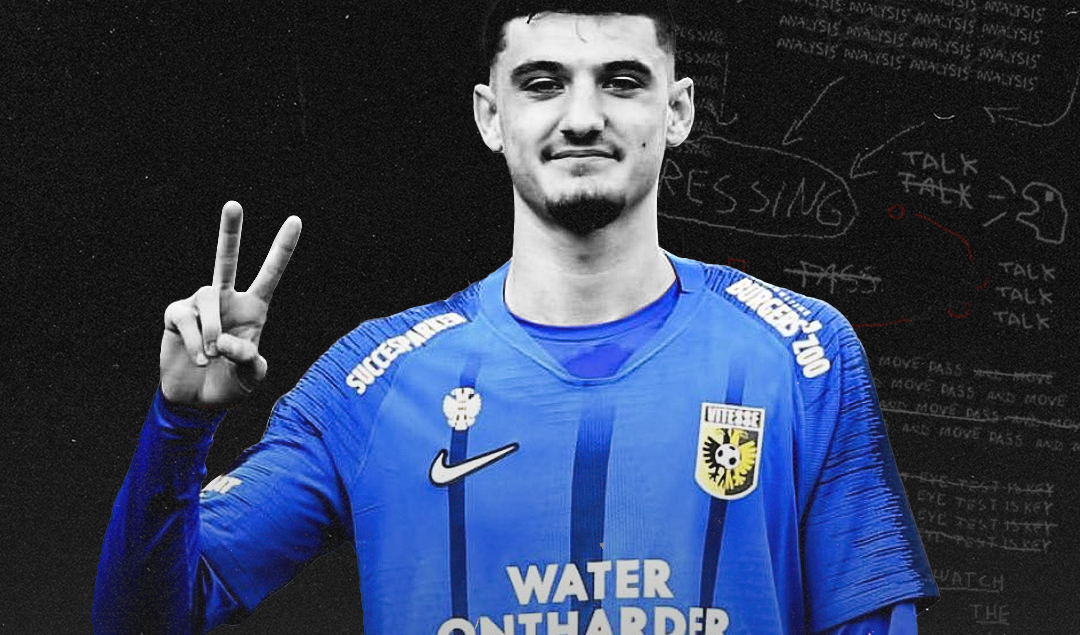 It’s the best start in Vitesse Arnhem’s 128-year history. They’ve lost one in eleven and sit second in the Eredivisie, just two points behind Ajax. But they also have a 37-year-old technical director with no experience in the role and a manager that has been sacked from his last two jobs. So how have Vitesse grown from a lulling mid-table side to a team challenging right at the top of Dutch football?

Leonid Slutsky’s tactics were branded as the ‘volga-catenaccio’, a stylistic disintegration of the fluid, attacking football usually associated with Vitesse. It was a shame. The Dutch side had built a good relationship with Chelsea. They’d made use of Mason Mount, Nemanja Matić and Bertrand Traoré to name a few but the football now on offer was dire. Vitesse were in a massively underwhelming 7th place before the Eredivisie season was curtailed by the pandemic and Slutsky had to go.

But the next issue arrived in who would replace him. The Ajax/PSV duopoly has reigned on for the past decade; only Feyenoord’s magnificent 2016/17 season disrupted the flow and the point still remains that Vitesse have never actually won an Eredivisie. They would need a drastic change, a new cut in the imperial fabric of Dutch football, to make any sort of title challenge.

On April 29, 2020, Vitesse appointed Johannes Spors as technical director. It was his first job in the role after working as a video analyst for TSG Hoffenheim in Germany and came as a surprise to many in Arnhem. He’s only 37 years old, but it’s clear that Spors has the backing of the Vitesse hierarchy. 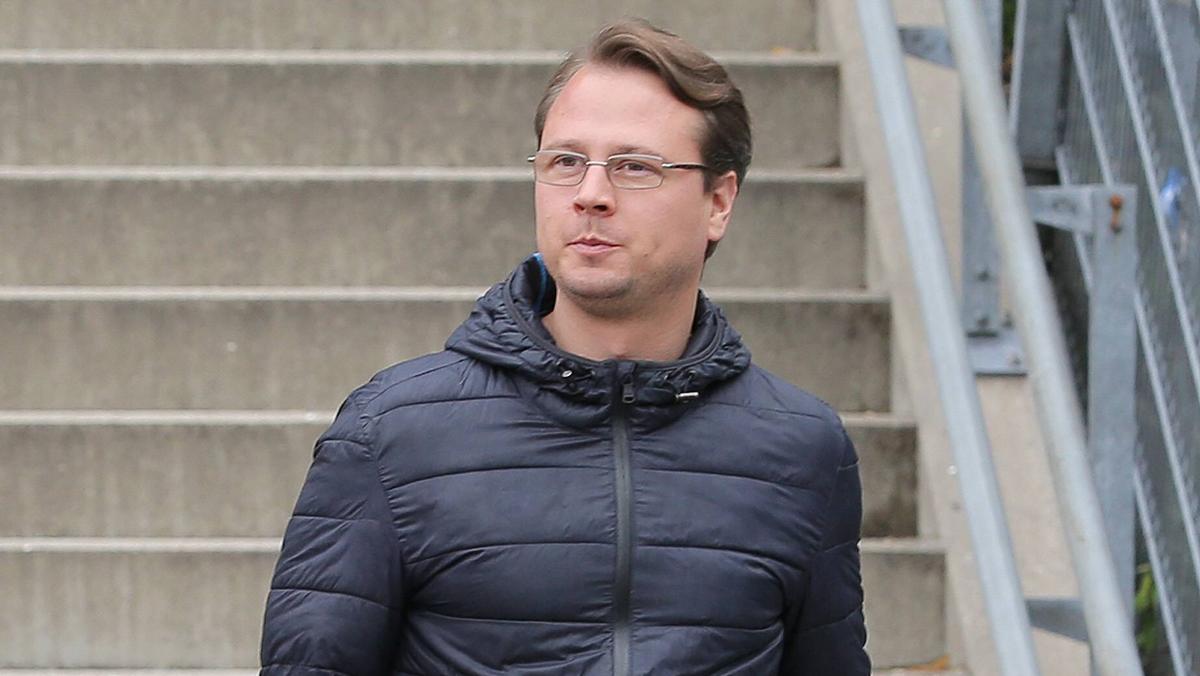 “At Vitesse we dare to be innovative and progressive. We want to take steps forward and that requires courage” – Vitesse General Director Pascal van Wijk.

Not long after the acquisition, the managerial gap had been filled. Thomas Letsch never played professional football. He’d been sacked at Austria Wien and Erzgebirge previously and never tasted real success in a managerial role, but despite all this, here he was at Vitesse Arnhem. He had the qualities they desired: a free-flowing, attacking philosophy and the ability to nurture young players.

The latter came from his time at Red Bull Salzburg, where Letsch worked his way through the youth sides, managing the U-18s in the UEFA Youth League. The ability to get the best out of young players and work with their personalities is very often overlooked, even at the highest levels of football. One of those personalities is Armando Broja.

As I write this article, Slough-born Albanian international Armando Broja is playing for Vitesse. In fact, he’s doing more than that. He’s just peeled off at the back post from a free-kick and an improvised volley off the outside of his right boot flashes past Remko Pasveer in the Fortuna Sittard goal. It’s Broja’s fifth goal of the campaign in just six starts. Not bad for his first season in professional football.

At 19 years old, he’s everything you’d want from a number nine. He’s got the pace to run in behind and with a 6’3″ frame, Broja easily holds up opposition defenders. However, the most impressive trait he possesses is the ability to bring teammates in to play, and shows once again how the assist statistic can be misleading. Equally dangerous on both feet, it seems as though Broja has fallen on the right side of Chelsea’s Vitesse loanees. 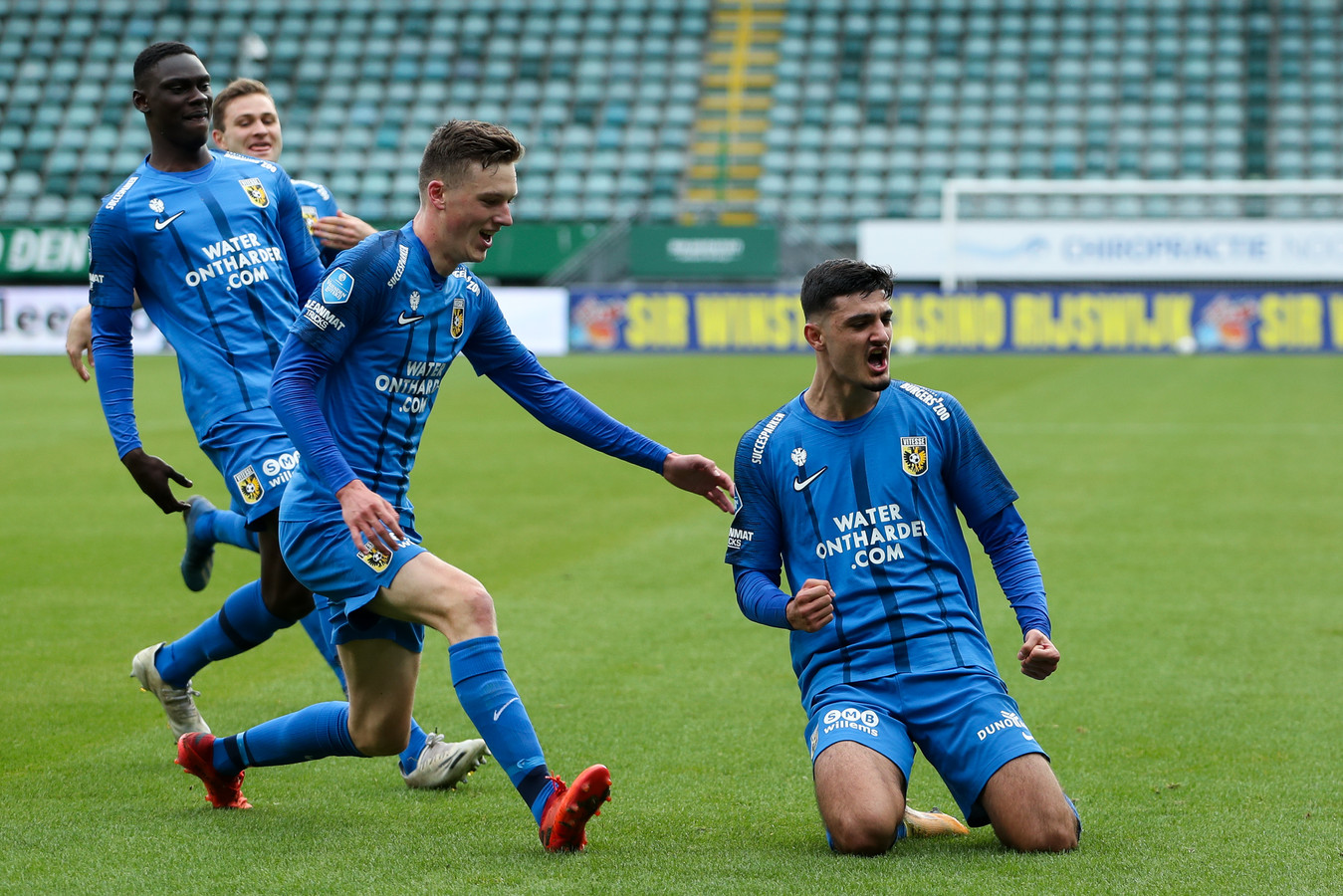 Whilst it’s true that Broja’s loan arrival has been a massive boon for Vitesse’s title charge, the teenager’s impressive numbers (5 goals in 10 appearances) cannot be explained without giving credit to Letsch. The German manager has engineered a system that gets the most out of his individual players and minimizes their weaknesses.

There has generally been one school of thought so far in the way Letsch sets up his side: to operate with three central defenders. In possession, this looks like a 3-5-2, with Max Wittek and Eli Dasa playing as wide-midfielders. Out of possession, this transitions to a 5-3-2, but the free-wheeling fluidity of Letsch’s team does give Vitesse a worryingly chaotic shape.

This is where they were undone against Ajax. Although Vitesse were dangerous in attack, managing 25 shots, they looked incredibly disorganised; Noussair Mazraoui in particular was given way too much freedom down the channels. It’s overly critical to say Vitesse are defensively poor as they’ve only conceded six goals in ten games, but against Ajax, their structural issues at the back were magnified. Nevertheless, Vitesse’s system allows fast, gung-ho football that tears apart the opposition.

As with most systems that utilise wingbacks, the majority of the play is targeted down the flanks, with only 27% of attacks coming down the middle. This doesn’t trouble Vitesse, as the combination of Broja, as well as Loïs Openda (who has five goals in ten), gives plenty of scope for  balls into the box.

However, there is something particularly interesting about Vitesse’s 3-5-2/5-3-2 formation: the emergence of Riechedly Bazoer as a central defender. With the number ten shirt on his back, the opposition probably spend most of the time wondering why Vitesse’s central-midfielder is so far back, but Bazoer is there to stay.

The former-Ajax holding midfielder was touted for big things, but a €12m move to VFL Wolfsburg didn’t go as well as planned. Loan spells at Porto B and Utrecht, Bazoer finally made his way back to the Netherlands on a more permanent basis and has flourished. To make 1.5 key passes per game from central defence (WhoScored) is outrageous really, and once again a nod to the freedom Letsch allows his players going forward.

Vitesse are a curious watch this season. They average sixteen shots per game and play the entertaining football their fans forgot about under the conservative Leonid Slutsky. With football coming thick and fast, you may be strapped for time to watch the Eredivisie but I urge you: if you have a spare minute, check out the football revolution going on in the small town of Arnhem. You won’t regret it.