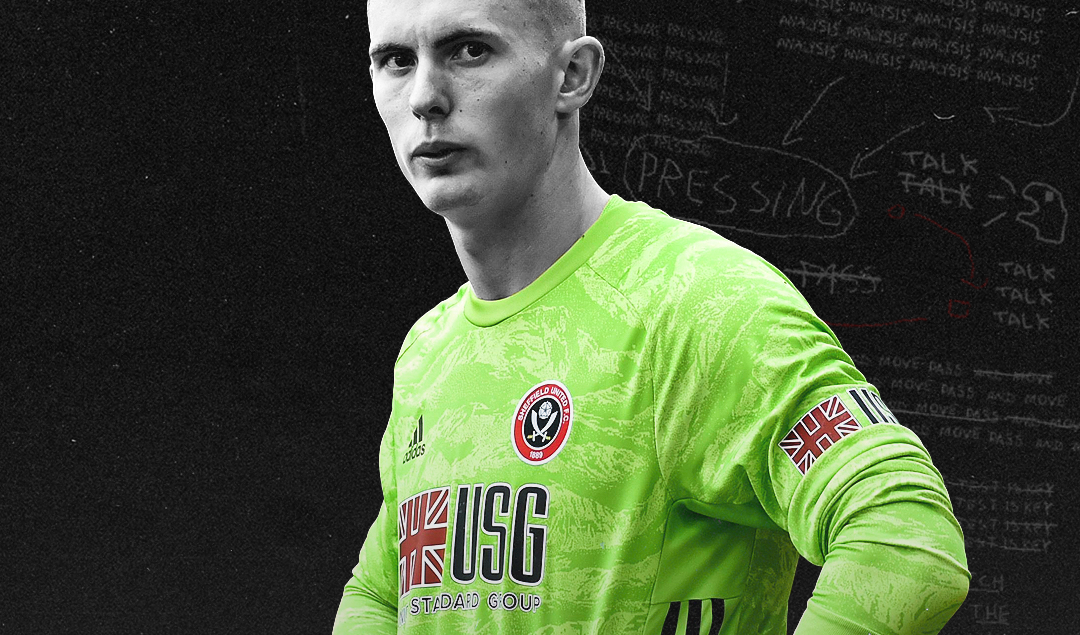 Between the 2013/14 season and the 2017/18 season, David de Gea was a savior in an otherwise catastrophic Manchester United side, winning the club’s Player of the Season award four out of the five years. But since the start of the 2018/19 season, the Spaniard has been inconsistent in his shot-stopping and previously world class reflexes, especially during vital matches such as the defeat to Chelsea last weekend.

With Dean Henderson on loan at Sheffield United making a case to start for England in next summer’s Euros, many United fans have wondered if it is time for a change of the guard at Old Trafford. In this analysis, we’ll take a look at whether, in fact, Henderson would be an upgrade over De Gea in the goalkeeping position.

There are three main areas for a goalkeeper: shot-stopping ability, command of his box and ball-playing ability. When you look at United’ style of play, you can see how badly they need a goalkeeper who checks the box in each of those three areas, something De Gea isn’t currently doing. Below, you can see a comparison between De Gea’s advanced metrics and the Premier League average.

Thanks to the scatter plot above, we can see that De Gea concedes a lower quality of shots compared to the Premier League average. At the same time, we can deduce that De Gea isn’t good enough at relieving pressure off his backline by coming out on crosses.

The Spanish goalkeeper is playing significantly shorter passes than the league average, while not having a launched pass completion percentage  as high as one would expect from a goalkeeper in a team that should be challenging for the league title. But just how does De Gea stack up to Henderson in these three metrics?

With PSxG, or Post-Shot expected goals, we can accurately judge the expected goal average that a shot will have when we already know what the outcome of the shot will be.

Let’s take an example where a player takes a shot 30 meters away from the goal, which ends up into the top corner of the goal. The shot will likely have a very low expected goal (less than 0.1) but its post-shot expected goal will be much higher (above 0.5) since we factor the outcome of the shot in this metric.

The second metric highlighted below is GSAA%. GSAA% is calculated as followed: (PSxG – Goals) / Shots Faced. The higher it is, the better.

With PSxG/shot on target, we can look at the quality of shots faced by De Gea, which is lower than the league average and also lower than Henderson. The Spanish goalkeeper doesn’t have high-quality shots to deal with, yet his GSAA % is among the worse in the league. On the other hand, Henderson faces higher-quality shots while having one of the best GSAA% in the league.

Their Ability to Command the Box

The ability to command ones box is an undervalued aspect of goalkeeping yet just as important as shot-stopping as it can allow goalkeepers to relieve pressure off defenders when sustaining attacks and crosses in their own half. One of the most vital aspects of commanding the box is coming off the line to claim a cross, a fundamental criteria when enduring waves after waves of attacks.

To calculate which of the two goalkeepers is better in this aspect, I analyzed the collected crosses % and the average distance of a performed defensive action in order to see whether Henderson is better or worse than De Gea in this regard.

As depicted above, Henderson comes further off his line than De Gea to perform a defensive action. This metric looks at how active goalkeepers are at moving off of their line to make an action.

StatsBomb analyzes the distribution of the distance from goal for goalkeeper actions that are not passes, saves or claims, a metric that includes clearances, interceptions, tackles and ball recoveries. This shows the presence a goalkeeper has further up the pitch and measures their defensive contribution in a manner more common to field players.

Henderson is also better than the league average at collecting crosses, boasting 7.5% compared to De Gea’s 4.9%. The Spaniard has struggled to relieve pressure off his backline, but Henderson has done a good job of doing so at Sheffield United.

This is where we have to look at what Henderson does when he wants to claim crosses. The English goalkeeper is able to quickly go off his line to claim crosses, as highlighted below.

On the other hand, Henderson is very inconsistent when it comes to claiming these crosses, as he will sometimes decide to punch the ball for no reason, which is reminiscent of De Gea.

He has to improve in that regard, especially since he can relieve pressure off his teammates very well. In this instance below, he goes far off his line to claim this set-piece aimed at Olivier Giroud.

All in all, Henderson has to improve in how he comes out on corners and set-pieces, as he often punches the ball without any apparent reasons. Otherwise, he relieves pressure well and doesn’t hesitate to come off his line to either claim a cross or perform a defensive action.

Finally, we will take a look at Henderson’s ball-playing ability. For this, ‪we will look at % of passes of 40+ yards (launched passes) combined to the average length of all passes made by him. This way, we can see the style of play he is used to at Sheffield United while seeing if he can find his teammates from long range, similarly to Ederson and Alisson at Manchester City and Liverpool, respectively.

Goalkeepers will excellent passing range and accuracy can force the opponents to subdue their pressing and instead focus on shutting down the long ball option, thereby relieve their team’s build-up of facing additional pressure.

Henderson’s launched pass completion is well under the league average but it could be easily explained by the second metric: average length of passes made.

Indeed, Henderson is way above the league average in this regard, which means he is tasked to always clear the ball rather than either play short or send the ball towards his wing-backs, which leads to him having a worse passing completion in that regard since the opponent is more likely to adapt to this strategy and pack more advanced areas in an attempt to win aerial duels.

If Henderson becomes United’s first goalkeeper, it will be a complete change of style for him compared to what he has known at Sheffield. He will have to improve in this regard, but he has what it takes to make the step up and improve his flaws.

Firstly, Henderson has a good left foot. He is able to ping accurate long balls under pressure instead of just clearing the ball for a throw-in for the opponent.

He is also able to escape pressure by taking a dribble and he isn’t afraid of doing it as he seems quite comfortable with the ball.

Below, Henderson takes a short dribble with his right foot to put himself on his left foot and make a pass to his teammate alone on the right side.

Regarding how he kicks the ball with his right foot, this is where he needs to improve if he is to make the step up at Old Trafford; he still struggles in terms of the weight of his kick.

In the first clip, we can see that he has the time to put a decent pass to one of his midfielders, yet gives it back to his opponent by launching the ball in between his two midfielders.

However, on this clip below, Henderson is able to reach his forward with an accurate ball. Adding to this, the ball also has the right weight to allow his teammate to make a good control and immediately go towards the opponent’s goal.

All in all, Henderson still has to improve regarding his ball-playing ability. Due to Sheffield United’s playing style, he mainly plays long balls, which is confirmed by his 96% of passes being launched. If he does return from his loan, he will face a completely different playing style.

Henderson is already better at claiming crosses while being comfortable with the ball at his feet, which will make United’s build-up much easier. Adding to this, he is one of the best shot-stoppers in the world statistically this season.

At 23 years old, Henderson has emerged into one of the best goalkeepers in England, and with David De Gea’s form constantly declining, we may witness a genuine challenge for the starting spot for the first time in a while at Old Trafford.