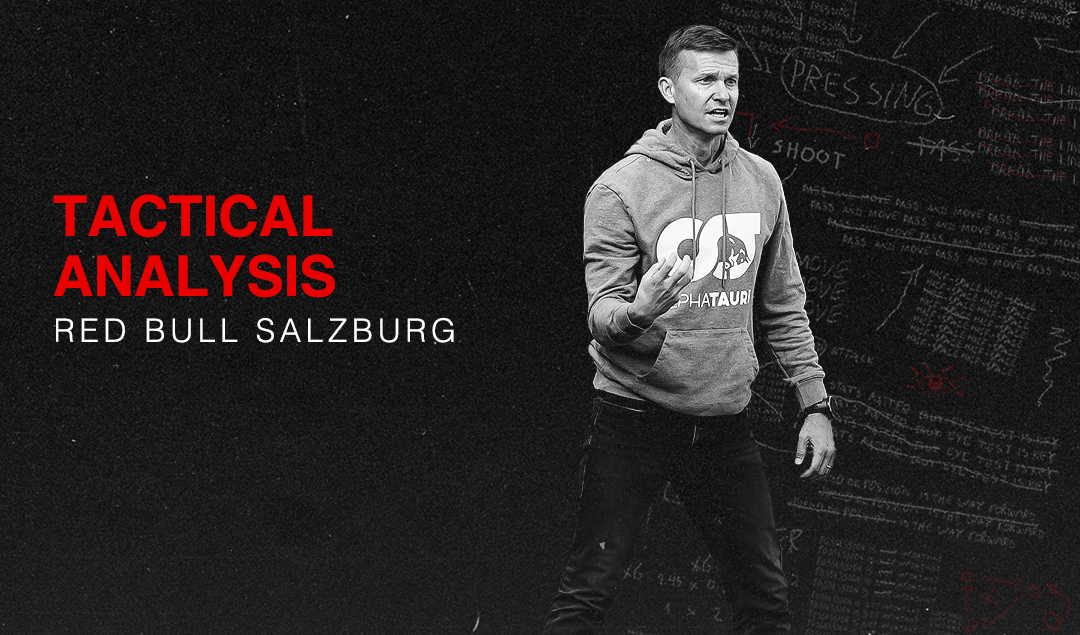 As they close in on their eighth consecutive Austrian Bundesliga title, Red Bull Salzburg continue to draw more and more praise for their promising young players such as Patson Daka and Mergim Berisha, in addition to a unique, domineering style of play.

They can be most recognised for the way in which they defend – they attack the opponents with aggressive pressing. Jesse Marsch (Red Bull Salzburg’s coach) has stated that he is a big admirer of Ralf Ragnick’s footballing philosophy and tries to implement his own version of Rangnick’s methodology.

They can create these situations through different formations (to facilitate for the man-marking structures). In the games I analysed, Salzburg used a 4-4-2, a 4-2-3-1 and a 4-3-3, sometimes changing their shape mid-game. This allows for the opponents to be man-marked close to the ball. 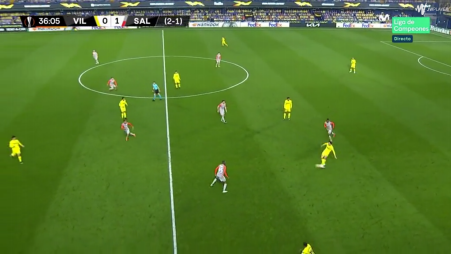 An example of one of these situations as the midfield trio of Salzburg’s 4-2-3-1 marks the Villarreal midfield trio whilst the striker (Daka) and wide midfielder (Enock Mwepu) press the centre back (Pau Torres).

Another key element in Salzburg’s game off the ball is compactness within their structure. This means that the opponents have to play in small spaces especially in central areas and on the ball side, and makes it easier for turnovers to occur as Salzburg can close down the opponents more quickly – before they can make a decision to break the press. 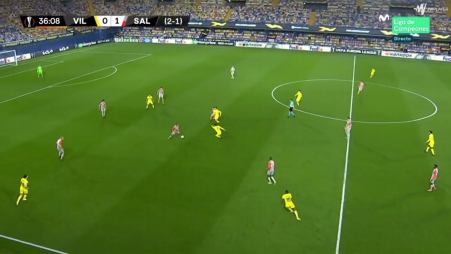 This image has the entire Salzburg structure in frame as Antoine Bernède wins the ball back from the opposition.

These ideas help to try to form the ideal situation of an opponent not being able to avoid losing the ball in a good area.

Red Bull Salzburg they use a man-marking orientation to prevent opponents from being able to escape the press through passing. An advantage of this is that it is easy to coach and can be effective against a rigid structure. However, problems arise with fluid structures especially when opponents (who are man marked) begin to make space for open teammates. 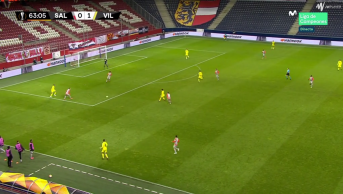 Here is an example of the big spaces left by Salzburg when they commit to pressing.

This problem is the best anecdote for Salzburgs high-risk high reward organisation – in situations like these, they can prevent themselves from being played through because only a 4-3-3 can outnumber their 4-4-2 in the midfield line (against a 4-3-3 Salzburg used a 4-2-3-1 well with the middle ‘triangle’ marking the opponents’ midfield trio) due to Salzburg being able to cut off all options. However, Salzburg don’t always stop the ball from passing this line so they leave themselves exposed to fast transitions as soon as this line is broken.

Whilst Salzburg try to rectify this by leaving a midfielder behind their first midfield line the huge spaces are still there. One solution to this problem could be to use less flat formation (e.g. a 4-2-3-1) more often and to have a more zonal approach to defending. This could be done by manipulating the opponents to make a pass by using the strikers’ press and then to cover the rest of the pitch with players surrounding the opponent receiving a pass pressing aggressively.

This could be even more effective with good body positioning which could force the opponents towards a pressing player. This option would take more coaching and won’t give as many pressing situations (as it is less likely the ball will be won against the opponents’ defensive line) but it will provide the same quality of turnovers whilst leaving less room for the opponents to play in.

2. Players can over commit to pressing

When pressing, Salzburg sprints at players committing as quickly as they can in order to give the opponents no time to make a decision. This, however, can present a problem to Salzburg in that the pressing player can easily be passed due to not being able to change direction when pressing. This means that a press of two players can be passed with one move from the opponent (as a lot of the time two Salzburg players arrive at an opponent at the same time). 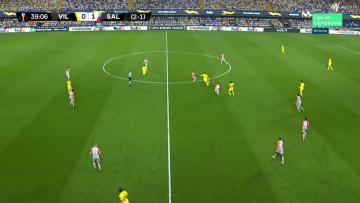 This causes a big problem as their press can be passed easily a lot of the time and they leave big spaces behind the pressing players – especially behind midfielders. A solution to this problem will be to have players commit in a staggered way so that they arrive at the opposing side at different times.

This can be effective at winning the ball back as the opponent will have to make an action to try to pass the first Salzburg player’s press which could give an easier situation for the second Salzburg player to win the ball back. This with a good body position (which would allow players to change direction more quickly) could mean a high number of turnovers.

Salzburg are an entertaining team to watch as they force a high number of transitions due to their aggressive style of defending forcing teams to play. Their organisation could be improved by being less committing to leave fewer gaps for the opponents to exploit. The biggest thing Salzburg could improve on is their ability when in possession as they lack structure and can only form attacks consistently by playing long balls down the line.

Also, they are limited by the funding of the league they are in which makes it difficult for them to keep players due to relying on selling talented young players for income. This will affect the way they are coached as every season they have a new batch of players meaning that it will be difficult to lay down complex ideas to the players. Marsch has intriguing ideas of how to play football and it would be interesting to see how he can set up a team with a more stable squad and more funds.