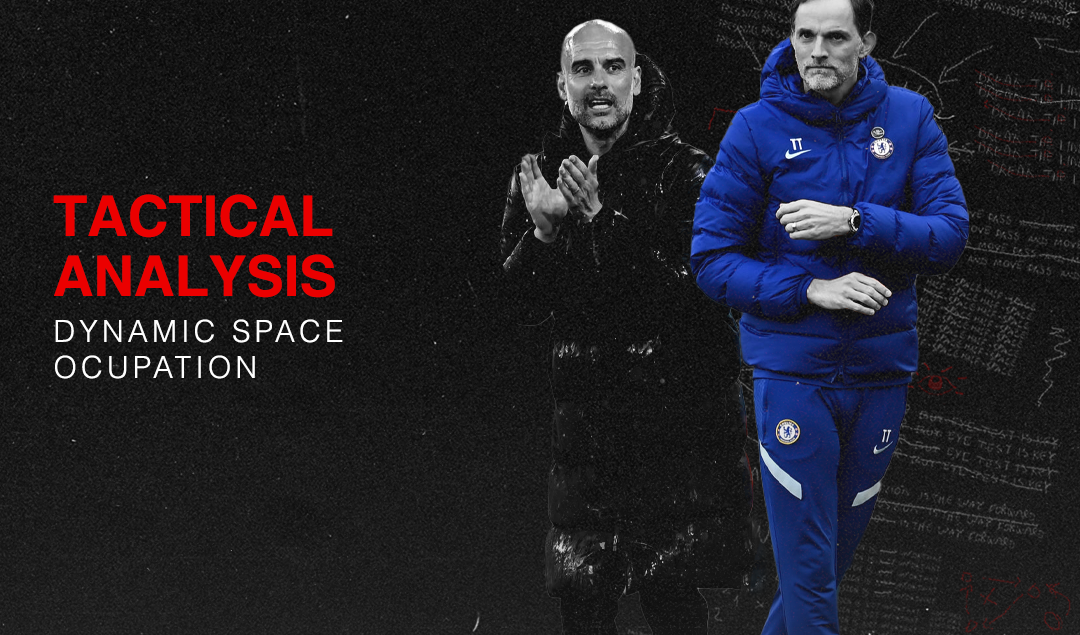 As Pep Guardiola’s Manchester City prepare to take on Thomas Tuchel’s Chelsea in the Champions League Final in Porto, it shows the reign of positional play as both managers have established the style of positional play in their team.

But to stand out among a wide range of teams using positional play these managers introduced an additional layer to their positional play principle which is Dynamic Space Occupation. Guardiola’s Manchester City especially has been causing havoc on defenses all around Europe with this principle added to them. This article looks at the concept of Dynamic Space Occupation and how it can be coached.

Positional play is a style of play where the football field is divided into specific zones that are to be occupied by the players. All these zones have specific functions that are to be performed by the players that occupy these zones. The zones might vary with the approaches that different coaches take, also the functions allotted to a zone might change in relation to the phase of play, position of the ball and the opposition.

As such, a single zone might have two or three functions that are to be executed by the player occupying that zone and the function to be performed has to be identified by the players using the factors mentioned above; phase of play, the position of the ball and the opposition. The players have to identify the function they have to perform with these factors in relation to the zone they occupy. An example is the pivot dropping between the CB’s to create numerical superiority when the opposition presses both the CB’s. 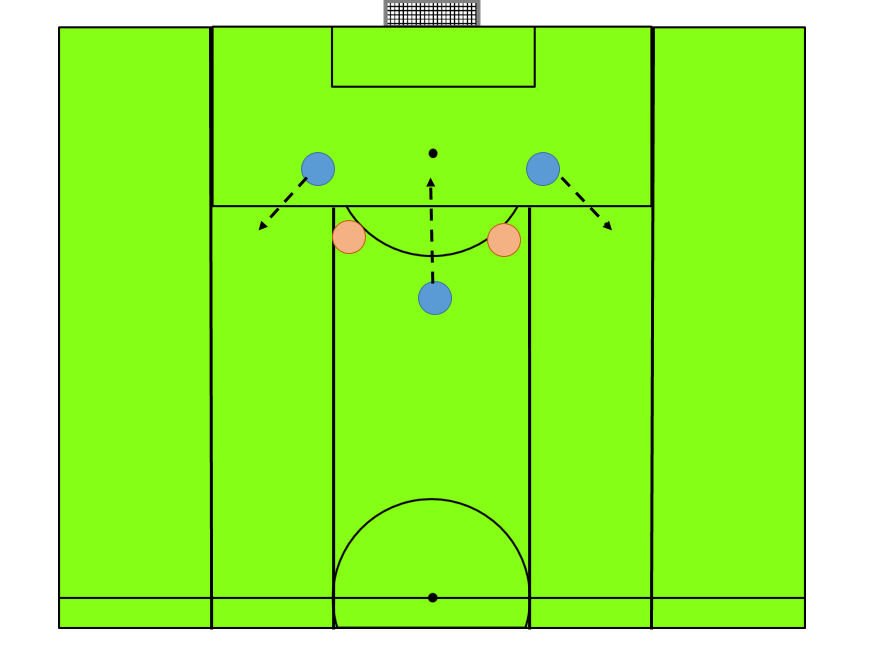 Here, the pivot identifies this function of dropping between the CB’s by the following factors:

In essence, the concept of dynamic space occupation is about players taking up each other’s functions as they move in and out of zones. The player who vacates a zone leaves the function allotted to that zone to the player who arrives and occupies a different zone along with a different function. An example is the CB carrying the ball forward and a CM dropping in to cover. Here the CB now has to perform the function of a CM and the CM has to perform the function of CB. 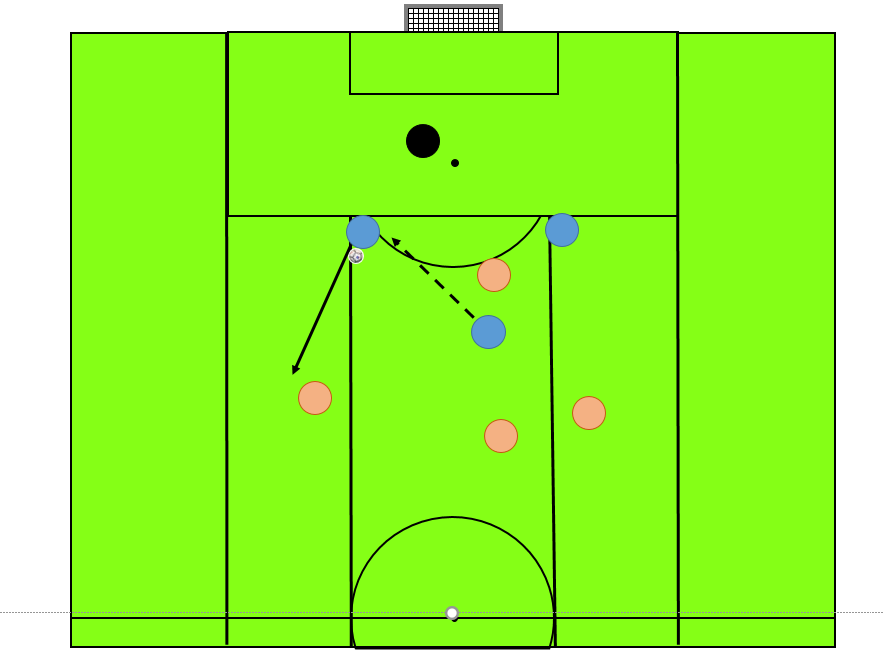 Coaching positional play and dynamic space occupation is a task that will need a lot of planning and commitment. No team can be expected to play this style by a fortnight of practice. Progression can only be made gradually as this style requires the whole team to think and act in synchrony throughout the game. The purpose behind each drill in training has to be:

Dividing the play area into zones and using constraints can help with improving the previously mentioned aspects but the constraints and division of zones must be realistic to the game that you wish to play. Also, it should be noted that the constraints must be there to encourage fluidity and flexibility, not to hamper them.

Since positional play requires the players to maintain short but adequate distances between them, pressing and counter-pressing can be looked at as a part of positional play. Thus it must be ensured that every game or drill during practice must permit moments of transition. The aim of coaching here should be to create a very responsible free flow football and the means to it can be, instilling automatism not just in movements in and out of zones but also in performing the required function. 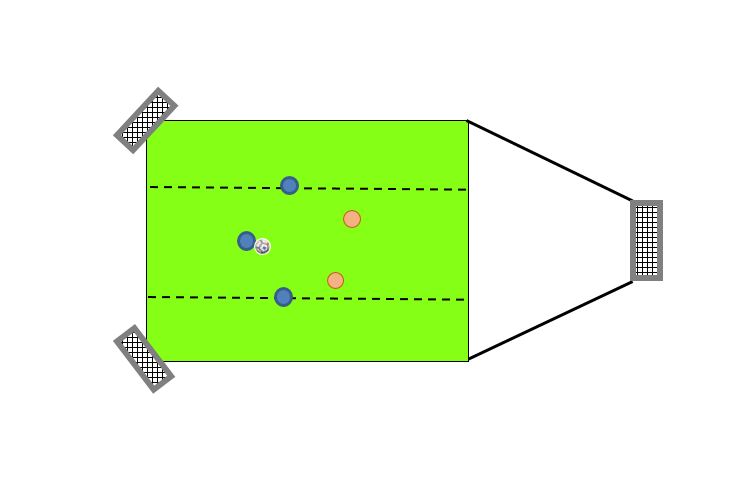 The ball cannot be dribbled to the white zone and the players can only arrive into this zone after the ball has entered the zone, this is so to encourage through balls and vertical passes. If the defenders win the ball back, they can score in the mini-goals. This drill can create in the players an understanding of zones and create a sense of urgency to move in and out of zones. 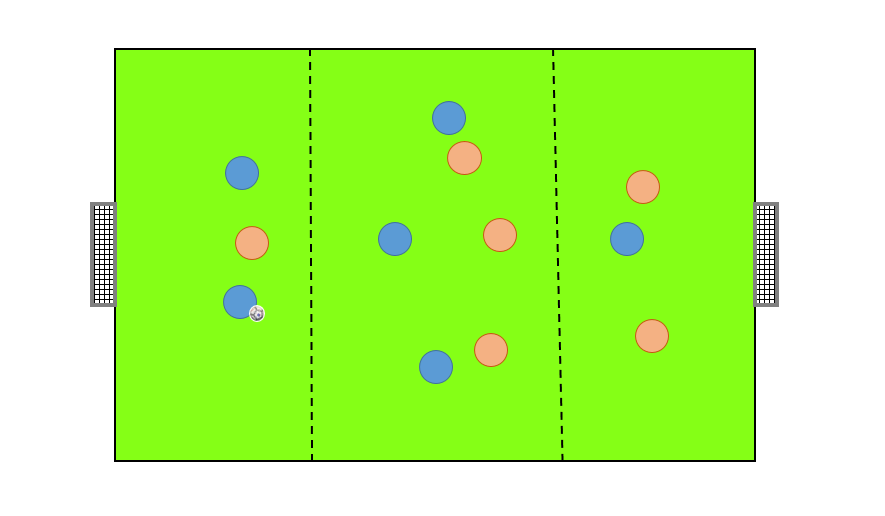 A 6v6 where the pitch is divided into 3 horizontal zones. The constraints here can be that maximum 2 players allowed in the build-up zone but minimum of 2 players required in the zone until the play reaches the attacking third. Also, only 1 player allowed in the attacking zone until the play reaches the progression zone from the build-up zone.

Emphasis has to be put on the fact that the player required in each zone can be any player from the team and progressions made through rotations should be rewarded [example: progression made to the final third by a rotation between a midfielder and the forward]. 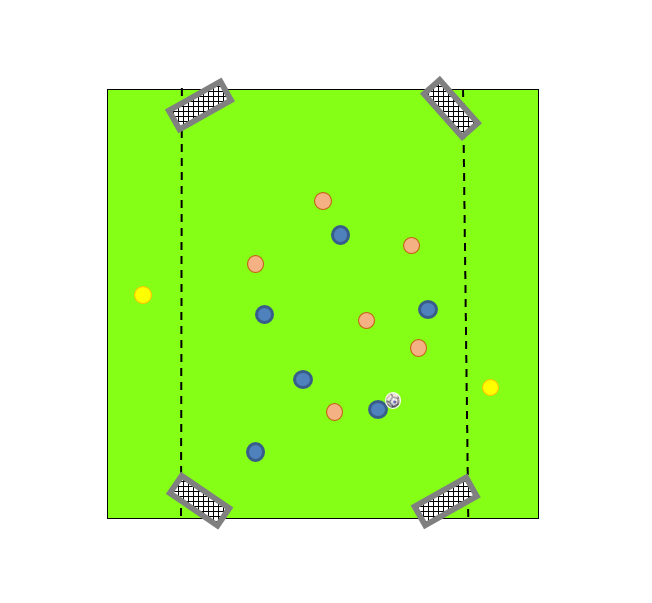 A 6v6+2 with 2 neutral players and 2 mini goals at each end slightly tilted inwards to put emphasis on playing through the center. The 2 neutral players can enter the middle zone but it is required that the wide zones must always and only be occupied by a single player so as to encourage wide rotations.