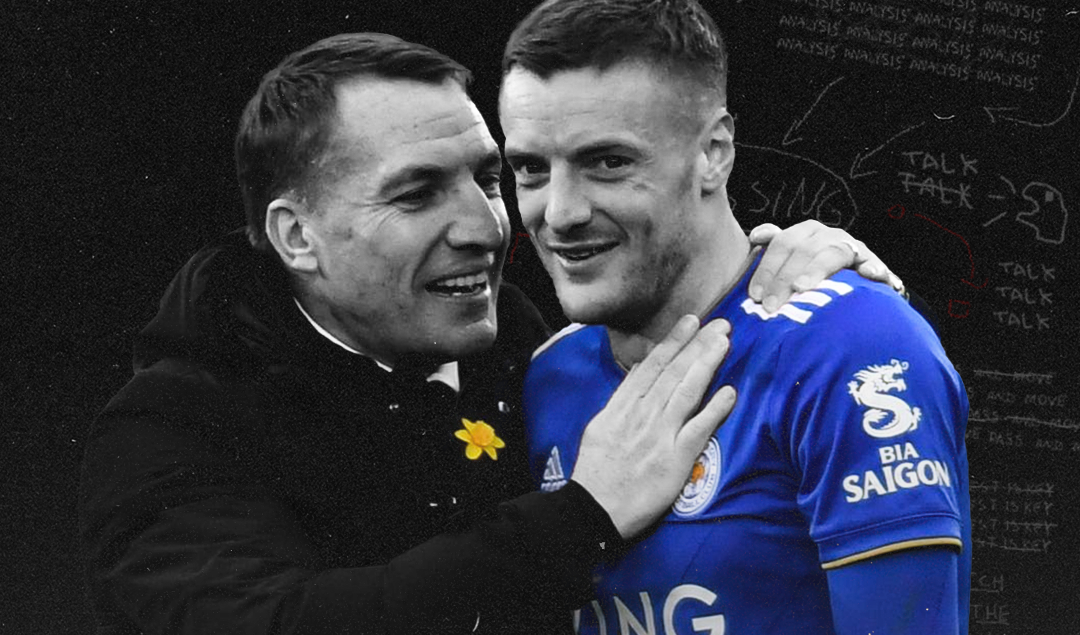 Since replacing Claude Puel as Leicester City manager on February 21, 2019, Brendan Rodgers has led the Foxes to the FA Cup and FA Community Shield and back-to-back fifth-place finishes. Under Rodgers, Leicester have emerged as one of the most tactically flexible teams in Europe, often displaying high-tempo electric football and defensive solidity.

Ole Gunnar Solskjaer has come under constant scrutiny this season for Manchester United’s disappointing results and unconvincing performances, and it is no secret that Rodgers is viewed as one of the potential options to take over at Old Trafford. The Northern Irishman has built a counter-attacking machine at the King Power Stadium, combining elements from Jurgen Klopp’s Liverpool and Pep Guardiola’s Manchester City and creating a hybrid that suits the strengths of the Leicester players and masks their weaknesses.

In a 3-5-2 and a 4-3-3, the key players are the two central midfielders who are positioned in front of the holding midfielder. This is because they are the first players to receive the ball after a challenge in the middle third of the field, and they are also closer to their teammates when they are pressing high and are thus able to support them if needed in the transition phase.

On the other hand, in the 4-1-4-1 formation, the system doesn’t change as much as the 4-3-3 does; the only difference is the role of the striker as the player would sometimes come deep to support and create space for his teammates. This striker must also have the speed to play on the shoulder of the last defender and take advantage of the space that is left behind the defensive line.

In the 4-2-3-1, the main key players are the attacking midfielder and the two wide players as they are typically the first players to receive the ball, often dropping and coming inside to get on the ball as quickly as possible.  The common task between all these key players is to transfer the ball into the final third quickly, which is something that Leicester City accomplish in about 5-9 seconds.

Out of Possession Setup

Breaking Down the 4 -4 -2 Mid-Block: Analysing Leicester City’s Possession Play against Villarreal’s Mid-Block in the Pre -Season

The whole ideology behind this strategy is for the key players to be closer to react to the ground and aerial duels, often moving inside and dropping deep so that when they do win the ball, the key players will be in an ideal position to set up or trigger a counter-attack.

Leicester often execute this in a 1+3 method: one player on the ball with three players supporting the run of the ball carrier. This is typically one of the key players as the carrier with three players of the attacking line (depending on the formation) to create a numerical superiority on the transition, with four Leicester players in close proximity to one another.

To conclude, Leicester City are a flexible team that look to set up according to their opponents, with their main strength being counter-attacks. Under Brendan Rodgers, they have become one of the best teams in Europe at practicing this counter-attacking approach, and if Manchester United do look to move on from Ole Gunnar Solskjaer in the coming months, they should strongly consider Rodgers as a potential candidate.