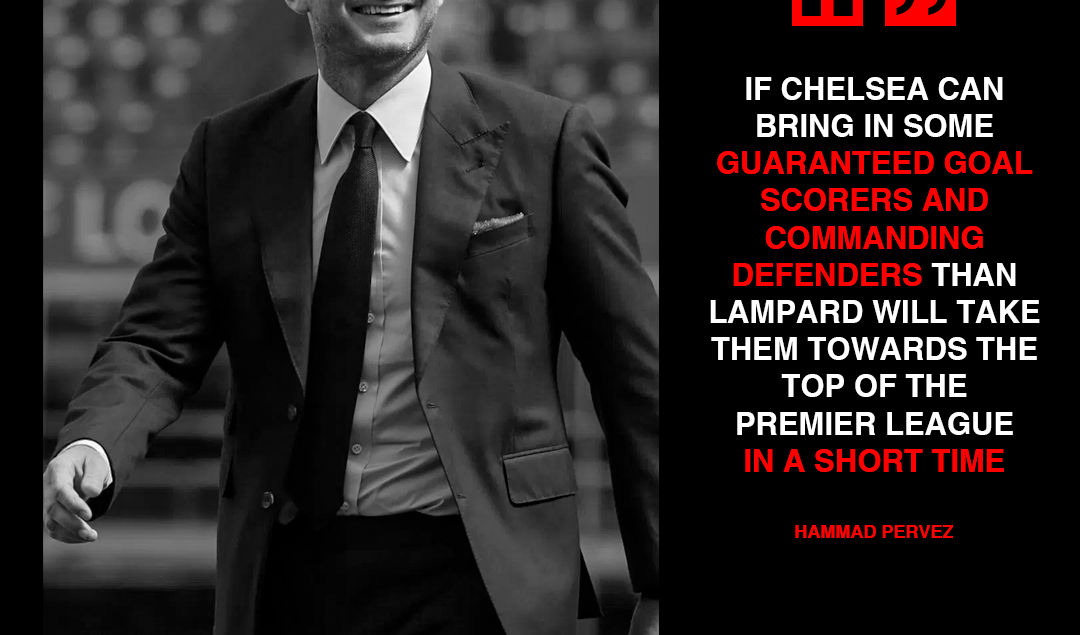 Something unique is happening at Stamford Bridge this season. For the first time in the club’s history, Chelsea were forced to deal with a transfer ban, which prohibited them from replacing their best player in Eden Hazard. They replaced outgoing manager Maurizio Sarri with club legend Frank Lampard, a far cry from the more proven and successful coaches Chelsea have enjoyed this century.

For the first time in Roman Abramovich’s reign, Chelsea seem to have a long term plan and a manager who is not afraid to give opportunities to Chelsea’s talented youngsters. The Blues had played 42 games this season before COVID-19 caused the suspension of football, and even though Chelsea had registered wins in only half of these matches –  it is their possession-based, attacking football that is winning hearts and minds around the football world.

Lampard‘s football hints at long-term success and stability at Chelsea, something that has not always been the case under Abramovich.

Although Lampard‘s team were completely dominated by Bayern Munich in the 3-0 loss at home in the Champions League, however, they have been unlucky in many games this season. Chelsea dominated and had more shots in losses such as the 4-0 loss vs. Manchester United or 1-0 vs Newcastle.

Chelsea had 54% of the ball against United at Old Trafford, and they had 18 attempts at goal, seven more than the Red Devils and hit the frame of the goal twice. Micheal Cox of The Athletic called United’s win the worst 4-0 win he has ever seen. Against Newcastle United, Chelsea had 70% of the ball with 19 shots, a whopping 12 more than the opposition but they ultimately lost to a 94th minute goal.

Games such as two 2-1 defeats against Manchester City and Liverpool as well as their 2-1 win in Amsterdam against Ajax (last season’s Champions League Semifinalists) demonstrated Chelsea’s ability to compete with the best teams in the game.

In the 2-1 loss against Manchester City, the Blues conceded goals due to their own mistakes, but they dominated the ball at Etihad Stadium against a City team that has averaged the most possession in the last two seasons in the top five European leagues in the world. Chelsea had 53.26% possession during the game, the highest percentage against any Guardiola team in any match in charge of Barcelona, Bayern Munich or Manchester City.

Lampard‘s team are not only interested in keeping the ball; they play lots of vertical passes, they have plenty of attempts at the opposition goal and the Blues have scored 83 goals in Lampard‘s tenure.

In their Champions League group stage win against Ajax away from home, the Blues had 48% of the ball with 16 attempts, which is six more than the Dutch champions. Lampard‘s team plays attractive, attacking football, but due to various reasons, Chelsea have not been able to convert all their brilliant performances into wins.

For example, Chelsea had 55% of ball in the 1-2 loss against Liverpool where they had 13 shots, 7 more than the European Champions but they lost due to conceding two set piece goals. Let’s discuss the tactics used by Lampard to produce these performances.

The 4-2-3-1 has been the most used formation under Lampard and this seems to be the most suitable setup for the current Chelsea squad. Chelsea play with very high fullbacks, their wingers move into the inside channels, which forces the opposition defense to get narrow, this creates space for the Blues fullbacks to attack. Here is how 4-2-3-1 looks in the beginning

To give you a sense of the attacking nature of Chelsea’s fullbacks, Recce James has scored twice and Azpilicueta (who has played at fullback in most matches) has also scored four goals. Marcos Alonso is especially adventurous, having scored 4 goals from left back this season.

In midfield, Mason Mount has the freedom to roam around. Sometimes he will move wide to create overloads with the fullbacks, sometimes he aids in the buildup phase, and he is equally adept at making runs in to the box. This system offers Chelsea a lot more protection against counter-attacks compared to the 4-3-3, where two midfielders would be playing between the lines or closer to the centre forward.

Jorginho (Chelsea’s deepest midfielder) is amazing with ball circulation, but the Italian is not a ball winner or a destroyer like N’Golo Kanté, so he needs a midfielder like Mateo Kovacic or the French World Cup winner himself to regain the ball quickly. Chelsea’s fullbacks leave a lot of space when they get forward so leaving Jorginho alone to protect the centre-backs is too big of a gamble against Premier league and Champions league opponents.

From the aforementioned examples of the games against Manchester City, Liverpool and Newcastle, you can see that Chelsea want to play possession based football and they try to build out from the back.

The buildup shape is very similar to the 2-2-1-5 explained above. Lampard wants a double pivot in front of the centre-backs and one midfielder (usually Mason Mount) tries to find gaps between the lines. The fullbacks do not start as high, instead they stay wide, hugging the touchline to stretch the opposition and create passing lanes to progress the ball forward.
Chelsea’s buildup shape in the 4-2-3-1 looks like this:

When the opposition block the passing lanes to the fullbacks and Chelsea midfielders, then the Blues forwards drop between the lines to bring the ball forward, either with third-man runs (something that has been very common at Chelsea this season) or by using their dribbling ability.

Lampard has also used the back five system in the seven months as the Blues coach. The principles are very similar to the 4-2-3-1 as the width comes from the wing-backs and wide forwards still try to attack from the inside channels but there is greater protection against counter-attacks compared to the back-four.

In my humble opinion, the 4-2-3-1 is the best system for the type of football that Lampard wants to implement in London. Chelsea can have attacking fullbacks, creativity from midfield, protection against fast transitions and numbers in and around the penalty box to score goals.

The 5-2-2-1 failed against Bayern Munich, besides Chelsea have too many quality attacking midfielders or wingers such as Mount, Pulisic, Hudson-Odoi, Willian, Barkley, Ruben Loftus-Cheek and new signing Hakim Ziyech, the 4-2-3-1 is the ideal system for Chelsea.

Even though Lampard‘s has only won 21 of the 42 games and just 14 of 29 in Premier League but he has shown many positive signs that hint at a long, successful career. Lampard‘s Blues have already beaten Mourinho’s Tottenham (twice), Erik Ten Hag’s Ajax, Carlo Ancelotti’s Everton, Mikel Arteta’s Arsenal and eliminated Jurgen Klopp’s Liverpool from the FA Cup.

The biggest problem for Chelsea was the transfer ban, which was lifted in January, but Lampard needs time to build a side. Hakim Ziyech is already signed for the next season, and there will be more arrivals and departures at Stamford Bridge in the summer.

When you look at Chelsea’s goal scorers, you can see that this area needs a lot of improvement. Tammy Abraham has 15 goals in all competitions but he has not scored against Manchester United, City or Liverpool. Furthermore, no one else has even hit double figures for Chelsea. Pedro has netted just twice, Willian, Mason Mount and Pulisic have 6. Ross Barkley, Olivier Giroud and Hudson-Odoi have scored just 3 times under Lampard.

Another reason why Chelsea have not been able to convert dominating performances into wins is their inconsistent defense which has conceded 53 goals in just 42 games. The likes of Andreas Christensen, Kurt Zouma and Emerson have looked very unsure and they might be sold in the summer.

If Chelsea can bring in some guaranteed goal scorers and commanding defenders than Lampard will take them towards the top of the Premier League in a short time, and to quote the brilliant Roy Keane here, “Top usually means number 1”.