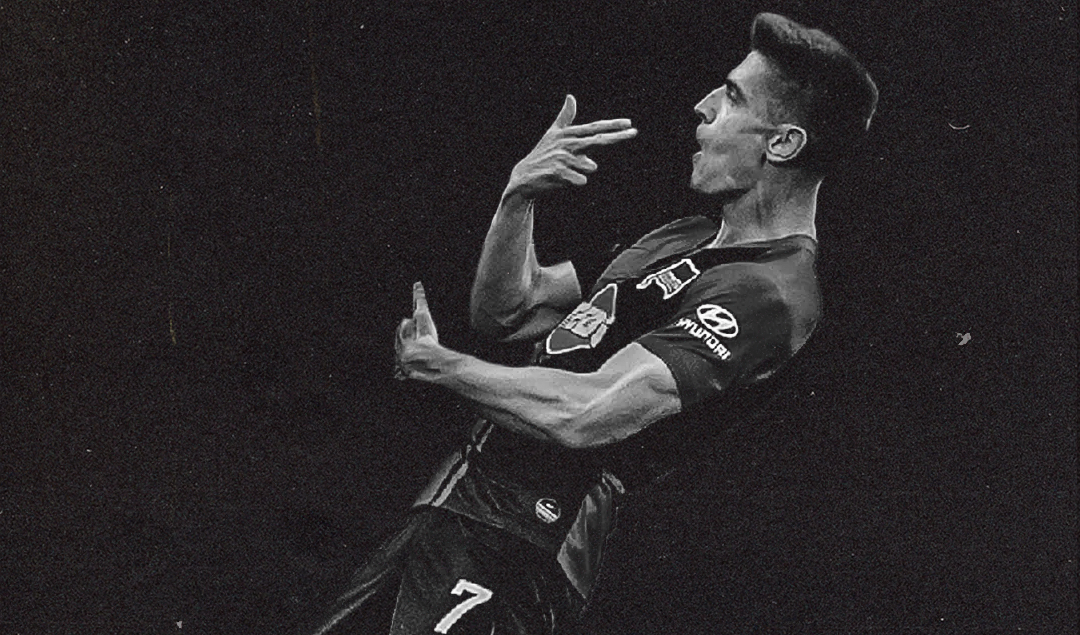 On Wednesday, Hertha Berlin visited RB Leipzig at an empty Red Bull Arena on the 28th Matchday of the Bundesliga season. With Dortmund’s 1-0 defeat against Bayern on Tuesday, Leipzig were able to jump to second place if they won against Hertha Berlin, who had picked up two wins in a row since the league resumed.

It didn’t go as expected for the home team, who shared points with Hertha in a 2-2 draw after a goal conceded from a corner and a penalty converted by former Leipzig player Matheus Cunha. Bruno Labadia’s men nearly scored a third goal at the end of the game after pushing Julian Nagelsmann’s 10 men, due to a Marcel Halstenberg red card.

Leipzig started the game in a 4-4-2 shape, with Patrick Schick playing alongside Timo Werner in the attacking two. Hertha, on the other hand, went with their traditional 4-2-3-1 formation.

Despite starting the game in a 4-4-2 formation, Leipzig used a 3-4-2-1 on the ball. They kept their traditional shape in midfield, as Leipzig’s central midfielders, Konrad Laimer and Marcel Sabitzer, formed a box with Leipzig’s wingers, Dani Olmo and Timo Werner. When the wingers opened passing lanes in between the opponent’s lines, Leipzig’s wing-backs were able to provide width, as seen below.

By dropping in between the midfield line, the wingers help ball progression, and if they can’t be reached, Laimer and Sabitzer can quickly circulate the ball to wide areas for a cross. If a cross can’t be achieved by the wing-back, there is still a triangle with the midfielder and the winger.

This box in midfield not only enables ball progression but also provides more passing lanes to the ball-carrier as he will always have two to three teammates around him. As seen above, if the ball comes inside, Werner will still wait in the middle of the pitch to quickly circulate the ball to the other side, where a wing-back will be alone to cross the ball.

We have focused on what the box can provide higher up the pitch, but here, we have a situation where the box is useful when Leipzig are still in the first phase of build-up. Laimer drops deeper to form a diamond and Werner follows his movement, thus opening a passing lane to Laimer who can progress the ball by an easy forward pass.

The last aspect of Leipzig’s box is how fluid their forwards are together. They understand each other and interchange positions with ease, as demonstrated with Patrick Schick dropping deeper the whole game to link up play.

With the Czech’s cunning movement, he was able to drag opposition towards him and open up space for his teammates to exploit the space in behind.

Both Leipzig and Hertha scored from corner kicks, with the two sides combining for a total of 11 corners in the game.

Here, the majority of Hertha players start on the edge of the box whilst two teammates are close to Leizpig goalkeeper Péter Gulácsi. With both Dedryck Boyata and Marvin Plattenhardt occupying the goalkeeper, Jordan Torunarigha makes a far post run to attract the defenders’ attention, whilst Marko Grujić headed for the near post.

As Leipzig were in a zonal marking set-up, there was ample space in the middle of the penalty area for Grujić to charge into and score with a well-struck volley due to a lack of communication between Leipzig’s defenders.

Following Hertha’s opener, Leipzig pulled off some set-piece magic of their own. Their players started their runs from the edge of the box, as Christophe Nkunku fired an in-swinging corner towards the near post. Schick, Dayot Upamecano and Lukas Klostermann charged towards the near post, while Halstenberg zoomed to the far post to mop up a potential rebound. Klostermann expertly placed his header past Rune Jarstein in goal, tying the score.

Both teams had a fairly similar corner strategy, with players overloading the near post and one player going on the far post to target his opponent’s blindside. What was different, however, is how the opponent defended, with Leipzig in a zonal marking system and Hertha in man-to-man coverage.

Leipzig decided to not press Hertha’s centre backs and closed down the middle of the pitch to avoid ball progression in dangerous areas. As such, Hertha had to progress the ball wide to their full-backs.

Once the ball reached the wide area, Leipzig players closed down Hertha players to force them go long or find a passing option on the flank. As seen below, Werner follows Per Skjelbred in the middle, and Plattenhart is forced to attempt a long pass forward which Sabitzer then intercepts.

This strategy forced Hertha to change their strategy after 15 minutes, and instead play direct and attempt to win second balls.

Rather than give Jarstein a short passing option, Hertha’s defenders push up to win potential rebounds high up the pitch. The Norweigan goalkeeper would instead boot a pass up the pitch — 13 of his passes were long balls.

Overall, Hertha’s long balls were fairly accurate with 61% accuracy, which allowed them to progress the ball forward. With Vedad Ibisevič and Matheus Cunha’s aerial prowess, they managed to win several second balls against Tyler Adams or Upamecano.

Despite dominating the game, Leipzig fell short with a draw against Hertha. A stupid mistake from Ademola Lookman, who fouled Matheus Cunha in Leipzig’s box, allowed the away team to score their second goal late on.

Leipzig are now third, two points off Borussia Dortmund and two points ahead Borussia Mönchengladbach. It seems a certainty that they will have to wait for next season to challenge for their first Bundesliga title.