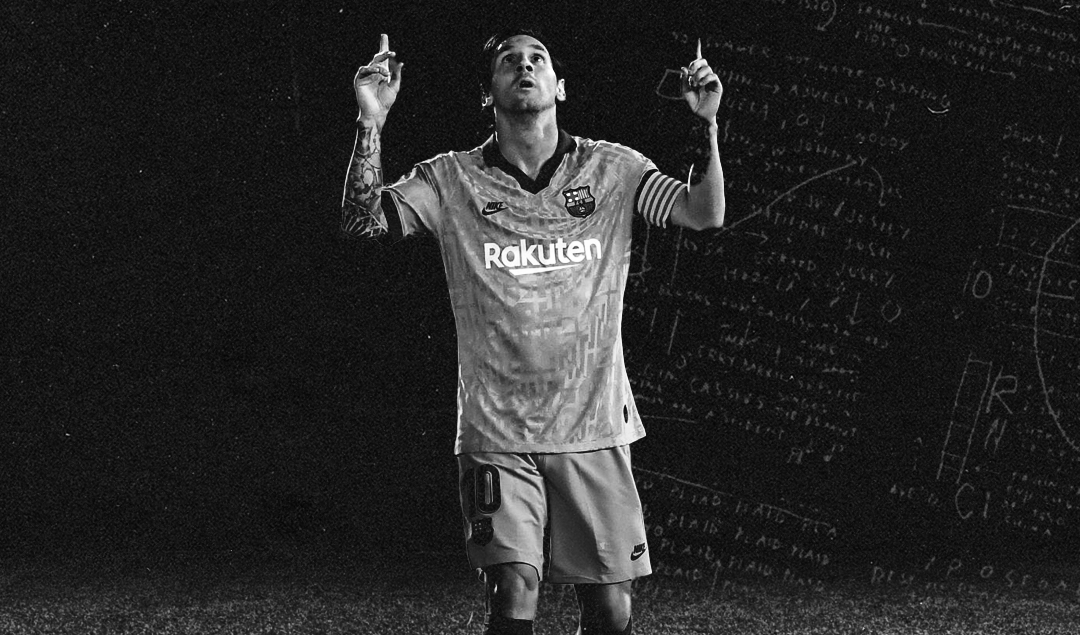 With La Liga resuming this week, relegation-threatened Mallorca took on league leaders Barcelona at the Son Moix stadium.  Barcelona needed to win to maintain their charge for a third consecutive league title, and they did it in a dashing manner by romping to a 4-0 victory.

Barcelona’s 4-3-3 morphed into a 4-4-2 diamond in possession. Martin Braithwaite drifted in from the left flank to the inside, and Antoine Griezmann dropped deep while Arturo Vidal pushed up from midfield.

Lionel Messi would also drift inside and come deep to assist in the build-up, leaving huge spaces on the flank for the fullbacks Jordi Alba and Sergio Roberto, who bombed forward to provide width. 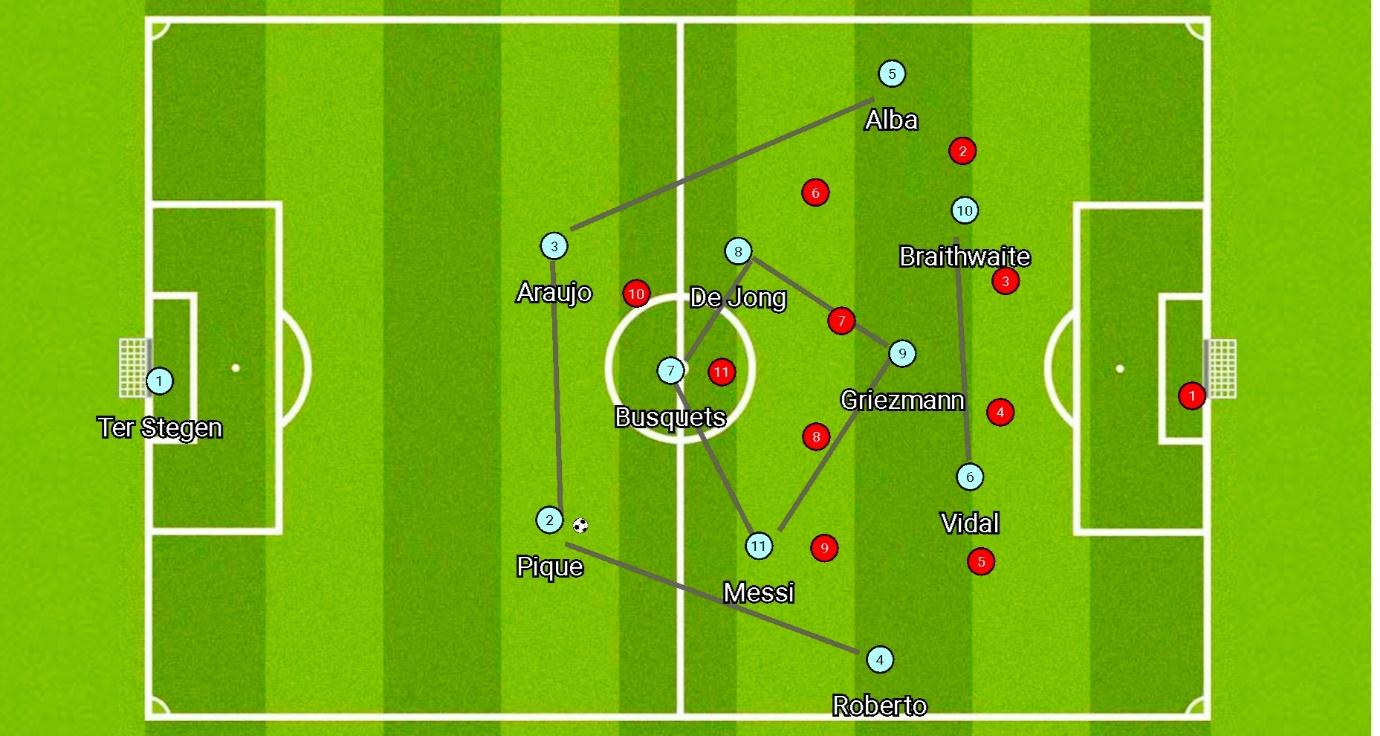 As seen above, Messi is able to come inside and deep to create, which allows Vidal to push up. Griezmann drops deep to play in his preferred false 9 role whereas Alba has the whole left flank to operate, facilitated by Braithwaite’s movement inside.

Barcelona were able to score their first goal with the help of this shape, with Vidal making his trademark late run into the box and heading in Alba’s cross from the left flank to make it 1-0 inside the first two minutes of the game. 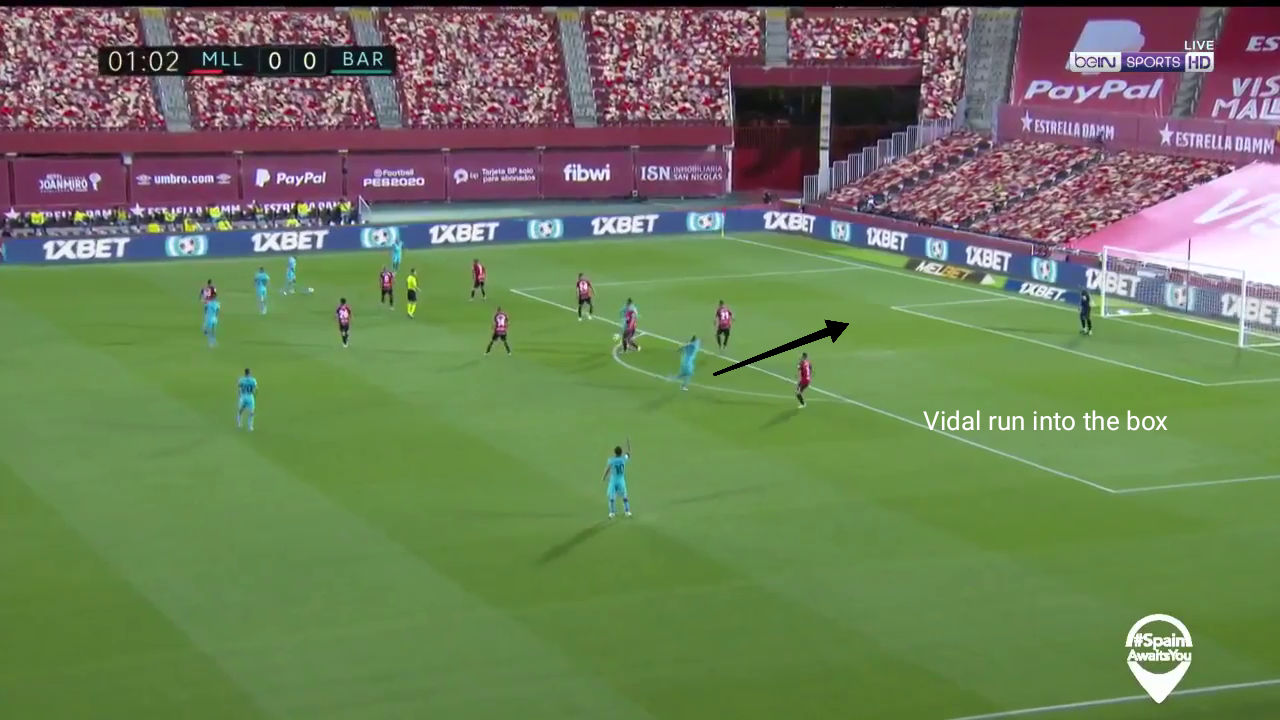 Mallorca set themselves up in a 4-4-1-1 shape out of possession with one of the strikers dropping deep to man-mark Sergio Busquets. With Busquets marked, Frenkie de Jong would drop deep to assist the centre backs in the build-up.

Barcelona would also look to drag Mallorca to one side of the pitch before switching to the free man (usually a CB) who could then carry and progress the ball in the free space. 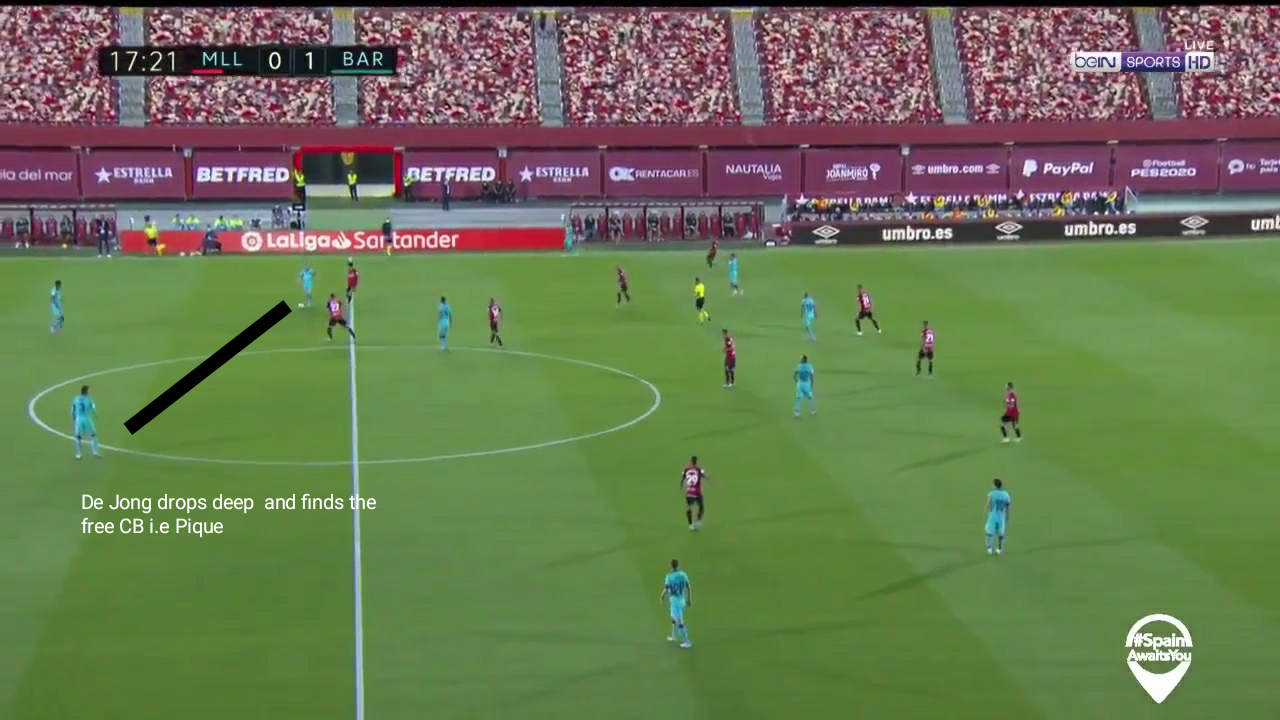 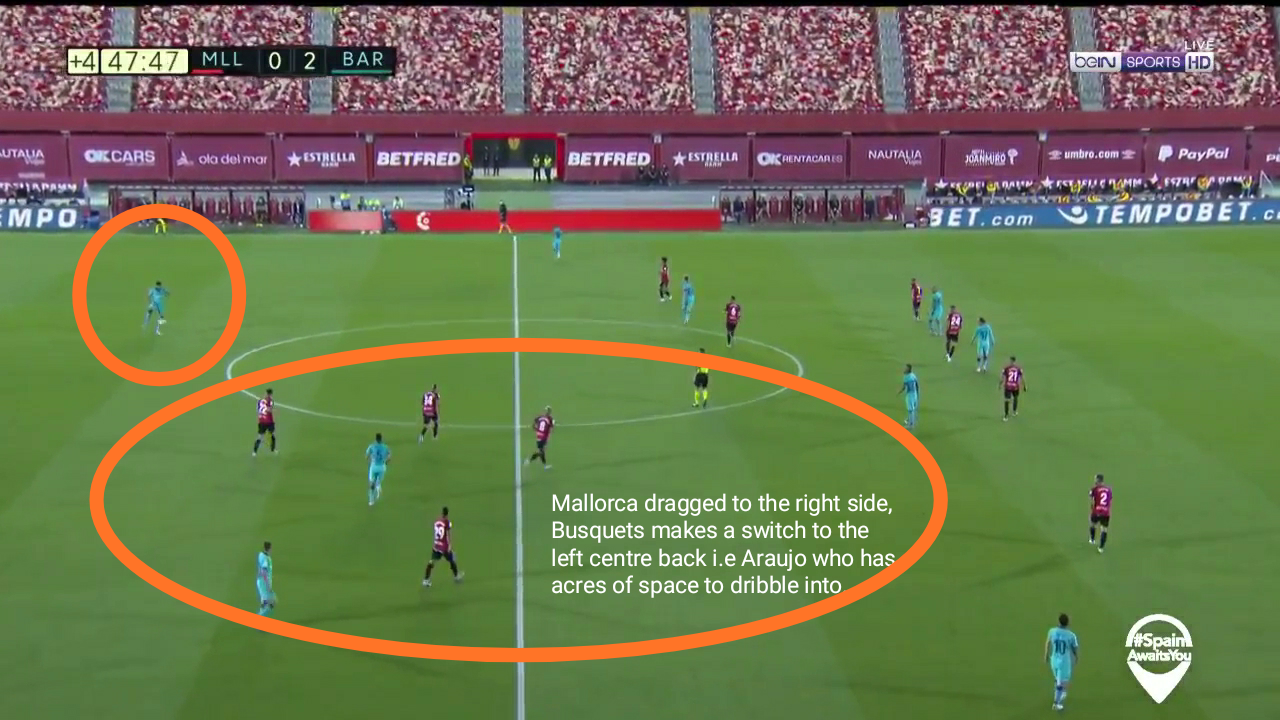 Magician Messi and the Fullbacks Threat

Once Barcelona progressed the ball through the first phase, they would often look to find Messi, who had drifted deep and infield from the right flank. Messi then would use his silky passing and dribbling skills to connect and open up spaces for his teammates.

Here, Mallorca midfielders try to close down Messi but space opens up for De Jong who is free in between the lines. 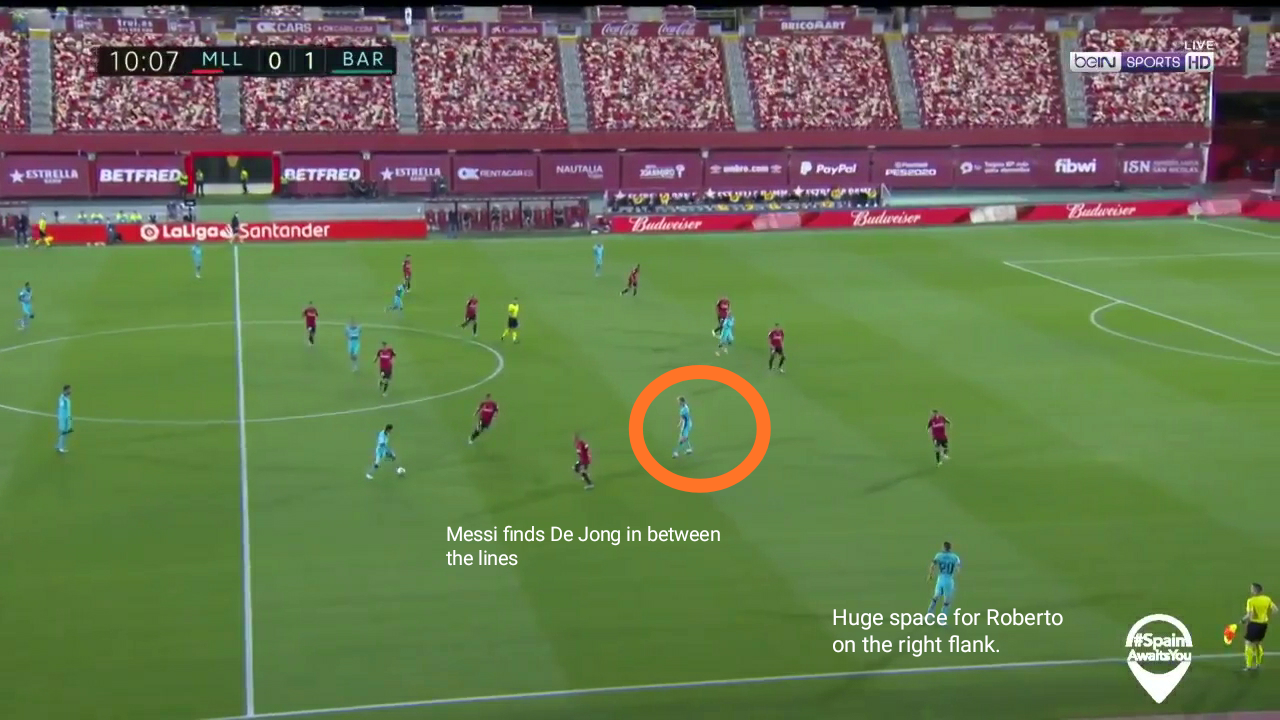 Due to Barcelona’s diamond shape in midfield, Mallorca wingers had to tuck inside to remain compact in the centre, but this meant that there would be huge amount of space for the likes of Roberto and Alba on the flanks to exploit. They were a constant threat in the first half for Mallorca’s defense and created a handful of opportunities for Barcelona forwards.

Mallorca were hardly able to create any decent chances in the first half due to their inability to progress the ball efficiently, but also due to Barcelona’s excellent high pressing, which helped reduce any offensive transitional threat from Mallorca.

Due to their diamond shape in midfield, Barcelona often had a huge number of players centrally who were in a good position to counter-press as a unit. 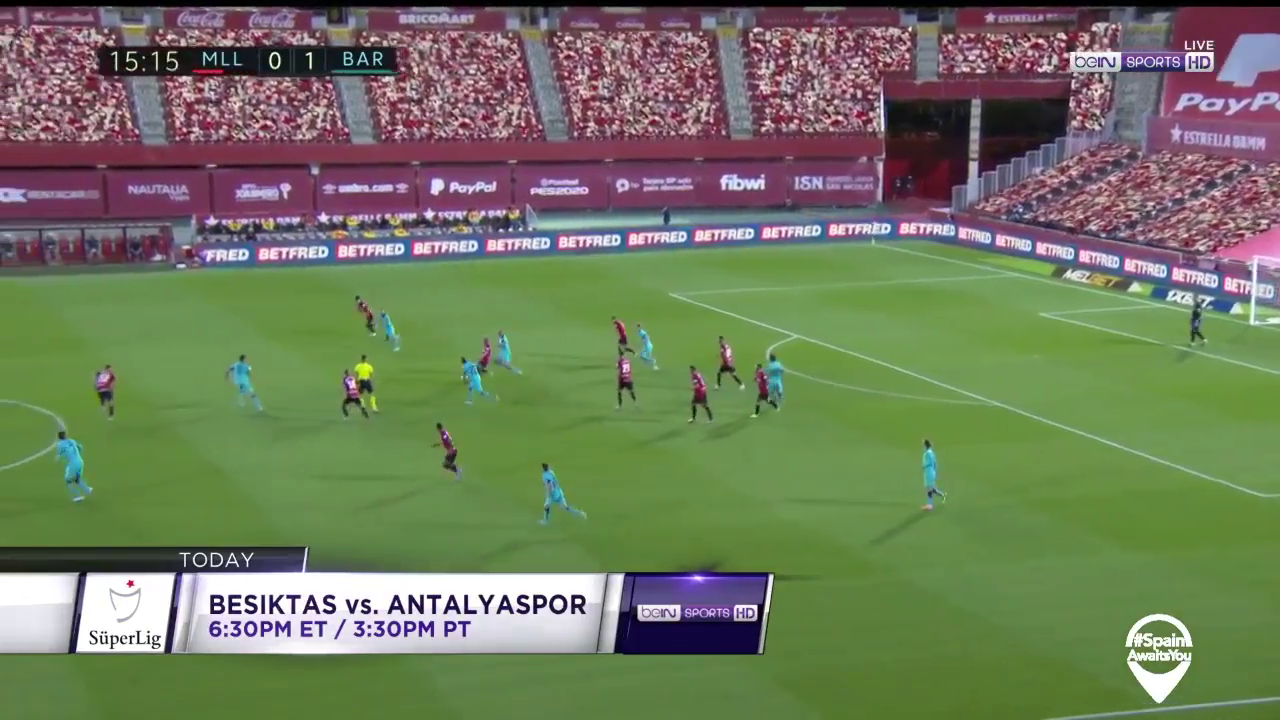 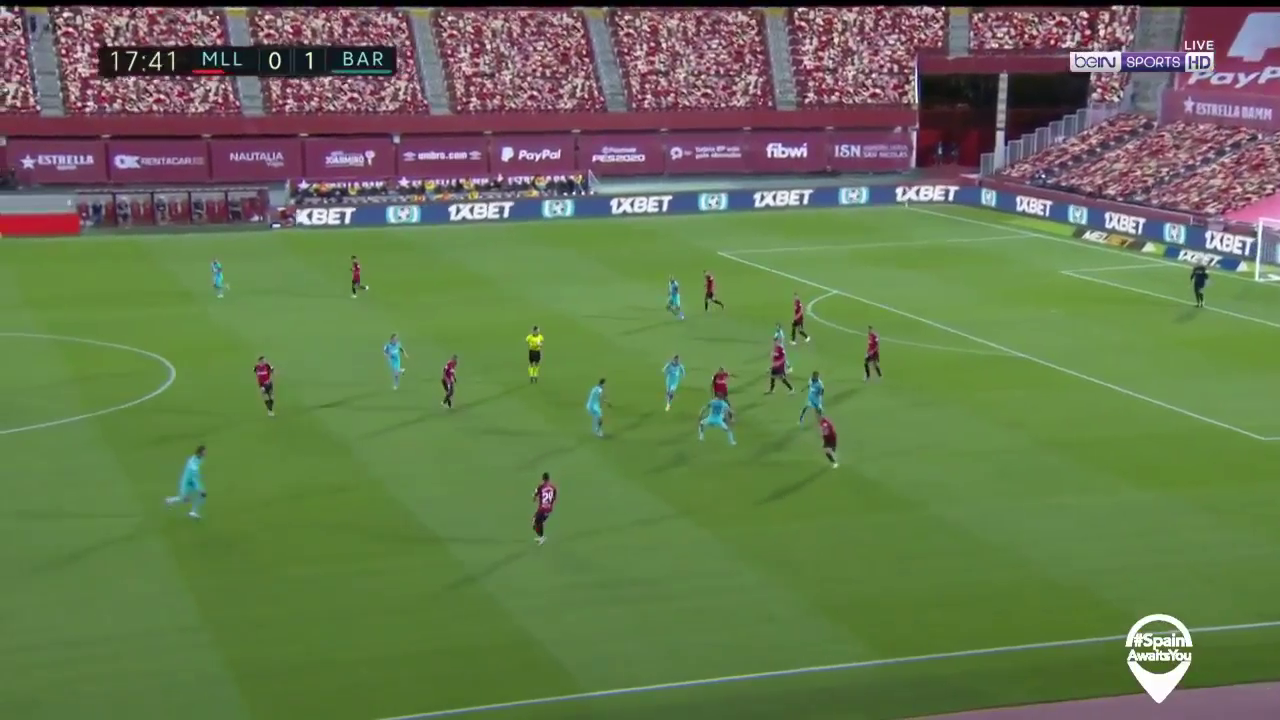 After going 2-0 down at half-time and being completely dominated in the first half, Mallorca needed to alter their plans in the forthcoming half. They decided to be aggressive and press Barcelona high up the pitch.

Barcelona would then look to use Marc-André Ter Stegen in the build-up and try to utilise his excellent ball playing abilities to find players in free space. With everyone marked by Mallorca’s high press, Ter Stegen would look to step up and temporarily made a back three with the other two centre backs.

One of the common mechanisms used by Barcelona to beat the high press (especially man-oriented) throughout the season has been Ter Stegen’s pinpoint vertical pass into the dropping striker, usually either Luis Suárez or Antoine Griezmann, as seen below: 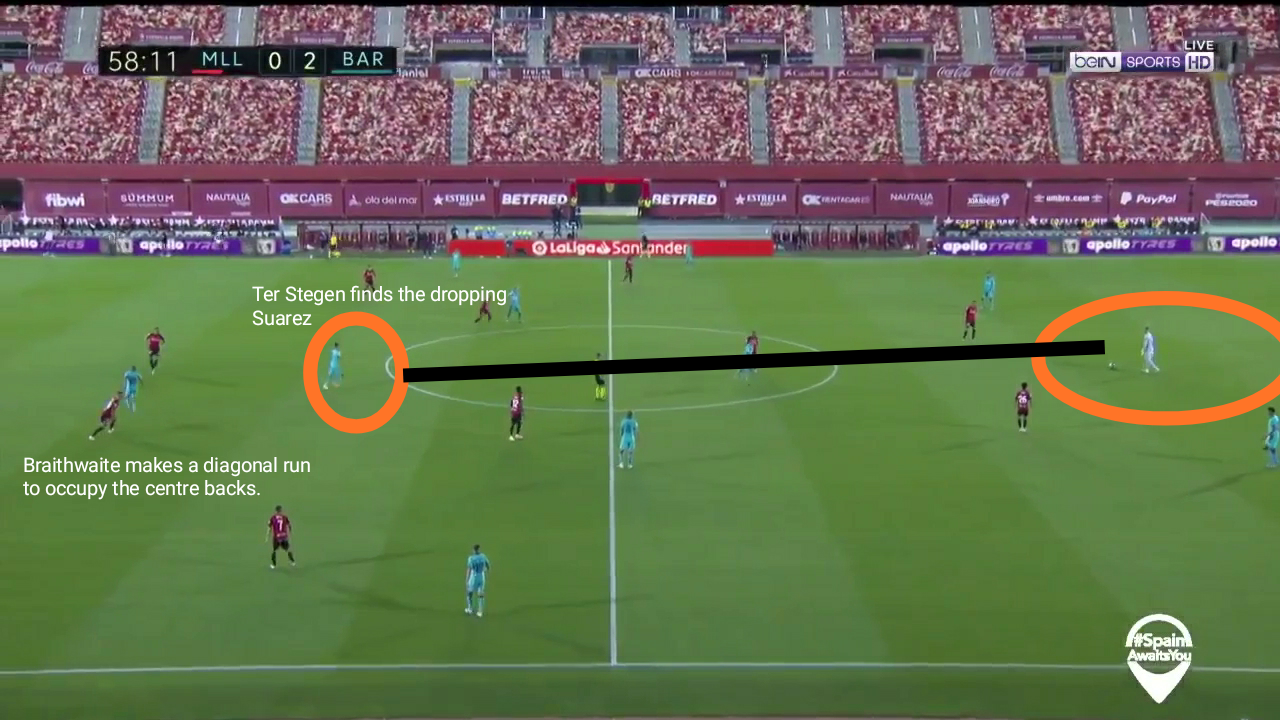 The high press and high defensive line caused more problems for Mallorca as now Barcelona had huge spaces to exploit especially in behind. This was showcased in the third goal with Messi finding Alba, who made a curved run to the inside to score. 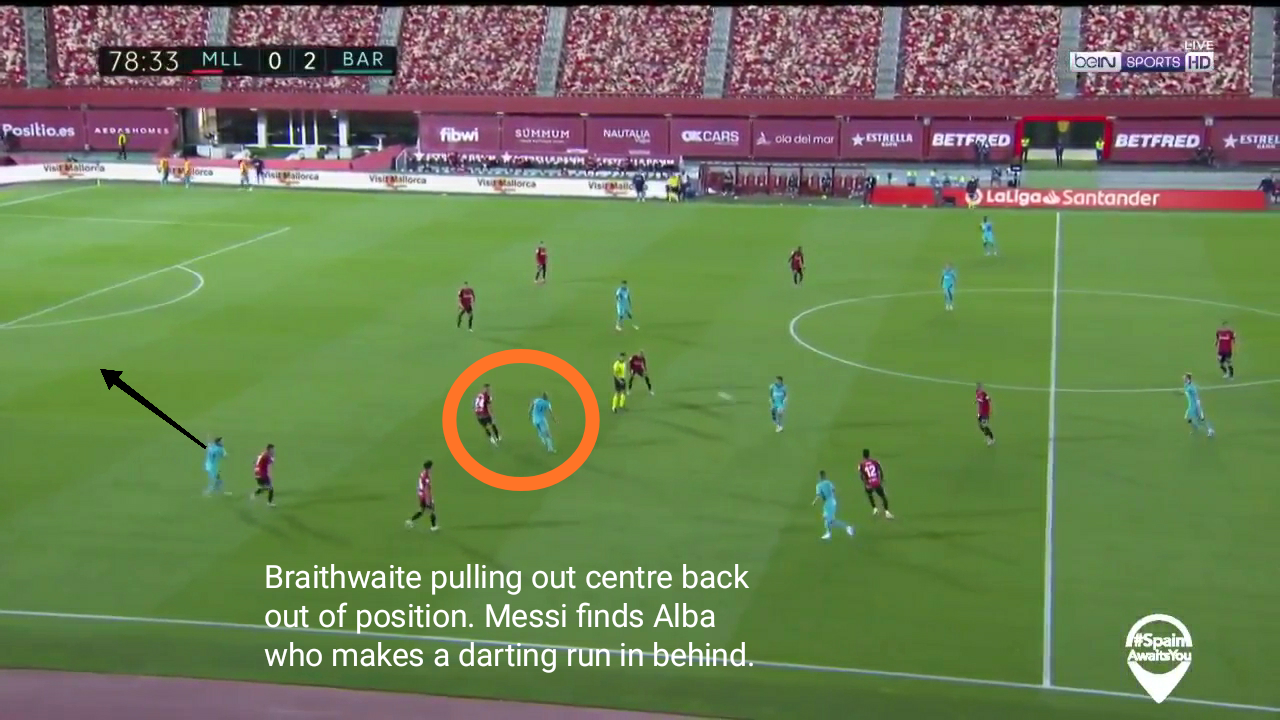 Mallorca on the other side upped their game slightly and were able to create some decent chances especially in transitions with the help of wonderkid Takefusa Kubo who would usually cut in from the right and shoot. Their best chance came from a transition when Barcelona’s defense was out of shape. 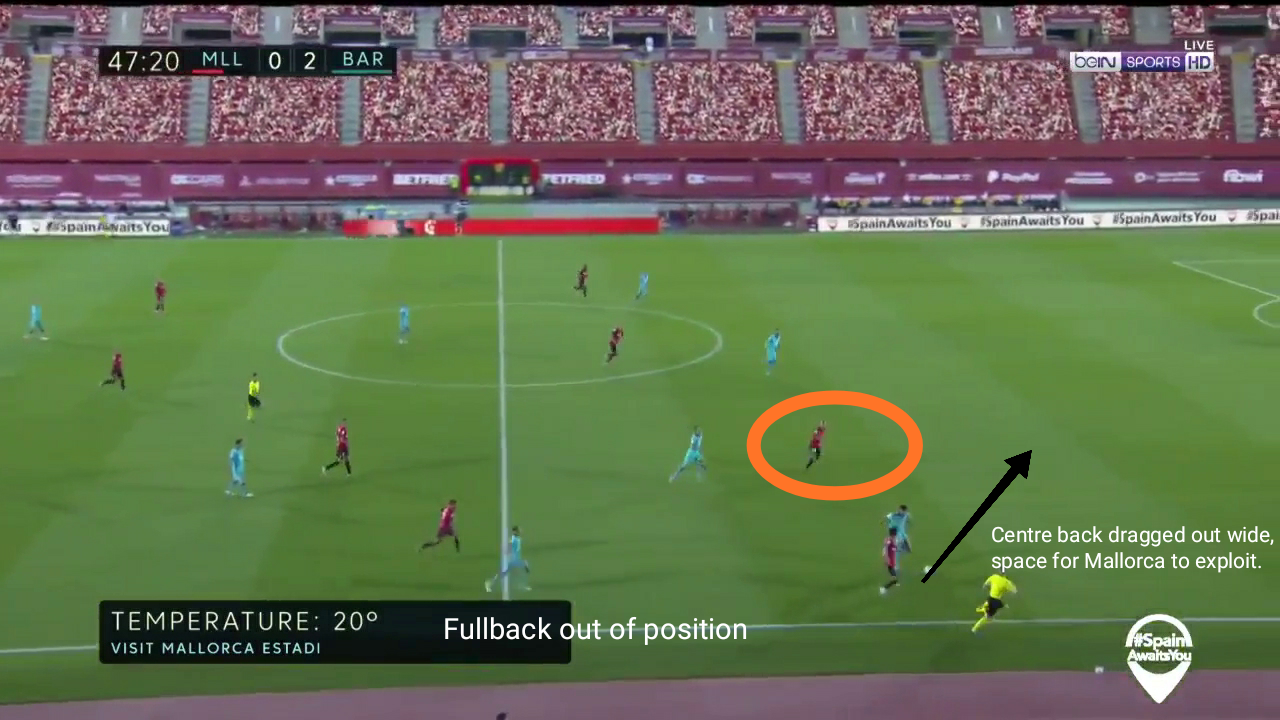 Barcelona comfortably won the game 4-0 with a solid performance to maintain their title charge. As for Mallorca, they find themselves in desperate need of three points to escape the relegation zone.