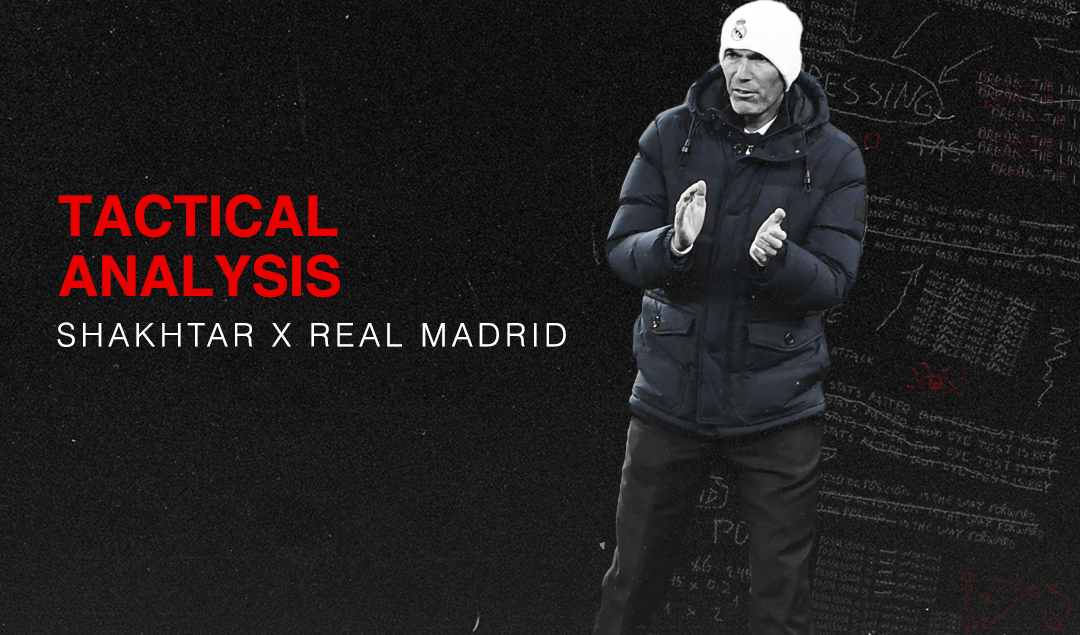 After earning a shock 3-2 victory over Real Madrid at the Estadio Alfredo Di Stefano on Matchday 1 of the Champions League group stage, Shakhtar Donetsk repeated the trick when they welcomed the Spanish giants to the NSC Olimpiyskiy on Tuesday evening.

Most expected Real Madrid to win the game and guarantee their qualification into the knockout stages. However, Shakhtar sat deep in their 4-5-1 shape for large periods of the game, soaked up Los Blancos’s pressure, and were effective on the counter. 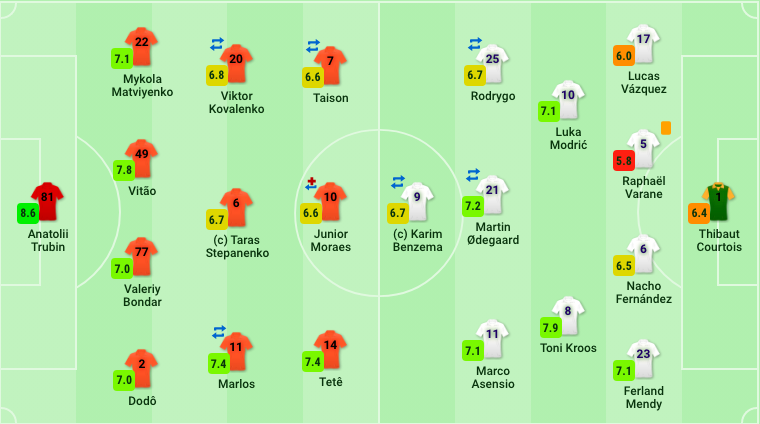 Real Madrid manager Zinedine Zidane made several changes to the team that lost to Deportivo Alavés at the weekend. After an ineffective performance from Mariano Díaz on Saturday, Karim Benzema started up top for the away side, and Rodrygo entered the side for the injured Eden Hazard. Ferland Mendy was given the start at left back over Marcelo, whilst Casemiro was dropped for Martin Ødegaard, who started in the central attacking midfield position in Zidane’s 4-2-3-1.

On the other hand, Luís Castro made several changes from the team that defeated Dnipro-1 at the weekend, with Júnior Moraes and Taison coming in for Fernando and Manor Solomon in attack, Vitão being preferred to his compatriot Marquinhos Cipriano in defense, and Viktor Kovalenko and Taras Stepanenko starting over Maycon and Marcos Antônio in midfield. 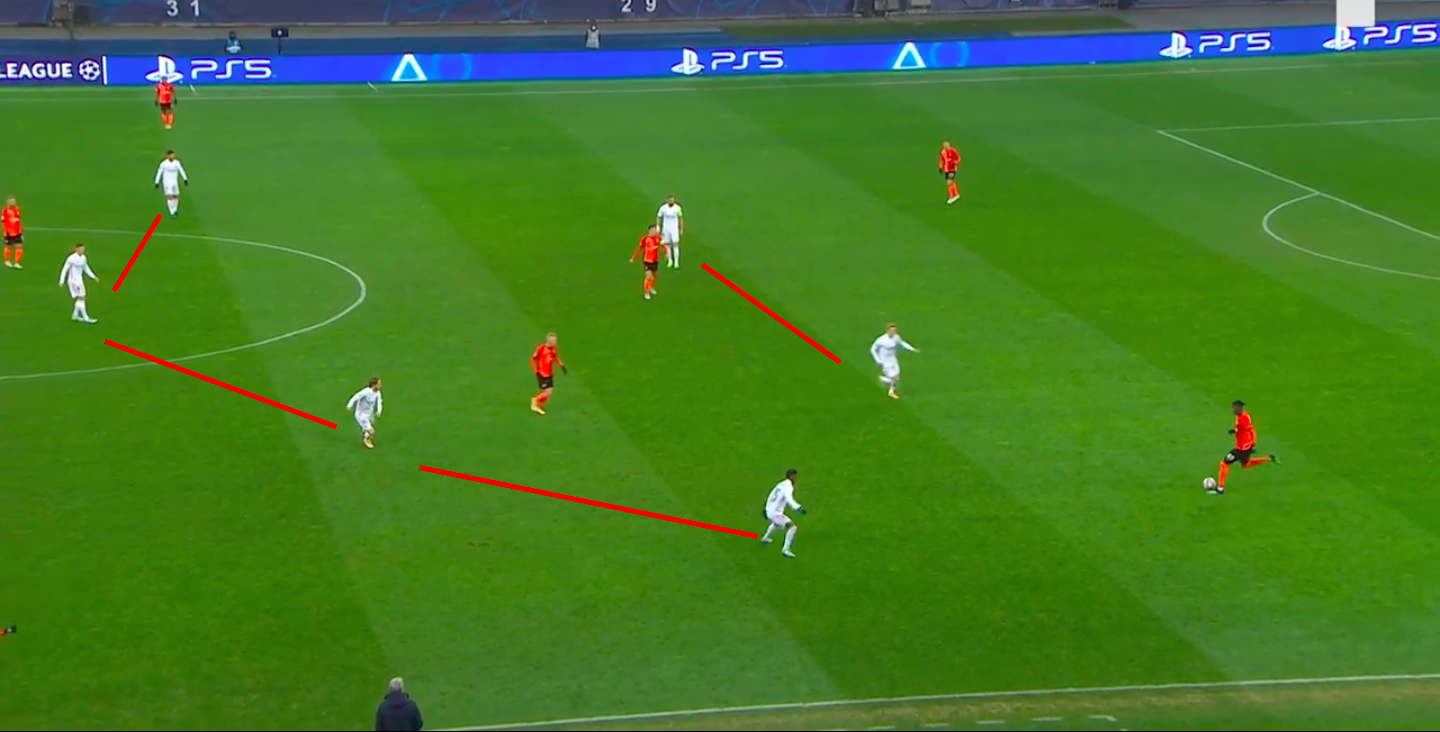 Whilst Real Madrid set up in a 4-2-3-1 in possession, they pressed in a 4-4-2 shape. Their front two of Ødegaard and Benzema blocked central areas and forced the hosts wide, with Madrid’s wingers tracking Shakhtar’s wide players and blocking off their options. Although they didn’t always struggle to play out of Real Madrid’s press, Shakhtar were almost punished in the 7th minute after Dodô was dispossessed by Marcos Asensio, whose subsequent shot hit the post.

Shakhtar sat in a 4-5-1 shape for large periods of the game, especially in the first half, and gave Los Blancos the task of breaking them down in possession, as seen below. As Raphaël Varane weighs up a passing option, Mendy and Asensio are pushing high up the pitch in an attempt to overload Dodô on the left flank.

Both Varane and Toni Kroos often attempted to switch the play towards the left side, but these passes were often cut out by Shakhtar, who effectively neutralized the away side’s attacking mechanisms. Instead, Mendy and Asensio’s advanced positioning meant that Madrid mainly focused on attacking down the right flank.

Madrid focused their attacks down their right flank and didn’t circulate the ball quickly because whenever they had the ball on the left side of the field, there were no safe passing options. This meant they were slow and predictable in possession which played into Shakhtar’s hands, and there also wasn’t enough movement or general precision and quality in the final third to trouble the hosts.

A greater amount of runs in behind and dropping movements from the forwards could’ve created more openings for Real and would’ve given Shakhtar more problems to deal with. The lack of quality in the final third meant that when Madrid did gain eventually headway into Shakhtar’s half, they couldn’t consistently threaten Shakhtar’s defence. Instead, despite having just 41% possession, Shakhtar were comfortable for most of the game.

Madrid’s lack of quality in attack is summed up by the fact that when the game started to become stretched in the second-half, Shakhtar looked the more threatening side. Shakhtar were looking for opportunities in transition and they found one when a counter-attack following a Real Madrid corner gave them the lead in the 57th minute.

The Shakhtar counter-attack looked to be over when Mendy intercepted a Shakhtar pass in the Real Madrid box. However, Mendy’s interception fell towards Varane, who, thinking that goalkeeper Thibaut Courtois would collect the ball, let the ball run past him. Little did Varane know, Dentinho (substituted on for the injured Júnior Moraes in the 25th minute) was closest to the ball. The Brazilian latched onto the loose ball and fired past Courtois to put the hosts in front.

As Madrid pushed for an equalizer, they still couldn’t muster up the number or quality of chances that you would expect them to. In fact, Shakhtar looked the more dangerous side as they had more opportunities to counter-attack. Shakhtar’s second goal came in the 82nd minute, courtesy of substitute Manor Solomon.

Once again, a failed Madrid attack led to a Shakhtar counter-attack and Solomon found himself running at Madrid’s backline with a 4v3 numerical advantage.Solomon wasn’t closed down, and the Israeli forward cut inside onto his right foot and emphatically struck the ball into the near-post to make it 2-0 and seal the game for Shakhtar. 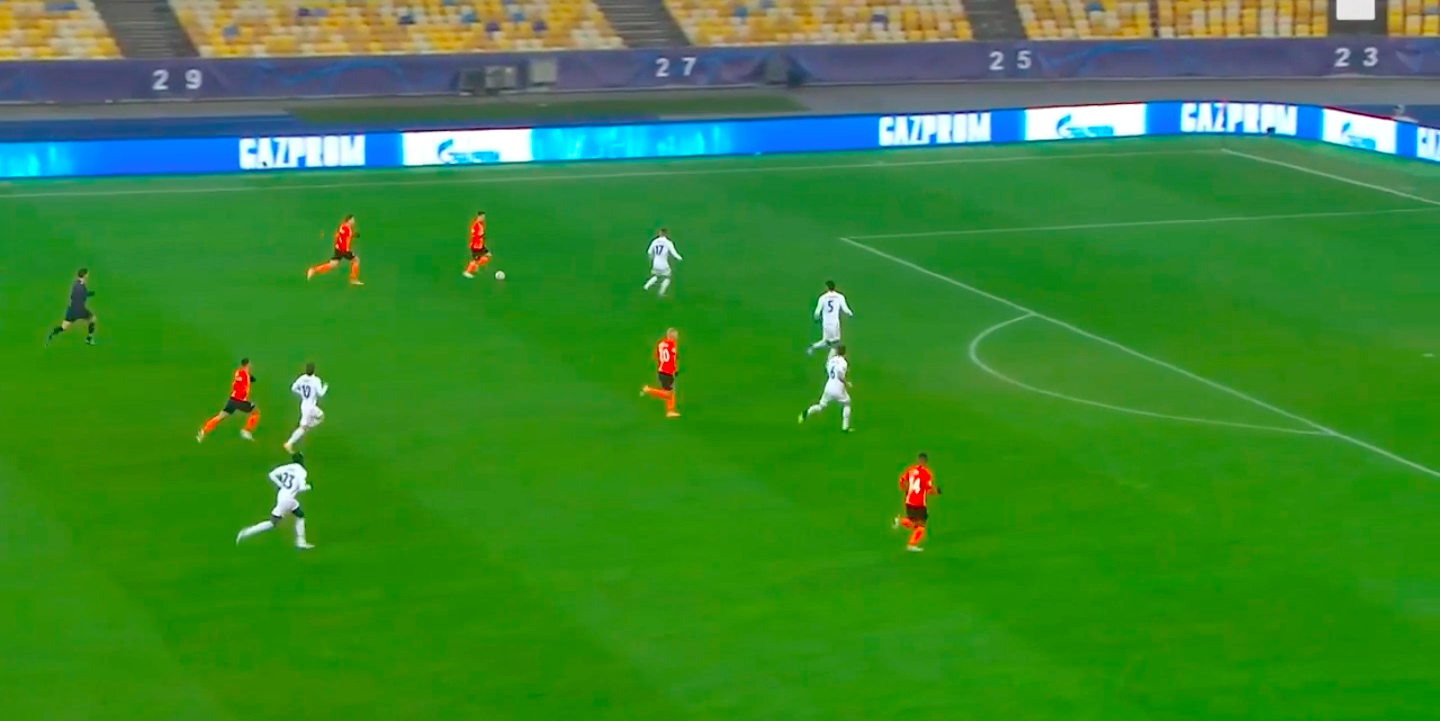 On the second straight occasion against Shakhtar, Real Madrid looked toothless and unimaginative in attack and vulnerable in defense. These issues are due to structural and tactical issues in Zidane’s system, but also due to a lack of a consistent goalscorer apart from Benzema, something that has plagued the Spanish side since Cristiano Ronaldo’s departure in 2018. It is little wonder that they are currently 4th in La Liga with just 16 goals in 10 matches.

Despite the poor result in Ukraine, Real Madrid are still in control of their destiny. They will take on Marco Rose’s Borussia Mönchengladbach on Wednesday, and a win will take them through to the knockout round. If they draw against Gladbach, however, they would need Inter to defeat Shakhtar at the San Siro in order to avoid being eliminated from the UEFA Champions League group stage for the first time in club history.