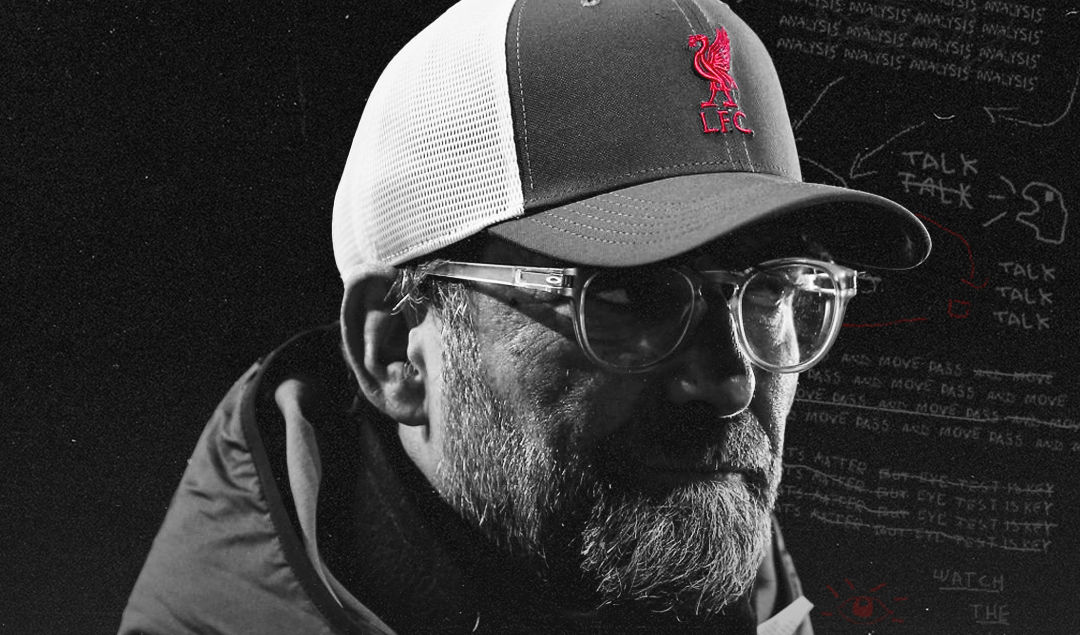 Space is critical in football, give your opponent too much of it, and you get punished; make the best of little space or try to profit from little space, and you might get rewarded with a goal. This creates a problem for every manager, irrespective of the philosophical divide: how do I limit and control my opponent’s use of space with and without the ball? To this end, Gegenpressing is a tantalizing option;

Gegenpressing (counter-pressing) is simply winning the ball immediately after losing possession. The opposition’s intention after getting the ball is to start a counter; hence their defensive organisation is broken, leaving them vulnerable because their players are quite apart in the quest to score a goal.

In such scenarios, hunting in packs can help you regain the ball. It seems imperative, at this point, to differentiate between pressing and counter-pressing; pressing is carried out to disrupt build-up play, e.g., in the FA Cup semi-final last season between Manchester City and Liverpool, as it was their custom, City set out to build from the back with both center-backs split on either side of the goalkeeper.

However, Liverpool caused disruption by having the front three of Mohamed Salah, Sadio Mané, and Diogo Jota press man-to-man, whilst Mané occasionally pressed Fernandinho. Gegenpressing (counterpressing), on the other hand, is done to prevent a counterattack from even being born.

Gegenpressing raises a couple of questions, such as: where do I lead my opponent? How do I press with a lot of players who are stable in an organised space? Certain principles need to be in place to sufficiently answer these questions, and this piece examines ten rules/commandments for effective gengen pressing.

Note: if the forwards don’t press properly, pressing can break down, e.g., in the Community Shield involving Manchester City and Liverpool, Erling Haaland carried out a half-hearted press which allowed Virgil van Dijk to make passes across the box.

Without the ball, Pep Guardiola’s City would force the opposition wide and initiate the press to recover the ball. However, pressing traps can also be set in central areas. Ralf Ragnick’s RB Leipzig and Ralph Hasenhuttl’s earlier days at Southampton saw them invite teams into central areas before collapsing on the ball. Both teams utilised a 4-2-2-2 formation, with the full-backs providing the width.

It is important to point out the connection between pressing traps and triggers. Pressing traps can facilitate the conditions for pressing triggers to be activated. Let’s recall one of our previous examples — Brentford against Manchester United-Brentford set up pressure on the split centre backs to force De Gea into the trap of passing to Christian Eriksen who could then be pressed and robbed of the ball.

Timing is crucial in Gegenpressing, the general rule is to press for six seconds-the maximum time vary from manager to manager- In the event that the ball has not been won after the allotted time, the team should return to its defensive shape.

Man–oriented press: The man-oriented press is built to recover the ball by applying pressure to players in possession of ball. In this system, each player is assigned a specific player to mark and they try to cover the closest passing choices with their cover shadow.

Ralph Hasenhüttl’s Southampton use the man-oriented press. The downside to the man-oriented press is the fact that it can be pulled apart by switching positions, creating a  problem for man markers; do they follow their assigned opponents or do they just deal with the new” players that they are now confronting?

Passing lane-oriented press: Here the ball carrier is not of uttermost importance, the pass instead gets all the focus. To achieve this goal, players press the space the pass would play into, however, for this to work, the ball carrier has to put under pressure to force the pass into the space being marked to activate the press and in situations where this does not work, the receivers are pressed.

Leeway-oriented press: The leeway-oriented press is all-encompassing- the premium is placed on the ball, ball carrier and space. It forces the opposition to do things they would not normally do, thereby leading to errors that can be pounced on; This is cover shadows are used to block the passing lane while pressured on applied to suffocate the opponent on every side.

Ball-oriented Press: Here, the ball is all that is hunted and it is hunted as a pack to force the ball carrier to make errors and win possession immediately.

9. Rest Attack: For most parts, the discussion in this piece has been centred on applying Gegenpressing against a team. However, what happens when we are given a taste of our own medicine? How does a team prepare for counter-attacks under pressure? Rest attack provides an answer. One of the pillars of the Rest attack is the decision of players around the ball carrier — immediately after the ball is won, they need to be moving away from the ball which affords the ball carrier more options in terms of space to drive into, passing options. The movement of his teammates helps stretch the opposition,  disrupting the rest defence of the opposition.

10. Whatever You do, Pressing triangles Should not be Ignored: it is common to associate triangles with positional play. Yet, triangles also have their place in Gegenpressing. Triangles help with defensive control amongst other things. In Jurgen Klopp’s Liverpool last season, Sadio Mane, Thiago and Andrew Robertson would form the triangle on the left whilst Trent Alexander-Arnold, Mohamed Salah and Jordan Henderson would form the triangle on the right. When salah moved inside and Trent occupied the wings , Henderson would cover space, providing defensive support and attacking options via combination play; the same happens on the other side of the pitch.

Gegenpressing, like every other style of play can not in itself, guarantee victory, there needs to be an insatiable hunger to victory more than opponent and realization that sometimes the opposition is going to match us or want it more; even carry out their strategies to perfection and nullify us. Nevertheless, We must pick ourselves and adapt to each challenge as it comes; only then can we get closer and closer to becoming the best version of ourselves.