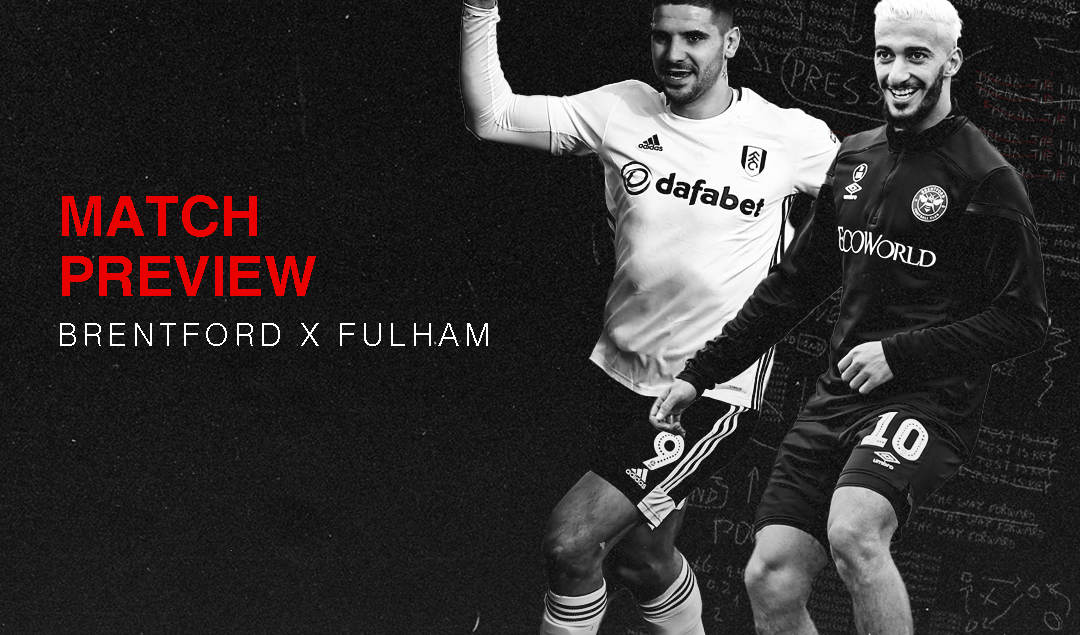 Whilst it may not have the glamour of the World Cup or Champions League Final, no one-legged football match has the financial significance as the EFL Championship play-off Final. Fulham and Brentford have played 48 games during this long, arduous campaign yet it has all boiled down to this on Tuesday; 90 minutes of football will determine who plays in the Premier League next season.

Fulham are looking to bounce back to the Premier League at the first time of asking. They narrowly missed out on automatic promotion on the last day of the regular season after being held to a draw by Wigan Athletic. Whilst many relegated teams struggle once in the Championship: Hull, Huddersfield and Stoke to name a few, Fulham were able to retain the nucleus of their squad and add to it, bringing in several quality players.

In Parker’s first full season of management, he has made himself known for being a possession-minded coach. During their 2-0 win over Millwall, Fulham had 84.5% possession – an Opta record. However, this doesn’t always translate into goals, as his teams have often struggled to carve out chances on several occasions this season. 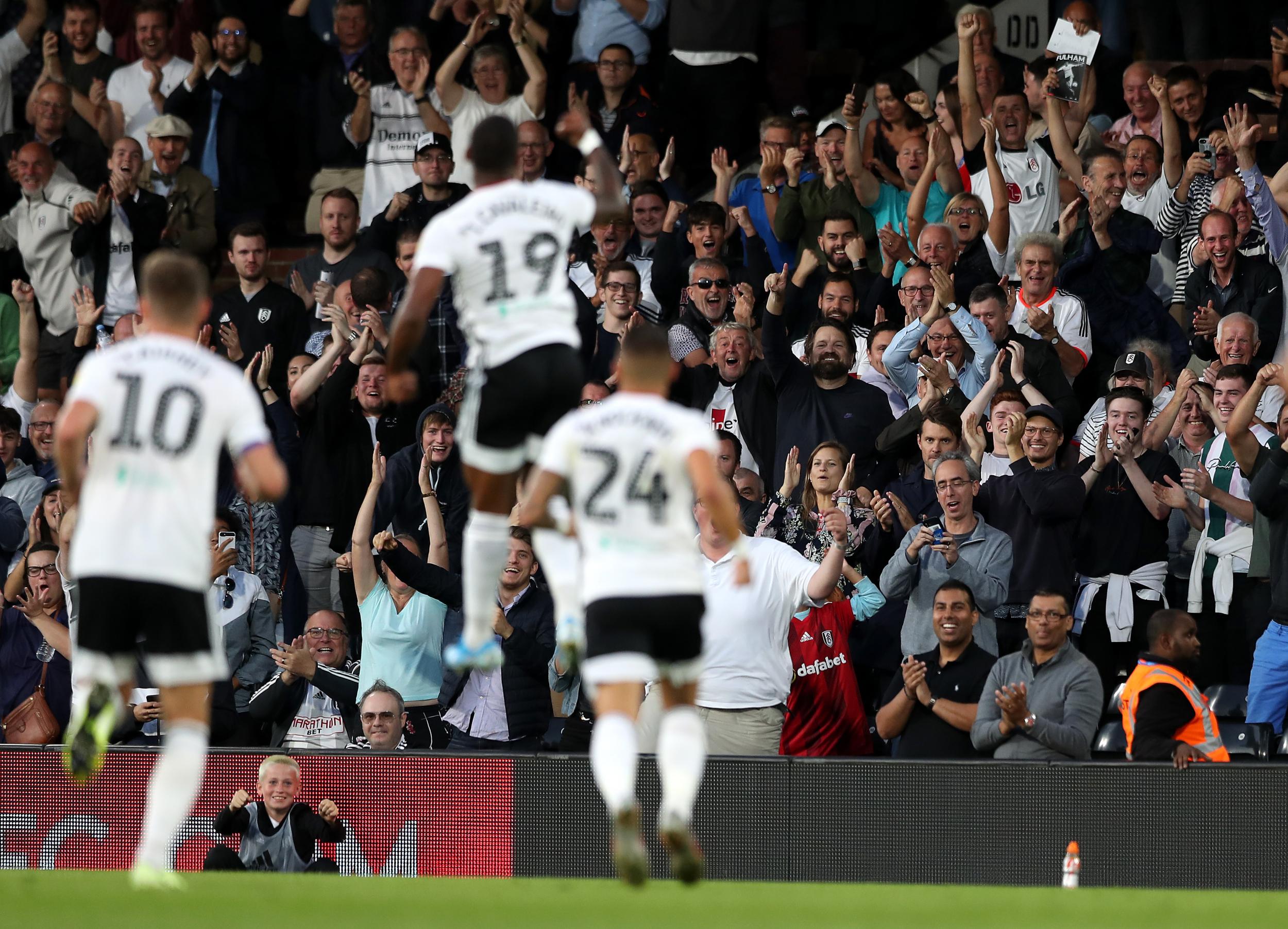 Parker’s men tend to rely on moments of individual brilliance; Josh Onomah’s mazy run and Neesken Kebano’s free kick helped them get past Cardiff City in the semi-finals. A lack of a real creative spark is an issue that has hampered the west London side previously.

Fulham’s talismanic target man, Aleksander Mitrović, was injured for both legs of the semi-final but is poised to make his return at Wembley. The Serbian has scored 26 goals this season and acts as a focal point for for the team’s attacks. Mitrović is always flanked by two tricky wingers, whether they be Ivan Cavaleiro, Anthony Knockaert or Neeskens Kebano.

Aside from Mitrović, Fulham’s squad is littered with talented players. Marek Rodák has proven to be one of the best goalkeepers in the division, Joe Bryan is a superb attacking fullback, and the commanding Michael Hector has slotted into the backline with ease since joining from Chelsea in January.

Fulham haven’t exactly been electric this season, but they boast a tremendous squad and have plenty of players who can conjure up moments of magic. Boosted by the return of their star striker, the Lily Whites will head to Wembley quietly confident.

Brentford had to settle for a 3rd place finish after throwing away promotion during the final game of the league season. An unexpected 2-1 defeat at home to relegation-threatened Barnsley denied the Bees of automatic promotion, with West Bromwich Albion instead sealing second place. 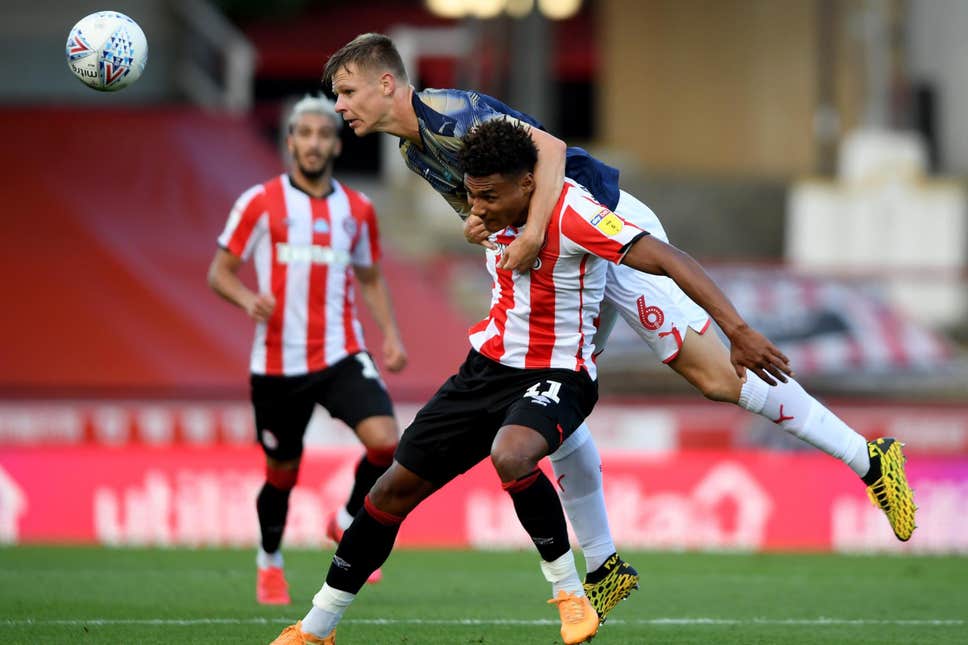 Brentford fans will understandably have been deflated by this late wobble in form, but the west London club have been punching above their weight for a while. A data-driven recruitment policy has helped the Bees reach the verge of the Premier League – a level they haven’t played at since the 1950s. With the club set to say goodbye to longtime stadium Griffin Park, there’s no better way to bid farewell than to seal promotion at Wembley.

Brentford’s front three have been hitting the headlines all season and will go down in Championship folklore as one of the best attacks to ever grace the division. Said Benrahma, Bryan Mbuemo, and Ollie Watkins have taken the Championship by storm this season, with the latter two netting against Swansea City in last week’s second leg of the semifinals. Parker will have his work cut out for him trying to neutralize their attack.

Benrahma can drift infield and operate as a false 9, while Watkins often drifts wide, holds up the ball and converts through balls with clinical finishing. This level of dynamism and fluidity is why the trio are so hard to contain. Whilst Fulham’s attack is a threat, Brentford’s is on another level.

On their day, Brentford have the ability to blow teams away. They’ve put five past Sheffield Wednesday and Hull, netting seven times against Luton. Thomas Frank’s side also scored twice in 15 minutes vs Swansea in the second leg of their semi-final. If Brentford come out firing, it may be hard for Fulham to suppress them.

The Bees have players with bags full of technical ability, but they aren’t always the strongest. Brentford can be vulnerable when matched up against physically superior opposition. Dropping points to the likes of Millwall, Birmingham and Wigan prove that they can be stifled at times.

The combative Harrison Reed is set to start for Fulham at Wembley, and his tenacity and grit will be a problem for Brentford’s midfield. Fulham also have Kevin McDonald and Stefan Johansen to call upon from the sidelines if they find themselves in need of some more steel in the middle of the park.

Due to Brentford’s recruitment policy, their squad is full of foreign and lower league players who haven’t played in many games of this magnitude before. Their team pales in comparison to Fulham in terms of experience, with Parker’s side counting on veterans such as Tom Cairney, Anthony Knockaert and Tim Ream who are experienced at this level.

Brentford have a great crop of players, but cup finals are a different kettle of fish – talent often goes out of the window. Do the Bees have enough players who will be able to cope with the pressure of a play off final at Wembley? Only time will tell. Nevertheless, this play off final is set to be an enthralling contest. The pair are possession crazy and free-scoring, both managers are young, hungry and fairly unproven.

Any post-lockdown rustiness has been shaken off, and this should be one of the most high-quality play off final encounters in Championship history. Brentford have won twice against their west London rivals this season, but Fulham shouldn’t be written off either. Expect the unexpected.