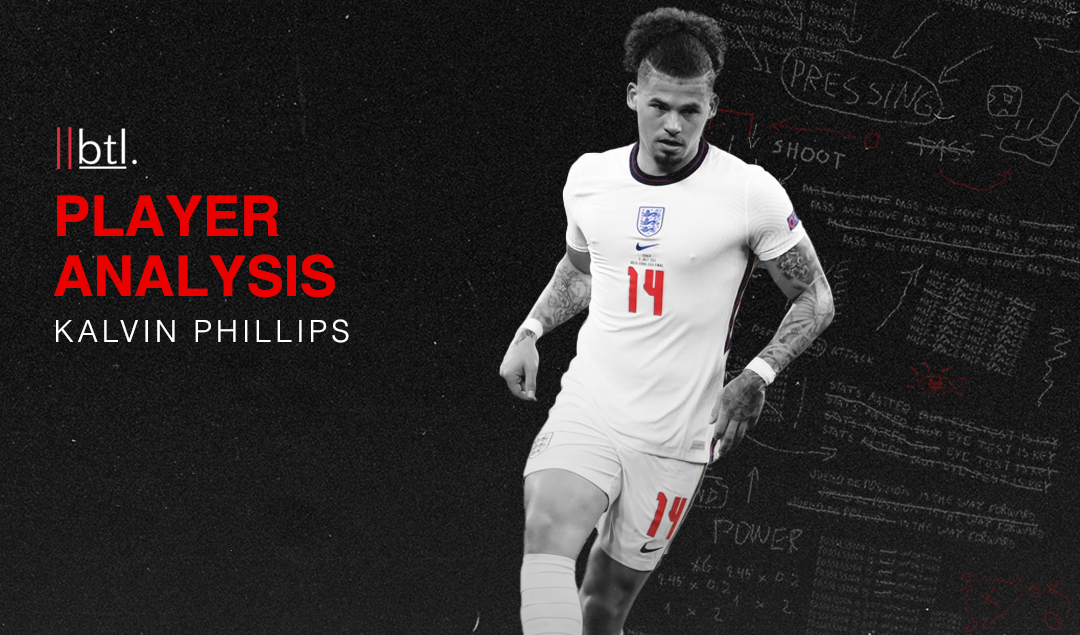 Relatively speaking, it tends to be difficult to pinpoint a single moment in a player’s career that determines the level they achieve. For Kalvin Phillips, his eureka moment came in the form of a first encounter with boss Marcelo Bielsa.

New to the role and having analysed what felt like every Leeds United game since the dawn of time, the eclectic Argentine met the squad by welcoming them with their position’s number. A smile, a pat on the back and a “number two” greeted right-back Luke Ayling. The players were whittled down until Phillips, a box-to-box midfielder by trade but also capable of playing as a ten, was spoken to.

“Number four” muttered Bielsa. Phillips, perhaps perplexed, had just come off the back of his highest ever scoring season, netting seven times under former managers Thomas Christiansen and Paul Heckingbottom.

Whilst never one to shy away from a tackle, few could have predicted that the player now dubbed the Yorkshire Pirlo would go on to become such a star in his new role. Picked up from grassroots side Wortley Juniors, Phillips graduated from the illustrious Leeds United academy alongside quartet Alex Mowatt, Charlie Taylor, Sam Byram and Lewis Cook.

A golden generation of emerging talent that would be the bedrock of the Leeds side for years to come, some fans dared to dream. Remarkably, at that point, Phillips was perhaps the one furthest behind in his development, but Bielsa saw something other managers hadn’t.

Not just a hard-working midfielder who put himself about, Phillips was intelligent. A player with an arsenal of accurate, long-range passing at his disposal, the lynchpin of El Loco’s side could anticipate opposition attacks brilliantly, put in the defensive duties to regain the ball and start rapid counterattacks in a flash thanks to his distribution.

As the club narrowly missed out on promotion that campaign, Phillips’ renaissance had attracted many suitors, notably Aston Villa who were willing to part with around £30m to land the player. But thanks to a stern talking-to from Granny Val, his late grandparent who became a star in the Amazon Prime Series Take Us Home: Leeds United, Phillips put pen to paper on a new deal at Elland Road and played an integral part of the Championship-winning side the following term.

Often deployed as the solitary deep-lying midfielder in a 4-1-4-1, the versatile Phillips was adept at dropping into the backline when the formation switched to a 3-3-1-3. He hadn’t kicked a ball in the Premier League before being handed his first call up to the England side, making his debut against Denmark in August 2020. This time in a different role once more, forming a double pivot with West Ham star Declan Rice.

“I gave the shirt to Marcelo because he gave me his Newell’s shirt,” explained the newly capped international.

Alongside the likes of Stuart Dallas and Brazilian talent Raphinha, Phillips took to the top flight like a duck to water and excelled in a side that defied all expectations to finish ninth and narrowly miss out on European football. This form, coupled with continuous progression in the white of England, deservedly earned Phillips a call up to the Three Lions’ Euro 2020 squad, despite a late injury scare on the final day of the season.

In the run-up to the tournament, the inevitable, tedious practice of fans predicting the starting eleven raged on, and the omission of the Whites midfielder became common practice for those outside of Leeds.

Gareth Southgate thought otherwise, however, selecting Phillips alongside Rice for the opener against Croatia. The Croatian midfield read Luka Modric, Marcelo Brozovic and Mateo Kovacic but Phillips, keen to prove he belonged at that level, put in an imperious performance, notably winning the ball back in typical style and assisting Raheem Sterling for the game’s only goal.

The nation’s new hero would go on to start every match for his country that tournament, as the side were cruelly beaten on penalties in the final by Italy. Phillips also collected England’s 2020–21 Men’s Player of the Year award.

In a season ravaged by injury, Leeds were struck with a near-lethal dose of second-season syndrome, avoiding the drop by the barest of margins on the final day. A run of 14 matches without the midfielder thanks to a hamstring injury saw the club win just three times in as many months.

Marcelo Bielsa’s well-documented departure from Elland Road led to American Jesse Marsch taking the reins, immediately employing a different philosophy with two holding midfielders favoured. Phillips, alongside several teammates, continued to struggle for form but the side did just about enough to ensure survival.

Now 26, with two years left on his current deal and the Qatar World Cup rapidly approaching, the Leeds academy product heads across the Pennines to champions Manchester City, replacing the outgoing Fernandinho in a deal worth around £45m – £50m.

A tenacious character who has silenced critics throughout his career, few can now question whether Phillips, the Yorkshire Pirlo, is good enough to play at the highest level.

After all, he’s magic you know.