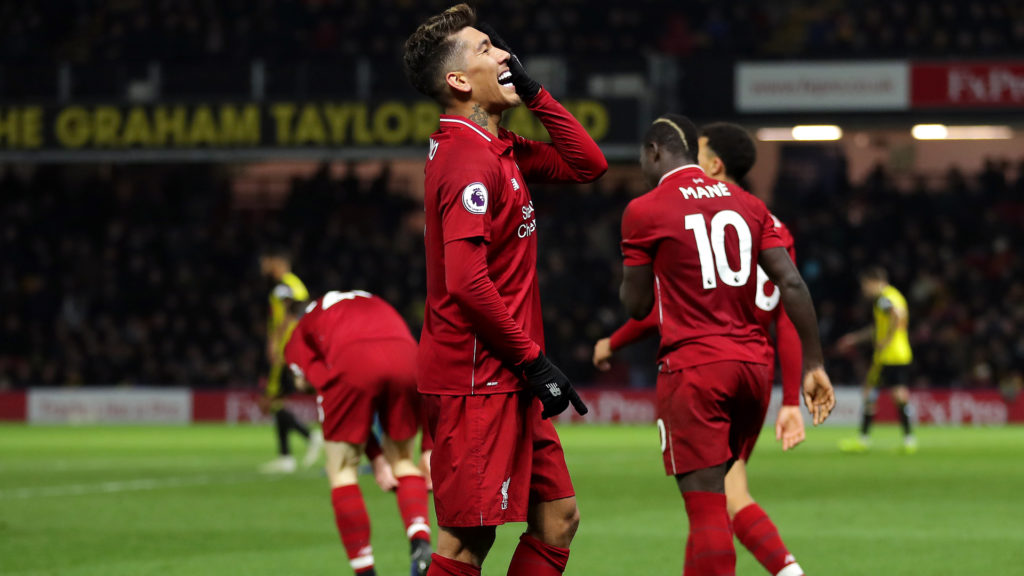 Individual talent can make a big difference in any sport, especially in football. Big talents can make the unexpected happen, pull something out of nowhere, and carry the team on their back. However, it is always teamwork that wins trophies. The great Michael Jordan once said: “talent wins games, but teamwork and intelligence win championships.”

Teamwork is essential in football. Every team has some weak links, but the less fragilities a team has, the harder it is to beat them. And for this to happen, everyone needs to play their part. Any successful team has their star and the player that plays a supporting role: Johan Neeskens to Johan Cruyff, Scottie Pippen to Michael Jordan, Jerry Rice to Joe Montana.

Every team needs that player who is talented enough to be the star, but who leaves the limelight behind, takes one for the team, and plays to support the star, rather than be the star. Liverpool have this coveted balance that so many teams fail to establish.

Liverpool have been faultless so far in the Premier League season. They are unbeaten domestically, they’ve won their last nine games, they are seven points clear at the top of the Premier League, and they have the best defence too. They are in a position that they haven’t been in for a long time. And as in any team that went on to win the title, they have all the pieces working together, with players getting out of their comfort zone and doing everything for the team.

Roberto Firmino is one of those players. Since Jürgen Klopp’s arrival at Anfield, Firmino was deployed as a false nine, leading the frontline, leading the high-press, and scoring when the opportunities arose. Last season though, with the arrival of Mohamed Salah, Klopp opted to play Firmino as a striker, a real striker, being more in the box and sticking to his position a little more.

Based on talent alone, Firmino has the ability to slide into whatever role that Klopp sees necessary. Even when playing as a striker, Firmino’s contribution in the build-up and chance creation was key, contributing with seven assists in the whole of the 2017/18 season. But apart from playmaking, you’d be hard-pressed to find a striker who offers as much as Firmino does to Klopp’s trademark gegenpressing style: his stamina, hard work, and skill.

Xherdan Shaqiri, Naby Keïta and Fabinho have offered Klopp more options to change his style of play, but the German did not change it up until the match against Cardiff City. Despite changing his tactics midway through some matches, in which Shaqiri came on, Klopp opted to keep his 4-3-3 that was getting them results, even if the performances on the pitch left a lot to be desired.

When we look back at this season, the 4-1 win against Cardiff at Anfield is unlikely to be described as the turning point in their campaign. But it was the first time Klopp started with a 4-2-3-1 and dropped Firmino further back, into the midfield line.

A player like Firmino, who possesses great technical ability, will adapt into any attacking role. ‘Bobby’ played as a number 10 at Hoffenheim, where his slow conversion into a leader in the forward line started, but never really played in the midfield line at Liverpool apart from Brendan Rodgers’ last matches as boss. However, his ability to adapt quickly and read the game makes him one of the most valuable assets in the squad, and his adaptation to a number 10 role is a testament to this.

Since Liverpool changed from a 4-3-3 to a 4-2-3-1, the team has improved quite significantly, scoring 24 goals and conceding just two in eight games. This formation provides greater defensive cover with two holding midfielders, a more organized press, and more numbers when going forward. What Firmino provides is the ability to drop, take the ball, find his teammate up front and run forward, boosting Liverpool’s numbers when attacking.

This style of play potentiates Firmino’s main abilities. His link-up play has always been great, and playing behind the front three, combined with his vision, makes Firmino one of the main creators in the team, always looking to find the killer pass. Even though his number of assists have dropped since playing in midfield, what Firmino does is find the wide player – Mané, Shaqiri, Salah and even Keita – which leaves the opposition open and amplifies the chances of scoring.

Even though Firmino is not playing at striker, Klopp has improved his chances of scoring goals. Since the game against Cardiff, Firmino has 4 goals in 665 minutes, compared to his 3 in 777 minutes playing as a striker and coming on as a sub. Klopp has sought to utilize Firmino play-making abilities in the build-up and once the ball gets into the final third, overload the box with attackers, giving Liverpool an advantage on crosses and loose balls in the box. All of Firmino’s goals this season have come inside the box.

The highlight of the Brazilian’s season came in Liverpool’s demolition against Arsenal on Saturday. After going 1-0 down, Liverpool reacted immediately, thanks to Firmino. The first goal came after the Bobby received the ball in the middle of the park and drove forward – an action that he does quite a lot. Firmino then played the pass to Salah and continued his run, and despite Salah not controlling the ball, Bobby had a bit of luck with the ball deflecting off two Arsenal defenders, ending in Firmino’s path for a no-look finish.

The second goal was even more special. Firmino was in the right position after Mané won the ball from Torreira, and he used his feet brilliantly to leave three Arsenal defenders on the ground, scoring past Leno with a brilliant, cold-blooded finish to give Liverpool the lead.

The icing on the cake came after Salah gave the ball to Firmino to take the penalty and seal the hat-trick in a 5-1 win. This capped a splendid performance, not just because of the goals, but the overall contribution he had, playing short passes, with little body feints, and finding the space to create other opportunities. The transformation is complete, and now Firmino’s role in the team is bigger than ever.

After just eight games, Liverpool look like an indomitable giant in the 4-2-3-1, and it couldn’t have happened without the tireless work of Roberto Firmino. He makes everything tick, he’s the true meaning of teamwork, and if Liverpool are to finally grasp the Premier League title this coming spring, it’ll be due in no small part to Klopp’s gegenpress-extraordinaire false 9.