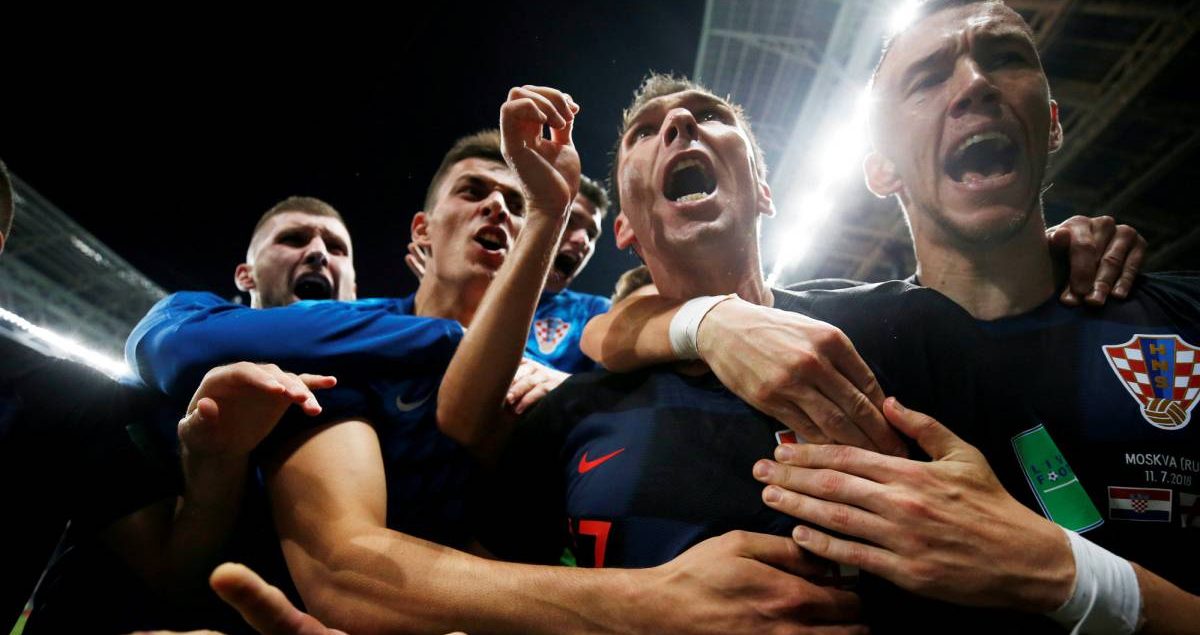 Russia 2018 will go down as one of the greatest World Cup tournaments in history. At the semi final stage, the contrast between the two games couldn’t have been any more different. On one side, the golden generations of Belgium and France squared off, and as pre-tournament favorites, it came as no surprise. On the other hand, dark horses Croatia faced perennial disappointments England, in the first semi final appearances for both countries since the turn of the decade.

For both England and Croatia, reaching a World Cup Final in 2018 was merely a dream at the start of June. Belief continued to grow, game by game, and doubters were proven wrong at every stage. The two sides met in the semi final, in a packed Luzhniki Stadium in Moscow, with history awaiting whatever team prevailed.

England, set up in their 3-5-2, started bright and went ahead with a set piece, something that wouldn’t shock anyone who had watched England all tournament. Kieran Trippier, who had delivered some delightful crosses throughout the tournament, instead went for goal and curled his effort past Danijel Subašić after just five minutes. With that goal, an entire nation was showered with beer and the dream of football coming home, was well and truly alive.

What followed would be England’s downfall, as they sat back and tried to contain Croatia. Harry Kane and Jesse Lingard squandered glorious opportunities to give England breathing space, and with the space that Luka Modrić and Ivan Rakitić were allowed, it was only a matter of time before England shot themselves in the foot.

Despite two consecutive games of extra time and penalties, Croatia still managed to maintain possession and dictate play. Without a dominant central midfielder to oppose Croatia’s two stars, England allowed themselves to be cut open time and time again. England’s talisman, and eventual Golden Boot winner Harry Kane, was constantly thwarted by the excellent partnership of Dejan Lovren and Domagoj Vida. Apart from the goal and Kane’s chance, it seemed England had run out of ideas and played into the hands of Croatia.

Eventually, Ivan Perisić poked home a cross to level the score at 1-1 after 68 minutes, and with it went all of England’s confidence. After they took the lead early on, you’d have guessed it was England who were coming off the back of two extra time matches. As they were stuck in their tracks, with lazy passing and a lack of end product, Croatia could calmly go about their business, waiting for the right moment to strike.

Into extra time, Croatia continued to control much of the proceedings, taking advantage of England’s lapses in concentration. Mario Mandžukić, a key member of Croatia’s golden generation, latched onto a loose ball to fire past Jordan Pickford and send his nation of around 4 million people in raptures. With England now down 2-1 and with little left in the tank, it was clear that football wasn’t coming home. Croatia would go on to win and advance to their first ever World Cup Final, and while they would lose that match, and while England would lose the third-place match, the thrilling semi-final between two of the summer’s biggest dark horses will live on in memory forever.

The match we were witnesses to was something to marvel at because of everything at stake. For England, it was a young team that had reached a stage no one believed they would come close to. English people all over the world felt an emotional connection to their national team, something that had been missing for a long time.

For Croatia, it was a golden generation who had finally reached their peak and were changing the course of football back home. On display in the semi final was one of the greatest midfielders to ever grace the game, Luka Modrić, who had carried his nation to a final with displays that deservedly earned him the Golden Ball.

The semi final between England and Croatia was one of the highlights of the 2018 World Cup. While it didn’t have the exhilarating back and forth that other games possessed, it was a battle between two underdogs that were aiming to create history and thrilled us in the process.