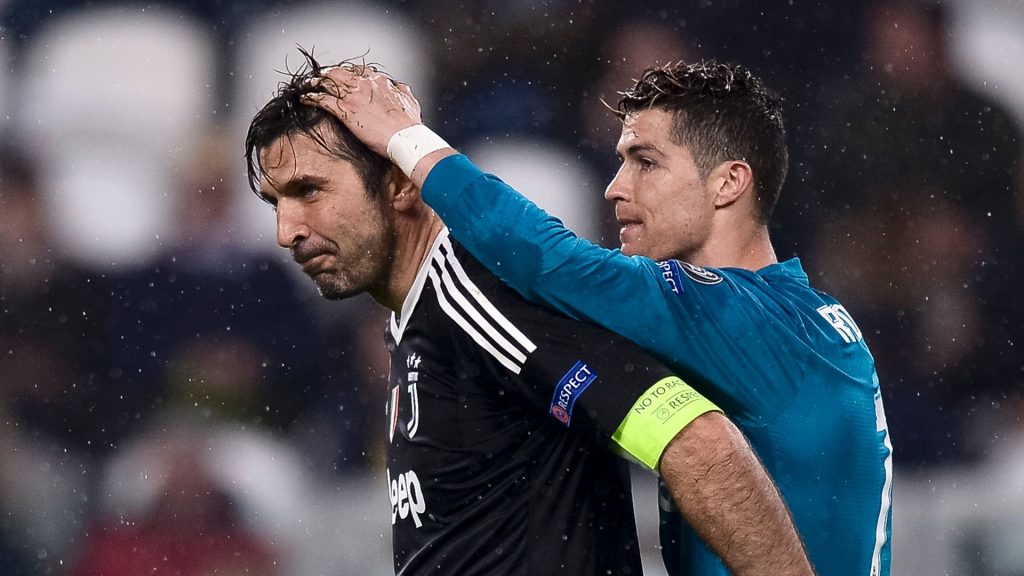 There was once a young Italian boy who played all over the pitch for Parma Calcio 1913. At the age of thirteen, he could play just about anywhere in the outfield. That boy, at the age of thirteen, fancied his chances as a goalkeeper. After two weeks of training to be a keeper, he was called up to the first team within the club. Four years later, he would make his first team debut against Fabio Capello’s AC Milan. Stacked with talent and soon to be Serie A champions, Milan contained the likes of George Weah, Paolo Maldini, and Roberto Baggio. Nonetheless, this seventeen-year-old kid kept his clean sheet in a 0-0 draw. That teenager from Carrara, Italy, was Gianluigi Buffon.

On July 3, 2001, Buffon transferred to Juventus for 47.6 million euros. Buffon was quick to make the starting XI, and he replaced the legendary Edwin van der Sar, who would soon leave the club. After years of football with Juventus and a stunning 509 appearances with the club, Buffon led the club to nine Serie A titles, five Italian Cups, and six Italian Super Cups. Not only did he bring his club success, but Gigi received numerous personal accolades while being a player at the club. Buffon received twelve Serie A Goalkeeper of the Year awards, one Footballer of the Year Award (Serie A), the IFFHS Goalkeeper of the 21st Century, and second place to Fabio Cannavaro in the 2006 Ballon d’Or race.

With an option to extend his contract with Juventus F.C., the club legend decided it was best for his career to move to Paris Saint-Germain on a free transfer. Many believed Buffon would end his career with The Old Lady, but Gigi had different intentions. Why Gianluigi Buffon, the 40-year-old goalkeeper who had spent the majority of his career a part of the Italian giant Juventus, move to French football through the lights of PSG? The simple answer to this question is his longing to lift the Champions League trophy.

Although Paris Saint-Germain were eliminated last year in the round of 16 to later champions Real Madrid, they have posed themselves as one of the forerunners to become champions of Europe. With the attacking trio of Kylian Mbappé, Edinson Cavani, and Neymar, goals are never an issue for the French side. However, while Buffon seemed to have put himself on a higher pedestal for Champions League glory, the transfer of Cristiano Ronaldo to Juventus raises many questions regarding whether Buffon is moving to a stronger side than Juve.

Cristiano Ronaldo has won five European titles throughout his club career, and the Portuguese’ transfer now gives La Vecchia Signora the king of the Champions League. With a staggering 450 goals in 438 games for Real Madrid, Cristiano Ronaldo has formed himself into a goal scoring machine over the past decade. A betting man would put his money on the Portuguese star to rack up his goal tally with Juventus F.C. and bring them an entire new shelf of silverware.

Conversely, the transfer of Ronaldo has left a big gap in Real Madrid’s attack. Real Madrid president Florentino Pérez now has a fortune to spend on a new star to fill the hole that was once Cristiano Ronaldo. The main targets for Los Blancos during this transfer window are two PSG stars: Mbappè and Neymar, and if Florentino has his way, he’ll have one of the two PSG stars wearing white and black next season. This potential transfer poses the question: did Gigi Buffon make the right move? Without Neymar or Mbappé, PSG will be lacking a top global talent that guarantees goals on a weekly basis. One of their key players leaving would put a massive damper on their campaign, while Juventus look to be one of the top competitors for a European title. Will Buffon regret not renewing his contract with Juventus? Only time will tell, but it seems as though the Italian moguls are far more destined to lift the 2018/2019 Champions League than Paris Saint-Germain.