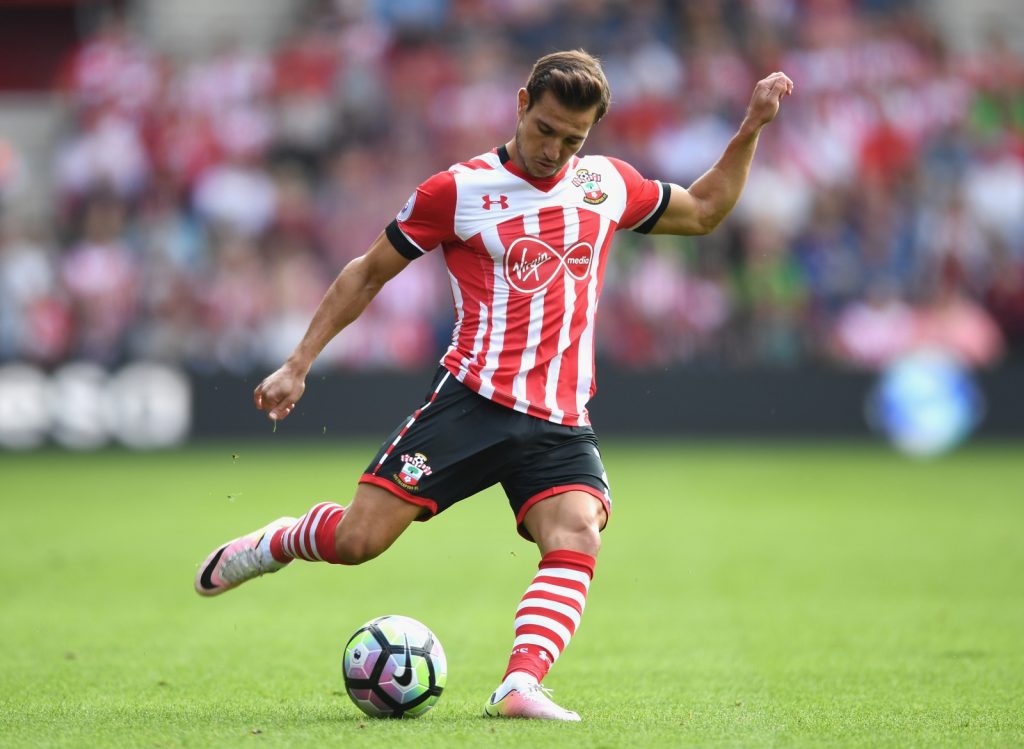 When Cedric signed for Southampton in the summer of 2015, it flew relatively under the radar. He was brought in to replace the departing Nathaniel Clyne, but for just 3.6 million pounds, he has been an extremely shrewd bargain. The minimal buzz surrounding his arrival might have suited him better. He grew quickly on the Southampton faithful during the 2015/16 season, but injuries hindered his full influence. It didn’t take him long to adapt to the English game, and his performances for Southampton earned him a Portugal call-up along with teammate Jose Fonte. The rest of the world saw what Southampton did when they sought him out. He was a mainstay for Portugal as they shocked the world and won the tournament. He was on par, if not better, than the big name outside backs that took the field.

That tournament propelled him forward with a renewed confidence. With Claude Puel coming in the Diamond 4-4-2 was brought in to start the season. Claude’s preferred formation gives preference to the outside backs, with the midfielders being more centrally located. The whole outside line is the defenders area, and it’s his job to cover it. Cedric flourished in this role. He did everything that he needed to. He covered the forward ground impressively, and perhaps more importantly he was still a defender first! Something a lot of outside backs seem to have problems balancing. This season, he has truly pushed Cuco Martina out of the squad and would have been Southampton Player of the year if it hadn’t been for the outstanding season that Oriol Romeu had.

With most modern fullbacks, you either get a defender or an attacker. So many times these days, you hear about a fullback who had ventured too far forward and has let down the rest of his back line. Cedric almost always makes the right decision. There is never a moment when he is caught out of position. What really separates him from the rest of the pack is his mentality. He isn’t aggressive just to knock people around; he knows when to be calm and when to go in hard. There isn’t a moment where he isn’t switched on. He is one of the few players in the entire Southampton squad to say he has given 100% every game he has played.

Cedric has an influence that is bigger than his 5’8 frame. When teams face Southampton or Portugal, teams tend to attack on the opposite side. Winning 78% of his tackles is an impressive number for an outside back. Cedric might not have the presence that Dani Carvajal, David Alaba, Marcelo, or Antonio Valencia might have, but wingers will know who he is after the match. He brings certain calmness to the game. His best attributes are the ones that seemingly aren’t on the stat sheet, and that’s what makes writing about him so difficult. He’s a silent killer. What he brings to the Saints back line makes the rest of the Southampton defenders and even midfielders look better. With Cedric on that right hand side, Jack Stephens and Maya Yoshida don’t have to worry about that area as much, and he provides an outlet going forward. The midfielders have a cushion behind them, the wide players ahead of Cedric have a little more freedom to try and create. Basically, with Cedric in the team he makes the lives of everyone around him so much easier. You can see how much the rest of the team trusts him too. He usually has some of the highest on the ball influence if you look at the total number of passes to and from Cedric on passmaps. His calm, smart influence on the ball is probably what Barcelona scouts see in him. On paper, and as much as I hate to say this, he is the perfect right back for Barcelona’s squad. He has the defensive capabilities, but also the cleverness to know when to go forward and help out the attack.

As I watched Southampton’s last match against Liverpool, looking for any weakness in Cedric’s game, I was stuck. He did everything to perfection on defense, shutting out whoever tried to go forward on Liverpool’s left side. Where he did falter just slightly is when he got the ball in the final third. He was exquisite as always with his short passing, but almost the whole game he was unable to get any cross off into the box. He struggled with making the space for himself against James Milner, and almost every cross, if not every single one, hit the defender. This isn’t a huge issue, and is definitely me being nitpicky, but if he added more assists to his game, his fanfare around the world would skyrocket.

I think there are a couple of reasons that Cedric isn’t as well known as a lot of other outside backs, and I think it mainly starts with his personality. He isn’t outspoken, he keeps to himself, and he does his job with no fuss or complaints. His appearance isn’t incredibly unique or outstanding in any particular way. He doesn’t have the fancy tricks of Marcelo, or the pace of Jordi Alba. He doesn’t have a particular trait that stands out; he just does everything extremely well. He is one of the most well rounded outside backs in a long time. There’s a reason Barcelona are linked to him, and why he has become a fan favorite to the Southampton faithful. I will admit, when he arrived to St. Mary’s I was one of his doubters, and oh my he has proved me wrong. Electric Cedric really is the perfect modern fullback.