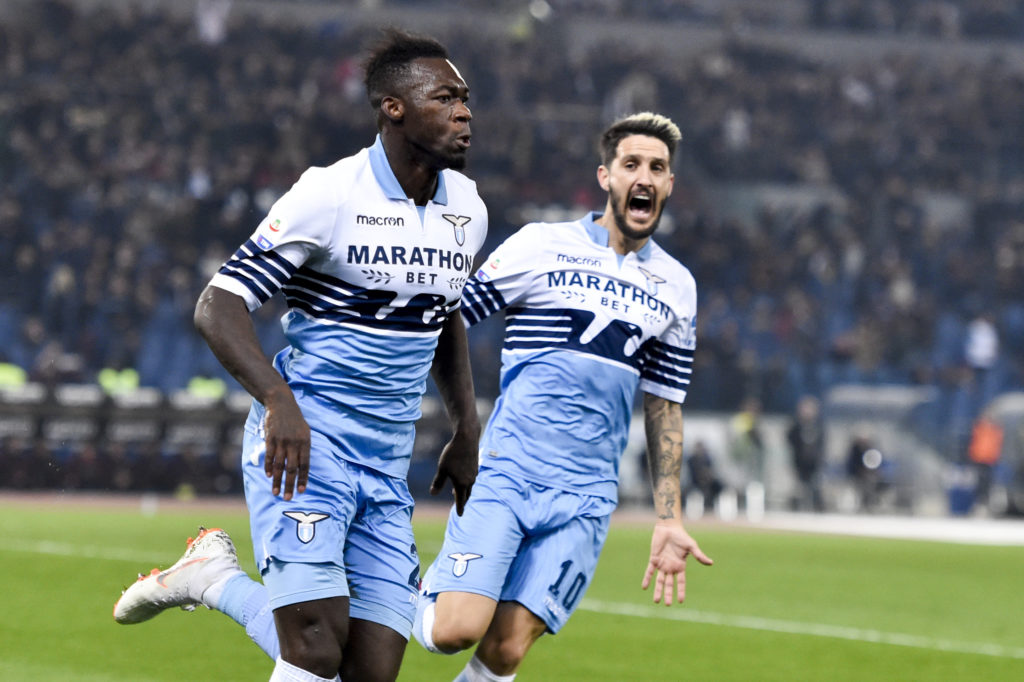 Lazio have an ace up their sleeve. Considering a disappointing and underwhelming first season in the top flight of Italian football, this ‘ace’ is a player that calcio fans would not expect to be contributing to the Roman club’s success this campaign thus far. However, performing exquisitely in the opportunities he has been given, a clear definition has been established: this 2018/19 campaign, Felipe Caicedo has become a real talisman for Simone Inzaghi and the Biancocelesti.

Nicknamed ‘The Panther’ by fans for his agile movements, physical presence, and strength on the ball, Lazio’s #20 has scored eight goals and provided one assist this campaign in the Serie A TIM. One each against Genoa, Frosinone, Empoli, Roma, Udinese, and Chievo, and a brace against Sampdoria. Although this seems like an average goal scoring record for a striker, there are three important takeaways that make Caicedo’s contribution a topic worth discussing. First, of his eight goals, seven have come from the second half of the season. A goal every 113 minutes played, this makes him the number one scorer on Lazio in 2019, and one of the best among the strikers in the Serie A TIM since the beginning of January. It is interesting to point out that the last time Caicedo reached this goal total in a campaign was back in 2015/16 with Espanyol.

The complete ranking of the Biancocelesti scorers in 2019:

Second, all eight of his goals have come from when he has started the match; as a substitute, which has occurred 11 times this season, he has never been able to score. This shows that Caicedo needs to be engaged in the match to be able to perform to the best of his capabilities. However, it is important to note that the ‘Panther’ never lasts a full match: in the Serie A TIM, he has played 70+ minutes just twice. This shows that Inzaghi feels that he only trusts that Felipe performs in the span of a period no longer than 60-70 minutes on average before removing him for another option. Third, of these seven matches, five of them have been decided by the Ecuadorian’s strikes. He has scored the first goal – if not only goal – for Lazio in each of these aforementioned matches, meaning that he has been directly involved in helping secure a total of 15 points for the club.

A list of all the matches in which Caicedo has scored:

It is without question that Lazio is experiencing difficulty in finding the back of the net this campaign. Compared to their form last season, this definitely comes as quite the surprise considering they managed to score a total of 89 goals (the most in the Serie A) and the personnel has remained almost identical. However, with the top players in the side – such as Immobile, Luis Alberto, and Sergej Milinkovic-Savic – struggling to produce, Felipe has taken control. Making the most of each opportunity presented to him, he has established himself as the second striker alongside Ciro Immobile, switching Inzaghi’s formation from a 3-5-1-1 to more of a 3-5-2. This signifies that there is more to a front two instead of a ‘centravanti’ (a sole striker) and ‘trequartista’ (who plays directly behind the lone striker). This has been a successful switch, as with 22 goals, the pairing of Immobile and Caicedo is the fifth most prolific in the league.

A blessing in disguise, Lazio’s number 20 has been reborn, becoming an important piece in the Biancocelesti dressing room and one of the most impressive players this campaign for the side. Approaching the final stretch of the campaign, the club will need everyone to perform if they are to reach the UEFA Champions League, and with Felipe Caicedo on form, he may be just the man to help them do so.