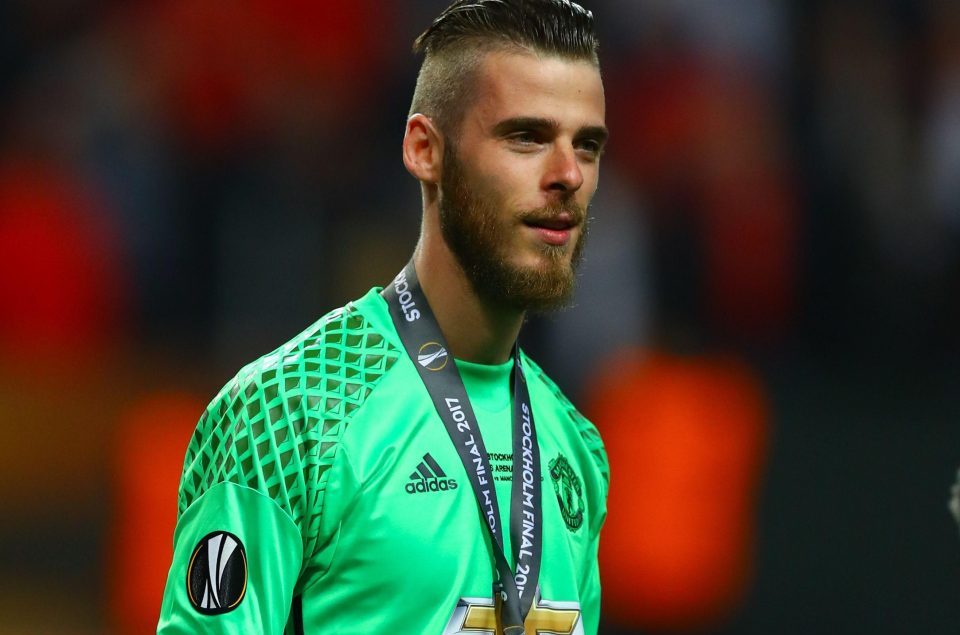 Signed from Atlético Madrid in 2011 for £18 million, the young, scruffy looking Spaniard had a huge task ahead of him. A record fee at the time, he was brought in to replace a club legend in Edwin Van Der Saar, a man who is one of Manchester United’s best ever goalkeepers; this is what the measuring stick would have to be for De Gea. After going through the wind & rain to prove he belongs at the club, De Gea has firmly established himself as one of the best goalkeepers in the world.

To be blunt, De Gea’s opening weeks for the Red Devils were awful. He was targeted by physically imposing teams with crosses as the Spanish number 1 came off worse in many battles against aerially superior strikers such as Edin Dzeko, Andy Carroll & Shane Long to list a few. He regularly missed punches, spilled crosses &amp; looked shaky. This chain of events saw many United fans turn on him &amp; question their manager’s decision to sign him. Furthermore his debut in the community shield against Manchester City, his league debut against West Brom & Grant Hanley’s goal was all incidents that fueled the growing agenda
against the youngster. It was partially unfair to judge him so early but he had to learn the hard way & he did show flashes of quality; his free kick save from (then opponent) Juan Mata was one of the highlight saves of the season. His amazing reflexes should glimpses of what he could become, all he needed was time.

In his second season in Manchester he looked significantly bulkier as his chest & arms looked more firm than in the season prior. He also displayed more confidence with his risky 1 v 1 take on against Mladen Petric acting as a prime example. In Europe he also showed some development as his two games against Real Madrid drew plaudits & also some admiration from Florentino Perez. As he recorded a second consecutive season with over 10 clean sheets, his role in the club’s 20 th league title echoed how much he’d come along since his error prone days. It was a monumental a year of him & with an even tougher year coming; he needed all the momentum he could get.

It was a time of enormous change that De Gea (and the club) would have to adapt to. Sir Alex Ferguson had called it a day after recapturing the league title back from their noisy neighbours, Manchester City. In a less mentioned point, De Gea also lost a mentor in Eric Steele. The Englishman was central in De Gea’s adaption to English football; it was also on Steele’s recommendation that De Gea was brought to the club as Sir Alex Ferguson admitted to holding more interest in pursuing Schalke’s Manuel Neuer. A quick glance at the history books reminds us that David Moyes’ terrible 10 months in charge at Old Trafford caused the club to finish in 7th place with many of the score lines making De Gea look as if he was at fault. On the other hand, if you consider his back four contained 3 defenders (Rio Ferdinand, Nemanja Vidic & Patrice Evra) who were all on a steep decline; it is rather surprising that De Gea managed one more clean sheet than the season prior. His highlight of the season were his double saves at home to Olympiacos in the Champions League proved he was capable he was destined to play at the highest levels, this something that a certain club liked in him. After Moyes was sacked he was replaced by Dutch national coach Louis
Van Gaal, a man who prided himself in developing players.

Following his World Cup achievements with Holland, United fans were right to expect more of the same from Louis Van Gaal. The Dutchman made it his duty to purge out the experience &amp; deadwood in order to create a squad viable for his successor (who he thought would be Ryan Giggs). Nemanja Vidic, Patrice Evra &amp; Rio Ferdinand all left that summer, leaving De Gea as the most regular figure in the backline. De Gea had lost a lot of experience on the field but he also gained a lot off of it; famed goalkeeping coach Frans Hoek had come in as part of of Van Gaal’s coaching staff. Having worked with Edwin Van Der Saar, Victor Valdes & Manuel Neuer in his career, it was safe to say De Gea’s would be in the care of the right hands. His standout moment of the season was him saving Leighton Baines’ penalty, this was the first time the Everton Left Back hadn’t scored a penalty. That save summed up how good he was on the day &amp; for that season in general. His improvements in his handling
& cross collecting earned him a lot of plaudits. However, De Gea’s admirers were determined not to go another season without him.

Manchester United’s 2015 transfer window was clouded with Real Madrid’s relentless pursuit of David De Gea. Perez used ex-players, pundits & even the Spanish national team as methods of nudging De Gea into a move, this unsettled De Gea to such an extent he was left out of United’s August fixtures. The move seemed to be sealed on deadline day but due to what Manchester United claim to be a ‘fax machine error’ the deal broke down in the 11th hour which damaged relations between the two clubs. Once the summer excitement simmered down, De Gea worked hard like a true professional to claim 15 league clean sheets. These clean sheets weren’t easy work though, as the injury plagued backline of United meant that a variety of defences were set out to protect De Gea. After a remarkable term, De Gea went into EURO 2016 as Spain’s number 1 goalkeeper. Additionally his
increasing trophy cabinet &amp; guidance from Frans Hoek saw the Spaniard become mentioned in the best goalkeeper in Europe. He finally ‘grew up’.

Following a disappointing 2 seasons with the club, Louis Van Gaal was sacked as Manchester United manager. Enter, Jose Mourinho. Ever since being sacked from Chelsea, the Special One had had his eye on the hot seat at Old Trafford &amp; gave subtle indicators as to where he’d like to coach post-Chelsea. His summer signings included Eric Bailly, Paul Pogba & Zlatan Ibrahimovic, and all 3 improved the spine of the team by giving it a better physical presence. What’s more is that if you take into consideration Mourinho’s defensive nous you’d see how him coming in made De Gea more secure in tough situations. In comparison to when De Gea arrived at the club, his English is near perfect, he’s grown into the number 1 shirt & cuts a significantly improved figure than he was initially. His wonder saves were essentially regular now as time and time again he makes light work pulling off spectacular saves. The club’s love for De Gea also stems past contract bonuses &amp; extra gear as his former Atletico Madrid goalkeeping coach Emilio Alvarez came in as part of Mourinho’s backroom staff, this showed how much United valued De Gea as not many clubs would go out to hire someone so close to a player.

Despite not playing a large part of their Europa League triumph, De Gea was keen to play down any bad feelings towards teammate Sergio Romero. During the 2017 Summer Tour there was moments where you could see what a tight knit group of goalkeepers De Gea, Romero & Joel Pereira were. Each providing reliability &amp; responsibility between in each other Mourinho could easily field any of the three over the course of the tour. That same Summer Victor Lindelof, Nemanja Matic & Romelu Lukaku were all brought in which again sharpened United’s physically imposing image. His saves against Liverpool were further reminders of how good he is &amp; how simple he makes his saves look. Jose Mourinho has let it known that he wants the Premier League title this season &amp; David De Gea will definitely play a pivotal part of any trophy chase.

In his first two years at the club many fans had turned against him but the recent interest in De Gea from Real Madrid opened United fans’ eyes in regards to how excellent ‘Spanish Dave’ is and if he does ever leave for the Bernabeau, De Gea may never play for such loving fans as he does now.