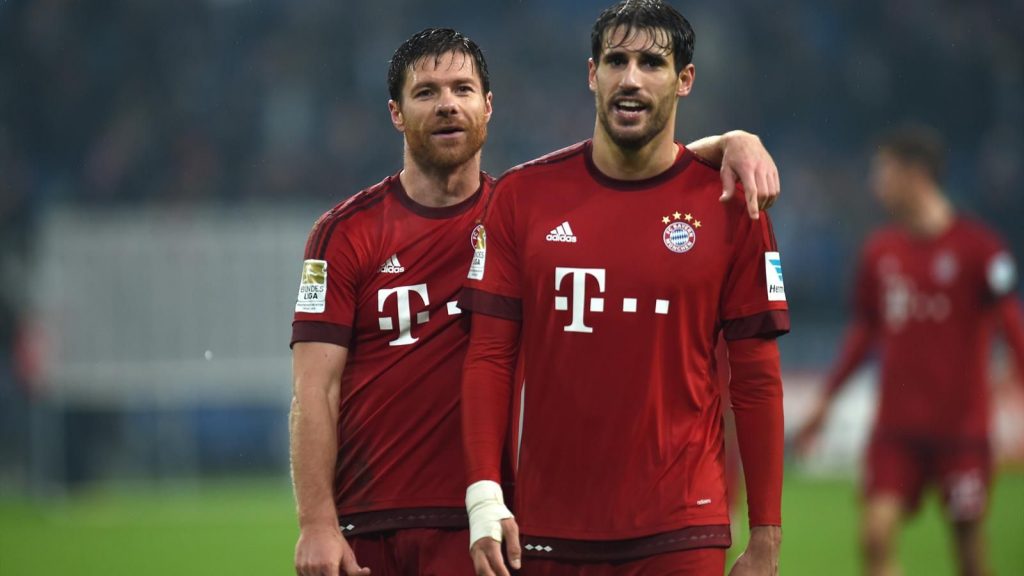 The Basque Region is one of the most unique in the entire world. A small region of people that settle from land in the Pyrenees Mountains in Northern Spain to a small section in Southern France have produced some of the best footballers on the planet. At the forefront of the footballing world today, players like Cesar Azpilicueta, Javi Martinez, Ander Herrera, Xabi Alonso, Aymeric Laporte, and Antoine Griezmann all hail from the Basque Country.

The Basque land has one of the most unique histories in the world. Their language is unattached or linked to any other. It bears no resemblance to even languages like Spanish or the other romance languages. This brings a sense of community and pride within themselves that is unparalleled in the whole world. Preserving their tradition and culture is of the utmost importance to the whole Basque community, which has caused tension with the Spanish government at times.

Athletic Bilbao, the forefront team of the Basque region, is one of three teams to never be relegated from La Liga with the other two teams being Real Madrid and Barcelona. Bilbao also have more Copa del Rey’s than Real Madrid, lifting the trophy 23 times. Looking at their gorgeous San Mamés Stadium, one can see the embodiment of Basque football. This season, it took until the final stretch of the season for Barcelona to have a better home record than Bilbao. With 13 wins, 4 draws, and only 2 losses at home, San Mamés is truly a fortress for the Bilbao faithful. The stadium is nicknamed, “La Catedral” as the stadium in named after a nearby church. Mammes was the name of a Christian Martyr. He was thrown to lions by the Romans, and legend goes that he was able to tame the lions and they became his companions. Basque footballers play with this same sense of confidence and demeanor, taming the beasts that come their way.

Football was actually introduced to the Basques by the creators of our beautiful game, the English when they migrated to the Basque region in the late 1800’s due to the rising steel industry in the region. The migrant workers plus the Basque elites who had studied in England founded Athletic Bilbao in 1898. The famous red and white kits of Bilbao were actually inspired by the red and white stripes of Southampton Football Club. A student from Bilbao brought back fifty Saints kits for club as they matched the flag of the city. Funnily enough, the English who brought football to the Basque country brought a short passing style of play. Bilbao were some of the forerunners to fluid passing, that would evolve into what is now known as “tiki-taka” and England has opted for the more conservative long ball approach at times.

Bilbao have a treasured history in Spanish football, being one of the most successful clubs in the early years of La Liga. “Los Leones” or the Lions as their called, fight with the same heart that Mammes himself would be proud of. Telmo Zarra, a Basque footballing legend, held the record for most La Liga goals until a lad named Lionel Messi came along and broke his record a couple of years ago. Zarra still holds the record for most Copa del Rey goals at an astounding 81, and the trophy for the most La Liga goals in a given season bears his name. His international record is stellar as well, bearing 20 goals in 20 appearances for the Spanish national team.

Bilbao’s footballing legacy is even more astounding when you look at their club policy. They only let players into the club who have had Basque heritage, or who have grown up training with Basque clubs. This creates a sense of unity not only for the players, but also for the supporters. They know they are standing behind fellow Basques, which creates a sense of pride behind the club. Bilbao are also one of the few clubs to be owned by the fans. This keeps ticket prices down so that every fan has an opportunity to see the club they love. With tickets prices on the rise all around the world in the sport we love, they are a rare example of the club staying true to its supporters. Being owned by the fans means they don’t have the biggest transfer budget every year, but this hasn’t stopped them from achieving success.

Ernesto Valverde, Athletic Bilbao’s current manager, has taken the club back to notoriety. He took Bilbao to their first Champions League qualification and to the Copa del Rey final in his first year for the club, where unfortunately for Bilbao, Lionel Messi put on one of his famous solo goals. Bilbao lifted their first trophy in 31 years when they lifted the Supercopa de España with a resounding 4-0 win against Luis Enrique’s Barcelona highlighting the memorable event for the Basques. This has led Valverde to be the favorite to replace the departing Enrique at the helm for Barcelona. The success for Bilbao doesn’t seem to be swaying any time soon, and their youth policy is still producing world class talent. Iñaki Williams, Mikel Oyarzabal, Kepa Arrizabalaga, and Yeray Alvarez are all highly regarded Basque youngsters. Yeray had a bout with Testicular Cancer this season, but was still able to recover and see out the season playing for Bilbao. He was the 7th best rated defender in Europe according to the CIES Football Observatory while Javi Martinez, another Basque defender, came out 1st.

The current range of Basque footballers is astounding at the moment. A starting XI of just players of Basque heritage would be extremely competitive on the world stage. Legends such as the formerly talked about Telmo Zarra, Julen Lopetegui, Xabi Alonso, Txiki Begiristain, and José Ángel Iribar litter football’s history books. Often during the thought process of football’s great cultures, the Basque region is often forgotten. Many clubs could learn from the style of the Basques with their heart, passion, and community-first way of thinking. Bilbao and the Basques have been a mainstay of success in world football, and that isn’t going away any time soon.