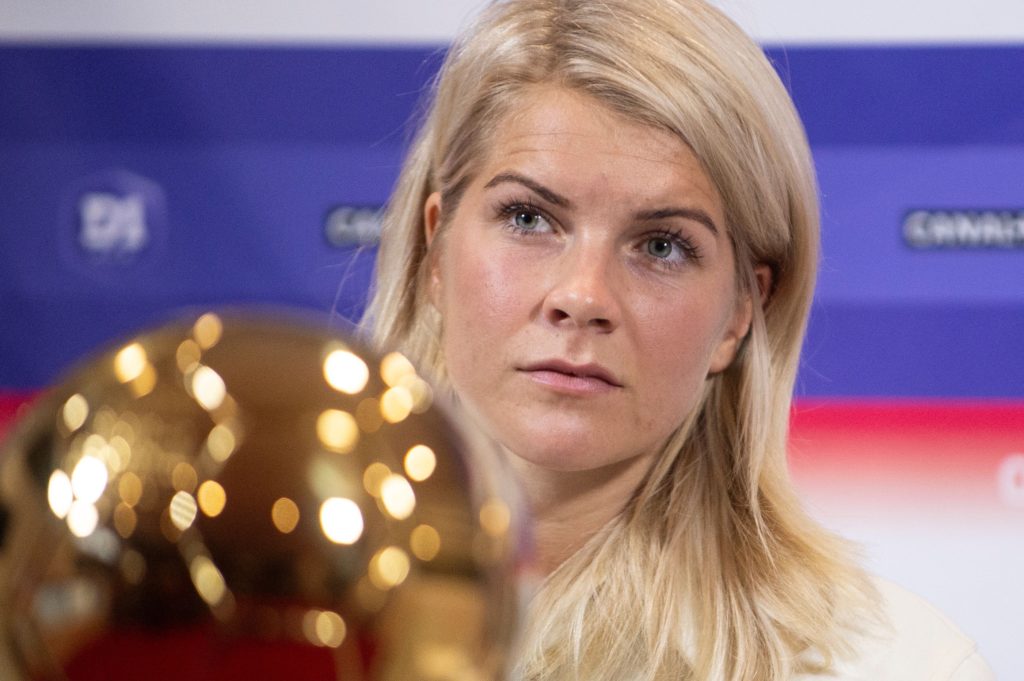 On Wednesday, the Court of Arbitration for Sport in Lausanne ruled in favour of the International Association of Athletics Federation choice of banning athletes like Caster Semenya with elevated levels of testosterone, unless they took suppressants to reduce their natural levels.

The ramifications of such a decree were shocking, and yet, when asked if she would take the medication provided by the IAAF to reduce her testosterone levels, Semenya replied with a vehement ‘hell no’.

It was a response seldom heard in the history of the sport. However, her defiance and the transparent nature of the IAAF’s handling of this incident exposes the negligence of governing bodies in not doing enough to alleviate such obvious incidents of bigotry or worse: playing an active part in the nullification of female talent from varying backgrounds.

Perhaps Semenya drew her strength from the recent case of Ada Hegerberg, the first women to win the Golden Ball. Hergenberg has refused to be a part of this summers Women’s World Cup in France in protest against machismo. Like the IAFF, Hergenberg’s demands for equality, professionalism and organisational restructuring have been frequently nullified by FIFA, and their lackadaisical approach has only fueled her rebuttal.

Indeed, in the eyes of Semenya and her lawyers, the IAAF became the directors of a modern-day horror movie – one that she was living, and the kind that would not go away once you turned off the TV. Not only did they play an active role in inhibiting her success, but told her that the decision centred around ‘levelling the playing field’ and’ ensuring fairness’ despite the fact that these claims were far from the truth. Where were such statements when the great Michael Phelps was found to develop less lactic acid build-up than his competitors, thereby improving his endurance levels?

The aim here was to maintain the status quo and eliminate any dangers that threatened to change it at whatever cost, in this case, Semenya.

And only because the South African runner epitomises an opportunity to shift the dire state of athletics from exclusivity to embracing all types of talent. Meanwhile, the IAFF are the perennial sweepers tasked with dealing with anomalies like her.

Which makes her defiance, and indeed Ada’s, all the more important in a sport refusing to change and match the heights of equality that other sports are making the effort to reach. If not now, when? If not her, who?

That defiance was radiating from her when she responded with ‘hell no’ to the question of whether she would take the suppressants provided by the IAAF. She made her faith in herself clear when she uttered those words, but also spoke for every other female athlete out there, like Hergenberg did, afraid to say no, and afraid to speak out against governing bodies and entire sporting cultures that continue to enforce their oppressive ideologies on female athletes.

There have been many before her. Kathrine Switzer is a memorable name that comes to mind – the first woman to officially enter and run the 26.2 mile race – despite the fact that women weren’t officially allowed to take part until 1972. Kathrine’s case might have been slightly different in circumstance, but the nature of the incidents are still the same: defying laws and governing bodies that aim to control the female talent present in athletics.

Another is Dutee Chand, who lit up the world of athletics in 2016 for events on and off the track. Like Semenya, Chand was another whose testosterone levels were deemed ‘too high’ and she too fought the IAFF on the case. Chand competed in the 100-meter dash in Rio, making her the first Indian woman to qualify in the Olympic event in 36 years, and despite criticism and prejudice left her mark on the sport.

Stella Walsh,  Ewa Klobukowska, María José Martínez-Patiño, Santhi Soundarajan. Athletics history is littered with women who were outstanding athletes, mocked for their build and genetic make-up, hindered from reaching new heights, and isolated for their talents. And more often than not, football is no better. Semenya, and indeed Ada too, is merely the latest on the list.

For there would be no disapproval, no stand-out female figure in athletics or football, no change in a male-dominated sport if these women hadn’t pursued their passions. Yet nevertheless, they strove to write headlines despite the many that stood against them. In Semenya’s own words, she was born to run and will continue to do so, and so were they, despite the best efforts of the IAFF and FIFA to prevent them from doing so.

Through countless gender verification tests, interrogations by IAAF members, criticism from writers and media all around, as well as her fellow runners such as Elisa Cusma of Italy displayed, the South African followed in the footsteps of those before her and continued to break records at the highest level of athletics.

And yet instead of applauding these moments of pure raw talent and skill, Semenya’s celebrations were instead infused with hate, hostility, isolation and prejudice, even from the tender age of 18.

From a young age, her every achievement was disapproved, and all she has ever known in the world of athletics is condemnation, and yet she continues to give back to the sport, continues to light up the track with her skill.

Semenya pointed it out herself when she publicly voiced her opinions on her critics, stating that it ‘would be easier for them’ if she didn’t win, train hard and continue to break new records. She continues to choose the so-called harder route in the name of her profession and passion.

That in itself is her defiance. To not just continue to run because of the constant dissent she is receiving, but as an example to other young runners from all backgrounds that despite the hardened and stubborn resolve the world throws at you, there is always something to fight for.

And alongside Ada, there is proof that the negligence of such governing bodies are often catalysts for powerful, counterattacking movement that can shift the pendulum towards those who have to fight their entire lives for equality.

In doing so, Caster Semenya speaks for us all, runs for us all, and fights for all the female athlete out there who were subjugated, blamed and censured for simply being themselves. We owe it to them to aid this renaissance and put people like Semenya on the athletic pedestal they deserve to be on.