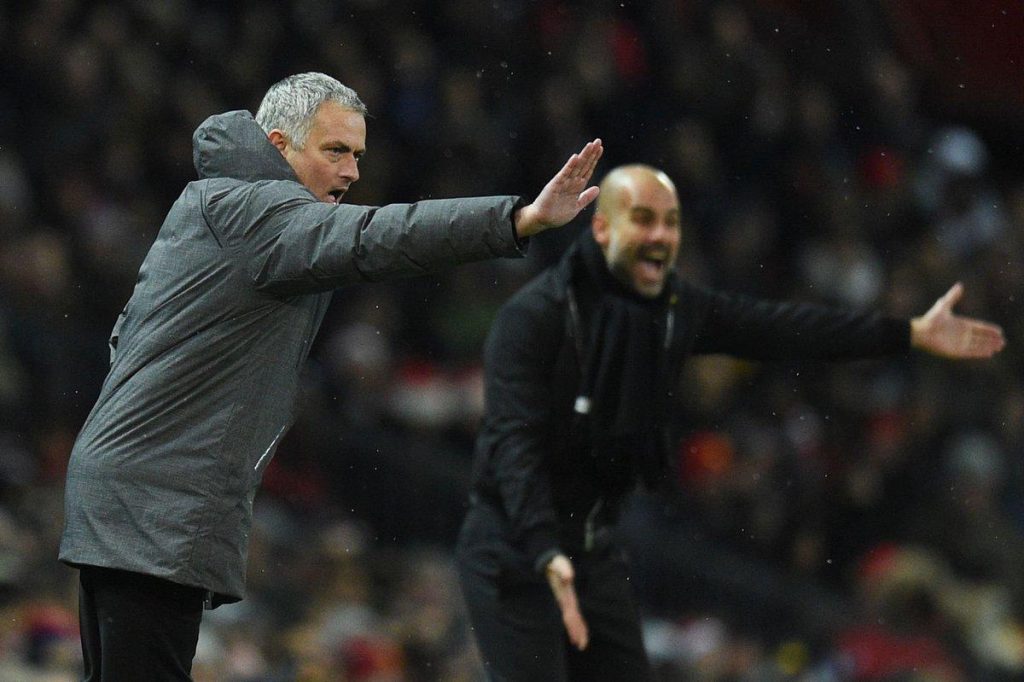 “Language is the foundation of civilization. It is the glue that holds the people together. It is the first weapon drawn in a conflict.”

There’s a tribe in Namibia that doesn’t have a single word for the color “blue,” but they have a plethora of words for the color “green.” If you put a color wheel in front of an English speaker, they struggle to see the similar shades of green, while a Namibian can pick out specific shades with ease. However, they will struggle discerning greens and blues. This is the base of the “Sapir-Whorf Hypothesis,” which states that the language you speak, influences your perception of the universe. I, as an English speaker, with my common words, look at the world differently than a Portuguese speaker would, which is pretty freaking cool.

In the late 1990’s, arguably football’s best two current managers embraced after the European Cup Winner’s Cup final, Pep Guardiola as a player, and Jose Mourinho, as Sir Bobby Robson’s translator and advisor: Mourinho as the voice, Guardiola as the disciple. Younger pictures of Mourinho and Pep together provide a stark contrast of their demeanor towards each other in press conferences and especially on the pitch. How can two people that are so close, end up viewing the world completely different? If Pep is the thesis, how did Mourinho end up as the antithesis?

For about a decade now, Mourinho and Guardiola have been battling out two opposing philosophies of play, and it’s only fitting that they wear red and blue when they step out onto the battlefield. Mourinho is typified as almost “anti-football,” while Guardiola is branded as the savior of the beautiful game. Intimidation, fear, and calculations, against art, beauty, and creativity.

“We were close,” is about as much anyone will ever get from Mourinho about his time at Barcelona with Pep, and you won’t get much from the latter either. The falling out can go to when Pep Guardiola got the job at Barcelona in 2008.  When Mourinho talked to the board in his interview, part of his plan was to hire Guardiola as his assistant. He knew how important Guardiola was to Barcelona, and ironically enough for him, Txiki Begiristain and the rest of the Barcelona board agreed, so they hired Pep Guardiola for the head job. Mourinho understandably was left devastated. It’s almost insanity to try to put Mourinho and Pep in the same box now. It’s their relative philosophy, or language of the game.

The Iberian Peninsula sits in isolation. The Pyrenees Mountains sit to the north, while ocean surrounds everything else. In this way, Spanish and Portuguese have been able to evolve without much influence from the rest of Europe once the Romans arrived in 218 BC. The peninsula experienced a plethora of different rulers, from the Visigoths, Muslims, Galicians, and Christians. The Galicians would settle in an area on the western side of Iberia, and would call their land Portus Cale, or Portugal, while the Christians would manage to take the rest of Spain brandishing Castillan Spanish, which we know today. With their respective languages, came their respective cultural identities, which caused conflict when Isabel and Ferdinand wanted to unite the whole peninsula. Portugal and Spain both formed similar but different fierce, unfazed cultural pride. When I travelled to Spain, they told us if we ventured over to Lisbon, “not to speak Spanish because they would frown upon it.”

Is it no surprise that the Portuguese Jose Mourinho has conflict with the Spanish Pep Guardiola?

I know you didn’t click on this article for a linguistics lesson, so let’s dive into the application of these differences. Portugal and Spanish have been isolated, and they have endured a nonviolent rivalry with each other throughout their history. Whether that was with colonization, linguistic arguments, or cultural identity, they both think they’re better than the other. Pep and Jose speaking Spanish and Portuguese just seems to fit the rivalry they have with each other. If you believe in the Sapir-Whorf Hypothesis, then their differences make even more sense. Jose Mourinho was the voice of Sir Bobby Robson. He had to speak multiple languages to convey the philosophy of Robson and Cruyff before him. He knew the ins and outs of that style of football maybe even better than the manager himself. Conveying tactics and philosophies in multiple languages is harder than it looks when you get down to the technical aspects of the beliefs. Mourinho knew the tactics so well, he ended up learning the weakness to Cruyff and Robson because of what he spoke. He spoke in Spanish, but thought in Portuguese. Guardiola listened, and marveled at the words of Robson and Cruyff, through the mouth of Mourinho. Pep was able to dissect those words in his brain and build on it.

There is no thought without expression, and no content without form. If an idea affects you so profoundly but you aren’t able to convey it, does it really exist? This may be Mourinho’s problem, in his constant struggle of the man he once gave directions to. Mourinho has become so obsessed with the idea of finding the weakness in what has become dominant and commonplace, but has he always been able to express it perfectly to his students in his teams? Pep Guardiola is always in command of the language of the ideas that he is trying to express. As a listener and doer of the tactics, he was able to simmer in every word he was given, while Mourinho was just a vessel for communication at Barcelona. Both steeped in brilliance, but in different forms.

It’s why people that work under Pep always seem at peace, even when you see videos of Pep raising his voice to his players, like at Raheem Sterling or even Nathan Redmond. It’s soothing to hear the words from someone who you know has put so much consideration into every sentence. Communication is limited by perspective, and Pep and Jose happen to have developed the opposite perspective on the philosophy of how football should be played. Their respective language they use has in turn affected their philosophies and sharpened with every passing sentence to create the divide we see between the two. It’s a beautiful development actually to see the individualism of life in effect between two of the most brilliant minds that we have ever seen. The conflict between Jose and Pep is a perfect case study to show evidence for the Sapir Whorf hypothesis.