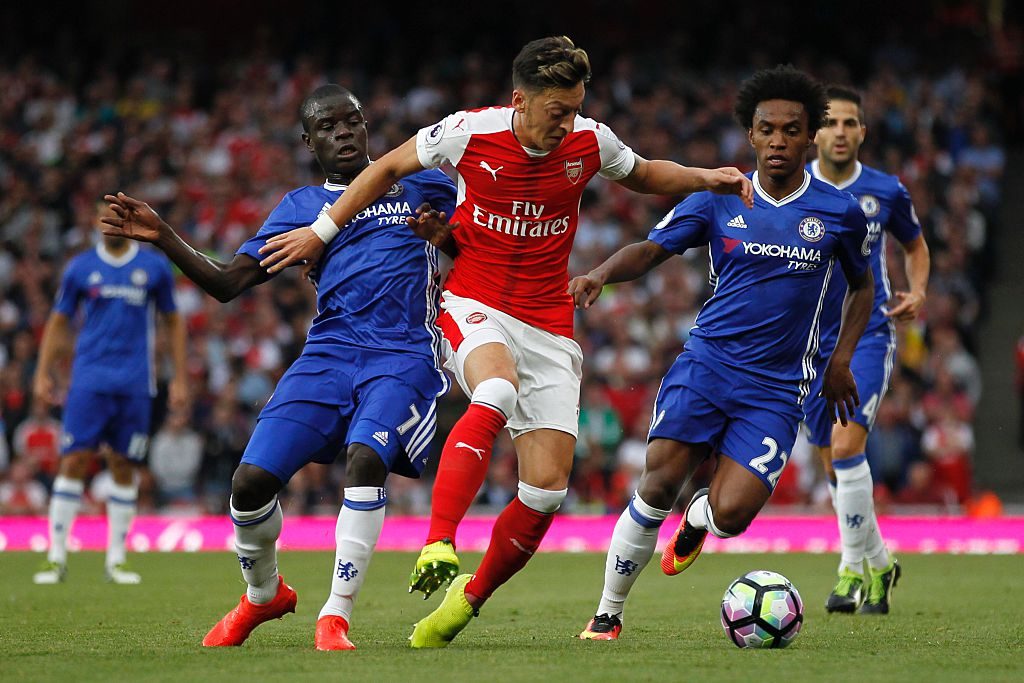 When Pep Guardiola became manager of Barcelona in 2008, he revolutionized the game forever, and became the epitome of both knowledge and simplicity. His ‘tiki-taka’ brand of football swept the globe, and brought about a Renaissance Period. Xavi was Da Vinci, Iniesta was Michelangelo, Messi was William Shakespeare. No one perfected it like they did, and they reaped the rewards for their revolution: a total of 14 trophies in the span of 4 years. Everyone fell in love with their artistry. It was poetry in motion; it was simplicity in elegance.

There were levels to it for sure, but in the end it was simple. A 4-3-3 formation that created triangles for passing lanes, so there was always an option. If you keep the ball, they can’t score. Simple enough. Even at 13 years old, I was being taught the tactics of a professional level Spanish manager. These geometric passing lanes seemed impossible to stop. It was beautiful too. Seeing Barcelona pass around teams with ease was mesmerizing.

This domination at the top carried over from Spain over to Germany with ease, and Pep Guardiola was the leader of this new Renaissance. Everyone wanted to be Barcelona, and whoever said they didn’t was lying. This was especially personified on the International level with Spain, dominating the 2008 and 2012 Euros and of course the 2010 World Cup.

However, this domination creates enemies. Opposing kingdoms that want to stop the kingdom. A bull charged into the Premier League to stop this free-flowing style, and his name is Antonio Conte.

Antonio Conte and his associates, like Diego Simeone, have arrived in style, and ready to run over the finesse of Pep Guardiola. Instead of the 4-3-3, Conte has even Arsene Wenger of all people to change to a 3-4-3 formation. Much more compact, less creative, the rigidity of Conte and Simeone were a necessary response. Much like Newton’s Third Law, which states that for every action there is an equal and opposite reaction, this force of ‘tiki-taka’ brought on the reaction of rigid, defensive, brute force. That isn’t to say Pep and his tactics didn’t have a tenacity, but just look at Simeone and Conte. Who was there to pounce after Barcelona won La Liga in 2012? Simeone and his Atletico Madrid squad in 2013. Leicester won the Premier League with a similar style last year, focused on defense and work rate more than free flowing attacking.

Conte is here to complete that transformation. The Red Bull high energy, constant running, arm waving on the touchline tactics has him top of the table. With the number of teams using the 3-4-3 on the rise, we are seeing the final stages of tiki-taka. Barcelona were demolished (once) by PSG, and Conte’s former club Juventus over two legs. Chelsea’s squad is the new epitome of this, and their leader on the pitch is Ngolo Kante. The Player of the Year in the Premier League this season is a machine; he never stops running, his defensive capabilities are world class, and his on the field influence is on another level. Arguably he won the title for Leicester City last year with his influence as the midfield destroyer, and he is doing the same for Chelsea this year. He’s the complete opposite from any central midfielder that you would see wearing a Barcelona kit, and in this day and age, he is looking to be the more successful.

Looking tactically, most of the top midfielders are thriving on this tenacity. Marco Verratti, N’Golo Kanté, Ander Herrera, Nemanja Matić, Casemiro, Naby Keïta, Arturo Vidal, and players like Adrien Rabiot are all seeing success for their killer mentalities. Players like Paul Pogba, Mesut Özil, André Gomes, and even Ivan Rakitić have seen their influence diminished this year. Creative central midfielders are being replaced by box-to-box midfielders who can do more than the geometric triangle passing.

The outside midfielders/wing backs are being devoid of their creative duties as well to focus on defense. They are listed as midfielders in the formation, but they are effectively defenders first. Victor Moses, who isn’t the most creative, is thriving for the first time in seemingly the position that was born for him. Marcos Alonso on the other side isn’t very creative either, but they are both reaping the success of the rigidity. They would fail hugely if they were hitting their prime about eight years ago, and we wouldn’t hear from them again. Antonio Valencia has pushed Matteo Darmian out of his spot at Manchester United, with Mourinho opting for the strict and physical presence of Valencia, rather than the more creative Darmian.

The rise of the destroyer mentality was always going to happen in response. When other teams couldn’t compete technically, then they resorted to the strict tactics we see today. This is the death of the Renaissance, and that isn’t for better or worse. The physicality and strength of the teams on the rise is a different breed, and maybe we are entering an age of new tactics to be explored. Newton’s Third Law did state that for every action there is an equal and opposite reaction, but if a manager can learn how to break this law, then that might lead to our next creative age.