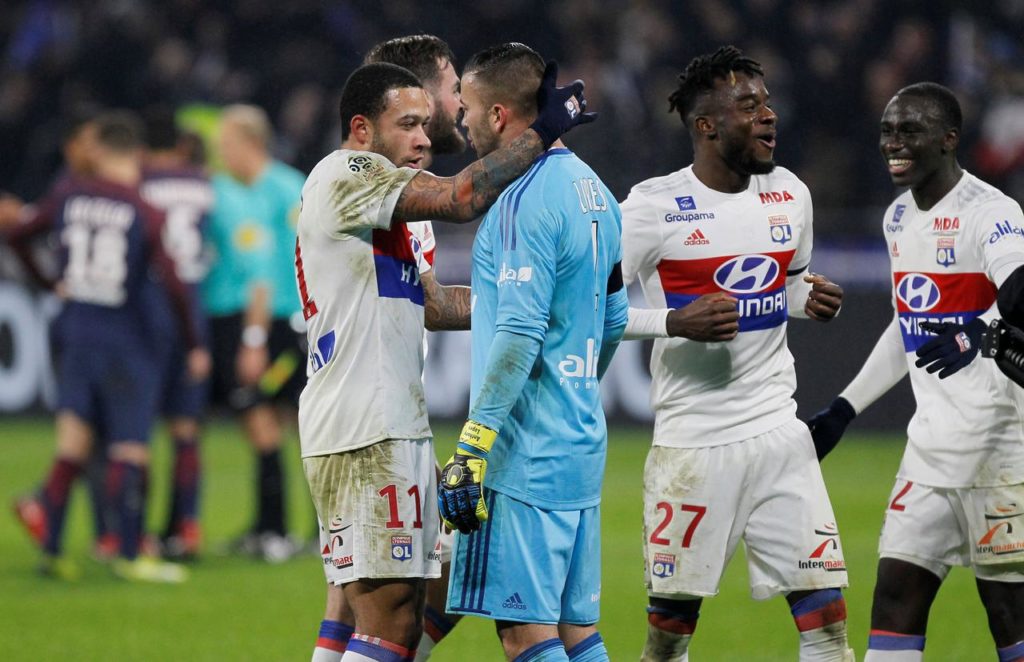 In a match that pits David versus Goliath, the wise man will back Goliath.

Lyon vs. Barcelona is one such match-up, but while fairytale victories are welcomed in football, even the most optimistic of Lyon fans will have no expectations of eliminating the La Liga leaders.

History, quality, and reputation precede the Spanish giants, whose progression in the Champions League is treated as a foregone conclusion. For many – the media, the fans, and even the players themselves – the tie was decided the moment these two teams were drawn together in the knockout round last December.

Lyon’s dismal chances have less to do with Barcelona and more with their own vacillating performances. Despite it being halfway through their season, the team has yet to find a steady rhythm, having been unable to chain together more than three wins in a row, and oftentimes scraping by with only minimal effort.

Their star attackers, Nabil Fekir and Memphis Depay, have been unable to replicate the blistering form they displayed in the latter half of last year’s campaign. Their desire to leave Lyon is no secret, and in Fekir’s case, an aborted transfer to Liverpool has also affected his headspace. The other members of Lyon’s attacking lineup have been equally as inconsistent, having scored only a combined 38 goals in the league this season. At this time last year, that number was 52. Considering the talent in their frontline, Lyon’s goalscoring statistics are disappointing.

Defensively, goalkeeper Anthony Lopes is single-handedly keeping Lyon in the race for Champions League football. This season is shaping to be his most outstanding ever, and it’s not an exaggeration to say he’s one of the best – if not the best – goalkeeper in Ligue 1. Unfortunately, his teammates are often inattentive when it comes to defending, and Lyon have dropped plenty of points this season by conceding easily avoidable goals.

Unsurprisingly, the midfield is Lyon’s brightest spot. Tanguy Ndombele and Houssem Aouar have stepped up their presence this season, both impressive in poise and skill. They still have a few things to improve upon, but they are a pairing capable of bossing midfield team in Europe. And just like against Manchester City, the rest of the squad will look to them for direction.

However, if there’s one person in Lyon whom Ernesto Valverde should pay attention, it’s his counterpart.

One of the most polarizing figures in French football, everything involving Lyon is ultimately about Bruno Génésio. Liked by his players and generally well-received by the media, he is despised by much of Lyon’s own fanbase.

On the surface, it’s hard to understand just why Génésio is so hated. His results at Lyon have been respectable. Currently, they are in 3rd place in Ligue 1, in the quarterfinals of the Coupe de France, and in the knockout round of the Champions League. For a team with only half of PSG’s resources, these are perhaps the best results anyone could reasonably expect. And while Monaco have shown that derailing the Parisien giants is possible, that Paris Saint-Germain side lacked Zlatan Ibrahimović, Kylian Mbappé and Neymar Jr., and they also had an inferior manager to Thomas Tuchel.

Génésio’s time at the helm has not led to any silverware, but the team hasn’t won anything since 2012, when they finished 4th yet won the Coupe de France. A single cup win in ten years can’t be blamed on Génésio alone, who became manager of the first team despite having no prior coaching experience in the top level. The fact is, Lyon has been in a rut since 2008, something due in large part to the club’s executives, whose unanimous focus on utilizing player sales to pay off debt has curtailed any other ambitions.

However, amongst fans, there is the sense that this season was Lyon’s best chance to challenge for the title. The lack of major player turnover this past summer meant this is the strongest squad Lyon has had in years, and with a mass exodus all but inevitable next June, Lyon would then need to rebuild all over again. If there were ever a time to knock PSG from the French throne, this was it.

Expectations were high, but it was quickly apparent that despite the embarrassment of riches at hand, Génésio would not be able to lead Lyon to the title or even offer the semblance of competition to PSG, who did not sign a single marquee player this past summer due to FFP restrictions. Week in and week out, the squad performed poorly against smaller teams, who found great success by sitting deep and breaking on the counter. The sheer number of points dropped against the bottom of the table is staggering, and it has been a long time since Lyon has walked away with a comfortable victory, perhaps dating back to their 3-0 triumph over Monaco last December. Their games can be excruciating to watch, and even when winning, they always seem to be on the verge of defeat.

Despite their superior quality, Lyon repeatedly struggle to break down disciplined defenses. The more possession they have, the less they are able to capitalize from it, and when relegation candidates outplay and out-hustle them, it is a surprise to no one.

For the first two months, it was a running joke. Six months later, it’s no longer funny.

It is understandable then, just why fans have directed their ire at Génésio. Banners with “Génésio Démission” are frequently displayed by supporters, who loudly call for his resignation. While club president Jean-Michel Aulas has backed his manager so far, his comments on Génésio’s long-term future have been vague. His contract, which runs out this summer, is not guaranteed to be extended. Given the hostile environment he operates in, it might be better for his own mental health to walk away.

But it would be unfair to attribute this malaise only to the manager, as the players themselves have admitted to putting in lackluster performances. While it is Génésio’s job to motivate his team, once on the pitch, it’s up to the players to demonstrate their work ethic and enthusiasm.

That being said, Lyon has played excellently in high-stakes matches. They were the better of two teams in both games against Manchester City, they won both of their local derbies against Saint-Ètienne, they dealt decisive defeats to Marseille and Monaco, and last weekend, they ended PSG’s unbeaten streak in Ligue 1.

Lyon has also shown great mental fortitude when losing. Several times this season, their opponents opened the scoring, with Lyon coming from behind to snatch at least a draw. In most cases, Lyon played terribly and the other team deserved all three points, but what else can you expect from a French team?

While the debate is fierce over who is to blame for Lyon’s see-sawing form, all can agree that it is unacceptable for a team to play well for a handful of big games, and then consistently drop points against teams that should otherwise be swatted away.

One thing is certain – Génésio is not a proactive coach; he is a reactive one. He finds it difficult to impose his game technically, so he depends on the other team to play theirs, and then he adjusts his strategy accordingly. He is better at exploiting the tactical vulnerabilities of other teams rather than addressing his own. It is why Lyon is a second-half team, and it is also why they have an easier time coming from behind rather than defending a lead.

It is something that Valverde will have to consider in setting up his team. Barcelona is the kind of challenge that may bring out the best in Génésio and his players. “Parking the bus” is something that Lyon has never done, and when playing against superior opposition, they are unafraid to play quick, aggressive football.

Génésio is banking on Barcelona to be overconfident and unfocused. While there is a notable gulf in quality between the two teams, Lyon is more than capable of causing an upset over 90 minutes. Fans are used to being disappointed in their matches against league minnows, but if there’s one thing they can be certain of, it’s that Lyon is fearless. They won’t be scared of Barcelona, and if they see any weakness, they will pounce on it.

A Barcelona win is still the likely outcome, and perhaps the best Lyon can hope for is a narrow loss over both legs. But anyone who has watched Lyon this season will know that while the wise man may back Goliath, only a fool would completely rule out David.