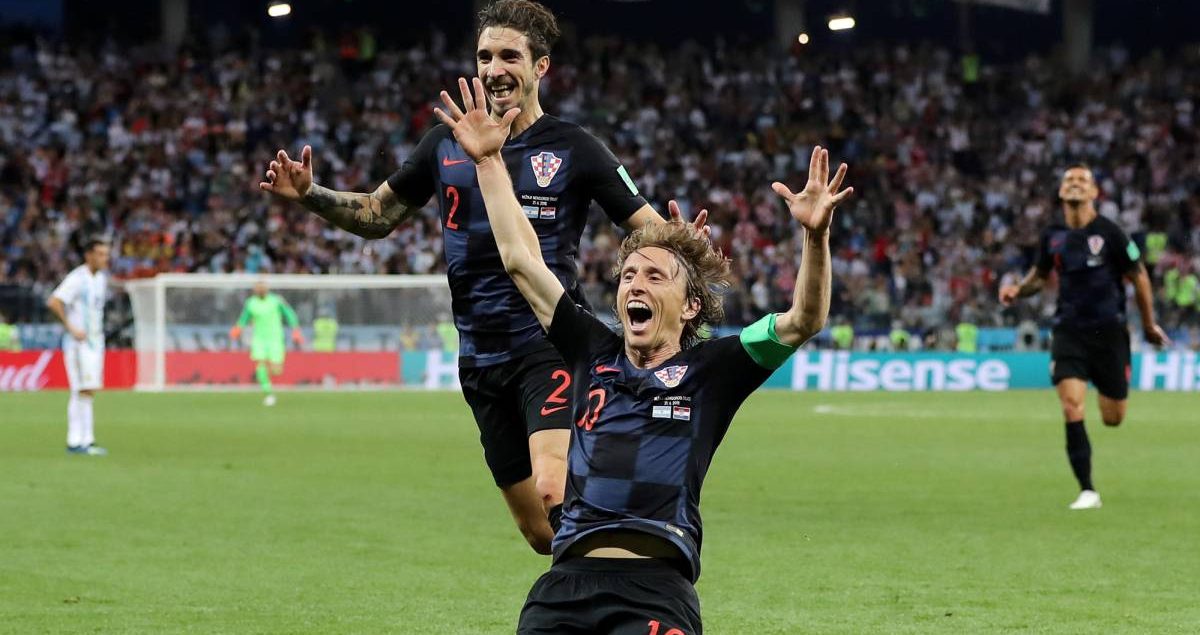 If you’re going to try, go all the way…

Unlike Iceland and Nigeria, the people of Zagreb and Buenos Aires have always had good World Cup stories to tell, but en route Russia 2018, it was Croatia and Argentina who faced the embarrassing likelihood of failing to qualify.

Had things turned out differently in AFCON Qualifying Group B, then the three points awarded to Algeria in Constantine would have wounded Nigeria deeply, but it wasn’t to be. The Super Eagles were flying to Russia, and not even FIFA’s arbitrary disciplinary measures could stop them.

It was a surprisingly easy ride for the West Africans in the so-called AFCON log of death, as they defied the odds to dominate and top a group that had the likes of Zambia, Algeria, and the Indomitable Lions of Cameroon. Thirteen points from a possible eighteen and an emphatic 4-2 friendly win over a Messi-less Argentina had 180 million Nigerians on their feet, as Gernot Rohr’s Super Eagles soared into Russia.

On the 9th day of October 2017, Albert Guðmundsson’s 68th minute strike sneaked Iceland into football headlines once again. Lo, the Thunderclap fairytale wasn’t over, and the Vikings would fancy their chances again. This time, the stage was bigger, and the chorus was louder.

While standard qualification procedure would have seen Iceland and Nigeria qualify through their skin, as Lionel Messi, Luka Modrić and compatriots danced their way into the World Cup Finals, the odds, in an intriguing twist of events, suddenly ganged up against the familiar ones.

The road to Moscow was fogged with strange clouds, and it wasn’t until the very final round of qualifying matches that Jorge Sampaoli and Heimir Hallgrímsson breathed sighs of relief following Messi’s and Andrej Kramarić’s heroics in Quito and Kiev.

While men watched, and the heavens stood still, both Argentina and Croatia celebrated qualification as they subconsciously completed the quartet of what would, in December 2017, become known as the disputed group of death.

For the South American nation, it wasn’t a question of group stage qualification, but whether Messi would eventually shake hands with Putin and celebrate with his teammates in Moscow. The internet doesn’t forget.

Yet, for Croatia, and Iceland, and for Nigeria, was it not the theme of ‘battling for 2nd spot’ that echoed through their mortal minds?

If you’re going to try, go all the way. Otherwise, don’t even start…

Russia’s desolation of Saudi Arabia on day one was supposed to be the eye opener, but it wasn’t. Not until Iceland held Argentina to a frustrating one-all draw did pundits start connecting the dots……… all tournaments have varying layers of shock, but FIFA World Cup 2018 didn’t understand the language of illusory expectations, only for grit, persistence, and probably VAR did she lose herself in wild romance.

In the Group of Death, only Croatia came in through the back door (Play-Offs), and while Eiður Guðjohnsen’s prophecy of Argentina’s and Croatia’s group stage success came through, the former Chelsea striker would have questioned predictions of how events eventually shaped up.

Of course, Marcos Rojo struck late to send Nigeria home just when they thought they had it, and in Kazan, Sampaoli’s men had started well against the French, but by the time Sergio Agüero had his say in the 93rd minute, Benjamin Pavard and Kylian Mbappé had already done irreparable damage.

At this point, only Zlatko Dalić and the deep-seated relentlessness of 23 Croats remained.

As we type, there’s a five-year old Croatian on streets of Manchester reminding his English peers how Modrić and the gang stared death in the face, but deep down, he knows that his tender brain has yet to fathom how his heroes survived 360 minutes of knock-out football and a penalty shootout, to book a showdown with France at the Luzhniki.

Denmark, Russia, England may have an idea. But Nigeria, Iceland and Argentina will be too occupied with debates of what could have been that they’ll hardly want to hear the word Croatia.

For Antoine Griezmann and Kylian Mbappé, the ecstasy of netting for Les Bleus in emphatic victories over Argentina (4-3) and Croatia (4-2) will endure for eternity, but when tales of Russia 2018 will be whispered in elementary classrooms across Europe next summer, it is Croatia’s dominance of the group of death, what followed, and the lessons learned from Iceland, Nigeria and Argentina’s disappointing runs, that will inspire the next generation of Modrićs and Mandžukićs.

“If you’re going to try, go all the way. Otherwise, don’t even start….

Isolation is the gift. All the others are a test of your endurance, of how much you really want to do it. And, you’ll do it, despite rejection and the worst odds. And it will be better than anything else you can imagine.

If you’re going to try, go all the way. There is no other feeling like that. You will be alone with the gods, and the nights will flame with fire. You will ride life straight to perfect laughter. It’s the only good fight there is.”