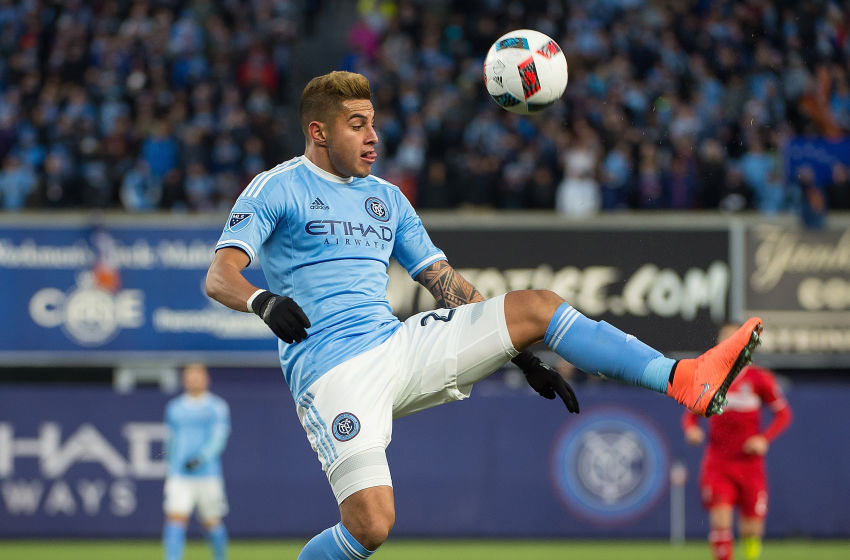 After producing Joel Campbell, Bryan Ruiz and Keylor Navas, it appears that Costa Rica’s next top prospect is Ronald Matarrita. 22-year-old had a fine debut season for New York City FC in 2016, and will try to carry that success into 2017. While it is not easy to make a name for yourself when you have David Villa, Andrea Pirlo and Frank Lampard stealing the show, Matarrita announced himself as one of the biggest prospects in the league last season. While becoming one of the most respected fullbacks in MLS, he was also named to the 2016 CONCACAF XI, the only MLS player to do so this past year. Despite interest from Borussia Dortmund and Hamburg, the Costa Rican will remain in the Big Apple for the 2017 season.

When Patrick Vieira came to New York City, he immediately targeted Matarrita, making sure he got the player he wanted, and the Tico returned the favor with a sublime debut season. Matarrita is naturally a left back who rarely changes position, but he can play left wing if needed. Vieira tends to go “all-out attack” if NYCFC find themselves down a goal with under 10 minutes to go, and with Matarrita’s ability to play further up the pitch, it saves the Frenchman a substitution when switching to this high-tempo attack. While he is not known for his goal scoring ability, Matarrita did grab his first and so far, only goal for NYCFC when he tucked home a loose ball in the box vs. eventual MLS Cup Champions Seattle Sounders. Matarrita is an extremely hard worker on the pitch, shuttling up and down the left flank until he finds himself out of breath after the final whistle. While he is a very attacking fullback, it doesn’t seem to affect his defensive duties due to how quick he gets back in position to ensure his teammates don’t have to cover for him. The Costa Rican’s offensive proficiency allowed for him to grab 5 assists in the 2016 MLS season, only 1 behind the top of the list for defenders, his opposite fullback, RJ Allen. Matarrita’s very high work rate in both halves of the pitch should be enough to tire any player out, but not him. While it may seem as if Matarrita is much better attacking than he is defending, Matarrita times his challenges perfectly. No matter how high up he is, he’ll be found putting a foot in to disrupt play. While this may appear to be a very dangerous game, Matarrita has an extremely clean record with the refs. For a player running up and down the pitch for 90 minutes, putting a foot in to slide tackles and stopping dangerous counterattacks, Matarrita has never received a red card in his professional career.

Like most CONCACAF defenders, Matarrita loves to tackle. Fortunately for him and his teammates, he is very good at it and has never forced his team to play down a man. This is perhaps his most underrated attribute. While he is already regarded as one of the best attacking fullbacks in MLS, he is also a very good tackler who never gives up on plays. This is something that simply just can’t be taught. Most people don’t change, if you had great work ethic growing up, players tend not to lose that trait no matter what. Facing off against Orlando City in August, when Kevin Molino of Orlando City had dribbled around the NYCFC keeper and had an empty net to shoot at, Matarrita’s pace, work rate and never-say-die spirit allowed him to make a spectacular goal line clearance to keep his club in the game. This is definitely the best example of the Costa Rican’s willingness to work hard for his club and never give up on the play, even though there are many examples. As NYCFC hope to grab their first silverware in club history, Vieira and the fans know that Matarrita will have to play a big part in that. If he plays as well as his debut season, he could find himself moving to Germany in 2018.