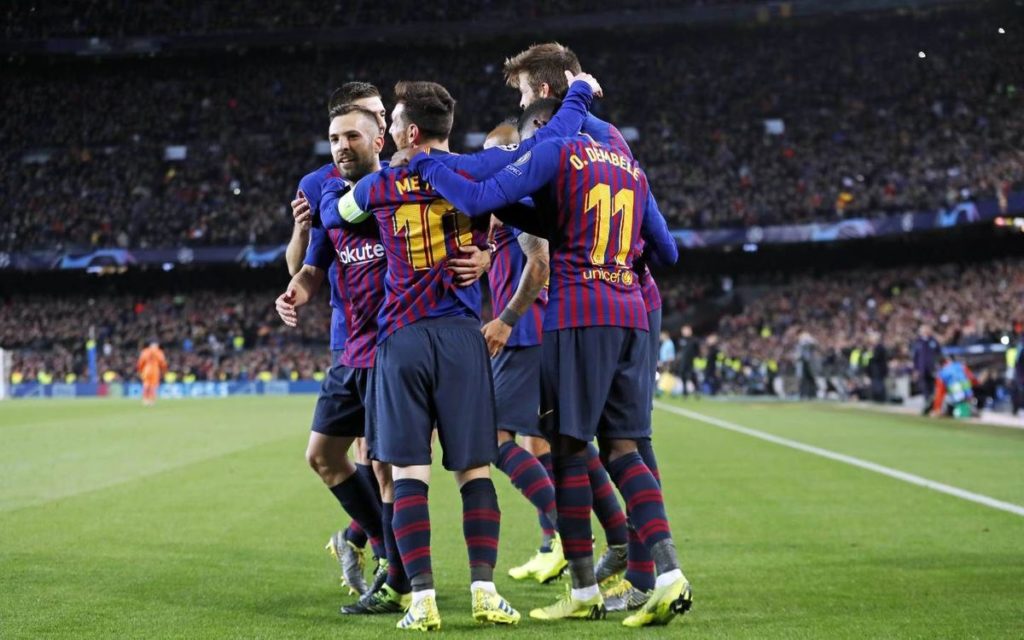 ZL: What have you made of Barcelona’s form this season?

EG: It’s been fairly good apart from the “week of madness” which was basically 2 draws and a defeat to Leganes. Some of the performances could have been better but I don’t think there is a lot to complain about on the whole.

ZL: Do you feel that Barcelona are going to slip up at some point?

EG: If they are going to, it’s going to be against Liverpool. It’s probably the most important game of the season against a very good team in excellent form but I’m quietly confident we will win.

ZL: What makes you confident that you will beat them?

EG: No one thing in particular but it’s just a general feeling I get from watching recently, especially in the UCL. Messi did promise the UCL was the target in pre season and I believe him 100%. I think they are very determined to win it and truly banish what happened last year.

ZL: What are your predictions for today?

EG: 2-0 Barça. That’s me being optimistic. I think Liverpool are very very dangerous. They attack and press in exactly the way we have struggled against. If we can negate the press and keep the very attacking fullbacks on the back foot I think we will cope.

ZL: What do you think is Barcelona’s biggest concern against Liverpool?

EG: Probably the high aggressive constant pressing. Our midfield has definitely not been press resistant in recent times. As much as the front 3 of Liverpool are excellent, I am quite concerned about TAA and Andy Robertson. Mané vs Sergi Roberto is problematic but Sergi Roberto vs Mané and Robertson is terrifying. Hopefully whoever plays, Roberto or Semedo gets a lot of back up.

ZL: Do you expect Arthur to start over Vidal?

EG: Yeah, I do. I think Arthur will be the natural choice for the home leg. I expect Vidal to start the away leg and for him to come on around the 60th min when Arthur starts to tire. I fully expect Valverde will go Gala XI with the only decision being Coutinho or Dembélé.

ZL: Who would you start between Ousmane and Coutinho?

EG: Dembélé all the way. Coutinho has been better recently but it’s still below what’s required. I think we need to really take it to Liverpool at Camp Nou. Dembélé’s pace will be more helpful in beating the Liverpool press and and keeping the fullbacks occupied with defending. Coutinho wouldn’t offer the same threat but I fully expect him to start the away leg at Anfield.

ZL: Who would you go for between Semedo and Roberto?

EG: Semedo for the pace and all around better defensive abilities. He doesn’t offer the same in attack as Roberto but I think he’s improving rapidly in that area. If Roberto does start, he’s going to need a lot of support, he is capable with strong backup, he proved that against Real Madrid but I think Semedo is better positionally and we will need that in this tie.

ZL: Do you have any worries about Suarez being fatigued going into this draw?

EG: A little bit but Suarez nearly always plays his best in the big games. He hasn’t been rested as much as I would have personally liked but I’m sure he will run himself into the ground for the cause.

ZL: Do you feel that Valverde has improved since Roma?

EG: Oh yeah absolutely. I think that’s pretty clear to see. He’s definitely learnt from the mistakes from last season and even as the season as progressed. He’s rotated the squad much better, he’s tried to include more of the young players and his substitutions have been more reactionary in a good way this season, more in tune to what is happening in games.

ZL: Do you think Messi has helped from added rotation?

EG: Yeah I think he has definitely benefitted from more rest. Even if it’s just 45 mins, it all adds up. He looks fit, healthy, sharp. I think almost everyone in the squad looks in pretty good shape right now, especially for this stage in the season.

ZL: What have you made of Coutinho in the past few weeks?

EG: Better but I’m not quite sure if that’s enough. In my opinion, it brings him up to the bare minimum we expect. I hope the prospect of playing against his former club brings extra desire to play his best. I’m just skeptical, I don’t think he has improved enough to be an immediate starter.

He’s started more games than anyone else in the squad and not contributed nearly enough. It’s incredibly frustrating to watch. I want to see him tracking back and trying his best to create something for the team instead of being at walking pace to get involved. We need to see full maximum effort every game.

ZL: What do you think he needs to become a success at Barcelona?

EG: I wish I knew. I don’t know if it is just being played out of position because when he has started in his favoured role he’s been equally unimpressive. I don’t know if it’s the price tag or the pressure that playing for Barça brings and he’s struggling to cope with it but what is definitely not going to help is antagonistic celebrations of goals to the Camp Nou crowd.

I hope he can improve to the required level but it’s feeling very unlikely at this point.

ZL: Do you expect him to leave this summer?

EG: Yeah, I think he will stay. I don’t think the club will want to take the financial hit on him yet. Personally, I would sell him and use that money and space in the wage budget to bring in a striker which is something we are desperately in need of.