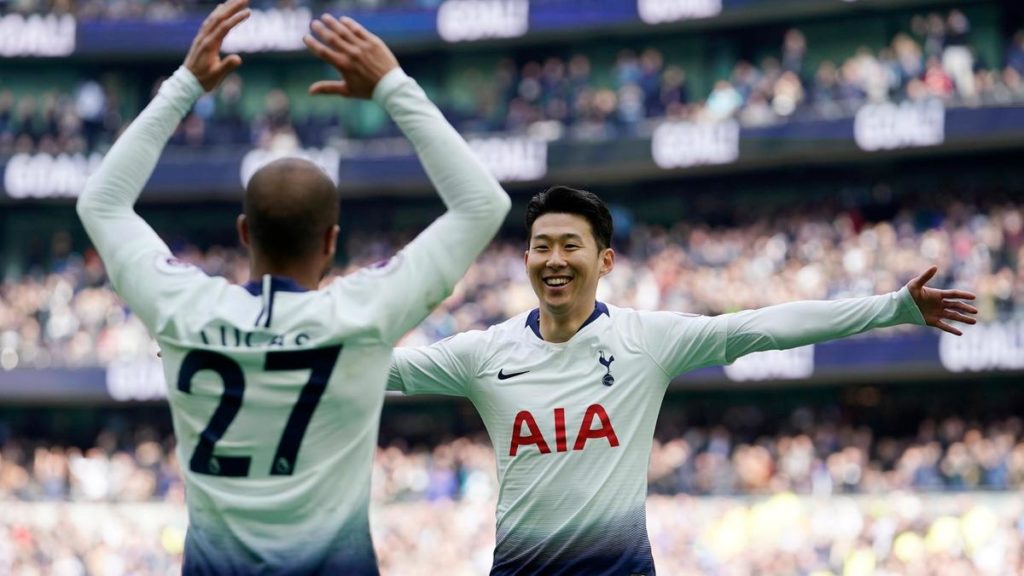 ZL: Spurs have had 3 defeats in their past 4 games. Have they gone asleep at the wheel?

AG: It’s not a question of falling asleep but rather ‘resting our eyes’ as focus switches to the Champions League. It was a massive, massive gamble to essentially put the PL on the backburner but thankfully the general lack of consistency amongst the others below City and Liverpool has allowed Spurs to escape without any real punishment.

The squad is decimated by injuries and those not on the shelf are running on empty. West Ham was essentially an exhibition. If they go through, all will be forgiven, but Spurs have to make sacrifices to stand a fighting chance against a tireless Ajax side playing without fear.

ZL: Do you expect Moussa Sissoko to return for either leg?

AG: He’s returned to training and with Winks out, he has to play. There’s no point holding him off for the second leg or to regain fitness in the Premier League. Sissoko makes the midfield tick and without him, Spurs’ chances of progression drop massively. Dier and Wanyama can’t match his driving runs from midfield or his ability to get up and down the pitch all game.

If he physically can’t play it means dropping one of Alli or Eriksen deeper and both have struggled when used there. I’d be very surprised if Sissoko doesn’t start tomorrow.

ZL: What are you expecting in terms of a gameplan with Son and Kane both out?

AG: I know people might be expecting Llorente to start but I hope Poch will just swap Lucas in for the suspended Son. He likes to have an attacking option off the bench and Llorente has to be saved for that when Lucas runs out of steam. No doubt Spurs will stick with three at the back, even if it hasn’t quite worked as of late, to help cover the weak midfield.

Alli and Eriksen further forward to play just behind Lucas. Going direct to the little Brazilian, who is surprisingly very good in the air, as well as Alli might work as Ajax are likely to control possession. It’s a huge game for Eriksen as he’s the only real creative outlet on the pitch for Spurs. And they have to be ruthless, just as they were against City, and that means keeping a clean sheet.

ZL: Do you expect Ajax to be in control, and have more opportunities going forward than Spurs?

AG: I think due to Spurs’ injury problems, yes. If it was the first choice XI then my answer would probably be different. Spurs are better pouncing on the counterattack at the moment but they need to eliminate those individual errors at the back which, at this level, are going to be costly every time.

I think due to Spurs’ injury problems, yes. If it was the first choice XI then my answer would probably be different. Spurs are better pouncing on the counterattack at the moment but they need to eliminate those individual errors at the back which, at this level, are going to be costly every time.

ZL: Going back to the past few games vs Brighton and West Ham, does that form not concern you? Do you think we will see a markedly different Spurs vs Ajax?

AG: The performances were concerning but less so after the chasing pack tripped over the final hurdle too. Spurs will be a different animal in the Champions League and all these players, whether they stay at the club or not beyond next season, want to win this competition. You can dream about lifting the most famous trophy in football at the group stage but when you reach the semi-final, it suddenly becomes a genuine reality.

It’ll be the best performance Spurs can produce with those available to them. Whether it’ll be enough is a different question, but it won’t be another Brighton/West Ham.

ZL: Last time we talked, there were questions about Eriksen’s form. Has he turned it around since then?

AG: Not really. He scored the winner against Brighton but he was largely anonymous in that match too. There’s obviously an issue with the unit, the collective at the moment so perhaps he can be forgiven for part of his recent dip. But if Spurs are to progress they need him to rediscover his best form.

Whether that’s just a couple of defence-splitting passes, it doesn’t matter. He’s so crucial, more in the absence of Kane and now Winks, in that he’s the most creative player in Spurs’ squad. Ajax will know all about him and try to shut down his influence but likewise, he should know how to combat that.

ZL: Do you think the possibility of a transfer is weighing on his mind?

AG: It’s hard to tell but looking likely he will move on. He’s been sensational at Spurs from the moment he joined. It breathed new life into Vertonghen who has excelled alongside his former Ajax teammate.

Losing Toby would be a massive blow but I understand it too. If the money on offer elsewhere is simply too good to turn down – looking at Man City here – then it makes sense he’d take it and probably add a few trophies to his collection, one which deserves a little more glamour than it currently has.

If he was going to stay I think there would have been some movement already. When Spurs extended his deal – thus invoking his release clause – it felt like the club was admitting defeat in their attempts to change his mind.

ZL: What have you made of Victor Wanyama since his return from injury?

AG: A mixed bag but that’s to be expected for someone who has missed so much football. I don’t think he’s quite ready to hold a midfield together by himself yet but alongside Sissoko he can be an asset. His tackling is improving but his on-the-ball decisions can often unsettle the team and create chances for the opposition. He was ‘rested’ at the weekend so he should start tomorrow night.

ZL: Do you feel he deserves to start over Eric Dier?

AG: Yeah. Dier has really struggled this season, not helped by his own injury problems. Ajax are going to be slick, fast and play it around with ease. With the current level of Dier, which is quite sluggish, it would just see them run rings around him. He’s someone that is really paying for England’s long run in the World Cup and subsequent international appearances when coming back from injury.

ZL: What are some weaknesses that you expect Ajax to target?

AG: Aside from the weakened midfield, which is less weak if Sissoko plays, has to be at right back. Trippier is another England player enduring a (long) World Cup hangover and Serge Aurier remains injured. Juan Foyth has slotted in recently and did a great job shutting down Sterling in the Premier League but wasn’t as successful against West Ham. Davinson Sanchez’s inconsistent form might see Ajax try and get in behind to test any lingering nerves also.

AG: There’s a popular #PredictPoch challenge amongst Tottenham fans due to how difficult it is to guess what Poch will do. If I had to guess I’d say: Lloris; Trippier, Alderweireld, Vertonghen, Sanchez, Rose; Wanyama, Sissoko; Eriksen, Alli; Lucas.

ZL: What’s one way you think Spurs can catch Ajax off guard?

AG: I think the key is getting Alli up and beyond Lucas. It might not be as pretty as finishing off a 42-pass move but Spurs option to go long might catch Ajax out. Lucas’ speed, Alli’s ruthlessness and Eriksen’s creativity is the new attacking trident Spurs fans must put their faith in. Set pieces could also be crucial as Ajax seem to struggle defending them.

ZL: Do you expect Alli to play as the 9 or Lucas?

AG: Lucas will be at 9, if my prediction is right, with Alli just behind.

ZL: How has Lucas done up top previously?

AG: He often plays in a two-man strike force alongside Kane or Son. That might be why Alli pushes up really high to help him out.