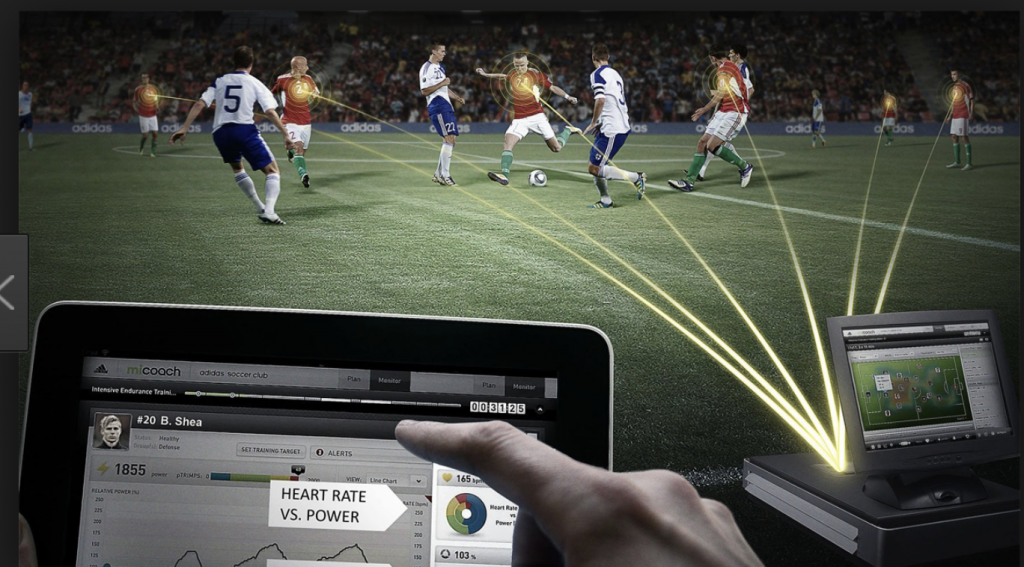 Can you describe an orchestra? If you were asked to describe your favorite Beethoven piece, or an original Jackson Pollack painting? You can’t. There is an element of fire and passion about them that are immeasurable and indescribable. The intangible parts of the art are what arguably make it the most beautiful.

In a world increasingly dominated by statistics, we are losing the significance of the intangibles in football. The qualities that can’t be put on a stat sheet can sometimes be the most important when it comes to influencing a game. There is a rising tide of thought that a stat sheet can tell all and understandably so to an extent. Numbers are tangible and easy to use for comparison on important matters to the game, but sometimes they fail to paint the whole picture when it comes to how important a player can be. There’s a beauty to the chaos of the brushstrokes. Calculated randomness, fluidity of a decision made at a moments notice, these are what make our game so beautiful.

Ngolo Kante is the prime example of this. With Kante, you have a player whose off the ball influence has won him two titles in two seasons. Arguably the best defensive midfielder in the Premier League for quite some time, people need to take their heads up from the numbers on a piece of paper to watch his talent. You can’t write down how good he is. He doesn’t have the goals or assists, but he makes the whole team around him flow like clockwork. He makes the jobs of everyone else in the Chelsea squad so much easier. He did this with Leicester City last year as well.

Looking at just statistics takes away part of that creative aspect of the game. Looking just at statistics for a football match is like getting someone to go look at a Van Gogh and then describe it to you. They might do a pretty good job at the overall concept, but they would miss all of the crucial small details that make it so beautiful to look at. Football is art in the sporting world. Each match paints a picture that can’t be recreated. In a world where statistics and big data are taking over, we need to preserve the artistry that our game brings.

The increase of statistics in our game isn’t inherently a bad thing. Being able to analyze numbers and compare data brings insight that we haven’t had before, and shouldn’t be undervalued; we should utilize the technology we have at our disposal. The sport should just be careful of falling into a statistical dystopia, where numbers matter over mentality.

Johan Cruyff spoke on this topic with his signature demeanor. He pointed out, “I find it terrible when talents are rejected based on computer stats. Based on the criteria at Ajax now I would have been rejected. When I was 15, I couldn’t kick a ball 15 meters with my left and maybe 20 with my right. My qualities: technique and vision, are not detectable by a computer. “

Numbers and statistics attempt to bring structure to a game where structure constantly battles with fluidity. The pragmatics and the romantics, otherwise known as Pep Guardiola vs. Jose Mourinho, drive this debate to which is more important. Pep’s mesmerizing style is the epitome of art in football, while Jose would rather burn the books that disagree with his pragmatic style. Either way, football is more of a mental game than people make it out to be. Andrea Pirlo, another great artist of the game said, “Football is just played with the head. Your feet are just the tools.”

There are plenty of players that can run a game with extraordinary influence without being dominant on the stat sheet. As mentioned earlier, Ngolo Kante deservedly won Player of the Year in England, but without watching him very much, you might not think he deserved it. Midfielders in general bear the brunt of this statistical influence on the game. Ander Herrera is another one of those midfielders whose stat sheet doesn’t tell the whole story, and arguably Paul Pogba has suffered from the same false criticism. On the defensive side, Cesar Azpilicueta went as one of the most underrated defenders in the world until recently, and Antonio Valencia still flies under the radar after a successful spell this season at right back.

Can a player be overrated by statistics though? As the saying goes, “numbers don’t lie,” but the interpretations of those numbers are what matter. Some players at the top clubs face this scrutiny, and while the numbers say they are a good player, watching them play might tell a different story. Jose Fonte was part of a Portugal squad that won the Euros and a successful Southampton back line that earned plaudits throughout the Premier League, but his move to West Ham, showed frailties in his qualities. While Southampton might not be able to compete with a Real Madrid in terms of squad depth, this argument still works.

Statistics are a great advancement for any sport and especially our beautiful game. We just need to make sure we are smart with how we are interpreting the numbers that show up on our screen, whilst looking into the gameplay to analyze as well. We call football the beautiful game, and use descriptors like “poetry” and “art” to accentuate. You can’t put numbers on beauty, so make sure you look up every once in a while. Keep our game beautiful.