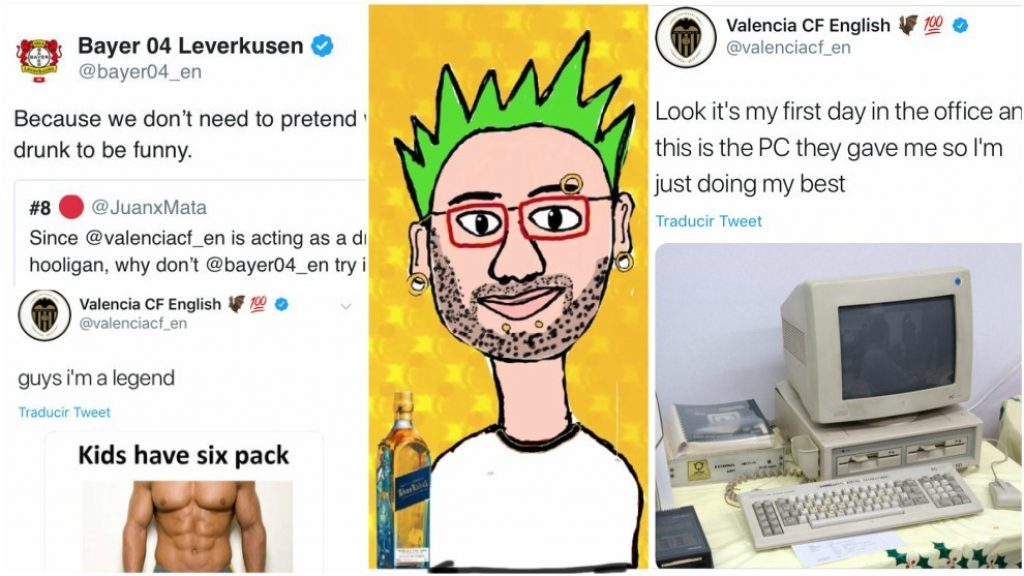 The era of social media has seen the influence of football clubs take precedence over real-world incidents. But with more and more clubs wanting to expand and promote themselves in the online world, its influence has been mismanaged. Rather than using social media to align fans and players in one place, clubs have used it as a tool for their ulterior motives and publicity needs.

Yet despite this obvious obsession to compete against each other in the online world, there used to be real optimism in the early days that social media could be a platform for positivity. Clubs began to use their official accounts to promote equality, playing their part in helping alleviate gender and racial bigotry – and echoes of this are still seen today.

The Manchester City official men’s twitter account posted their men’s and women’s League Cup successes in a brilliant video that brought the two sides into unison. Meanwhile, Scotland’s men’s Twitter account continues to tweet in support of their female counterparts as they reach new heights. In doing so, clubs began to connect with their fans in the online world in a way they had never done before: by using the power of social media to address and challenge real-world issues in a pragmatic way.

But that understanding led to a more corporate realisation. Clubs became aware of the fact that investing in social media had the power to gain them more global traction and publicity. They began to stray away from their initial intentions of benevolence and adopted the perception that any publicity was good publicity if it led to more attention.

What’s more, clubs came up with increasingly bizarre ways to achieve this, including directing self-deprecating mockery at their own teams in the aftermaths of defeats. The German club Schalke put themselves in the limelight for doing this when their official English Twitter account changed the numerals in their title to ‘05’ after losing 5-0 earlier against Manchester City. Mainz’s English twitter account did something similar after Bayern mercilessly smacked them 6-0.

The line between what was acceptable to post and what wasn’t became blurred, and this was bound to result in negative consequences. Bayer Leverkusen became the guinea pigs for this in a spat that involved their former number one Bernd Leno – now an Arsenal player – and the Gunners’ keeper Petr Čech.

The German side posted a witty tweet favouring Leno over Čech which led to an angry response from Čech. While the tweet was shared over 2,000 times online, the prognosis of this little experiment became clear: clubs will attempt to gain publicity at all costs, challenging professionalism, sportsmanship and etiquette if needed. And despite the fact that the Die Werkself apologised to Čech, the damage was done.

From then on, things have only got worse. Clubs, not wanting to sound like corporate PR machines, have begun to use stranger tactics in an attempt to remain up to speed with online millennial content. In every example, these tactics have led to unfavourable results playing out, yet clubs continue to follow the same rhetoric. The kind of rhetoric that Valencia’s official Twitter account tried to emulate when they handled the social media helms to their ‘newest intern’ for a day.

The Spanish club envisaged a day of tweets that appealed to a more younger audience. Instead what ensued was carnage.

On November 16, with international break causing tedium throughout the broader footballing world, Valencia handed their English Twitter account to an intern. The intern posted unoriginal, cliché memes about flat stomachs, alcohol, and ended up pretending to be a drunk teenager on vacation in spring break.

Other clubs responded immediately to this change in topic, particularly Bayer Leverkusen, who did not appreciate the subject matter.

The intern attempted to swap some banter but Leverkusen called out Valencia for simply chasing followers. Eventually, the helms were passed back to more experienced heads who apologised profusely for the intern’s antics but the evidence was already damning.

“Wou SPEECHLESS, we are very confused and not sure what to do with this intern. Anyways thank you all for showing him some love and support BUT I’m glad to be back.”

This particular experiment-gone-wrong proved that clubs really have crossed the line between what should be made public, and in doing so have struck a chord by discussing serious topics such as alcoholism with nonchalance.

Yet, booze isn’t the only talking point that has led to clubs being called out online. More recently, Juventus’s official Twitter account was criticised by many for tweeting in support of their number seven, Cristiano Ronaldo, while the Portuguese star was in the midst of rape allegations. Juve’s tweet hailed Ronaldo as showing ‘great professionalism and dedication’, despite the fact that he is yet to be cleared of the charges.

Both Valencia and Juventus fueled the argument that football club accounts should stick to football – if the alternative is controversies as aforementioned then maybe it’s for the better. Such tweets only create division when it’s clear that social media has greater power in uniting people.

So, if these clubs are going to gain any traction in the online world, they have to avoid the single-minded approach of self-promotion and attraction via controversial content. These accounts are meant to allow fans to interact with their clubs on a much deeper and introspective level, not descend to self-deprecative mockery. The content published has to reflect the former, and not the latter.

If anything, if these clubs are to gain more global recognition online then they have to redirect the focus away from their own needs and back towards the one thing that keeps them going: the fans. Do that, and they will have the undivided focus of those who have sustained them for so long, whether that be in China, India or Torquay.