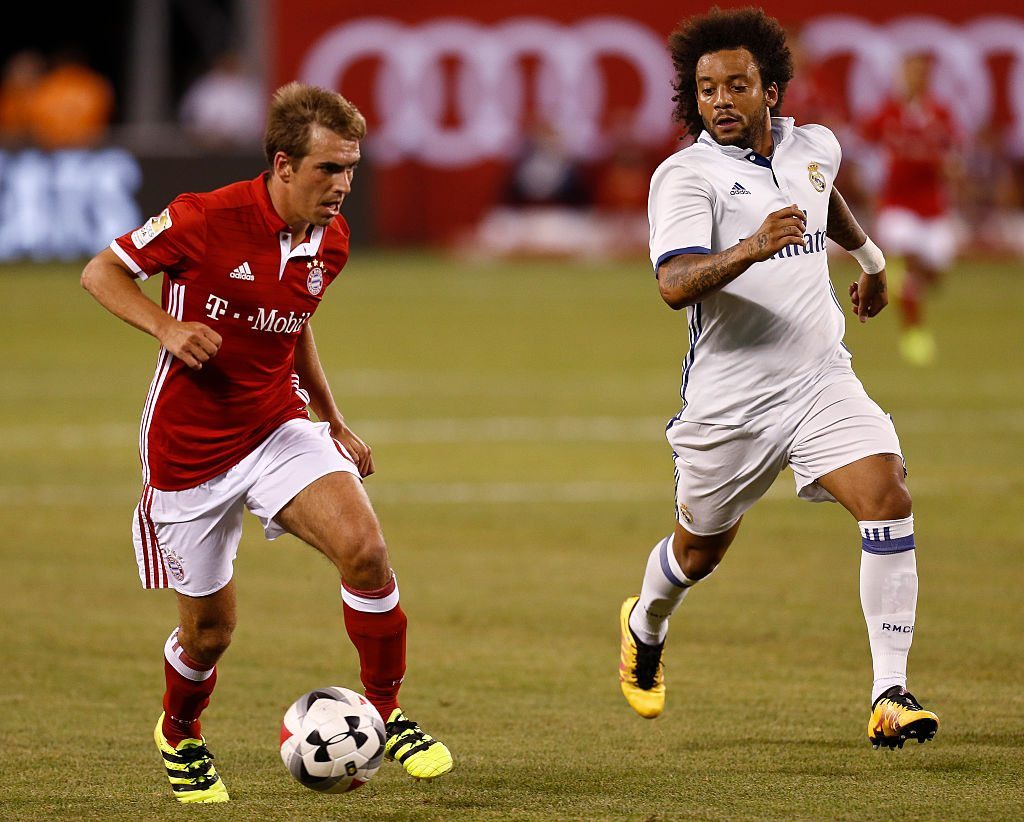 Evolution is a necessary element of our world. A faster cheetah catches more antelope, and a faster antelope escapes more cheetahs; this dynamic relationship between the two animals creates two of the fastest animals on our planet. You have to adapt to stay alive, and the traditional fullback is having to do the same with the transformation we are currently seeing in football.

We didn’t see fullbacks come into existence really until the mid 1950’s. Arsenal’s famed manager during the 1930’s, Herbert Chapman, created a 3-2-2-3 formation that became extremely popular and dominated the years before and after World War II. Commonly referred to as the “W-M” formation because of the way the back five and front five appeared on the field. The back three of that formation were not outside backs as we know them today, they were still confined to their more central roles, similar to how Antonio Conte’s central defenders play. The real difference though, was that the flanks were left bare still. The first appearance of what we refer to as modern fullbacks doesn’t appear in prominence until the 1958 World Cup, where a formation that had been tested for a while in the Brazilian National league made it’s debut with flying colors. The 4-2-4 that Brazil used that World Cup not only brought about a period of success that is unrivaled; it sparked a footballing revolution that shook the globe. European countries caught on to this, and the 4-3-3 became all the rage in the Beatles Era, even being the formation that England used when they won the 1966 World Cup. These two formations brought us the traditional fullback position that most have us have grown up with.

As the position grew, finding the right full back became a challenge for any team. The evolution of the position came before the perfect player was found to play there, leading to a defense first mentality for the managers looking to fit their mold. The hero for almost any full back became Carlos Alberto, who wrote his name in legend after scoring one of the greatest World Cup goals of all time. Overshadowed by Pele at Santos, he quietly cemented his status as one of the all time greats of the sport, paving the path for future outside backs and carving his name in stone. He was the first of his kind, the first mutant to start the next stage of evolution. Often times this is how evolution begins, one seemingly out of the blue change can impact the course of history. Future outside backs would look back to Carlos Alberto as the one who started this switch. Before then, outside defenders were often looked at similarly to how we look at central defenders when they make a bursting run forward: with surprise and excitement. Now seeing an outside defender make a run forward seems like second nature in the game.

A tug of war then ensues between what we call “defensive” fullbacks and “attacking” fullbacks. It wasn’t uncommon to see an outside back who could also play centrally, with examples like Puyol, Cafu, Paolo Maldini, Javier Zanetti, and even Branislav Ivanovic being outside defenders who could occupy the central role. Even more attacking fullbacks like Roberto Carlos had to have the “defense first” mindset. As more formations came into prominence, managers still struggled to find the perfect fullback. The mold was there, but forming the pottery of the position was something that almost no one could master. A master potter makes a curved vase with sheer precision and almost a science to where, and to what degree, the vase curves as it sits on the spinning wheel. Most often, teams would have fullbacks who excelled at getting forward, but would be suspect at the defensive side of the game. The vase was too narrow; the lines weren’t sharp enough. On the contrary, teams would have players who functioned way more defensively, and as a result their attacks could lack some prowess. Ashley Cole perfectly encapsulated this mold. He fit perfectly as a defender, being able to shut down the world’s best wingers while also contributing to the attack immensely.

The saying, “football is played with your head” can be translated to the fullback with ease. Each moment a decision can be made to run forward or offer support defensively, only the top outside backs master this problem solving technique, and the modern fullback has had to deal with this more than ever. Fullbacks almost have the attacking side of the game as the main part of their job description.

Progressing more recently though, there has been the next revolution of the position. If we have had the modern fullback, then the era we are entering is developing the “post-modern” fullback, completely reinventing the position. Five at the back systems have been in place before, but are just now seeing their rise to the top of the world’s game. Because of these systems, fullbacks are almost being replaced with outside midfielders completely. The next evolutionary step in our beautiful game is to mold these players even further forward. This is why we are seeing more and more midfielders changing roles to play defensively. The next ‘mutant’ to spark these round of evolution is Dani Alves. The Brazilian has made new architecture with his clay, and fullbacks are headed towards being indistinguishable with midfielders.

Antonio Valencia has made this transition seamlessly from blistering winger to composed fullback. David Alaba can player anywhere on the pitch, Jordi Alba could burst forward as a winger, and the two outside backs for Nice, Dalbert and Ricardo Pereira, could play further forward as well as midfielders. Arsenal’s new signing Sead Koalasinac can play at left midfield as well as left back. In the Premier League, Cedric Soares and Ryan Bertrand for Southampton have both spent a little time at outside midfield. Victor Moses was traditionally a winger for several years before he made the transition to outside back while his compatriot Cesar Azpilicueta moved to central defender because he wasn’t attacking enough. A piece on outside backs can’t be complete without mentioning Dani Alves and Marcelo as well, who are the exceptions to the rule. They are the perfect modern fullbacks.

Evolution may be a necessity, but life is also cyclical. As the saying goes, “What goes around, comes around,” and we are starting to see the signs of that. Before the classic 3-2-2-3 formation mentioned earlier was a 2-3-5 formation that all teams used in the first World Cup in 1930. Astonishingly, almost 90 years later Jorge Sampaoli has fielded the same formation in Argentina’s most recent match against Singapore. Tactics change with style, and there are only a finite number of successful formations you can have on a football pitch. The traditional fullback that many of us have grown up with seems to be dying, but that isn’t a bad thing. It’s just the next step in our evolutionary adaptation of the sport.

This doesn’t mean that fullbacks don’t have their place anymore. Evolution is a slow process, and it takes generations to feel or even see it’s full effect in the slightest. Players like Dani Carvajal, Filipe Luis, Lukasz Piszczek, Juanfran, and Seamus Coleman can be extremely successful in the world of football, but the only way for these players is up. Adaptation is the way forward, and these players are developing to play different positions. Modernism is headed towards post-modernism, and there is nothing we can do to stop this.