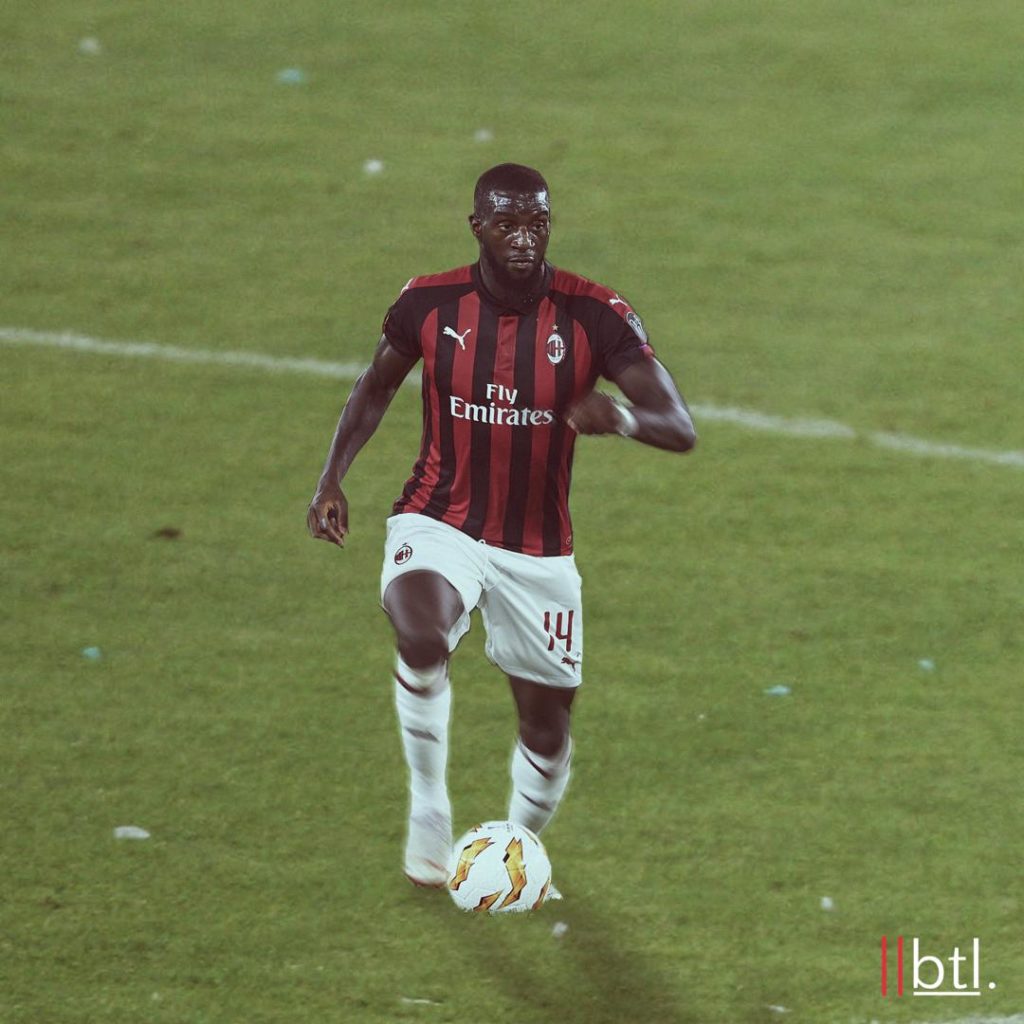 He was a rising star and an integral part of Leonardo Jardim’s Monaco, he conquered Ligue 1 and advanced to the Champions League semi finals. He made his international debut for France in March 2017 to face Luxembourg and Spain, after Paul Pogba was injured in training. He was one of the most sought after players in France. He then took the next step and joined Chelsea, where he never found a place – or himself.

There was plenty of skepticism in the broader footballing community when Tiémoué Bakayoko joined AC Milan last summer. The young Frenchman had failed to impress in his first season at Chelsea, and it seemed as though the Blues had bought the one ‘dud’ from a cast of superstars in the making.

As a contrast to Monaco’s title-winning 2016/17 season, very little went Bakayoko’s way in England. He did have glimpses of class in some performances, but it wasn’t enough to change the narrative. He struggled to adjust to the demanding nature of the league, and he failed to carry over his form into Antonio Conte’s system. He couldn’t stay focused, he lost the ball in dangerous areas; he looked like a fish out of water. The qualities which made him stand out in Ligue 1 were nowhere to be found in the Premier League. Eventually, Chelsea fans started turning on him, and it wasn’t long before the manager did too.

What kind of player is Tiémoué Bakayoko?

Similar to Declan Rice or Fernandinho, Bakayoko is most aptly described as a ‘midfield destroyer.’ Jardim praised his ball-winning ability, noting:

“He wins a lot of balls, has good work rate and he brings balance to the team. He passes the ball well and wins his duels. He is good at intercepting, tackling, good in aerial duels due to his physicality, and is good at disrupting the opponents’ game. That is the Bakayoko role”.

The boss of the French national team, Didier Deschamps, described Bakayoko as a “complete and athletic midfielder with the ability to manage games and provide good ball circulation within the team.”

As many players before him have proved, it is sometimes difficult to make the step up from Ligue 1 to the more intense Premier League. In France, Bakayoko had an extra few seconds to operate with the ball, a luxury that he suddenly lost in Premier League. An extra few seconds in can make all the difference at the top level of football, and for Bakayoko, that lost privilege saw him lose his identity.

In such a quick, intense league, Bakayoko was not afforded the time to find the right positioning, make the right decisions on the ball, read the game, and spread the ball. This was Bakayoko’s main Achilles heel, and he didn’t get enough time to adapt before being judged a flop by the footballing world.

Milan’s summer window was trademarked with a clean-cut start mixed with huge ambition, with the new ownership and management with Paolo Maldini and Leonardo now in charge of player recruitment. Eyebrows were therefore raised when the duo brought in a “failed” Chelsea signing instead of signing a fresher, more exciting name.

His first few months in Italy started out the same as his time in England with Chelsea. He seemed to struggled in the 4-3-3 formation that manager Gennaro Gattuso usually deploys, but he looked better in a double pivot, where he played at Monaco. At one point, there were rumors that Milan was considering cutting his loan short and sending the Frenchman back to England. He was jeered in October after his bad performances, but instead of taking it badly, Bakayoko showed self-awareness and said in an interview short thereafter;

“The whistles don’t please me, but I understand. I hope they applaud me soon. I’ve done some good things, but we’re only at the beginning. I hope to be decisive and help Milan re-enter the top four”.

And that he did. When the squad’s starting regista/DM, Lucas Biglia, picked up a long-term injury on October 31st, Bakayoko got the opportunity he needed to prove his worth.

Between then and February, Bakayoko was, without any exaggeration, one of Milan’s best players every single game. He started to dominate the midfield, he established a proper midfield balance, he protected the defense, and he became the reason why his two midfield compatriots, Lucas Paquetá and Franck Kessié, could be more offensive-minded and help Milan in the final third.

The nature of Serie A – slower and more tactically focused – seems to fit Bakayoko’s profile and preference better than the faster paced and more physical style of the Premier League. But the confidence shown in him by Gattuso has helped him tremendously as well. On multiple occasions, Bakayoko haspraised Gattuso and thanked him for his confidence and belief in him, revealing that he sees him as a father figure.

What’s waiting in the future for Bakayoko?

Besides staying at Milan for the rest of the season to try and qualify for the Champions League, Leonardo has made the club’s intention of redeeming Bakayoko public knowledge. The loan deal includes a €35 million buy-out clause, a clause that once was laughed at, but is now considered a steal. Some Italian media have already said that it’s a done deal, but Milan are waiting to see if they qualify for Champions League or not, in order to see how they’re going to structure the payments.

Speaking to MilanTV back in February, Bakayoko said:

“I feel very well, I am very happy at this stage of the season. We won our last two games and I think the squad has shown its qualities during this good run. I really like the city of Milan, I’m very happy here and I want to stay. We all have a very good relationship with Gattuso and we have the same concepts of football”.

There have been rumors that Leonardo and Maldini are trying to negotiate a fee lower than the official buy-out clause in the loan deal, but at this stage, that’s just speculation. What’s fairly certain is that Bakayoko is going to play a central role in Milan’s new era.

It’s been six years since Milan last qualified for the Champions League, but thanks to a fresh, young spine, the future looks bright at the San Siro. At just 24 years old, he is already the midfield lynchpin of Gattuso’s side, and he’s going to be the leader in the center of the pitch for a long time.

After failing to adapt under Conte, and after being frozen out under Maurizio Sarri, Bakayoko is finding redemption under Gattuso.