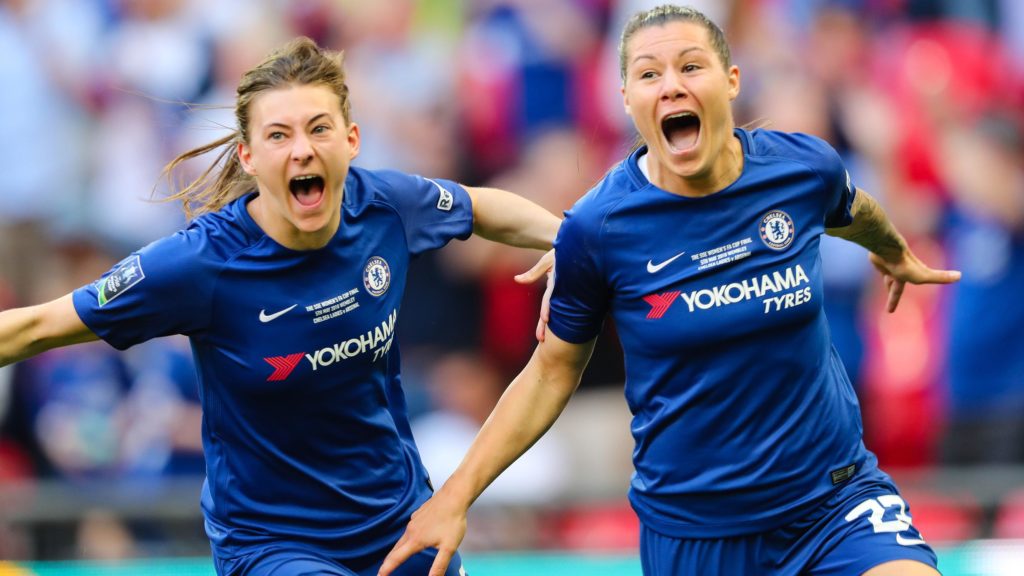 Women’s football this year has come leaps and bounds, from record-breaking attendances in the stands to record-breaking feats on the pitch – whether that be in the Women’s Super League or the La Liga.

The level of entertainment on display has been simply sumptuous and this summer, on June 7th, for fans of the sport, it will peak in the form of the 2019 women’s World Cup, hosted by France.

Luckily for us, the quality of football in global women’s domestic competitions means that we know exactly the kind of players to watch out for; we’ve seen them impress on the pitch week in and out.

We preview the top seven attacking players who could light up the tournament with their skill and talent this summer. So, without further ado…

The Arsenal forward has been in a rich vein of form this season in the WSL and with 21 goals to her name, she is on course to win the golden boot.

Yet, the 24-year-old will need to emulate these same performances for the Netherlands if her side is to reach the latter stages of the tournament – they have never made it past the last 16’s in any of their World Cup campaigns.

With Miedema leading the charge, the Oranje have a greater chance of breaking this hoodoo. What’s more, the likes of Lieke Martens and Sherida Spitse will have an opportunity to prosper and thrive on the counter in and around the Gunner’s women.

Despite her young age, Cuthbert defied criticism and doubts over her ability by playing an important role in Scotland’s qualification for it’s first European Championship in 2017, as well as for this summer’s World Cup.

The 20-year-old has played brilliantly across the season and has proved her worth in midfield behind a prolific Chelsea attack.

But while she may play the role of the provider well, her goalscoring abilities are akin to those of a striker, evident in the goal she netted against Chile in Scotland’s third to last World Cup qualifier.

All in all, while she may be young, she possess natural talent and flair that will make the Scots difficult opponents to beat.

The Chelsea striker needs no introduction as one of this summer’s hottest prospect, having led the Blues to a WSL title, and playing an important role in their World Cup preparations.

Indeed, the 2018 PFA Player of the Year holder scored goals against Brazil and Australia in the SheBelieves Cup, ensuring England top spot in their group.

Yet despite Kirby’s obvious talent and skill, her fitness remains in doubt. In the 2015 World Cup, despite scoring in the group stages against Mexico, she missed the latter stages due to injury – the same ailments have been cropping up ever since.

But make no mistake, a fit and healthy Kirby will be a force to be reckoned with.

Jill Ellis’s USA are the current World Cup holders, and leading the attacking line is Lindsey Horan. The 24-year-old has been lighting up the National Women’s Soccer League with Portland, with 25 goals to her name in 66 appearances for her side.

Despite the fact that the US team is brimming with talent capable of reproducing the feats of their 2015 campaign, if they are to reach the same peaks, Horan will have to be the focal part of their plans for the summer.

Not only is she able to adopt the role of an adept forward, but can also pull the strings from the midfield.

Given that Horan was also shortlisted for the Ballon d’Or alongside the likes of Lucy Bronze and Kirby, there’s no doubt that she will be in and amongst the goals for the USA.

The Man City forward is on par with Miedema in challenging for the WSL golden boot, with nine goals in 23 appearances this season.

Paris has thrived in positions in and around the box, turning defensive mistakes into goalscoring chances. Yet she has also shown an ability to hit teams on the counter by pressing high up the pitch – exactly the type of tactics Phil Neville’s Lionesses will need to adopt if they are to get past Scotland, Argentina and Japan.

Along with Kirby, she possesses the firepower to send England into the latter stages of the tournament by reproducing the successes of their 2015 campaign.

The Brazilian is one of many players in the squad capable of lighting up the tournament with her skill and prowess, given that Brazil are the only one of the seven nations to have qualified for every Women’s World Cup.

Aside from the famous Marta, and the magician that is Andressa De Silva, Debinha brings an ability to pull the strings and provide a presence within the attacking third that can make her impossible to defend against.

Indeed, in the 2018 Copa America Femenina in Chile, she did exactly that – there is no doubt that she could be the dark horse in a team already brimming with talent.

With Miedema leading the Netherland attack, the women orchestrating offensive moves down to individual notes and chords is none other than Danielle Van De Donk.

The ex-Arsenal player has already showcased an exceptional passing range and skill and will be able to dictate play easily from central midfield if she is given the time and space to do so.

This was evident in her brilliant performance against Switzerland in last years World Cup qualifiers that saw her side gain entry into this summer’s tournament.

Van De Donk will be the powerhouse of the Dutch attack, and they will look to operate through her.

From Wendie Renard to Khadija Shaw, there are many others who could become the players to define this summer’s World Cup. Who knows? We could be surprised by players who transform from league underperformers to international cult heroes.

But this particular crop have proved in their domestic performances that they are capable of producing high-octane, entertaining attacking displays to lead their team to World Cup glory this June in France.