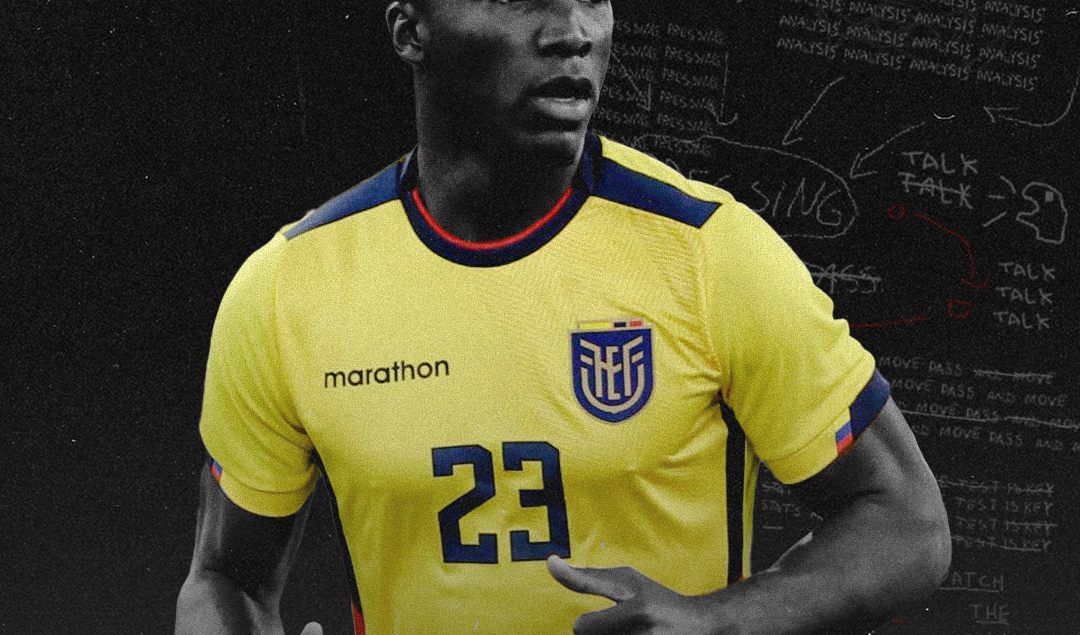 Located in the northwest of South America, Ecuador is the second-smallest country in the continent behind Guyana with a total area of 283, 561 square kilometers, roughly the size of Colorado, and it has the seventh-biggest population. Home to roughly 18 million people, the country gained independence from Spain in 1822 and draws its name from the Spanish word for the equator.

One of the 17 most biodiverse countries in the world, Ecuador’s 2008 constitution was the first in the world to legally recognise the Rights of Nature — a doctrine that states that an ecosystem is entitled to legal personhood status and has the right to defend itself in a court of law against damages caused by a specific development project or even by climate change. The Galápagos Islands are located roughly 560 miles west of Ecuador and form part of the republic’s territory.

The country’s recent footballing journey has been somewhat rocky. Chile and Peru, who both failed to qualify, attempted to get Ecuador thrown out of the World Cup for fielding an ineligible player – Byron David Castillo – during qualifying. However, both FIFA and CAS sided with Ecuador. They’ll want to make the most out of this World Cup though; they received a 3-point penalty for their 2026 FIFA World Cup qualifiers, making the next campaign potentially all the more difficult.

Despite being invited to play in the inaugural event in Uruguay in 1930, Ecuador did not make their World Cup debut until 2002. 2022 will be just the fourth World Cup that they have qualified for, having also featured in the 2006 and 2014 editions. While their first appearance yielded a disappointing exit at the group stage in 2002, failing to navigate a difficult group consisting of Italy, Croatia and Mexico was hardly a total failure.

By far their biggest success came in Germany in 2006, where they were drawn in Group A along with the hosts, Poland and Costa Rica. La Tri – a nickname derived from the country’s tricolour flag – beat Poland 2-0 and won 3-0 against Costa Rica to finish the group in second. In the Round of 16, they met Sven-Göran Eriksson’s England. They were beaten 1-0 thanks to a trademark David Beckham free-kick, but nevertheless put on a spirited showing in making the game a close one.

2014 provided another disappointment as Ecuador failed to qualify from their group, while they failed to qualify altogether in 2018. It goes without saying that this new generation of players will be keen to make their mark on a country’s footballing history.

Ecuador compete in what is probably the most difficult World Cup qualification process: CONMEBOL qualifying. Brazil, Argentina, Uruguay, Chile and Colombia provide a level of competition that is unseen anywhere else in world qualifying, while playing in places such as La Paz, at over 3000m above sea level, means that traditionally there are no truly ‘easy’ games.

Having said that, both Colombia and Chile failed to even make the playoffs for this World Cup. Instead, Ecuador took the fourth spot, finishing two points above Peru in fifth. In their last qualifying game, they drew 1-1 with one of the tournament favorites, Argentina.

Key Players and Chances of Qualifying From Group A

Brighton’s Moises Caicedo is the team’s undeniable star man. New Brighton manager Roberto de Zerbi recently called him “one of the best midfielders in the Premier League”, and Ecuador will be relying on the one-time Manchester United target to perform well if they are to defend effectively as a team.

Standing in their way in Group A are the Netherlands, reigning African champions Senegal and hosts Qatar. The Netherlands are widely expected to win the group; Senegal are rated as slightly more likely to qualify than Ecuador, but La Tri will certainly fancy their chances as very little separates the teams on paper.

If Ecuador do manage to qualify in second, they would meet the winners of Group B. With England heavily expected to win this group, we could well see a repeat of the 2006 Round of 16 match. Ecuador will be more determined and better equipped this time around, but in any case, they’ll need a win in the opening game of the tournament on Sunday.