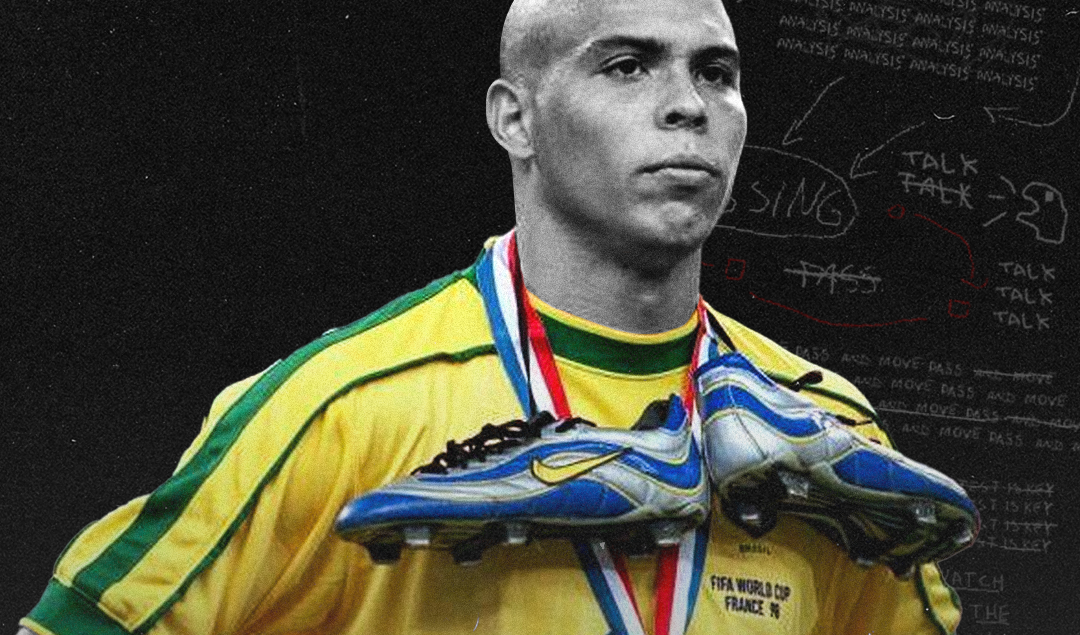 The Seleção is arguably the strongest it has been since the great World Cup-winning side of 2002. The triple threat of Ronaldo, Rivaldo and Ronaldinho ran riot that summer in South Korea and Japan. R9’s distinguished, semi-shaved hairdo inspired millions of Brazilians, including a young Neymar, to disappoint their mothers and imitate their footballing idol.

After R9 put Germany to the sword in the final, Brazilians crowded onto the streets for a relentless Samba-style party. Think Fyre Festival, only the party really did happen. The carnival spirit infused the nation. Across the country, Brazilians were united, if only through slightly peculiar tufts of hair and the glory of their beloved national team.

However, 20 years later, Brazil is more divided than ever. Economic inequality runs rife. Southern states such as Rio de Janeiro and São Paulo enjoy financial prosperity whilst the north, especially the northeast, suffers. Most notably, there is a complete political divide. The recent presidential election that ended with a run-off on October 30 was one of the most venomous Brazil has ever experienced, underpinned by fake news, defamation and violence.

Lula, as the forthcoming left-wing president is known, trumped Jair Bolsonaro by a paper-thin margin: just 1.8%. To Lula’s most extreme supporters, Bolsonaro is a ‘cannibalistic paedophile’. To the far-right, Lula is a ‘satanic communist’. No election in their modern democratic history has ever caused such detachment in the nation. Since August, seven people have been killed for their political beliefs.

Even football has become politicised in the election process. Last month, Bolsonaro encouraged his supporters to: “vote Sunday with the yellow shirt”. Unconventional, sure, but this is politics in Brazil during a World Cup year, hence conventional political practices are as practical as a chocolate teapot.

Vinicius Junior: The Brazilian Speedster with the World at his Feet

Brazil’s footballing poster child, Neymar, has firmly aligned himself with Bolsonaro. The PSG striker is synonymous with selfies, sponsorships and celebrations on Instagram but in the lead-up to the election, he inundated his 181 million Instagram followers with pro-Bolsonaro posts.

Lula accused Neymar in turn of only supporting Bolsonaro in return for tax-debt exemption. Lula’s supporters have since taunted Neymar, telling him: “you’ll have to declare your taxes!”. But, if Neymar steers Brazil to World Cup victory, you would imagine that the endless goads will turn to exclamations of ‘GOAT’, and the provocations would evolve into unbounded admiration.

The Seleção has the opportunity to illuminate Brazil. If Neymar was Iron Man in 2018, his Avengers have since assembled. Antony, Raphinha, Rodrygo, Richarlison, Pedro, Lucas Paquetá, Gabriel Barbosa, Gabriel Martinelli, Gabriel Jesus and Vinicius Jr have all emerged or exploded onto the scene in the last four years and will provide an attacking spark that was previously missing.

In Russia, Brazil scored just eight goals in five games, the same number that R9 single-handedly achieved in 2002. Ahead of Qatar 2022, however, they look explosive and exciting. In recent friendlies against Tunisia and Ghana, Tite has had Neymar, Vinicius, Paquetá, Raphinha and Richarlison, a smörgåsbord of flair and craftiness, scattered across the front five and Brazil’s most famed dancing troupe, Neymar, Vinicius and Paquetá, has performed its best M.C. Hammer impression, enrapturing fans.

Joining forces with Brazil’s version of the Avengers is their very own Mister Fantastic, Alisson. Like the Marvel superhero, he seems to have the capacity to stretch his body into whatever position he desires, entitling him to make a series of seemingly impossible saves. He has become the undisputed world number one since the last World Cup.

Startlingly, his distribution is so impressive that he boasts more Premier League assists this season than his compatriot Philippe Coutinho, an attacking midfielder. He also maintains a 40% success rate at saving penalties, a valuable differentia in a knockout tournament.

Lucas Paquetá: What Can the Brazilian Playmaker Bring to West Ham?

Just as Mister Fantastic acts as the leader and father figure of the Fantastic Four, Alisson also commands his own fantastic back four. Marquinhos and the sage Thiago Silva have formed an impenetrable centre-back partnership. Full-backs Danilo and Alex Sandro, whilst both have their critics, have a sterling record with the national side. Under the stewardship of Alisson, Brazil have an excellent chance.

Football has the power to unite nations. In 2015, after a wave of terrorist attacks in Paris, islamophobic sentiment and political division massively increased in France. Yet, in 2018, the country bonded over a love for a football team. A football team that represented France. When Paul Pogba, a Muslim of Guinean heritage, caressed the ball past Croatian goalkeeper Daniel Subašić to seal World Cup victory for Les Bleus, political, racial, and social tensions vanished, at least temporarily.

France rejoiced. Striker Antoine Griezmann noted: “That’s the France we love. Different origins, but we are all united.” The feeling of unity has gradually faded. Regardless, France needed that revelry and those memories of togetherness and unrestrained delight will long live in the minds of everyone who had the fortune to witness it.

Brazil is an incredibly divided country though the one thing that unites all Brazilians is a profound love for the nation’s football team. Winning the World Cup would not solve all of Brazil’s complex socioeconomic and political issues nor permanently unite the country. What it would do, however, is bring the country together for at least a moment of spirited madness, national pride and pure, unadulterated joy.

Although last month the esteemed yellow shirt represented Bolsonaro’s right-wing politics, this month, the shirt represents hope, glory and national pride. All Brazilians from Recife to Rio will don the jersey and concurrently grumble about Neymar and co. That seems like the first step towards harmony. In Brazil, it is only fitting that football would be the uniting force.