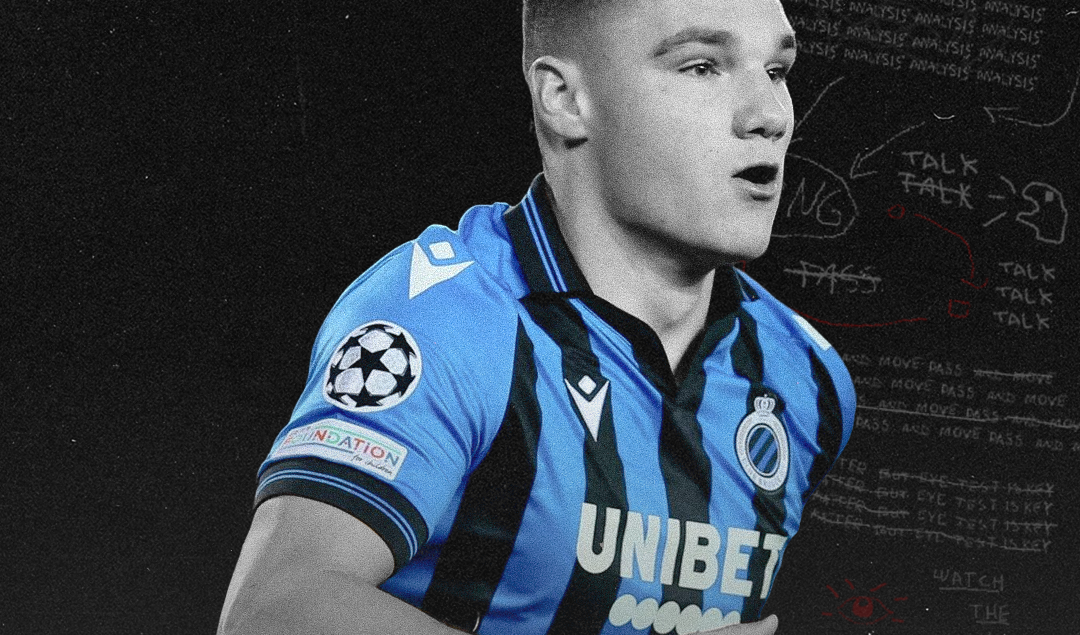 Real Madrid, Manchester City, Bayern Munich, Napoli. If I told you that all these clubs had won each of their first three games in the Champions League group stage would you be surprised? What if I told you that Club Brugge also belongs on that list? The one-time European Cup runners-up (1977/78) have not made it past the group stage since the 1990/91 season, the year before the Champions League obtained its current name, despite participating in the competition 16 times since then.

When the groups were drawn in September, many people like myself predicted the reigning Belgian Champions to finish bottom of Group B, however, they currently find themselves atop it and in pole position to return to the knockout stages for the first time in 32 years. Let’s look at how they’ve done it.

Just four short years ago, Carl Hoefkens left his job as a scout for Knokke in the third tier of Belgian football to join the club he captained as a player, Club Brugge, as an assistant coach for the U21s. A year later, he was promoted to the first team staff, although his role was to be the link between the academy and the first team by providing guidance for young players.

When the manager at the time, Philippe Clement, left Brugge to take the vacant AS Monaco job, the club appointed Alfred Schreuder. The Dutchman led Brugge to the Belgian Pro League title, but also left just a few months later when he was offered the chance to replace Erik Ten Hag at Ajax.

Thus, Club Brugge looked to end this managerial carousel by hiring a long-term manager from within, and Carl Hoefkens took the reigns. Despite a bit of a rocky start to the Belgian Pro League season, Hoefkens has shown his managerial prowess by expertly constructing Club Brugge’s best continental campaign in recent memory.

Hoefkens has no problems adjusting his team’s shape or tactics to best match the opponent, as shown by his recent use of 3-5-2 in multiple league matches, however, he has opted to set his team up in the 4-3-3 formation in each group stage game thus far.

Brugge have had the minority share of possession in all three of their group-stage victories, but that has not been a problem, as they have scored 7 goals without conceding against three opponents originally thought to be of higher quality than them.  One of their main tactics has been to exploit space in wide areas by creating overloads using their talented wingers Kamal Sowah, Tajon Buchanan, and Andreas Skov Olsen.

These wingers constantly float to the other side of the pitch with the goal of creating these overloads. They were able to shred FC Porto by bringing Sowah tight to Skov Olsen on the right wing, forcing the defender to either step to the ball or cover the run down the wing.

Regardless of that decision, space was opened up for either Sowah or Olsen to deliver toward driving midfielders Hans Vanaken and Casper Nielsen, or to the striker making a back-post run in the space vacated by Sowah’s run toward the opposite wing. The quality of that center-forward has been a major factor in the success of this tactic, so let’s talk about him.

23-year-old striker Ferran Jutglà has been Brugge’s standout performer, providing both a goal and an assist in each of the last two victories against Porto and Atletico Madrid. The Spaniard was acquired by Club Brugge this summer from Barcelona for a fee of just €5 million plus a 10% sell-on clause; a signing which looked like good business on paper, but I’m not sure anyone expected him to hit the ground running like this.

From Near Misses to Tainted Triumphs: Juventus’ Love-Hate Relationship With the European Cup

He has 13 goal involvements in his 13 appearances in all competitions for Brugge this season and has been the key piece in their Champions League charge. His ability to score goals has been on full display in the Belgian Pro-League, where he has 6 in 10 games, but what has really impressed me about his performances in the group stage has been his ability to create chances.

Both of his assists were outstanding, the first being against Porto when he was surrounded by defenders and was falling to the ground, yet was able to poke the ball through to Sowah who made no mistake once in on goal. The second, against Atletico Madrid, was arguably even more impressive, as he collected a knockdown from Vanaken, played a one-two with Sowah in little space, dribbled around the challenge of Molina, and threaded a perfect ball across the face of the goal with his weak foot for Sowah to tap home yet again.

Of course, his goalscoring ability has carried over from domestic play as well; he drew a foul in the box against Porto and buried the subsequent penalty, and he clinically dispatched Tajon Buchanan’s layoff in the box against Atletico Madrid. It may have gone under the radar at first, but it’s safe to say that Ferran Jutglà was one of the signings of the summer.

Although the performances of Jutglà, Sowah, and Skov Olsen have been attracting all the headlines, Simon Mignolet has been just as important to Club Brugge’s group stage success. He has not yet conceded despite facing 4.22 xG worth of chances across the three games, making 11 saves in that time.

According to post-shot xG minus goals allowed, he has saved 2.9 more goals than the average goalkeeper would, or nearly 1 goal per game, which makes a huge difference to his team. In the game against Leverkusen, he made a fantastic diving save to keep the score level by tipping Moussa Diaby’s effort onto the outside of the post.

In second-half stoppage time, when Brugge were holding onto the lead for dear life, he made a crucial save on Adam Hlozek’s knuckling freekick, preserving the clean sheet and the three points. Against Atletico Madrid, he made a huge stop on Álvaro Morata who had been played clean through on goal.

This was yet another save which prevented Brugge from falling behind in the game, which would have completely changed the complexion of the task at hand. Expected goals would suggest that they did not deserve to beat either Leverkusen or Atletico Madrid, yet Simon Mignolet’s heroic goalkeeping performances ensured that they did.

So, where do Club Brugge go from here? On Wednesday night, they will face their biggest test yet when they travel to the Estadio Wanda Metropolitano to face Diego Simeone’s Atleti for the second consecutive week. A victory would be enough to secure their passage to the Champions League knockout stages due to their six-point lead at the top of Group B.

Although taking all three points back home to Belgium seems unlikely, we should have learned by now not to underestimate this team. A loss in this game wouldn’t be the end of the world either, as a win in either of the two following games would surely be enough to secure their progression as well. With the odds stacked against them, Club Brugge are truly having a season to remember.