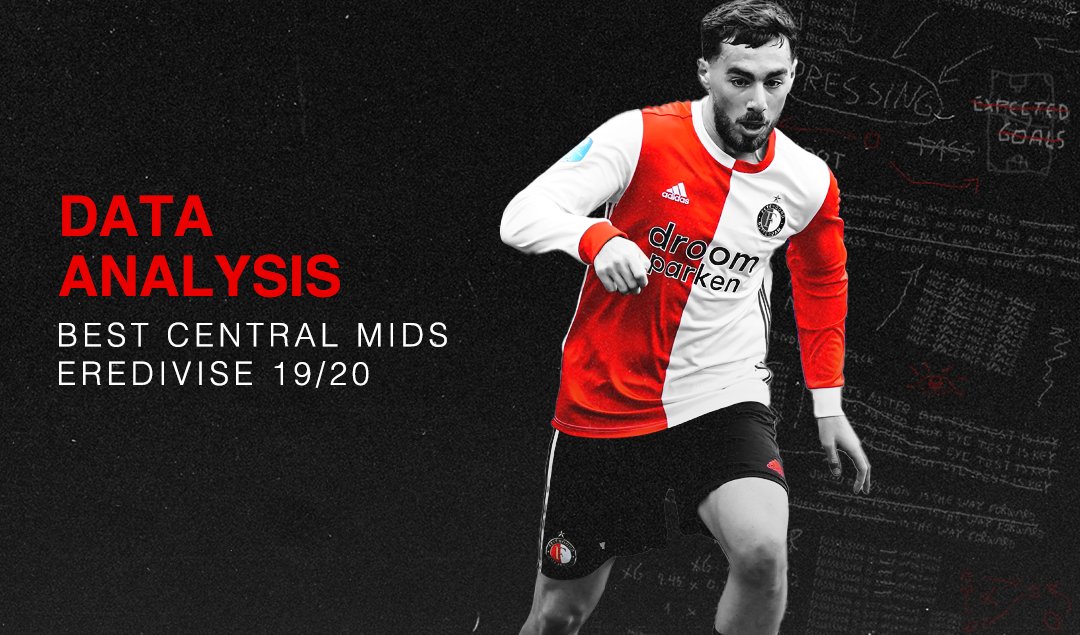 A central midfielder is the core of the midfield, the link between the defence and the attack. This kind of player is often able to receive the ball and progress it forward to more attacking players. We are going to look at four different qualities to assess which midfielders were the best in their age group:

To clarify the criteria, players must have been 21 years old or younger when the 2019/20 season started. Furthermore, each player must have played at least 900 minutes in the Eredivisie. There are eight players who meet both of these cut-off points. 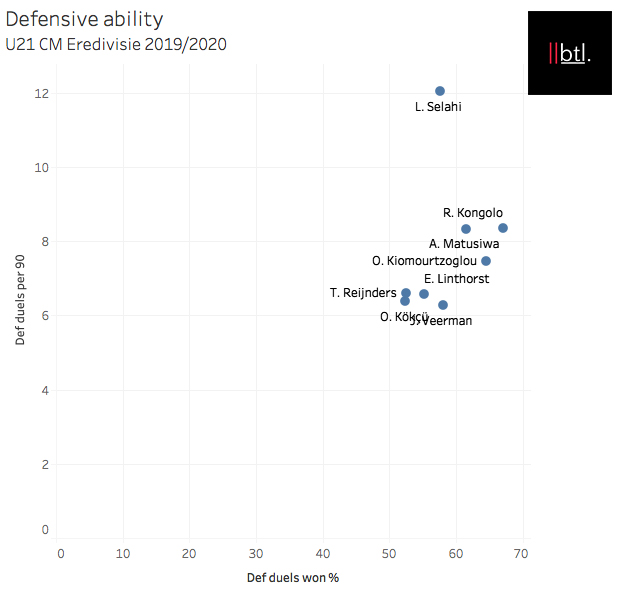 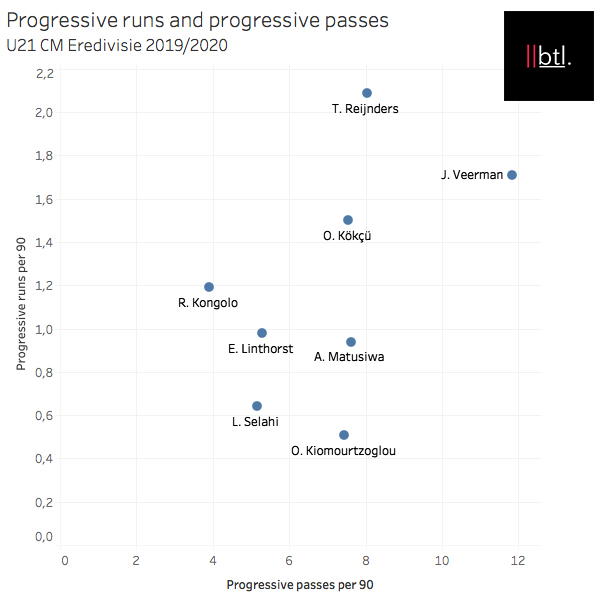 One of the central midfielder’s main tasks is to link defense and attack; they must be available to receive the ball and then progress it forward to his attacking teammates. In this metric, we will compare two metrics: progressive passes per 90 and progressive runs per 90.

According to Wyscout, a dribble is considered a progressive run if: 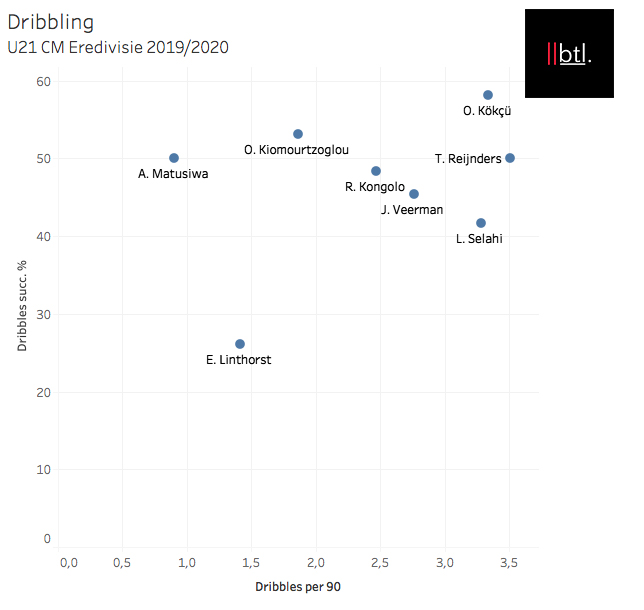 By comparing these two metrics — dribbles per 90 and dribble success rate — we can evaluate how effective these players are at dribbing and opening up space in the attacking third. 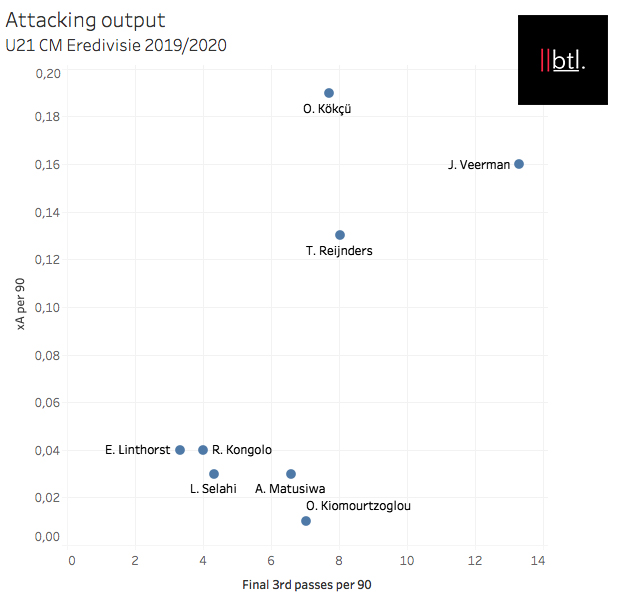 Moving on from dribbling, let’s take a look at how each of these players make an impact in the final third. By comparing their final third passes per 90 and their expected assists per 90, we can get an accurate assessment of how effective these players are in advanced areas.

Whilst Kiomourtzoglou, Matsuiwa, Linthorst and Kongolo tended to lag behind in most of the metrics, there were four players who stood out amongst the rest, one of whom is Kökçü. The 19-year-old placed well in terms of attacking output and passing, and it’s easy to see why Arsenal and Sevilla were interested in signing him on a free transfer, before he agreed a contract extension until 2025 with Feyenoord in June.

There was a tug-of-war between Turkey and Holland for Kökçü, who had played 18 matches with Holland’s youth teams before switching over and playing twice for Turkey’s U-21 side. Having made his senior debut with Turkey last weekend in a UEFA Nations League match against Serbia, he’ll be playing for The Crescent-Stars from now on, and he’ll be looking to continue his development in Feyenoord after a breakthrough 2019/20 season.

It was another disappointing campaign for Heerenveen, who finished 10th in the Eredivisie and lost to Feyenoord in the KNVB Cup quarterfinals. However, Veerman was one of the few bright spots of their campaign, impressing in ball progression as he scored highest for progressive passes per 90 and finished second in progressive runs. After the likes of Hakim Ziyech and Marten de Roon, Veerman could be the next midfielder to impress at the Abe Lenstra Stadion before earning a bigger move.

Reijnders struggled for minutes last season behind the likes of Teun Koopmeiners, Dani De Wit, and Jordy Clasie, and ended up joining RKC Waalwijk on loan in January.

However, with Koopmeiners shifting from a holding midfield role to playing in central defense, Reijnders will have more opportunities to impress for Arne Slot’s first team this season, and he’ll be looking to build on an impressive preseason and establish his place in the squad.

Having joined FC Twente on a free transfer from Standard Liège last summer, Selahi has proven to be a revelation at the De Grolsch Veste, ranking ahead of his competitors in terms of defensive data while also scoring well in terms of dribbling. He has been linked with Celtic and will continue to draw interest if he builds on an impressive debut season in Holland.