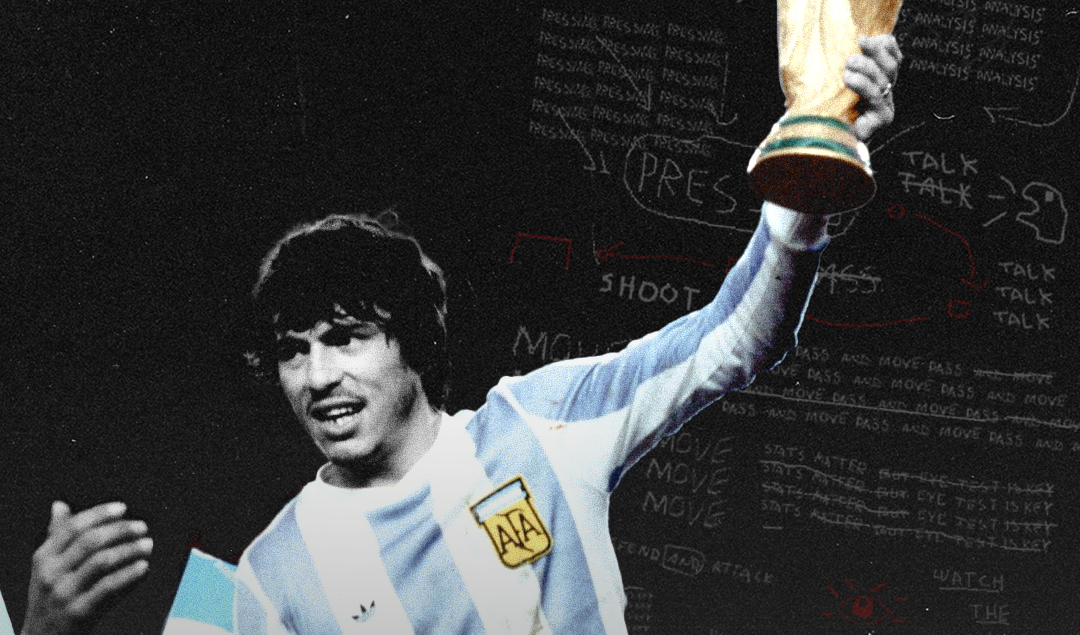 A third star on the jersey of its national team is something most nations dream of. The third star went to Argentina this time, France being bitterly disappointed as they failed to make up some ground on the likes of Brazil, Germany and Italy.

With the tournament still being more or less fresh in our memories, let’s take a look at how this final came to be, more than one hundred years after these national sides played their first games. The usual suspects are once again the English. As much as both sets of fans would love to have it otherwise, it was the English who introduced this beautiful sport to both countries.

British nationals initially freighted over the newfangled sport to Argentina, being employed by the many British railroad companies operating in the country. (See what I did there? Freighting – trains, ok I’ll stop now) The first ever football game was played on May 9th 1867, but the rules did not resemble anything we are used to seeing today.

Roughly twenty years later, under the stewardship of Alexander Watson Hutton, a Glaswegian schoolteacher, the first Argentine club sides started appearing all over the country. As the 20th century rolled along the first unofficial match of an Argentine national representative was disputed against Uruguay in 1901.

The game was considered unofficial, as the Uruguayan team was representing both their country and Albion FC. One year later, the same two national teams contested a match, which is officially considered the first game of the Argentine National Team. Of the starting lineup, many players were of British descent, providing me with a very easy segue at the end of this article, when the name Alexis MacAllister will inevitably come along.

The first years of the national team were peppered with the odd friendly, but in 1905 and 1906 they started taking part in two now-defunct tournaments. The Lipton and Newton cups were two tournaments held between Argentina and Uruguay, which ran until 1992 and 1976 respectively. Fun fact; the Lipton Cup got it’s name from Thomas Lipton (of tea fame) donating the trophy to the organizers. After trading the two previously mentioned cups between themselves and Uruguay, with both teams experiencing periods of dominance, they took part in the initial form of the Copa America in 1916.

The so-called South American Championship headed to Buenos Aires and Avellaneda and Uruguay won its first edition. Argentina had to wait until 1921 to get their hands on the trophy. Further wins would come in 1921, 1925 and 1929, leading the nation to the first World Cup in 1930. At the tournament Argentina performed very well, reaching the final, but succumbed to their age-old rivals Uruguay. The team, however, failed to replicate its success at the next tournament, losing its only game against Sweden at the 1934 edition.

They would miss the next three World Cups, refusing to participate in the 1950 and 1954 editions. During their World Cup absence, legendary coach Guillermo Stábile, guided them to seven South American championship trophies. During their return to the pinnacle of international football in 1958 Stabile did not call up stars Humberto Maschio, Antonio Angelillo and Omar Sívori, all of them playing in Serie A at the time, and the team fared poorly. Two losses and one win were named El desastre de Suecia (The Swedish Disaster) and the team would be greeted with insults upon landing in Buenos Aires.

After the Swedish disaster, the Albiceleste bounced back to win the 1959 Copa America, employing three managers, who would co-manage the team. A Copa America drought would subsequently ensue, which would last until 1991. Further trophy wins in the 1960 Panamerican Cup and the 1964 Nations Cup were interrupted by a group-stage exit at the 1962 World Cup. For those of you wondering what the Nations Cup was, it was a friendly tournament held in honor of the Brazilian FA turning 50, nicknamed the Little World Cup at the time.

Having qualified for the 1966 World Cup, the team showed some shaky form in their pre-tournament friendlies, but two wins and a draw saw them progress from the groups in England. They would face the hosts in their next game, a game, which would add to the amount of controversy at that edition of the tournament and would arguably kick start the Argentine – England rivalry. Referee Rudolf Kreitlein sent Argentine player Antonio Rattín off for “violence of the tongue”, even though the ref did not speak a word of Spanish.

Outraged, Rattín refused to leave the pitch and sat himself down on the red carpet designated for Queen Elizabeth. Having been removed by police officers, the game resumed and ended in a 1-0 win for England. The reception of the team back home betrayed its poor performances, with the locals possibly having their solidarity with their team increased by their acrimonious exit.

The mood of the Argentine supporters would be further soured by the failure to qualify for the 1970 World Cup, marking the only occasion where La Albiceleste would fail to qualify for a World Cup (they actively wanted to take part in). Having been drawn against Bolivia for the qualifiers for the next tournament, Argentina headed to Ticara to prepare the team in order to cope with playing at extremely high altitudes.

The team being sequestered in a remote part of the country and the FA being horribly disorganized meant that the press could not receive any details regarding the squad. “La Selección Fantasma” (“The Ghost National Team”) was chosen as the nickname for this iteration of La Albiceleste, with Mario Kempes revealing years later that they had to organize their own friendlies in order to be able to buy food.

The Argentinian FA probably had a similar reaction to a parent coming home from the school run without their child, when the qualified teams were announced before the tournament. In West Germany, fortune did not smile upon this team, forgotten by their own FA for a period, and they exited in the second group stage. This debacle finally provoked a knee-jerk reaction from the FA and a rebuild was planned.