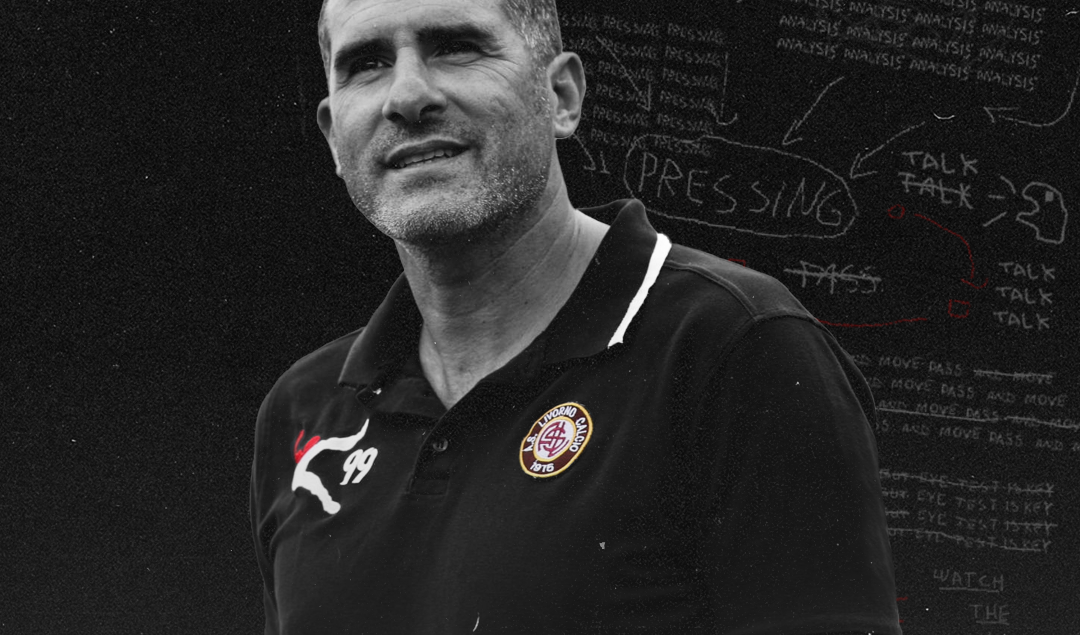 The story of a city with a distinctive, strong heritage and the ups and downs of its football club; with top division years followed by relegations and financial turmoil, disintegration – and then rebirth. All of this, always with a backdrop of passionate support, loyal players and strong identity.

On Italy’s west coast in the Tuscan region, the port city of Livorno can be found. Deeply historic, and, to put it lightly, deeply political, the city has seen much change, and so has the football club. Recent years have been anything but kind for the city’s football club, now renamed Unione Sportiva Livorno. The immediate future is not looking so bright – a combination of financial woes and unimpressive ownership.

Livorno is still to this day a major port city of Italy, and of European significance. Trade links across the Mediterranean are spawned from the port and many tourists arrive in Livorno when on their cruising holidays. Albeit, a large majority pass through the city so that they can reach either Florence or Pisa.

First, the city’s historical context; long has Livorno been a progressive settlement. Since the ruling of the Florence region by the House of Medici, Livorno has undergone numerous transformations whilst always remaining an open, welcoming place. The Medici family converted the port city from a quaint coastal settlement, into one of Europe’s thriving hubs.

Laws allowed for the city to become a duty-free area with a regulated market whilst, all at the same time, allowing for freedom of religion. This proved to be an enormous attraction for many ethnic groups, including Greeks, Persians, Jewish immigrants, and many more. On top of this, as the Spanish Inquisition showed no signs of halting, Livorno – across the sea from Barcelona – granted Jewish people more rights, encouraging them to travel to Livorno and help bolster the economy of the city.

Livorno was thriving, becoming one of Europe’s most educated cities. Scholars would visit, constant trade continued to be pursued all over the world with the Port of Livorno turning into Tuscany’s most powerful. All until the turn of the nineteenth century with the arrival of Napoleon and the French Revolutionary Wars.

The city’s economy suffered enormously and was dealt a further blow when the city was incorporated into the Kingdom of Italy, around 50 years later, losing economic independence. Importance as a trading haven may have been lost, but the politics and beliefs that are at the core of the coastal area, that define Livorno, have never been lost. In fact, the politics is inescapable.

Antonio Gramsci was one of the founding members of the Italian Communist Party that was set up in the city, inspired by what had been ensuing in Russia. This was way back in 1921, six years after the founding of A.S. Livorno Calcio. Although, the political beliefs that were felt then are still so visible today, through the club and city. Until recently, the Mayors of Livorno have all either been members of the Communist Party, or ex members.

A naturally rebellious city, which Benito Mussolini even found a struggle to capture, Livorno has held firm to their beliefs and emphasised them through the football club. A long-standing rivalry with S.S. Lazio is often cited as symbolic of political allegiances. Contrasting politically, the differences became more prominent and were heightened when Livorno returned to the Serie A and could play against the rich clubs competing in one of the world’s most commercial leagues.

Home is the Stadio Armando Picchi, and has been since 1933. Originally known as the Stadio Edda Ciano Mussolini, Mussolini’s daughter, this was suitably changed following the Allied victory when the Americans renamed it to the ‘Yankee Stadium’.

Later on, it would become known as the Armando Picchi, after the famous Livorno-born footballer. The ground was not a venue for Italia 90, although this has allowed for Livorno to continue to preserve the stadium, making it something special in its antiquity. Renovations occurred a few years into the 2000s, turning the stadium into a more suitable Serie A location.

The Armando Picchi can be a cauldron of noise and passion when the supporters’ groups bellow out their Communist anthems, such as ‘Bella Ciao’ – recently used in the Netflix thriller ‘Money Heist’. Fans are known to produce celebratory banners, flags and clothing items related to radical left figures such as Lenin, Stalin and Che Guevara.

The hammer and sickle is not an uncommon sight when perusing the perimeter of the ground, similarly Palestinian flags and the like. This has allowed for friendships to be formed with other reputed anti-fascist clubs, such as Olympique Marseille and AEK Athens, even Glasgow Celtic.

Not only do the supporters convey their beliefs, players have too – notably Cristiano Lucarelli. Lucarelli was a member of the Brigate Autonome Livornesi (the ultras group) and regularly produced the Communist symbol of the raised fist to the fans, whilst also wearing tops with the face of Guevara on them, expressing the political beliefs of himself and the population of the city.

A burning love for all things Livorno, and a tattoo of the crest on his arm, Lucarelli returned to the club in 2003 and propelled the club to Serie A success, allowing the team to compete in Europe whilst turning down offers to sizeable teams from all over the continent, staying loyal to his hometown club.

He would leave the club in 2007 before coming back for an unsuccessful loan spell in 2009 and then another spell of mediocrity as manager – being sacked in 2018 after a poor start to a Serie B season. However, Lucarelli will remain an icon of the club, embracing everything that Livorno is about.

Sadly, the ex-chairman, Aldo Spinelli, did not seem able to deliver to this passion. Under Spinelli’s tenure, Livorno did manage to climb from Serie C into Serie A, even enjoying European football when Lucarelli was the main name at the stadium.

However, following relegations and ordinary years, Spinelli began to look to sell the club. Many unsuccessful attempts occurred, before, in 2020 the club was eventually sold, although the miseries were already being felt. Slipping into Serie D would not be the worst of the news. In June 2021, the club entered into liquidation – after a €1 million offer by a fan-led initiative was rejected.

The club did not have the funds to compete in Serie D, an amateur league, and entered into liquidation, before receiving new investment and renaming to Unione Sportiva Livorno. Though now competing in the Eccellenza (fifth tier), for the 2021-22 season, there is some hope surrounding the club in the midst of all this misery and darkness.

Firstly, the club has been here before, in this league in the early 1990s and from that, after a lengthy period, they found their feet again and held strong amongst Italian football’s greatest names. Also, they are now being managed by Igor Protti – another club icon who had two playing spells at Livorno, with the second successful term being alongside Lucarelli.

Protti understands Livorno, he knows what the club means to the people and shares a passion with the supporters to regain Livorno’s status as a top club – something that was so present during the 1940s.

Livorno exudes a strong identity. Livorno exudes culture. The club and city are wrapped up together in their beliefs – beliefs that have remained constant throughout centuries and turbulence. Now, as Unione Sportiva Livorno look to regain stability, that passion has to be more present than ever.