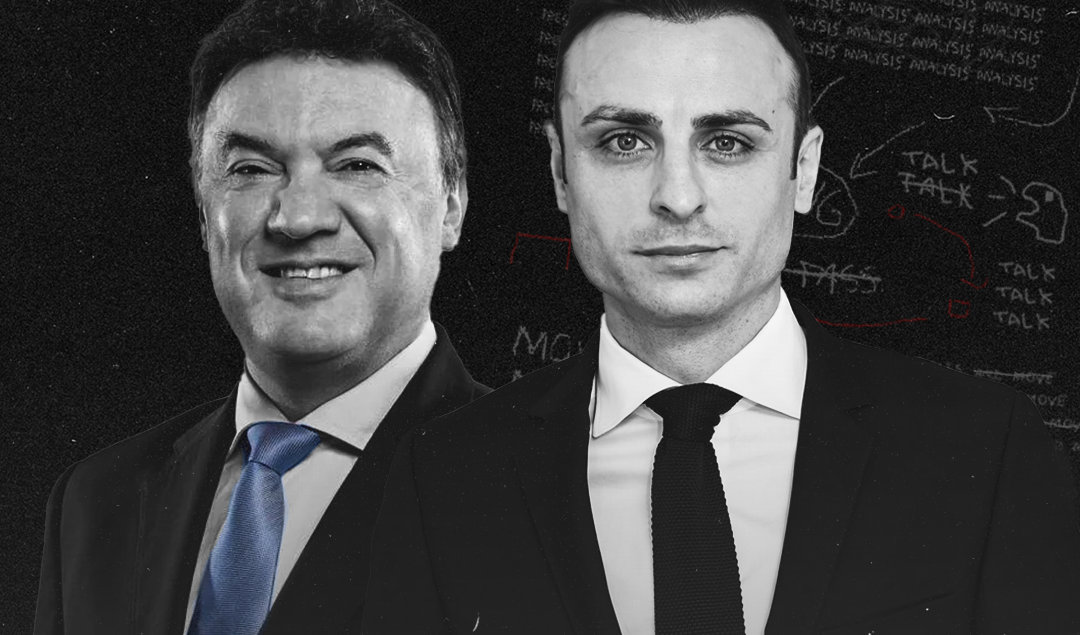 The year is 1993, 17th of November. Bulgaria, in the face of Emil Kostadinov, have just managed an extraordinary goal in the dying seconds of stoppage time against France to go to the 1994 FIFA World Cup at the expense of their opposition.

Despite Bulgaria having a history of being a tricky side over the years with a lot of notable footballers being key to both domestic club and national team success this result seems to be the pinnacle of their efforts.

Months later, Bulgaria’s best-ever player – Hristo Stoichkov and a host of other really good ones [who we’ll come across later in the story] deliver Bulgaria’s biggest achievement to date – 4th place in the World Cup. Stoichkov would subsequently win the Ballon D’Or due to his performances while others, such as Borislav Mihaylov, Atanas Sirakov, Yordan Lechkov and etc. are hailed as heroes when arriving at the Sofia Airport.

Unfortunately, this is where the story takes a turn for the worse, albeit a rather slow one. Fast forward to 2003-2004. A new guard has been formed led by a trio that will also be highlighted later in this story. The aforementioned “three-headed snake” is that of Stillyan Petrov, who at the time was at Celtic and is one of their best performers; Martin Petrov – a regular starter for VfL Wolfsburg in the Bundesliga and Dimitar Berbatov – star striker for Bayer Leverkusen.

Without going into too much detail, Bulgaria carved out impressive victories in the qualifying rounds, most notably v Croatia and Belgium, to earn a spot at the 2004 Euros in Portugal. As stated, this is where things take a turn for the worst. Bulgaria lost all three games, crashing out with only one goal to their name [a penalty v Italy] but the cracks were already there and expectation had been lowered with this being deemed an achievement.

Thus began Bulgaria’s “transition period” if you could say it like that. The old guard of players slowly started to fade away along with the quality in the domestic championship. Although Levski, CSKA and Litex [most notably the first] managed impressive campaigns on the international stage in the period between 2005 until 2008 that suddenly stopped as well.

The quality in the national team was beginning to diminish with results and performances effectively dipping. It is worth noting that a major event occurred in 2005. The Goalkeeper of the 94’ WC squad – Borislav Mihaylov was elected president of the Bulgarian football union.

Along with that, other “heroes” managed to get into administrative roles at their local clubs and with that effectively entering the BFU [short for Bulgarian football union] and being part of the executive committee which would be vital for future decisions regarding Bulgarian football and it’s development.

It wasn’t just the National team that was falling behind. As mentioned, domestic football started slowly to go downhill. A never-ending cycle, Bulgarian clubs opted to trust and give power to well-known managers with an old, pragmatic style that saw more experienced players being trusted or foreign players from the smaller leagues around the world being brought in, because of their ability being perfectly suited compared to the low wages they would demand.

And suddenly, the string between youth football and senior football broke. Whilst not the best at it, Bulgaria’s best-produced asset was youngsters who are slowly introduced, impressed and then move on to European football. But the quality was no longer there.

It is worth noting that the level of physical production and activity in the Bulgarian youth system dropped significantly. With clubs no longer seeing that much of a need to bring young players through, as above stated, youth football was cut off. Facilities and development were “at the bottom of the barrel.”

As someone who went through this period, but most notably having friends in various different age groups, I can calmly confirm that there wasn’t any money being handed out for proper equipment, medical and physio treatment and all of the requirements needed for a youth setup to be well run.

Then we run into the coaching problem. A host of names, which I would prefer not to delve into right now, had a similar, old-school approach as mentioned. It is worth noting that over the years only a couple of managers have come in with an influence from the “Western Europe’s coaching scheme” and they were ridiculed and dismissed quickly.

While maybe not ideal, the subject of change was what worried people – be it current managers or the higher-ups. The idea of a food regime that excludes vital things from a menu, different types of training, more tactical analysis pre and post games – you couldn’t do this here. You could, but nobody would take you seriously, which is poor in itself.

But it’s poor mostly because it was allowed. Because this suited the higher-ups mentioned before. Over the course of the years, Yordan Lechkov, scorer of the goal of a memorable 2-1 turnaround against Germany, was a key figure in the downfall of one of Bulgarian football’s best academies – Sliven. Despite that, he remained as a governing body in the BFU.

Also over the course of the years, besides him started to reside various shady football chairmen of the domestic clubs who then started to influence National team selections all for the purpose of selling their potential “stars” abroad.

Regardless of whether that suited the player or whether it would help him develop, this was the way to go so that football is a plus for them [from a business perspective]. Above all of this, resided Mr. Mihaylov. Accused of various different corruption scandals and methods to remain in charge and effectively be a vital cog in the wheels of modernization.

I’d need another day to explain of all the ways you can effectively manipulate things in your favour or for that of the governing bodies, but a prime example was appointing Krasimir Balakov [who was known to be a poor coach] as manager of the National team who then opted to call up various players from his previously managed Etar side who was a relegation candidate in the local championship.

Results quickly followed and of course, not in a good way. Barring the odd result here and there, Bulgaria was losing left and right with performances being the subject of ridicule on a daily basis. Various players were subsequently criticised or picked on for being in the team due to “this man or that man” rather than their actual ability.

Likewise, because of the aforementioned drop in quality of development, footballers were no longer able to leave their mark anywhere across Europe. Yes, the odd player would impress domestically, but once he got to any major league, he couldn’t handle the physicality levels, the demand, the tactical knowledge to position himself where a manager would need him to.

Sadly, even the best players of this generation have been at lesser clubs compared to the ones that the likes of Berbatov, Stoichkov and etc had been in. And even if they did reach any semi-decent club, they were quickly found out and either sent back or sold/loaned to a poorer league.

Once reaching the heights of the Bundesliga and La Liga, players were now happy with a move to Russia, Turkey and etc. and we’re not talking about the bigger clubs there.

Alongside all the corruption, stuttering development of coaching methods and the suffering of youth football because of it, Bulgaria’s taken a deep dive into the football abyss, which is sad for any fan over here because it’s a football-crazy nation.

With teams that embody traditions, love and affection towards the beautiful game. Luckily, it seems as if the “Three Amigos” or The ( R ) Evolution as they call themselves – Martin Petrov, Stillyan Petrov and Dimitar Berbatov have decided to challenge Borislav Mihaylov for the spot of president of the BFU Union and therefore spell a much-needed change at the top of the helm.

Despite a lost vote on the Congress on the 12th of October [he’s managed to challenge as explained below], Berbatov has effectively exposed a vast majority of the manipulation done by Mihaylov and others in order to remain at the helm of the BFU and keep doing what they do best regardless of whether it is what their actual job description is supposed to be.

Berbatov and his men are seen as this beacon of light. This knight in shiny armor, at least to the people that aren’t afraid of change and desperately want it to occur. Alongside Mihaylov, be it for one reason or another, Bulgaria’s no longer seen as this mentioned above tricky side, whilst nations such as North Macedonia, Bosnia and others have slowly and steadily become just that and even better.

Whether he [Berbatov] succeeds or not remains to be seen with another Congress meeting [and vote] coming up in March but one can only hope that the next generation of talented Bulgarian footballers have a little more luck than the ones who were gobbled up by a regime that is lightyears behind of the current World Football schematic.