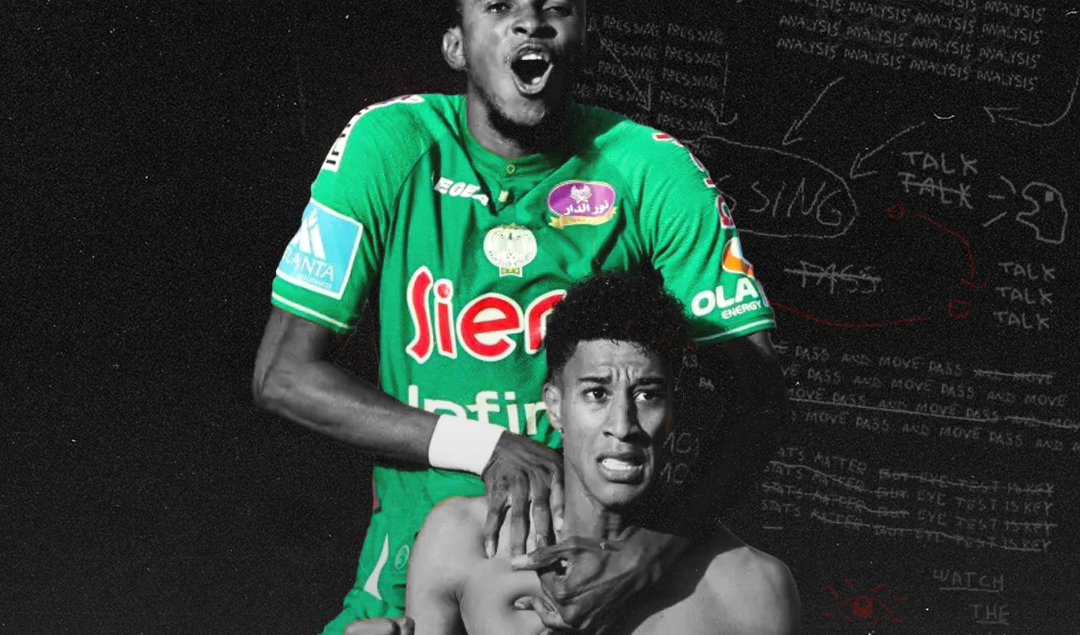 The tale of football in Casablanca and how passion, politics and identity rule the terraces. North African clubs have dominated the CAF competitions with the Moroccan teams from Casablanca’s Stade Mohammed V among the most successful.

Much of the world probably associates Casablanca with the 1940s movie drama – fair enough given its cultural status. What is less known is that the city harbours some of the most passionate and vocal supporters on the planet.

Morocco has endured a turbulent history. The significance of the Port of Casablanca for international trade, and its proximity to Europe, has meant a constant threat of invasion and for a time colonial rule. Turbulence has led to many distinct cultures emerging. The current King Mohammed VI is part of the Alaouite Dynasty. Claiming descent from the Prophet Muhammad, the family have ruled over Morocco since the seventeenth century.

Working-class Moroccans were long associated with the quest for independence, a factor so transparent during the Second World War. French colonists supported the Chief of State of Vichy France – Philippe Pétain.

He, in short, favoured the Axis Powers, whereas Moroccans leaned towards De Gaulle and the Allies. President Roosevelt showed support for Moroccan independence, possibly because of how Morocco was the first country to recognise an independent United States way back in 1777. A rebellious nature has always been present in the North African nation.

The Arab identity amongst Moroccans is strong, and turmoil has continued through the decades with protests against the various Kings – protesting civilian treatment and the powers that the King holds – all to no avail, however. This has led to the terraces of the football stadiums being a haven for people to express their rage.

The quality of football may not be magnificent, but the displays produced by the fans certainly are. Few teams in world football will receive the level of vociferous support of the ground-sharing Casablanca clubs.  Rivalries can become more intensified when the teams are sharing a ground, and this is the case with Raja Club Athletic and Wydad Athletic Club.

One year before Moroccan independence of 1956, the Stade Mohammed V was constructed – although at the time a French boxer had the honour of the stadium bearing his name before being switched to the monarch. Since then, both clubs have achieved enormous successes. Wydad are the most successful team domestically, whilst Raja claim the title of being Morocco’s most successful club in international football.

Raja CA was born out of Morocco’s struggle for independence. Quite literally too – out of the Derb Sultan area that strongly opposed French rule. Founded by nationalists and left-wing revolutionary fighters, Raja are the working-class team and symbolise that to the fullest extent. Even the colours embody the club’s beginnings. Green highlights hope (‘Raja’ in Arabic) and growth, and the colour of Islam. White is simply the colour of Casablanca.

The southern end of the Stade Mohammed is occupied completely by the Ultras Green-Boys 05. Constant displays of colour and zealous support have raised the notoriety of the group, and the club. To use the cliche that the stadium turns into a ‘cauldron of noise’ is far too easy given the cacophony that is produced. Green smoke clouds the inside of the stadium, drifts upwards and covers the streets of the city. Raja are unavoidable.

As are the politics that surround the club. Chants that are bellowed out are often anti-government. This includes ‘‘in my country they oppress me”. These are as much ballads as they are chants, being sung for over three minutes. The terraces are like a sanctuary for much of Casablanca’s youth – they offer a form of escape where views can be expressed whilst cheering on the team that they adore.

The Green-Boys’ anti-government chant has spread across North Africa, where politics is inextricably linked. Right across the northern part of the continent, many people find the terraces a place to unite and voice their disapproval of the various governments. A form of revolution that is spawned from fans of football clubs. Raja fans have shown support towards Palestine and the struggles of the people – emphasising the nature and culture of the club.

Across the pitch, and on every other Saturday, Winners 2005 occupy the northern section of the ground. ‘Winners’ are the Ultras group for Wydad and the displays produced are equally impressive. Hailing from a more middle-class background, Wydad project as if they are Casablanca’s superior club.

Not only were they formed earlier and received Royal support, and with Raja not winning their first title until 1988, Wydad supporters feel proof enough to be the more dominant team – even if Raja have won more of the derbies.

For a while now there has been chatter of a new stadium being built on the outskirts of the city. A little over 90,000 fans would be able to cram inside the advanced arena. Supporters of Raja, Wydad and the national team would be calling this place home – although many would prefer home to remain at the current Stade Mohammed.

From the blueprints it looks to be just as mightily impressive as many other contemporary stadiums around the world, however, just like with many other stadium moves, a sense of identity would be lost. Decades of history would be wiped and the special feel of the antiquity of the ground would never be matched or replaced by the building of the new infrastructure.

Match day is more than special, it’s what the entire week revolves around. Loyalty to the badge is matched by both clubs. Hordes will trek to see the team in Green and White, or Red, play – doing whatever they can to watch.

Added security of police forces on the turnstiles and in the stadium hardly act as a deterrence. Even though displays are sporadically checked by the forces – who never want them to be overly offensive – the visual created with the banners, flares, and noise is outstanding.

Although, even without this success people would still flock to watch their team because of the burning passion that they hold. This affection is among the most visible in Africa, and carries around the world. Life revolves around Raja and Wydad.

Even when members of the Ultras groups find themselves in prison, they stay in contact with other members, orchestrating displays from their cells and voicing their disapproval of the ruling elite from behind bars.

In recent years, both teams have fluctuated between first and second place in the Botola (the top division). Going forwards, both clubs are aiming to maintain their domestic trophy dominance and also restore continental success. While Wydad have been CAF Champions League finalists twice in recent years, the 90s remain the golden era of African success for both teams.