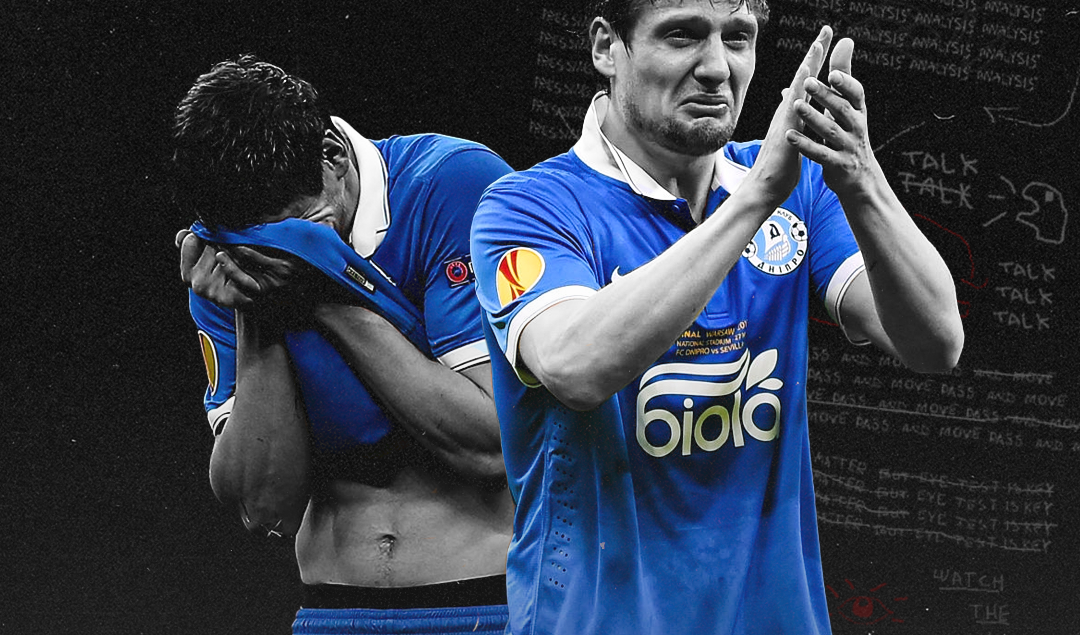 At around 10 pm local time on the 27th May 2015, Ukraine’s fifth-largest city of Dnipropetrovsk rejoiced and stood in awe as Nikola Kalinić scored the goal to allow the minnows of European football, Dnipro Dnipropetrovsk to take the lead in the biggest match of the club’s 97-year tenure; the UEFA Europa League Final. Though losing the match to an illustrious Sevilla side with an artistic flair that saw them win a threequel of honours in the competition, the Metal workers (Dnipro) were the real headline of the competition.

Located in Eastern Ukraine, Dnipropetrovsk lies adjacent to the River Dnieper which is the symbol and pride of the city, running through the heart of Ukraine and dividing the right and left banks of Ukraine. Footballing wise, Dnipro had a relatively humble history in the annals of Ukrainian football. True success occurred domestically in the 1980s when the club won two Soviet championships with teams participating from all over the former USSR, from Russia to Kazakhstan.

However, as of the fall of the Soviet Union, where previously Dnipro Dnipropetrovsk were the second-best Ukrainian team, the club was in and around the top position in Ukrainian football, however never won the league, edging close coming second and third in the Vyshcha Liga numerous times. Whilst domestic success was limited, the world had its eyes on Dnipro Dnipropetrovsk throughout the 2014-2015 season, where the Ukrainian city found itself on the cusp of European greatness.

Other than this, success for the Ukrainian team came in the latter years of the 20th century, especially approaching the demise of the Soviet Union, having a great effect on the industrious club. Yugmash, the club’s new owners, were one of the most powerful aerospace manufacturers in the USSR and in being so, they were funded by the internal Ministry of Defence. Dnipro would go on to sign several prominent footballers and coaches, including Valeriy Lobanovskyi, who served as the club’s manager from 1969 to 1973.

They rebranded the team to name them Dnepr after the River Dnieper, and after this, the era of the 1970s proved to be the most successful of the club’s entire history. Winning two Soviet Championships, the 1988 Cup win was marked by the success of Kucherevskyi’s men, whose brand of football challenged was renowned across Ukraine and the former USSR.

After the 1980s and the heyday of this successful era for Dnipro, the years to come would be marred by shortcomings to the dominant Kyiv and Donetsk sides. Tensions post 1991 with Russia would come to make the situation a fair bit tougher, when analysing the domestic success of Ukraine’s fifth-largest city. The 1990s saw Dnipro’s highest finish in second place in 1992, and whilst being in and around the head of the table, the title of champions evaded the club and has ever since the 1980s.

Whilst Ukraine has been an unfortunate host to political ploy and a contemporary warzone displacing and killing over 13,000 since April 2014, Dnipro in the East of Ukraine saw themselves having to play football matches over 400KM away in Kiev, the country’s capital city. Atrocities in war have since had grave effects in Ukraine, and coinciding with this football has also been affected.

FC Dnipro Dnipropetrovsk were one of the many teams that had to relocate from their home to Kiev and other cities since the outbreak of war. Most notably Shakhtar Donetsk, who have enjoyed the most recent success in Ukraine. However, whilst teams have had to relocate, the war has also led to the downfall of successful teams in the country, such as Metalist Kharkiv and Metalurh Zaporozhie, and sadly now, even Dnipro Dnipropetrovsk.

Amongst the chaos and confusion as to what was to occur with the domestic division, the onset of war did not hinder the dreams and aspirations of European goals for Ukrainian teams. With Dynamo Kyiv reaching the quarterfinals in 2014-2015 of the Europa League, and Shakhtar Donetsk though playing home matches in Lviv reaching the last 16 of the Champions League, the headlines were stolen by Dnipro Dnipropetrovsk in the Europa League.

Conceding just 2 goals at home throughout the tournament in the group stages, the NSC Olimpiyskiy in Kiev proved to form a beautiful relationship with the Metalworkers of Dnipropetrovsk over 480 kilometers away. A strong and resilient back 4 headed with Douglas, and Denys Boyko in goal proved to be a very tough nut to crack in Europe’s illustrious competition.

Resilience and guile, was matched with the flair and composure of Yehven Konoplyanka, Nikola Kalinić and Yehven Selyeznov whose goals got Dnipro past the likes of Olympiakos, Ajax, Club Brugge and Rafael Benítez’s Napoli side. All of which couldn’t score at the impromptu fortress that was the NSC Olimpisky; ironically the natural home of rivals Dynamo Kyiv and giants of the Donbass, Shakhtar Donetsk.

Brazil’s Summer of 1998: The Final, Confusion and Chaos

The final which was held in Warsaw marked the epitome of success for Dnipro, and even more so when the whole of Europe stood mesmerized by events just seven minutes into the Final at the Stadion Narodowy when Kalinić’s header put the Ukrainians in front.

Though the game ended in favour of Sevilla, the 3-2 scoreline represented the arduous nature that the victory came in. Whilst events in Warsaw may have forecasted some form of stability and success in the coming years for Dnipro, the calamity that was to follow represented the sheer volatility of much of the football in the former Soviet Republics.

Whilst the runners up of the competition in the Europa League may have looked to consolidate on their successes, the path followed a very contrasted one to such. Stars of the former campaign attracted clubs across Europe who seemed enticing for many, Konoplyanka, Boyko, Kalinić, and Seleznyov, the core of the team had fled whilst the limelight shone on the Ukrainian club.

Soon this would fade, and by October 2016, [owner] Kolomyskiy had stopped funding the club, which meant that players and staff went weeks and months without pay, leading to a 12-point deduction due to failure to comply with FIFA regulations. One year after narrowly losing in the Final in Warsaw, Dnipro were set to suffer a similar fate to another team in the ex-Soviet Union: Anzhi Makhachkala.

The Rise and Fall of Anzhi Makhachkala

Finishing in the bottom half of the Ukrainian division in the 2016-2017 season, and with servants of the club unpaid including manager Juande Ramos, resentment toward the owners and anger flared culminating in the relegation of Dnipro to the second division of Ukrainian football for the 2017-18 season; just 3 years after the European fairytale.

From the glitz and glamour of Europe to the second division of Ukrainian football in 3 years, and whilst Dnipro fans’ resentment toward their owner grew, little could be done about the situation due to the scale of the issue politically and economically.

The success enjoyed in Kiev had run out for Dnipro in brutal ways, and the ever insurmountable debt that had been accumulated by Kolomyskiy and the failure to repay this led again to another relegation to the amateur divisions of Ukrainian football by FIFA. Just 5 years on from that night in Warsaw, FC Dnipro found themselves at the pit of Ukrainian amateur football, and due to the financial incapabilities, issues remained at large.

The lack of attention and care given to the club by Igor Kolomiysiy, a billionaire and 1941st richest person in the world proved to be the real antagonist of the once fairytale saga at a one time exciting and courageous club in Dnipropetrovsk. This mixed with the unfortunate political situation which has left the region in war since 2014, and logistic issues surrounding the club acted as catalysing factors to the demise of a once prosperous and exciting club in the heart of Ukraine.