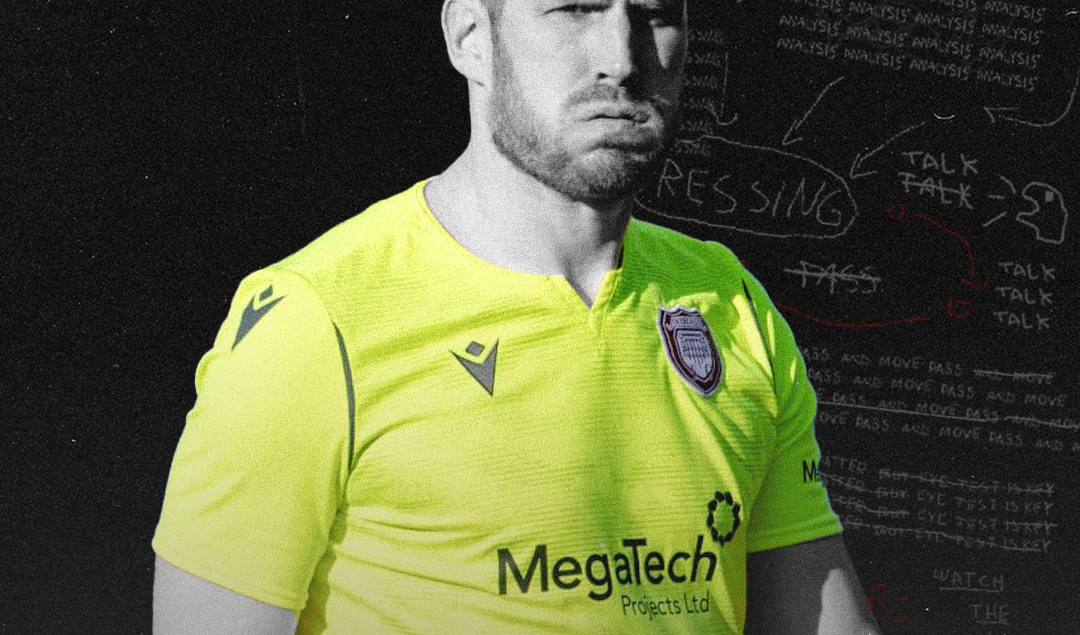 You are currently at Arbroath working under Dick Campbell and Rab Douglas. How would you sum up life at the club?

Firstly, it’s been great to be at the club and I’m enjoying my football under Dick Campbell. I was unsure initially how it would be as I was making the transition from full-time football to part-time football but the atmosphere around the club is fantastic.

The gaffer and the coaching staff always know how to keep our morale high as a squad. Last season was a superb season for the club.

Being a goalkeeper, how important is it when you join a new club to battle for that number 1 jersey?

When I signed for the club, Darren Jamieson was the number one as he was a big part of the promotion campaign from League One. It was a challenge for me to get into the side but once I got in, I was able to keep my place in the side.

I worked very hard in every training session to make sure I was ready and from there I had a good season personally. In addition to your playing role at Arbroath, you have also worked as a goalkeeping coach for Kilmarnock in their academy setup.

Is that a role you see yourself doing when you stop playing?

Yeah, I’m thinking about it for the future. I’ve always enjoyed helping people and working with younger goalkeepers. Passing on your experiences as a player is very important as I’ve had senior players help me over the years in that regard.

I’ve was at Kilmarnock for two years and I enjoyed it. I need to prepare for the future and maybe one day I can become a full time goalkeeping coach.

You started your professional career at Albion Rovers. How would you sum up your time at the club?

I never had the privilege of coming up through youth academies or a pro youth set up. I grew up playing for boys clubs and amateur sides. I only signed for Albion Rovers when I was 22. In all honesty, you think your time has been and gone when you get to that age and initially I went in to Albion Rovers as a back up goalkeeper.

I pushed myself every day and I was able to become the number one goalkeeper and we had three great seasons together as a team. We won promotion and stayed up in League One which was a great achievement for us.

It was a tough decision to leave but I couldn’t turn down a chance at testing myself in a full time environment at Morton. You join Morton and played for the club for seven years. The fans still speak highly of you today.

What are your memories of playing at Cappielow?

My time at Morton was a rollercoaster. When you are at a club for seven years then things won’t always be rosy. For example, in my first season at the club we almost achieved promotion to the Scottish Premiership whereas in my second season we were relegated to League One. Then in my third season, we win the League One title.

That sums up the rollercoaster that football can be. The club was a great club to play for and I enjoyed working under all of the managers that I had. I really enjoyed my time at Morton.

One of the managers you worked with at Morton was Jim Duffy. How would you describe his impact on the club?

No one would have a bad thing to say about Jim. I listened to your interviews with Michael Tidser, Ricki Lamie and Tam O’Ware and I agree with them when they say that he was a superb manager for our team. He was a pleasure to work with.

At times, the football wouldn’t always be pretty but he always had us organised. We were always confident that we could go to places such as Celtic Park and Ibrox and stay in a game. We won convincingly at Easter Road and Tannadice under Jim which shows you just how good a job he did. Most people were surprised when he left the club in all honesty.

How often is the wonder save against Queen of the South mentioned to you? Your former colleague at Kilmarnock Alan Mahood has said that he likes to wind you up about it. Do fans still talk to you about it today?

It pops up on social media a lot. The SPFL social media team seem to use it a lot and obviously it was a great moment during that game for me. It was a wonderful strike from Stephen Dobbie that caught me out in all honestly but I was able to scramble back and keep it out. I think the fact that there were a few camera angles helped my cause too (laughs).

Liverpool goalkeeper Alisson has made a few high profile errors this season which have been discussed in the media quite a bit. As a goalkeeper, how do you handle mistakes when they occur?

First of all, Alisson is a world-class goalkeeper so when you see people like him make errors then it makes you feel a bit better because it’s not just me that can make mistakes. In terms of mentality, it can be hard to clear your head straight away when you make an error but you have to erase it from memory as soon as possible especially as a goalkeeper.

As a midfielder, you could give the ball away and not be punished but as a goalkeeper it’s completely different as normally an error leads to a goal. You can’t get someone else to cover you for a few minutes as before you know it there is another shot coming at you or a corner kick that you need to face. It’s part and parcel of our role and I’ve relished that challenge for many years.

Who would you say the best players you’ve played with in your career so far?

I have to mention Freddy Bachirou who is now at Omonia in Cyprus. He’s played in Europe and played against top sides such as Arsenal. Tam O’Brien who is at Arbroath with me now is someone who I back to go and play at a higher level one day.

Ricki Lamie, Lee Kilday and Tam O’Ware were a superb back three at Morton. Michael Tidser was also such a special player particular before he made his move to England. He had double figures for assists and goals that season which was superb.

On the other hand, who would you say your toughest opponents have been over the years?

Charlie Adam has been first class in his career and he’s got to go on this list as he is a former Liverpool player. Last but not least, which coaches have helped you on your journey so far? David Wylie, without a doubt. He was influential on my career.

I was raw when I went to Morton and he took my game on so much. I’ve got Rab Douglas now who is good too. As managers go, Allan Moore gave me my chance at Morton but Jim Duffy was special at Morton and I have to mention him.