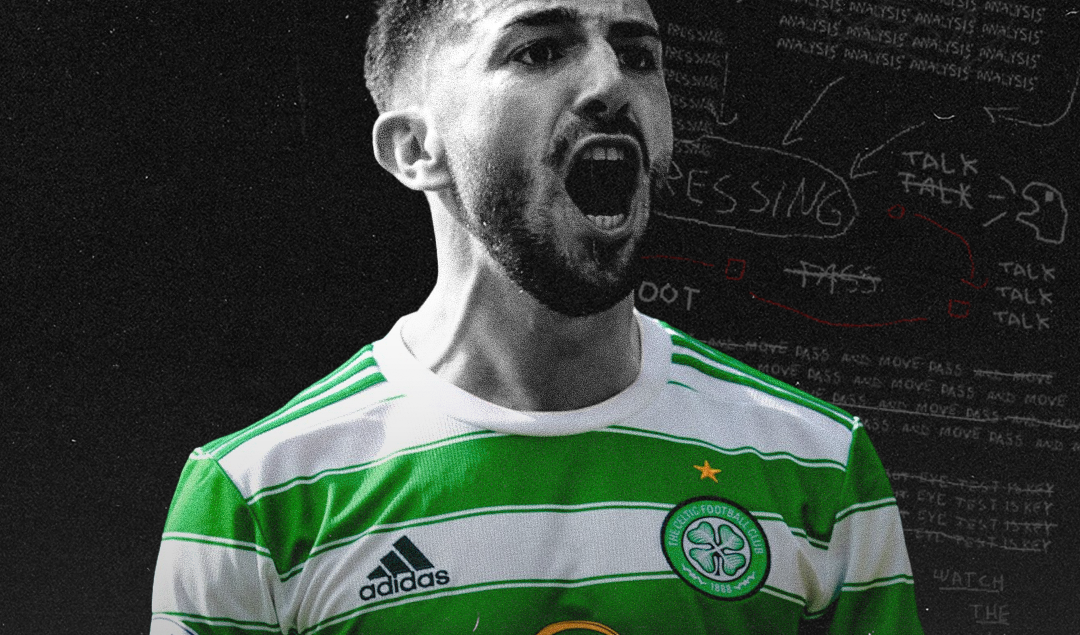 Greg Taylor arrived at Celtic in 2019 under Neil Lennon as Celtic chased nine league titles in a row. He was a part of the Celtic side who clinched that feat although not a mainstay in the team due to his arrival late in the summer window.

Unfortunately, for Taylor and for Celtic, his second season at the club was nothing short of a disaster. That was not down to him by any means.

No Celtic player or member of the coaching staff came out of season 20/21 looking good as the club won nothing and finished a distant second behind an unbeaten Rangers side who cruised to the title.

This led to speculation from media platforms and Celtic fans that Ange Postecoglou may look to sign a new left back as part of his new philosophy.

Celtic and Ange Postecoglou in Pole Position for Domestic Treble

However, Ange took by Greg Taylor and so far, he’s had arguably the best season of his career to date. The season so far has been the making of Taylor in a Celtic jersey.

When Ange Postecoglou arrived at the club and set his stall out that he wanted to play with inverted fullback, there were questions over Greg Taylor’s suitability for the role. However, he has defied any doubters and gradually becomes a key part of the Celtic side under the Australian.

He has been a mainstay at left back in a Celtic side that is on an unbeaten run in excess of thirty games who sit at the top of the Scottish Premiership table.

Alongside Cameron Carter Vickers, Carl Starfelt and Josip Juranovic, Taylor has been a crucial member of the Celtic defence which has the best defensive record in the league, and if Ange Postecoglou’s side go on to se the title then Taylor will have played a big part in that.

The view of the manager over the last few weeks, Ange Postecoglou has been asked about the progression of Taylor this season.

It is fair to say that he has been suitably impressed with his adaptably to a new system, his role as a leader in the dressing room and his resilience to overcome injury scares.

Postecoglou told the press, “He’s done really well. It was unfortunate he came back from the Euros and he was really keen on establishing himself here at the club and really making his mark but he got the shoulder injury which he needed some surgery on which set him back.”

“When people talk about improvement, he’s one of the ones that are only really had a month of playing this kind of football and getting into it. He’s developing well.

He wants to learn and get better. Obviously, with our full-backs playing a little bit differently he’s really embracing that role and he’s been great since he came back into the team.

He’s been at the club a while now and he’s really close to Callum McGregor. He’s one of the ones in the dressing room that takes on a leadership role. From our perspective, we are looking for further growth from him.”

The future for club and country at club level, Celtic are expected to recruit a new left back this summer to provide suitable competition for Greg Taylor. The task for him is to maintain the high level of consistency and dedication to improve that he has shown to date under Ange.

If he can do this then there is no reason to suggest that he cannot be the starting left back for Celtic in the years to come. At international level, his task is considerably tougher.

He is up against two of the best left backs in European football in Andrew Robertson of Liverpool and Kieran Tierney of Arsenal (formerly of Celtic).

However, both of those players have had their injury worries in recent times so there will be opportunities for Taylor to represent his country.

The big challenge is to perform at such a level that Steve Clarke could be convinced to leave out one of the aforementioned stars of the side for him on a regular basis.

That is a mammoth challenge but if you do not try then you will never succeed. Greg Taylor knows this and I’m sure he’ll do all that he can to close the gap on those two players in any way that he can.