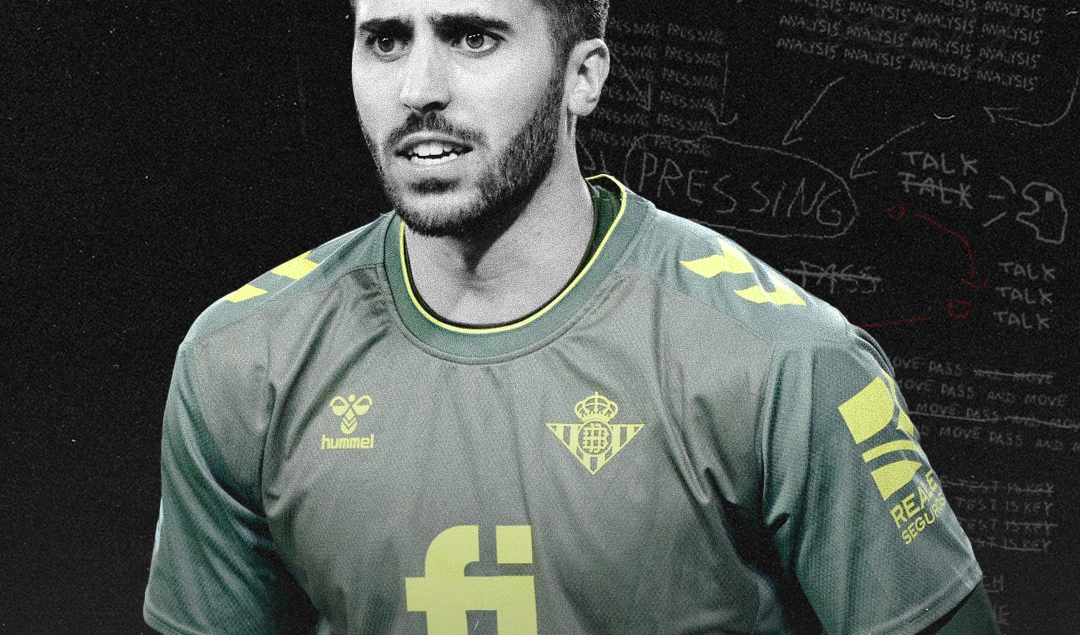 At 28 years old, Rui Silva has had quite the ascent in European football. One of the few players to reach the Portuguese national team without playing or developing at any of the nation’s ‘Big Three’ (Porto, Benfica, Sporting), Silva has solidified himself as a regular in goal under Manuel Pellegrini since his arrival in 2021, and his strong performances between the sticks could see him earn a recall to the Seleção next year. In an exclusive BTL interview, the 28-year-old goalkeeper opened up about various topics, including:

-Leaving his home municipality of Maia and moving to Madeira-based club Nacional at 18 years old:

“It was tough at first, I was used to my family and friends. It clearly had a huge impact in not just me, but my family as well. It was a very deliberate decision, and thankfully, the right one, but clearly it was tough at the start, I missed a lot of people, a lot of sleepless nights and tears, but it played a role in my growth and was definitely a huge step in my career.

“Nacional was very important for me. I was playing in the bottom division with Maia’s senior team and I left and signed my first professional contract at Nacional, which was a dream for me. I had a lot of aspirations and in the first year, I was playing with the juniors but trained with the seniors and this had a big impact because when I arrived in preseason, I was used to training in the lower league.

It’s a completely different intensity and it was tough to adjust at first, but it was a very important club in my development because it made me realize my dream of becoming a professional footballer, playing in the top-flight and breaking out as a player. Thankfully, with my transfer [to Granada], I was able to provide Nacional with some money, which was very important for them.”

-Going from the Spanish second tier to the Europa League and becoming a starter under Diego Martínez:

“Diego Martínez was without a doubt the best coach I’ve had. He took a chance on me at a crucial moment, and thanks to him, I’m where I am now. He took a chance on me when I wasn’t playing, I had practically spent a year and a half without competing at all. I had played five games, I was unmotivated, and I was contemplating leaving Granada.

After his arrival, he believed in me, he took a chance on me and I undoubtedly developed a lot under him. My relationship with him couldn’t be better. He’s a very friendly guy who cares a lot about his players and emotionally he transmits this to the team, and he manages to have a cohesive, united group. We can see this in the results because in 2-3 years under him, we managed to go from playing in Spain’s second division to playing in the Europa League.”

-His biggest footballing influences growing up:

“As a goalkeeper, I began to watch football at 7-8 years old and at that time, I would look up to Vítor Baía a lot. He was my reference at that time and he made me want to become a goalkeeper. He ended up retiring but he was definitely a role model for me. At the worldwide level, Casillas was a goalkeeper who always captured my attention…I could name more but I’d highlight those two.

As time went on, I began to identify myself a lot with Rui Patrício in terms of characteristics, the dominance of both feet. We’re both left-footed, we’re both named Rui, so I ended up liking him and always wanted to watch his big games. I wanted to learn from him and see the way he led, made saves, all of this, the movements…all of this captured my attention.

In general terms, in terms of professionalism and setting an example, I have to highlight Cristiano Ronaldo because he’s a reference point, a motivator and a massive influence for all of us. His work ethic and sacrifice, this is something that we manage to see and later I managed to play with him and I can conclude that he is an example for all of us, so I’d highlight those four athletes.”

-Competing with Claudio Bravo for the starting goalkeeper position at Real Betis:

I end up observing the way he leads, trains, competes…even at 39 years old, his desire to play, and compete is very rewarding because many people reach 35 and no longer have this desire to continue competing at the highest level. These things are rewarding for me and I always try to learn this stuff from the best.”

“He’s a manager that gave a lot to our national team with the achievement of the Euros and Nations League. A manager who will be remembered forever in the history of our country, a great reference point and a great manager. He took a chance on me, my debut came under Fernando Santos. I have an enormous affection for him and I wish him all the best.”