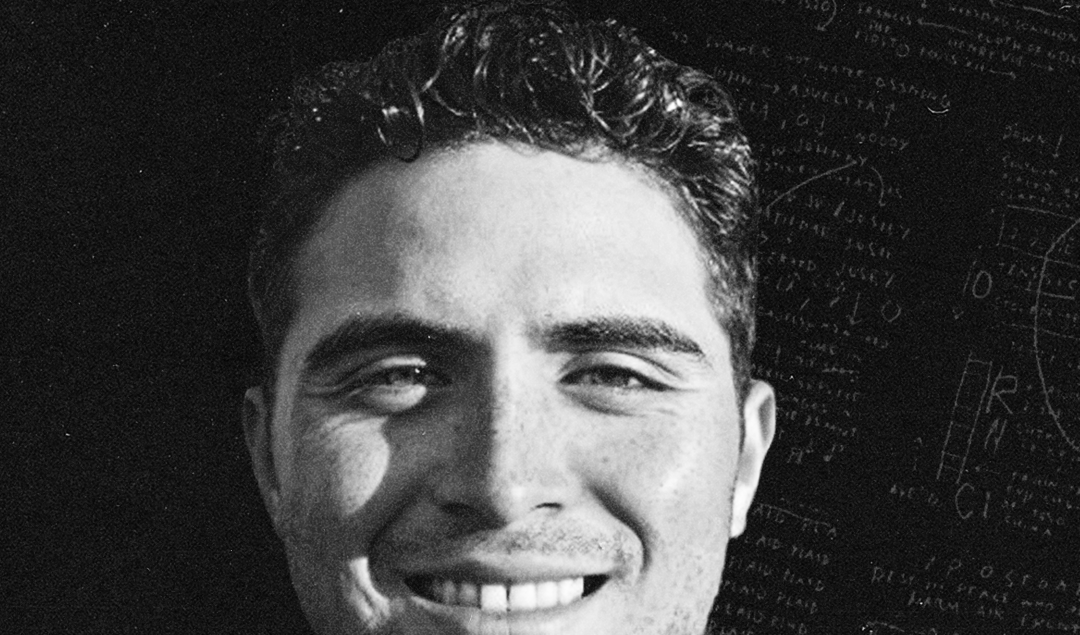 Anders Perez is the General Manager of Juventus Academy Silicon Valley. The club has an incredible tale, formed by immigrants in the height of the Baby Boom and is now formally affiliated with one of the world’s true footballing superpowers.

Robert Pratley spoke to Anders about this remarkable relationship and the future of youth development in the US, both for Major League Soccer and the US National Team.

Are you able to explain a little bit about yourself and your role, as well as the club’s interesting history?

“I’m the executive director of Redwood California Academy which means I am in charge of our day-to-day operations and also the technical operations. I myself joined the club five years ago, having played in a MLS youth academy and then collegiately.

As for the partnership with Juventus, it’s quite a funny story. It was founded in 1956 by a group of Italian Immigrants in California and operated under the name Juventus Sports Club, in homage to the Turin club. We officially joined Juventus FC Academy Project in January 2019.

One of our shareholders is a big Roma fan and he was able to get us in contact with the official Juventus sporting network and they came and evaluated our project and the long term plan.

Luckily, we were able to join them in a partnership and were taken under their wing. As a result, we’re now an official Juventus academy in the California Bay area, called Juventus Academy Silicon Valley.” 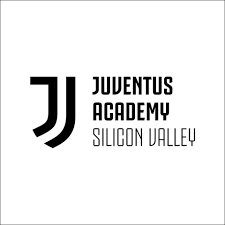 The club officially affiliated with the Turin giants at the start of 2019, one of many examples of European clubs tapping into the American market. Photo: Juventus Academy Silicon Valley Facebook

You mentioned that Juventus had evaluated your long term plan. Can you shed some light into what the short and long term plan actually looks like for Juventus Academy Silicon Valley?

“So our long term plan is a little bit different than some other academies. Every European team is looking towards the US and North America to scout for talent. We don’t just want to get a single player to Europe, the pipe dream is to bring a professional franchise to our fold, which would be finishing the pathway that was started in the 1950s.

In the shorter term, players have the chance to be seen and taken to Italy, and evaluated. We recently took two teams in February for a one-week training camp; boys from 2006 and 2003. We’re committed to working diligently with younger age groups, around 12 and 13 to identify top talent and offer them a pathway to Europe as well.

Juventus come and evaluate the academy periodically and we’ve been assigned a technical director, Carlo Mastellone, whose role is to scout and identify as well as check in our progress.”

Obviously, this is quite different to playing. Did you always think you’d look to be involved in grassroots football even if you didn’t make it as a professional?

“The game is nothing with the grassroots. I’ve always had a passion for coaching and developing academy players, and I was myself part of an MLS Youth Side.

Once I graduated and wanted to stay in the game, Redwood [Juventus] gave me an opportunity. The club needed directing and management. I was a coach but also wanted to be involved in the strategic execution which meant I stepped into the business side as well. I wanted to try and navigate them both and I’ve been doing it ever since.

After all, any organisation requires business acumen to guide and execute long term goals. I’m still involved in the technical and the coaching side as I can draw on all my experience.”

Redwood was founded by immigrants who had a dream to play sport, and are now affiliated with one of the world’s footballing superpower. Photo: Juventus Academy Silicon Valley.

Do you think coaching in the USA has significantly developed from when you were a youth player and do you think that you might have had more of a chance of ‘making it’ with this new approach?

“It’s an interesting question! Professional coaching in the US has grown as far as football goes exponentially. I was a 90s kid, and I remember the 1994 World Cup which I was growing up in San Francisco. The training environment certainly wasn’t the same as now and coaches were not educated in the game.

They were still learning, but there was no coaching education. Of course, there was also no resources and no internet, so it was a bit tougher than now when we have more knowledge. Nowadays. Coaches have to have experience and education and so the level has improved.

Players also have more available opportunities, and I think players 20 years older than me would say the same. There are more knowledgeable coaches providing a better development pathway.”

Do you think this change in approach is what is required in order to start developing more global stars like Christian Pulisic? Why do you think it was more attractive for him to finish his development in German football?

“Pulisic is the outcome of a clear pathway and sensible progression. You can see the fruits of the investment which was done between 1994 to 2010. It’s leading to the calibre of players you are seeing now. The U.S. Soccer Development Academy – which has now sadly folded – was instrumental because it raised the level and standards that each club had to provide youth players.

The US Soccer Development Academy has been integral in developing a number of younger MLS stars before it was unfortunately shut down this year. Photo: Robin Alam/isiphotos.com

It’s not perfect of course, but it is still able to produce players like Reggie Cannon, Christian Pulisic, Alphonso Davies.

As for the attractiveness of German football, I think it’s subjective! Italian sides tend to be a bit tougher to get into, like in Spain, than in England or Germany. Germany are of course open to investing in young players and this is certainly attractive to young Americans.”

Obviously getting experience is massive for a young player, but do you think players should look towards loans rather than just getting a chance straight away in the first team?

“It’s different strokes and different paths work for different players. You have clubs like FC Helsingor who are obviously looking to provide more opportunities for young players.

However, from the perspective of a young player, they have to prove themselves rather than just making the jump to someone like Juventus. I’d compare Juventus’s main academy to Real Madrid that the focus is on developing the player to sell. These players still can go on to have good careers in the Serie A or Serie B. I think the last Juventus academy graduate was Moises Kean. 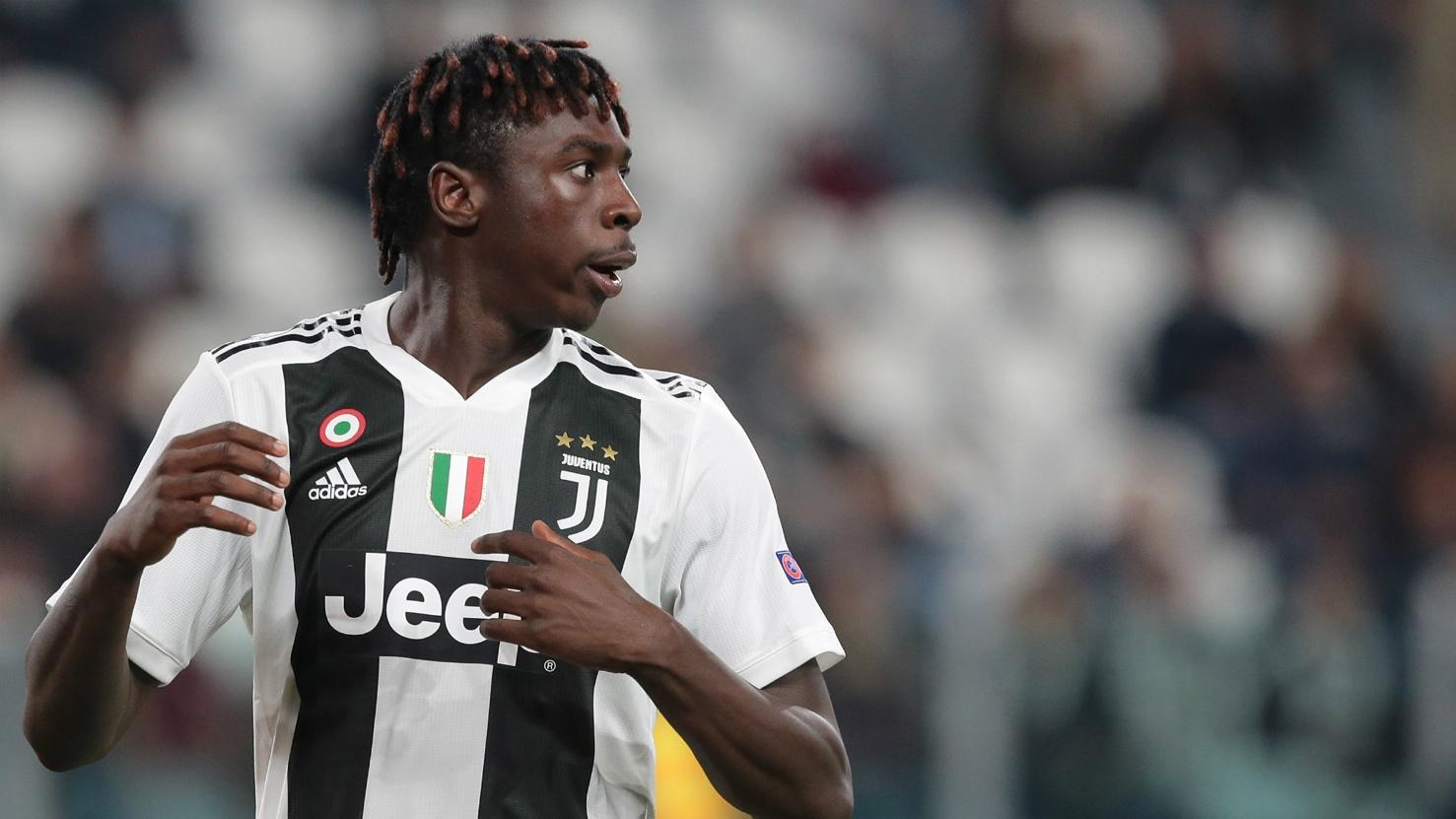 Juventus players need to be phenomenal players. But, you do know that the connection with the brand means you’ll get a chance at a lower level.

For young Americans, it all depends on what pathway you take, but you are going to get a chance to be seen. The power is in your hands nowadays, whereas in the past it used to be that you had to have some luck, know the right person or a fortunate event.

I always remind players that we have contacts. They are just one phone call away from the academy.”

What’s your opinion from a coaching perspective on players having a brand identity or trademark image that they work on?

You always have to keep that balance in mind. A brand is only as good as the product and players will want to market themselves. Of course, there is a standard across all professional leagues in US sports, not just in football.

Performance is the no. 1 driving factor in terms of marketability. Everyone wants to be a winner – see The Last Dance!

The Last Dance is a 10-part ESPN series that detailed the 1997/98 season of the Chicago Bulls. Photo: ESPN

It’s about setting expectations with players early on. The best coaches will use it as a positive influence and a motivating factor. This is what is needed at academy level, in MLS teams or professional teams. You can start educating players as early as possible. I don’t think it’s so necessary at a non-pro academy though.”

“It’s a single entity model, no promotion and relegation. There is no consequence for teams losing. And this is understandable as it is what needed to be done to help the league grow and be sustainable from its inception to now currently.

They have only just begun tapping into the market of transfer fees. Not every MLS team’s view of developing players is to develop players and get them into the first team and that’s ok. There are some clubs that choose to focus on this model such as FC Dallas, Seattle Sounders, or San Jose Earthquakes and there are others who don’t.

For some clubs, the goal is to be a destination club, so that means do you promote or buy a player? At the end of the day, whatever the club chooses, the American player DOES have other options.

The market is not there because the player is currently not there in mass. We produce a lower rate of exceptional high-quality players than other countries. If the Juventus partnership has shown me something, it’s that the level of coaching that you see in Europe still has a big gap compared to in America. 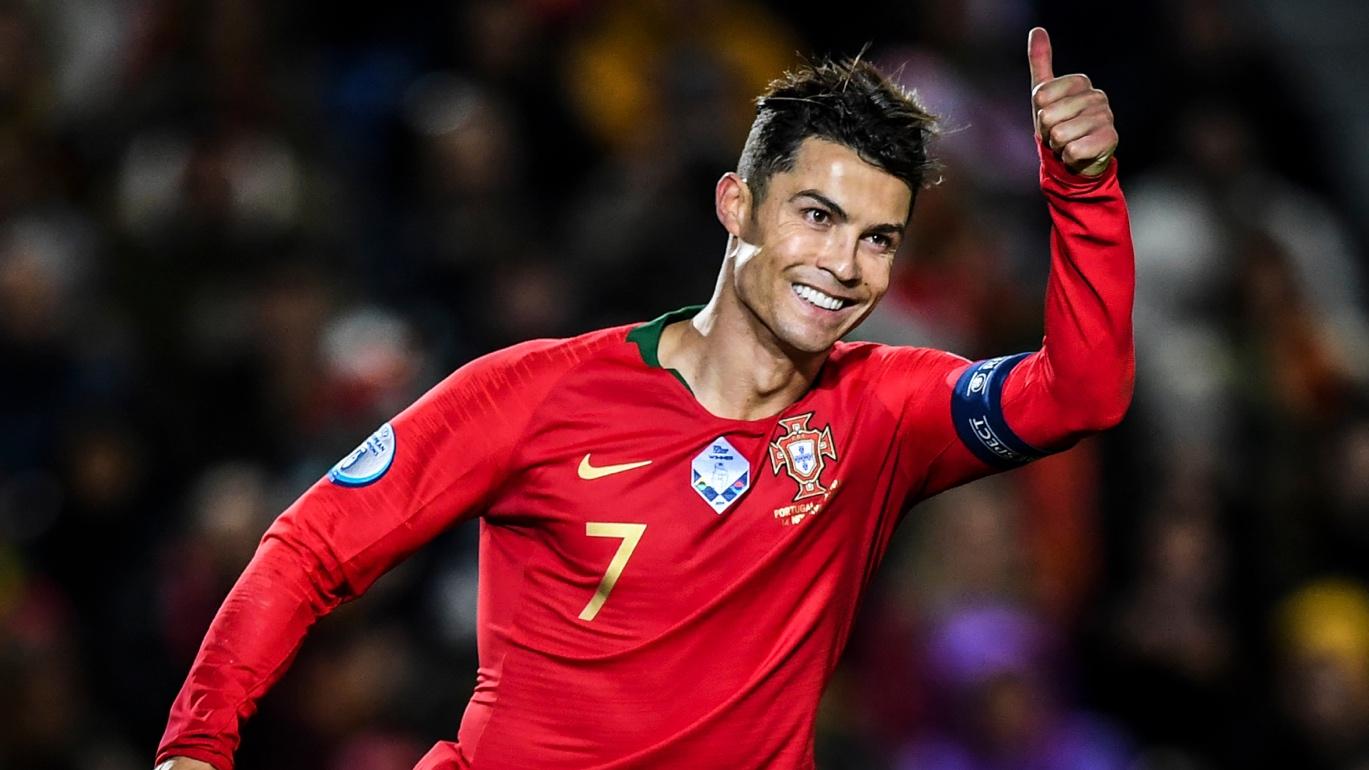 Can you elaborate a little on this gap?

We’re still so far behind, and you don’t know what you don’t know. In general, there are still conflicting theories about position versus possession. Plus the coaches think: ‘my team looks good so I look good.’ There isn’t one singular goal of ‘how can I develop these 12 to 18 players?’ The individual needs of single players need to be addressed

Every player needs a profile and every training session is developed to their needs. It’s the core principle of Juventus – develop the player to improve the team, not vice versa. You have to adopt individual development as the core principle, rather than team tactics. Otherwise the progression of players will be lower than European teams.

Ultimately, even with designated player rules and roster caps and limits, but overall, a player is going to play if they are good enough. It’s up to them to convince a manager that they are at that level and it needs the manager to take some level of risk.

Of course, you might get players where the level is raised, and this gives the manager too much doubt. It’s skewed towards the manager saying, ‘let’s give them a chance’ in the team.”

Do you think with these developments, the USA National Team is getting closer towards being able to compete with our nations at World Cups and other international tournaments?

“In terms of competing with the best, I think we are closer than we were! We need more Pulisics, more Reynas. One position I would say we need to improve in is centre back. 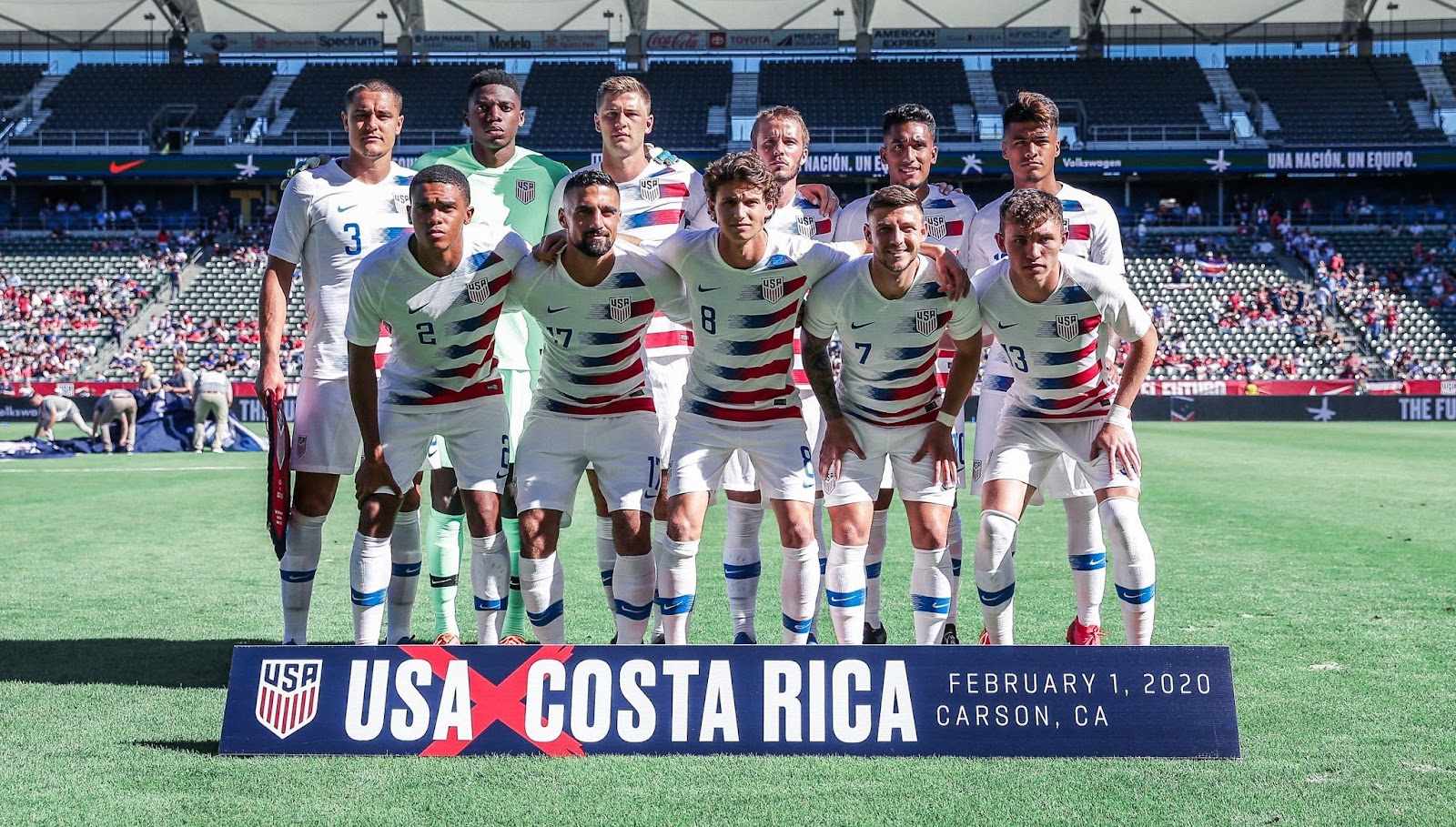 Our players are not technical enough to play with the ball at the feet, they still rely on the physical defensive profile. In modern possession-based football, all players need to be ball-players, it is a key part of the team.

In terms of competing, we are getting closer and closer. As we develop more players, they will be part of more European teams and this would improve the development of players as they’ll now be playing in Europe.

It’s still far away, but we are shortening the gap every year and we are moving closer. The MLS Youth League has now been created and it’ll be interesting to see what the pathway will be. There should be more opportunities and higher levels of coaching standards.

The next test is the 2022 World Cup and then by 2026, hopefully we’ll have a squad capable of competing against the best in each position.”